Real estate fairs acquire strength again and become a must when looking for a new home. In each edition, they receive the visit of thousands of prospective buyers who find the property sought, both for first residence and for second either as an investment opportunity. 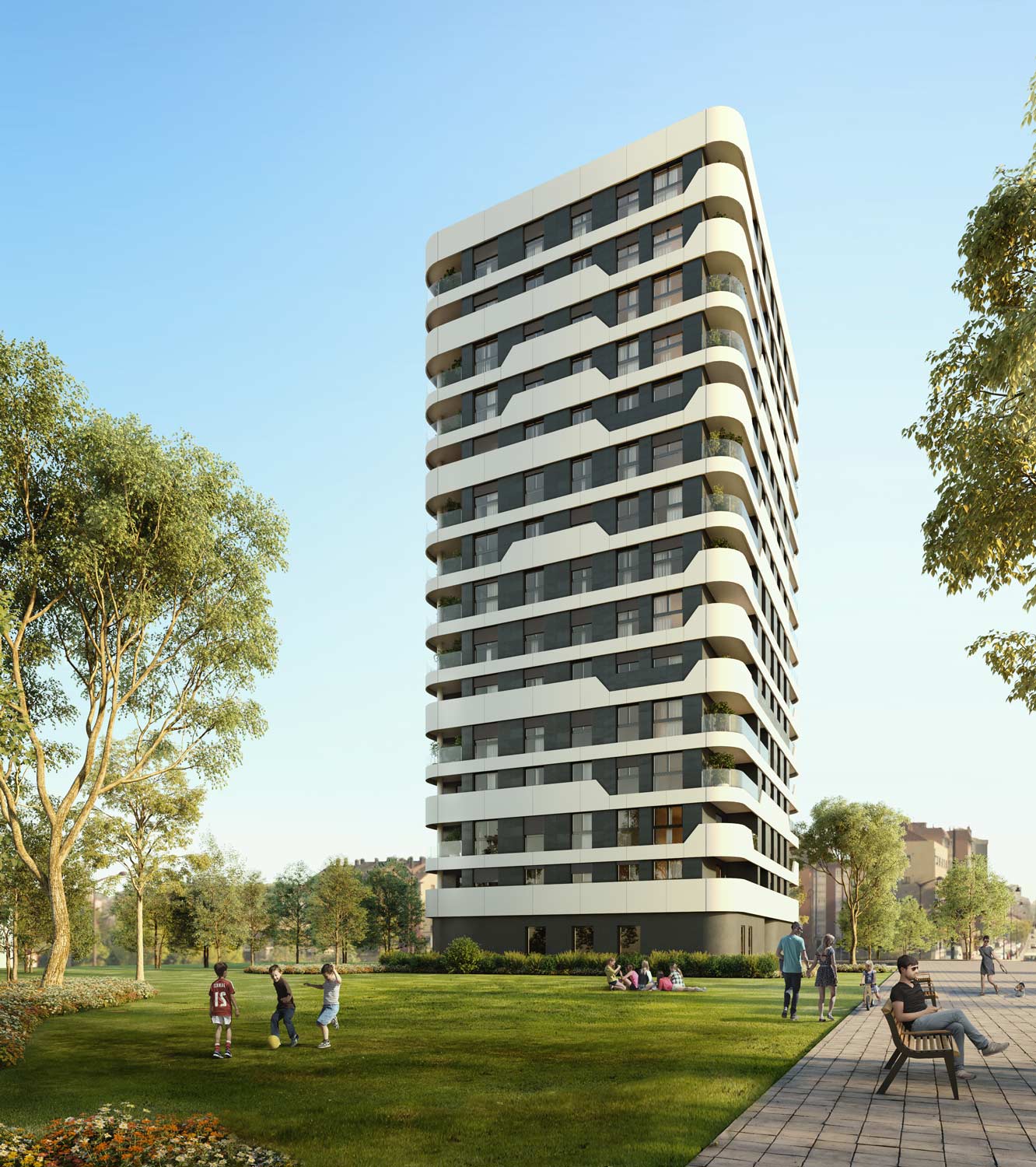 The wide range of available properties force to perform new marketing efforts to differentiate themselves from the competition and attract visitors to their stand. In recent times, virtual reality has been imposed with great advantage on the classical proposals. The interactivity offered makes it a more than recommended investment. 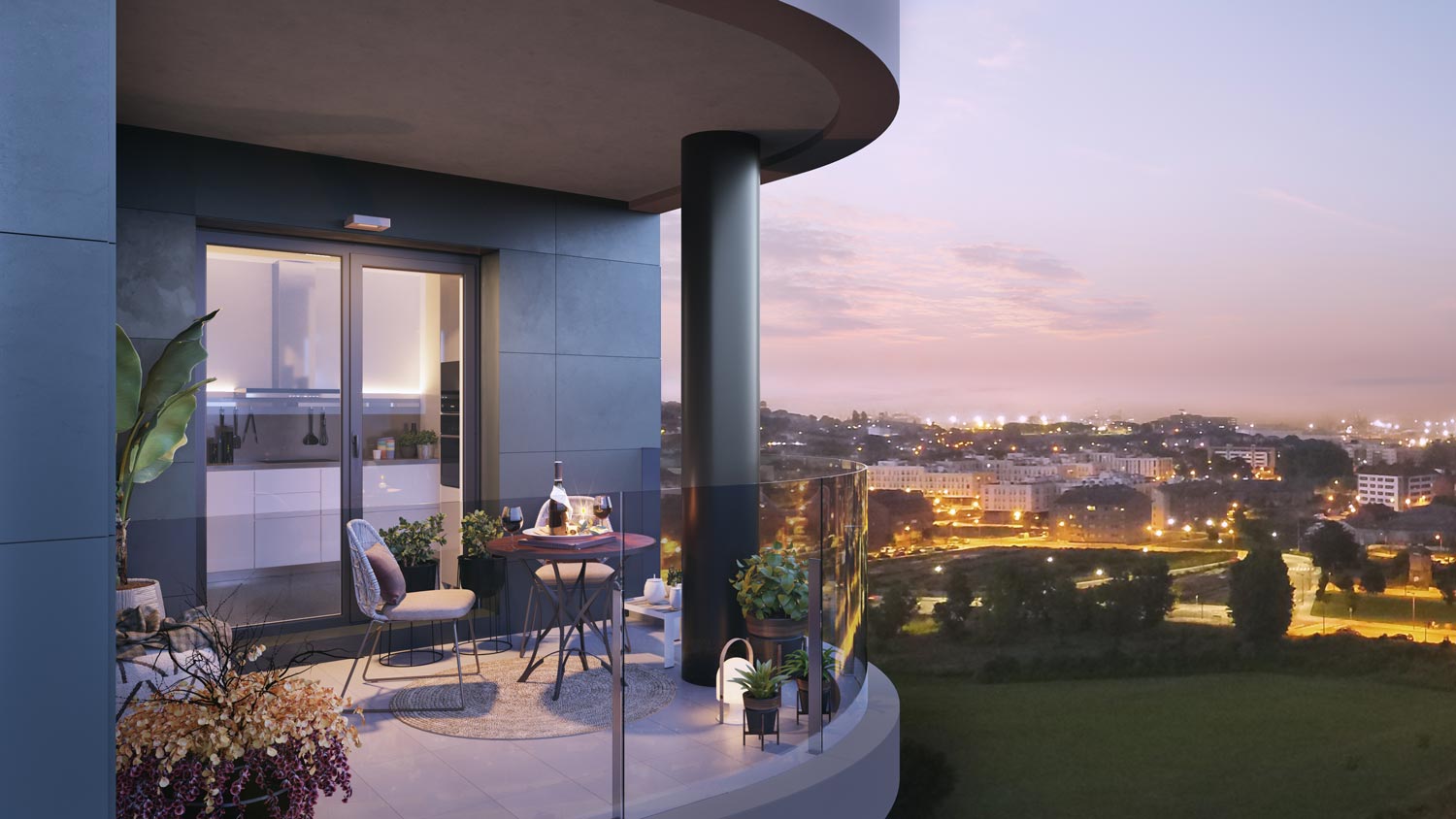 After making the architectural visualisations of a residential building in Gijon, the CSB real estate company trusted again in us for this new work. This time, it was a new housing tower in Gijon, Spain. The new Horizon Tower. 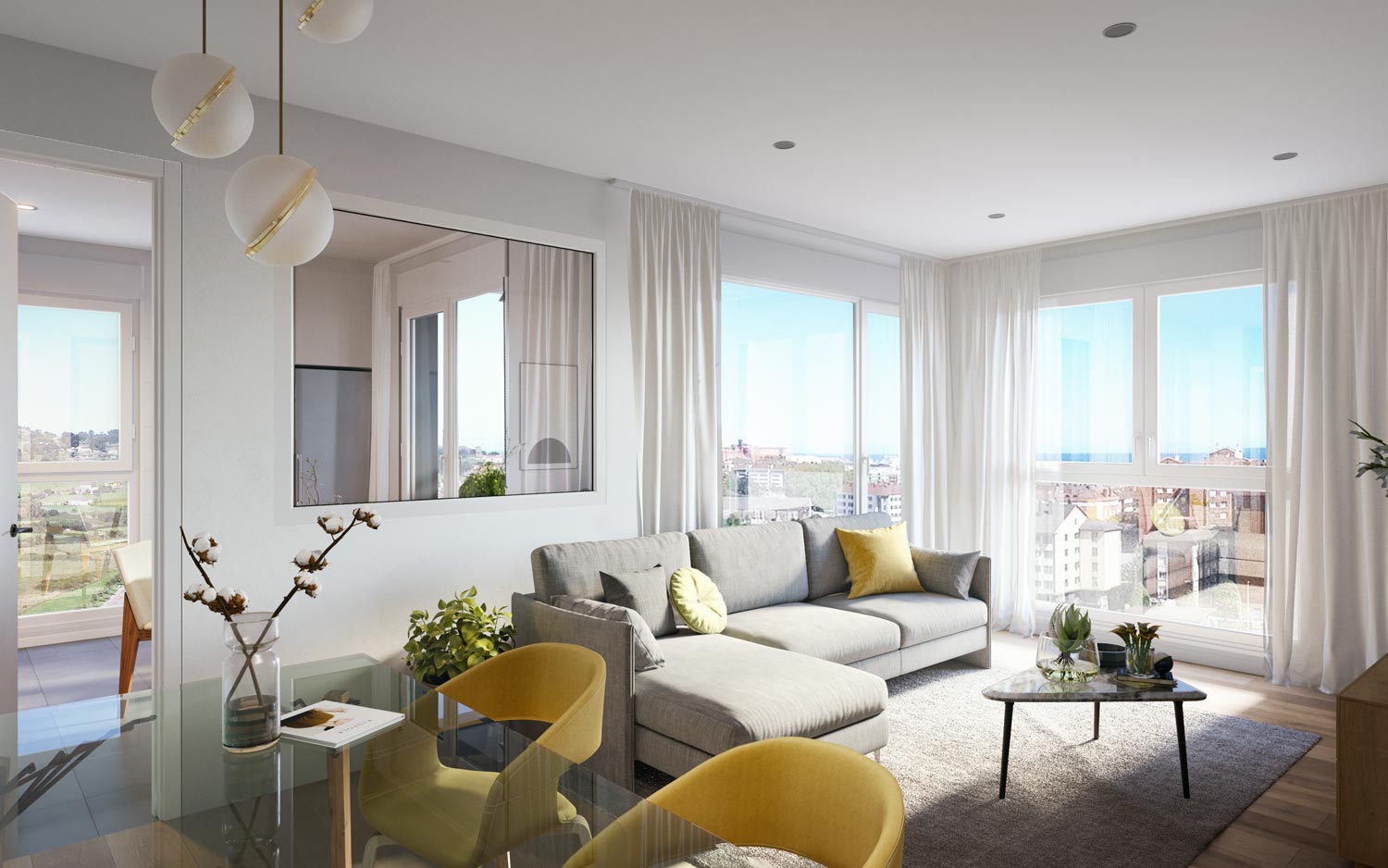 According to the latest research market trends, the client opted for a new format. An architectural 360° video with which to visualise the different rooms of the house with total freedom, recreating in those areas that arouse the greatest interest. Using the mouse or gyroscope, the user can direct his gaze wherever he wants. 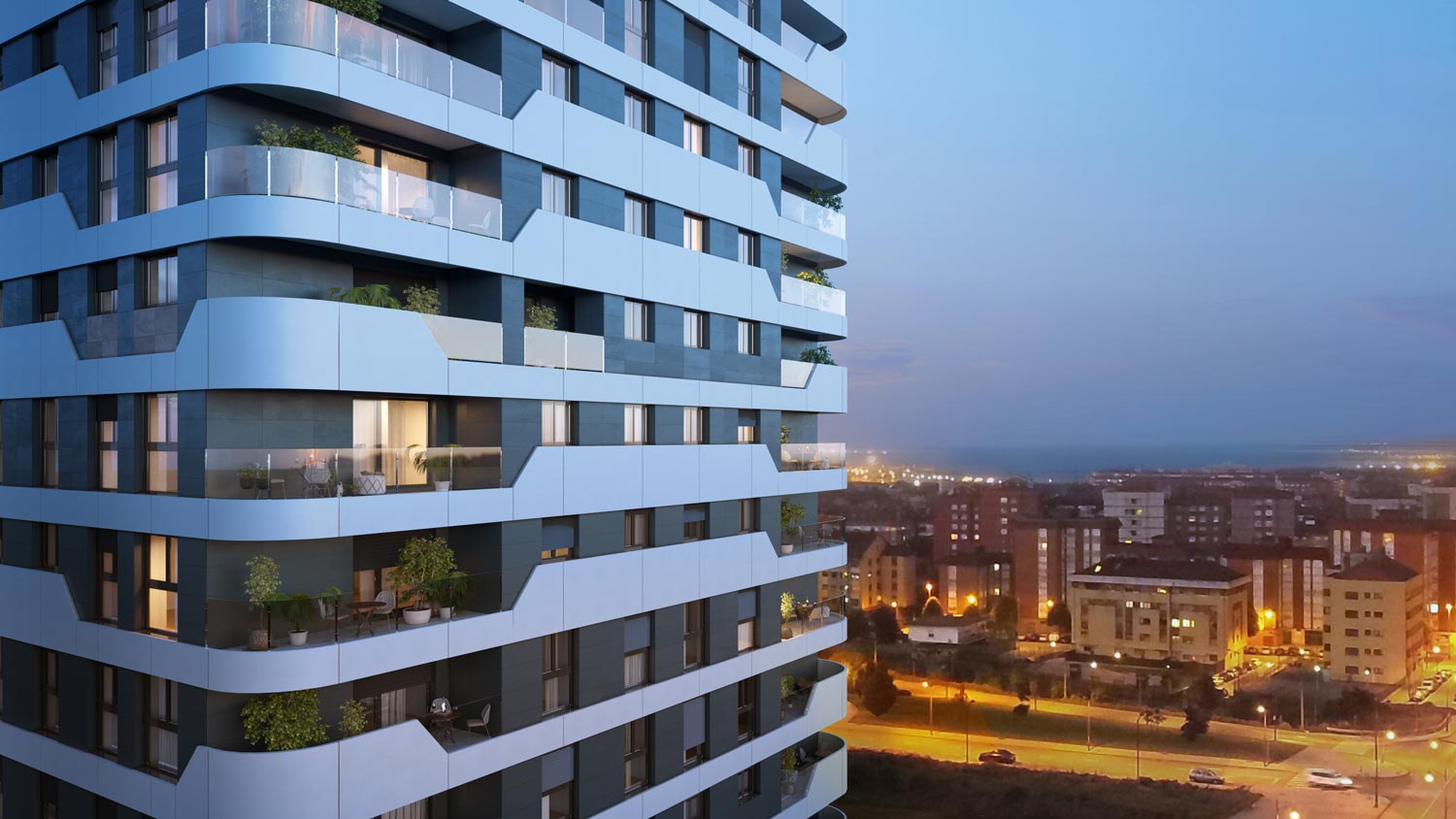 The 360° video includes background music, which accompanies the voice-off. This voice-over puts in value the benefits of the product and emphasises the highlights of the homes as the magnificent views or the possibility of personalisation of the housing. 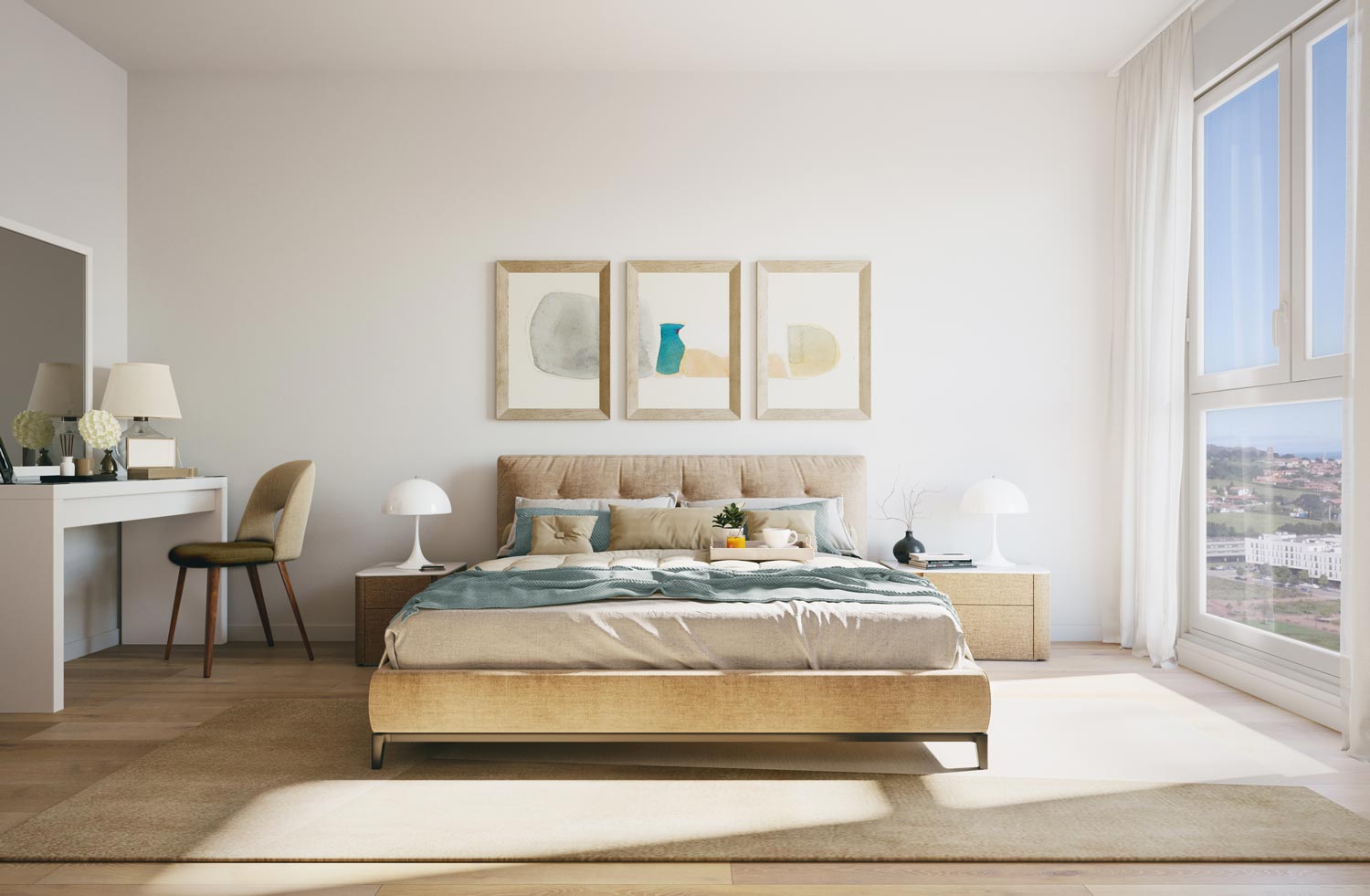 To develop the interior spaces of the 3D architectural visualisations we use reference images. A mood board that included a compilation of different styles. In this way, the client can communicate what to represent.

Once the 360 video was rendered, we chose the music and prepared the script that accompanied the architectural visualisations. Then, we recorded the voice-over and made the final montage.

Here you have a link to the developer company where you will find more information about the Horizon Tower, as well as the architectural renderings and 360 video we produced.