3D Architectural Rendering of a hospital in Chitre, Panama 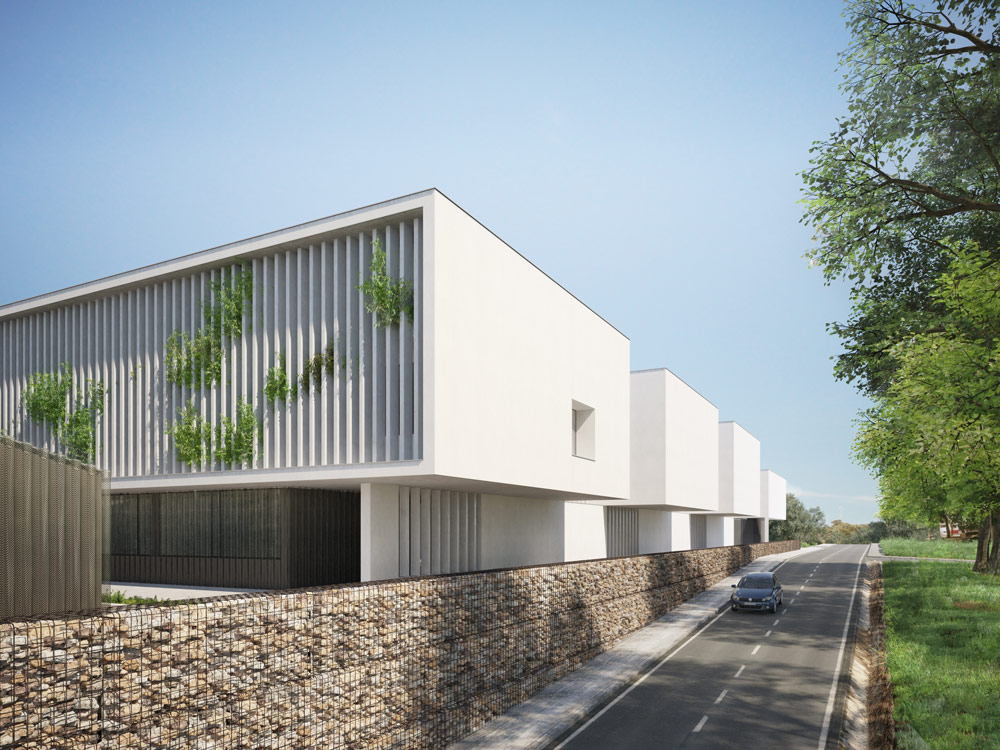 3D Architectural Rendering for an architecture competition of a hospital in Chitre, Panama.

The firm TASH arquitectos contacted us to order four renderings for the architecture restricted competition of a hospital in the city of Chitre, Panama. 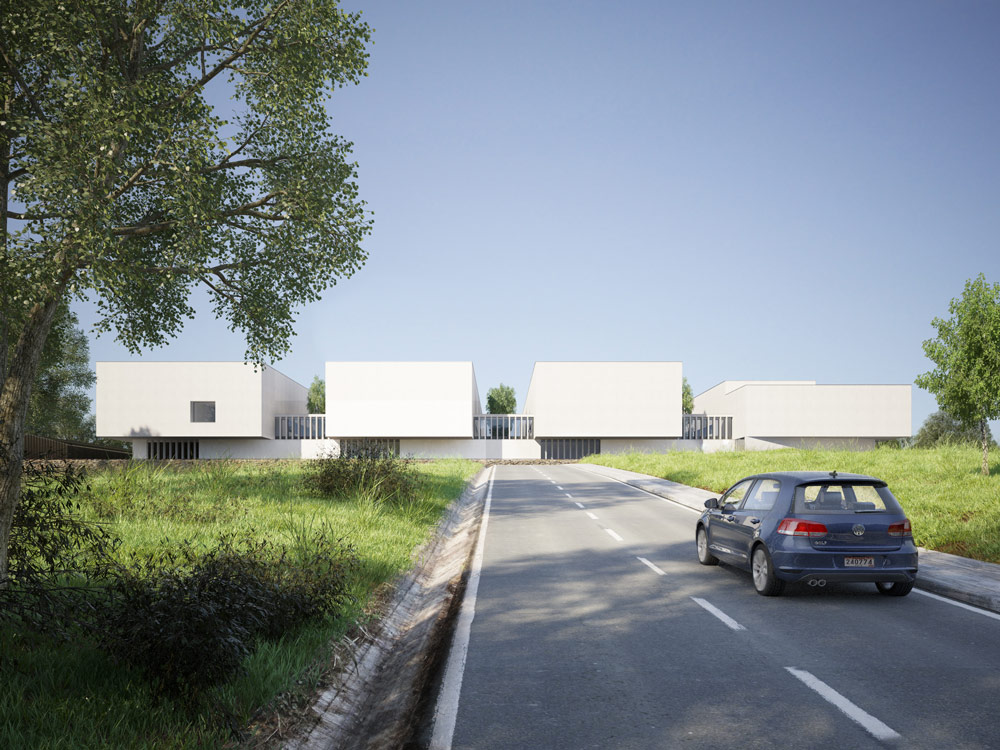 Once the building was modelling we looked for the most attractive views of the project. About 30 options were sent to our clients for their choice. Exceeded this step, we proceeded to place the different materials.

A key point on the development of this 3D architecture was the greenery modelling. We focused on reproducing the native vegetation from the pictures provided by the client. We achieved to create all the content of the images in 3D, both architecture, greenery and cars. 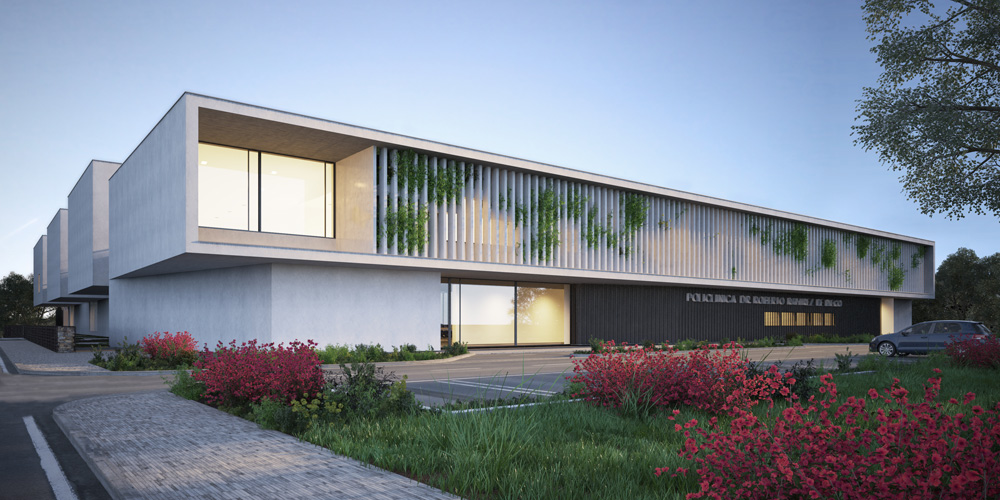 A project of simple lines and a minimalist appearance. It is based on four longitudinal rectangular volumes originating three courtyards between them. The boxes are practically blind except for its two main facades.

They are boxes with a concrete structure, lined with monolayer coating on its external faces and leaving the visible concrete on the internal ones. The main facades have concrete prefabricated vertical slats that include several garden boxes where the greenery appears towards the outside. The ground floor is cladding with a wavy perforated metal sheet. 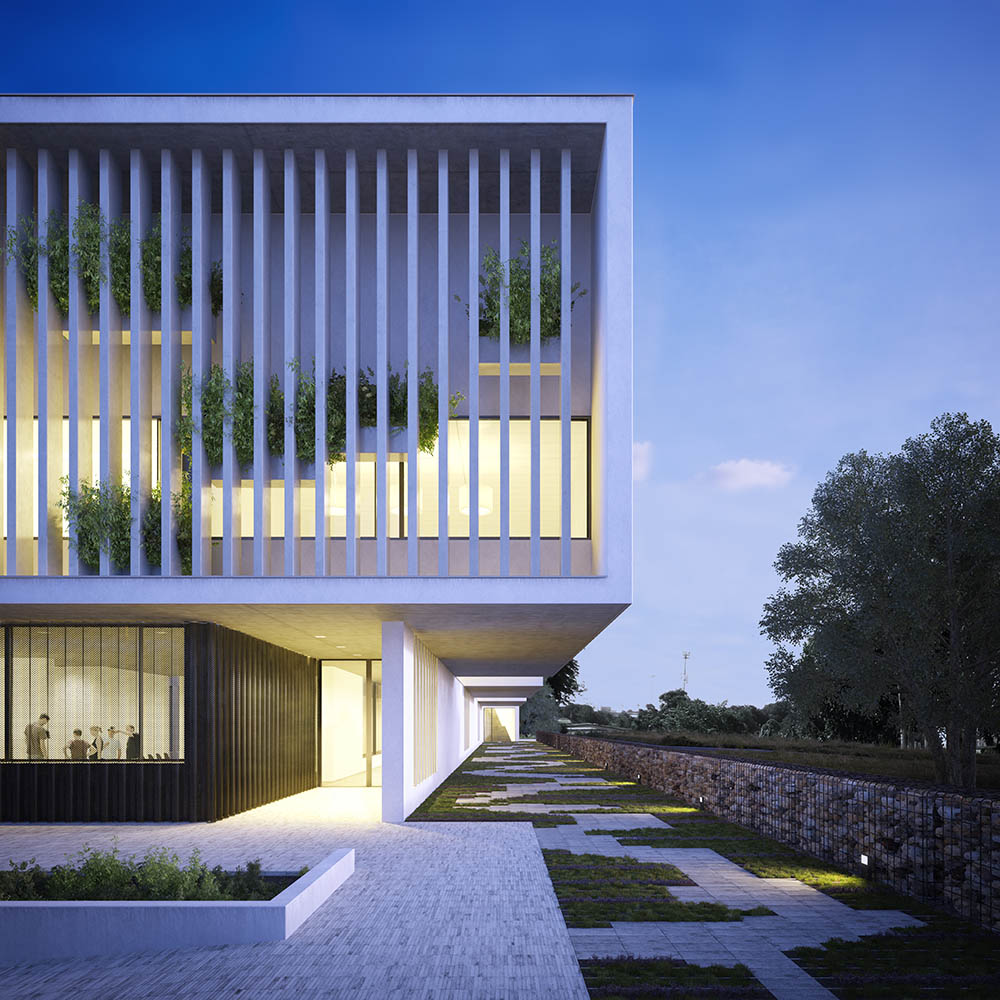 We are very pleased with the result of these images of 3D architecture. As our client, who return to contact us for another job that we hope to show as soon as possible.