3D architectural visualizations of the Hospital del Niño in Panama

The architectural firm Tash was invited to participate in the restricted contest for the extension of the Paediatric Hospital del Niño in the city of Panama. 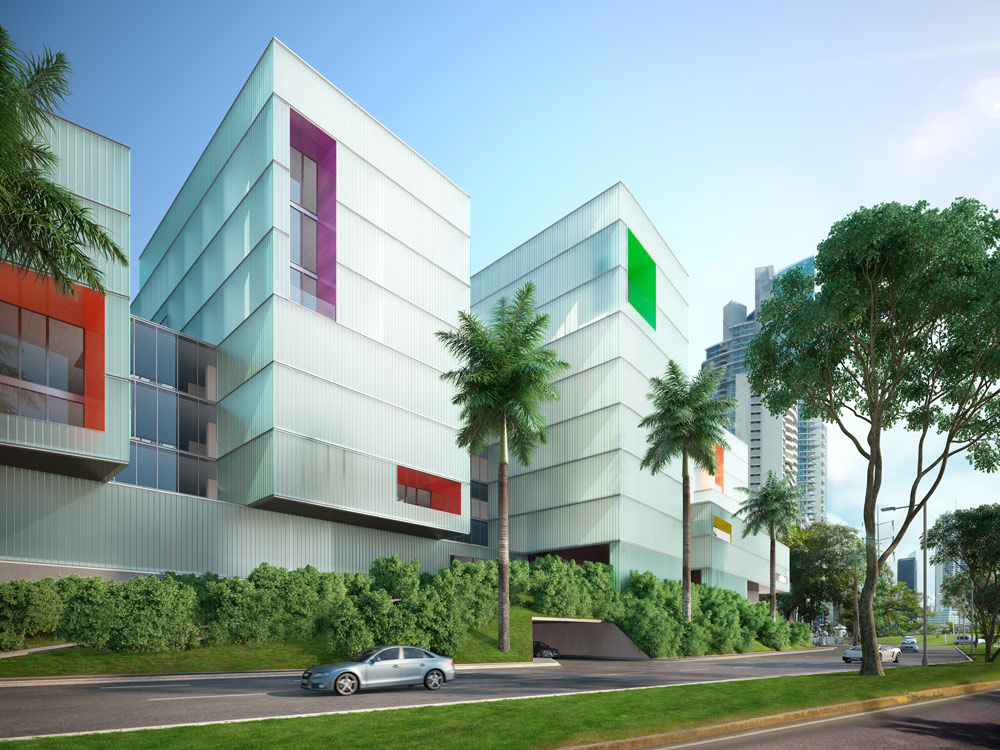 The client commissioned seven exterior visualizations and three interior architectural renderings. These images should be a good help to the presentation of their architectural contest proposal. 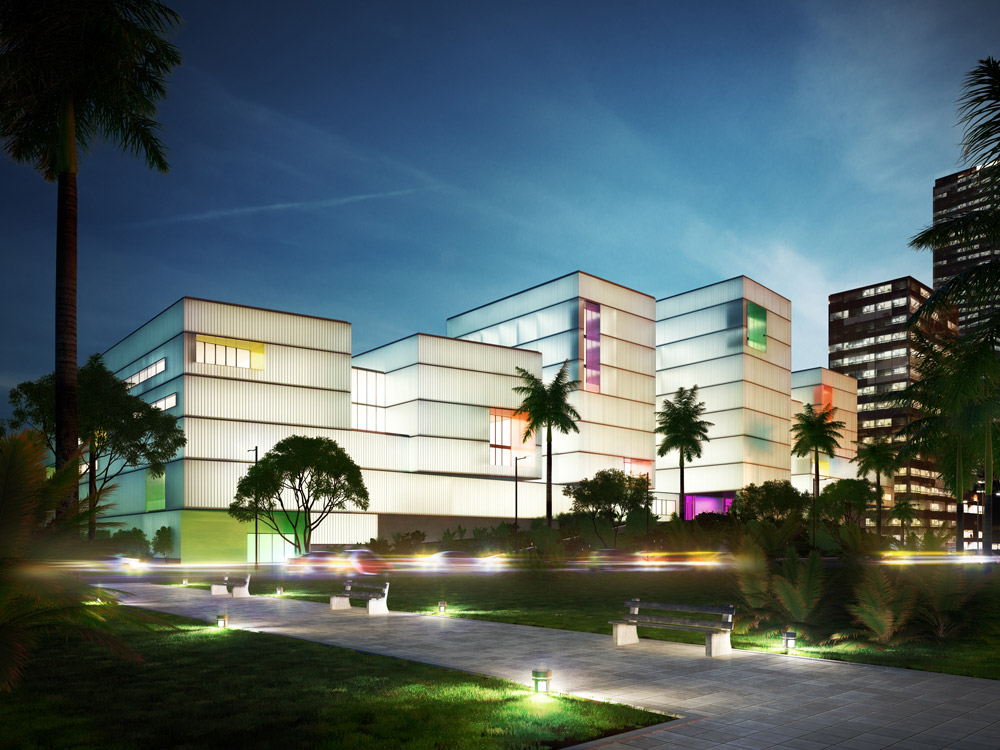 The buildings are located in the Balboa avenue, one of the most important streets of the city of Panama, on a plot next to the existing Hospital. The exterior architectural visualization should represent the relationship with the avenue and reproduce the native vegetation. In the daylight visualizations, cars circulating on the avenue were placed. In the nightlight visualization, great light effect was created mixing the cars lights with the light emitted by the hospital volumes. 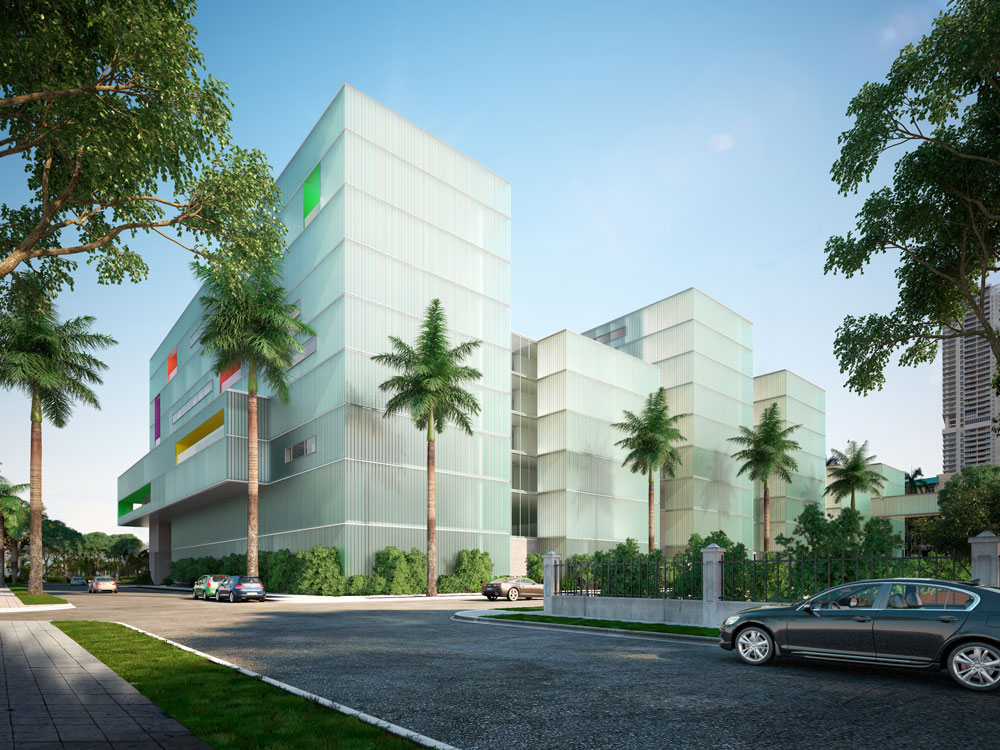 The extension of the hospital is composed of six volumes with u-glass transluced facade combined with big color openings and a connecting bridge of transparent glass. 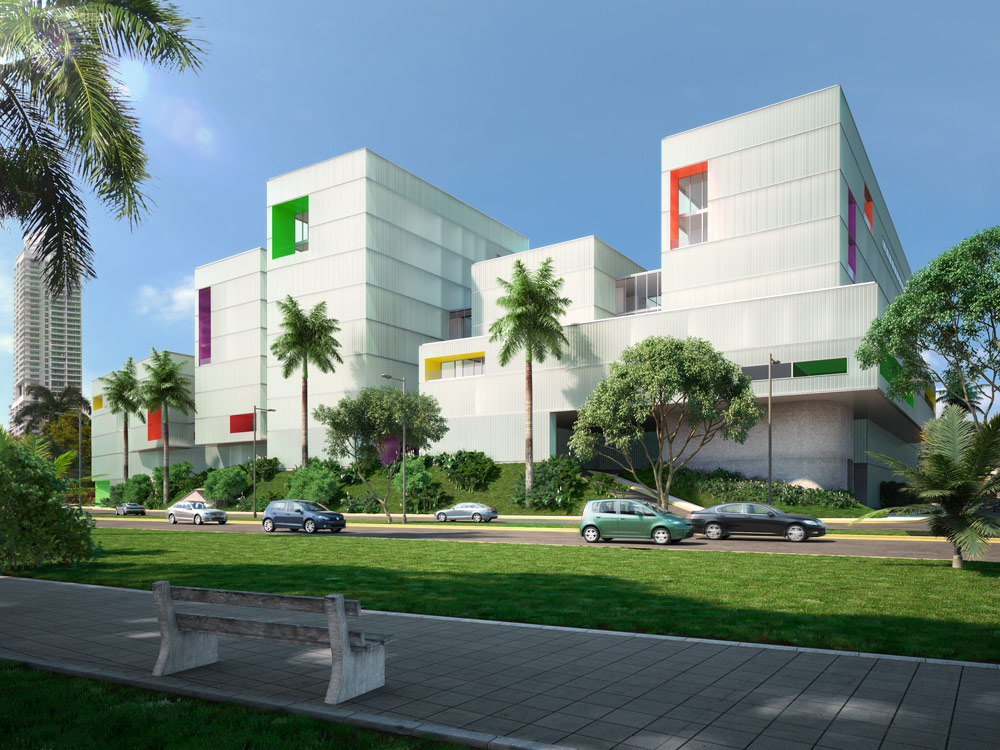 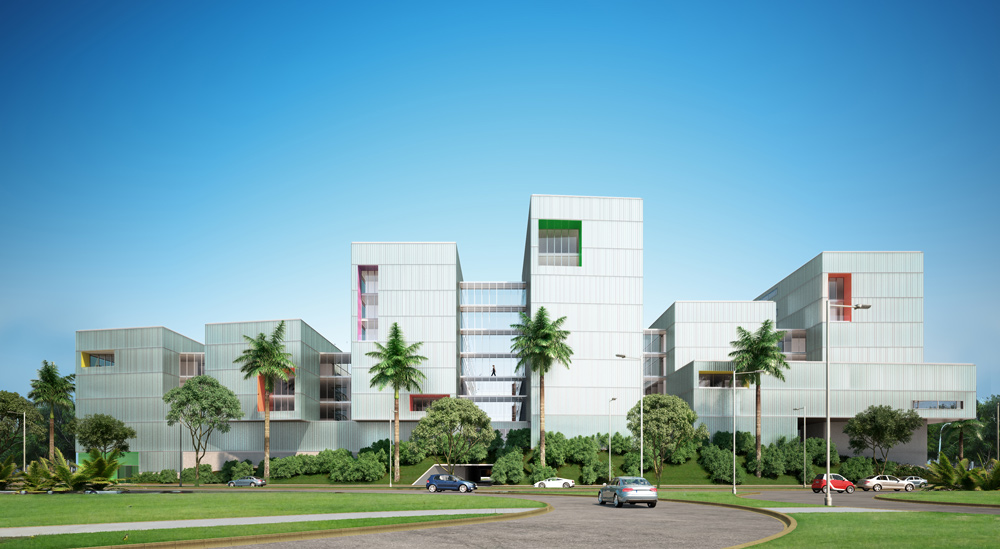 In terms of vegetation, royal palms were reproduced entirely in 3D. Once the 3D architectural visualization were ready, they were incorporated into the actual photos that were taken in situ so that nearby buildings will appear. 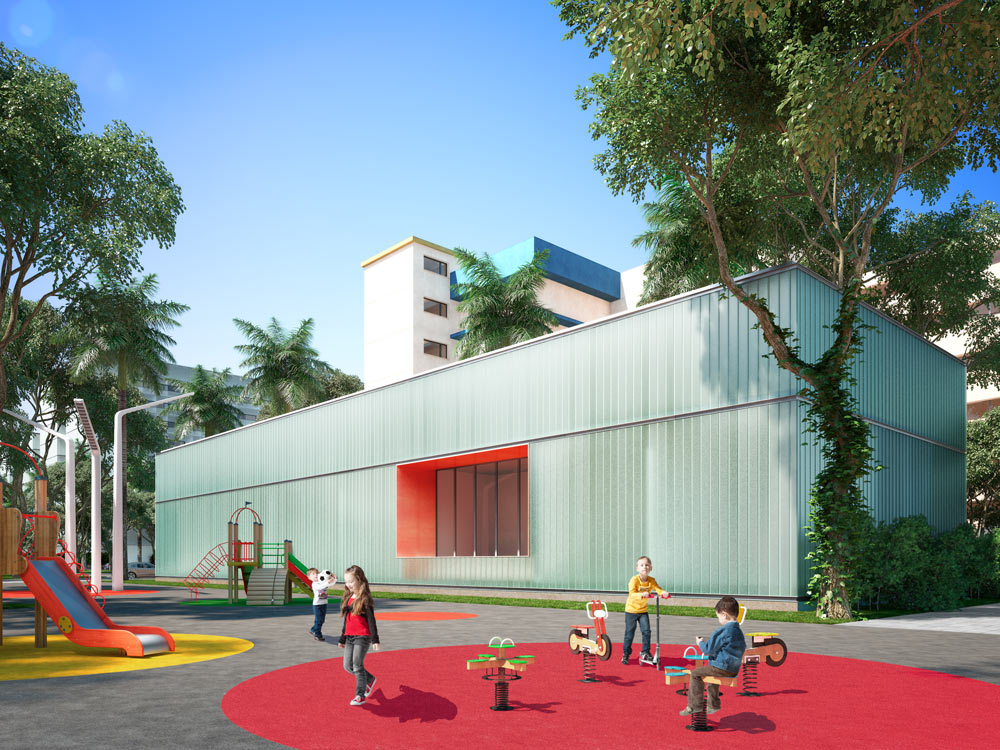 The interior architectural renderingss must capture the life of the paediatric hospital. Common spaces with children’s furniture that ranges, like the facade colors, depending on the floor in which it is located. The common areas play in turn with big polka dots in a range of colors that, like the furniture, changes depending on the floor and makes the interior cozier . 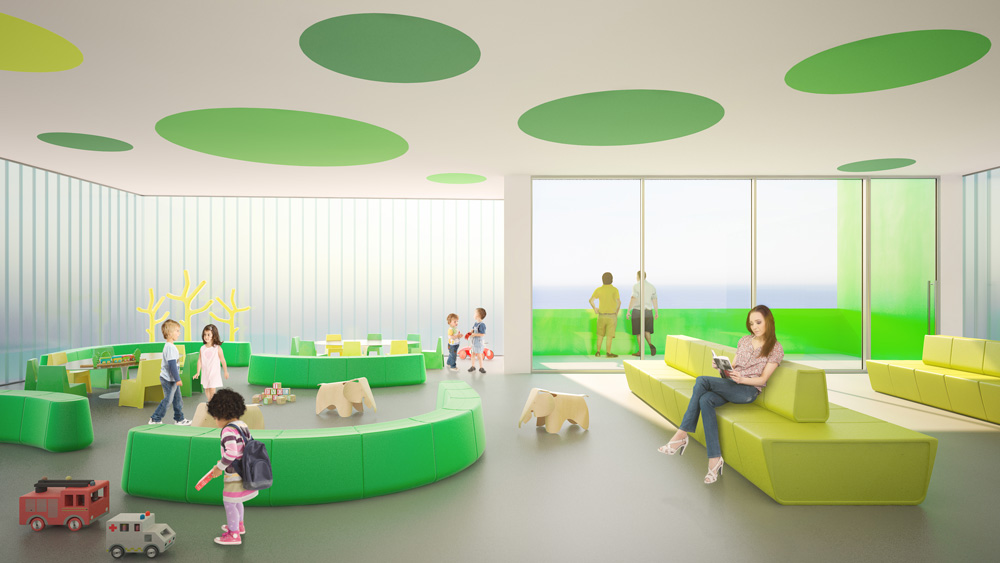 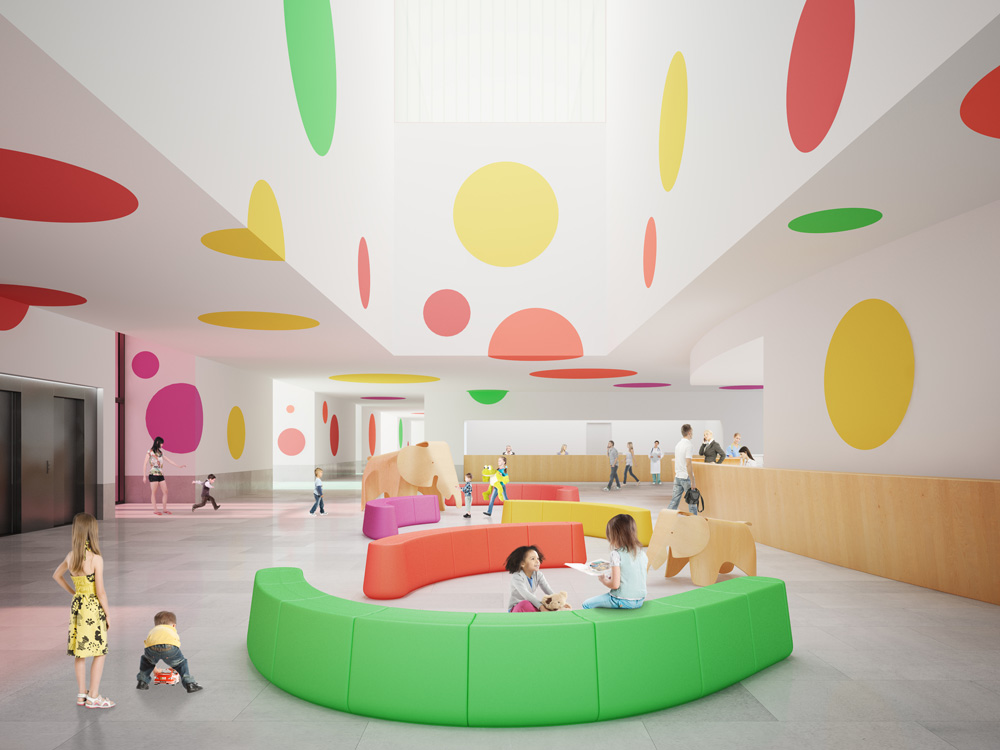 From here we give our most sincere congratulations to the Tash team for these project. Good work! 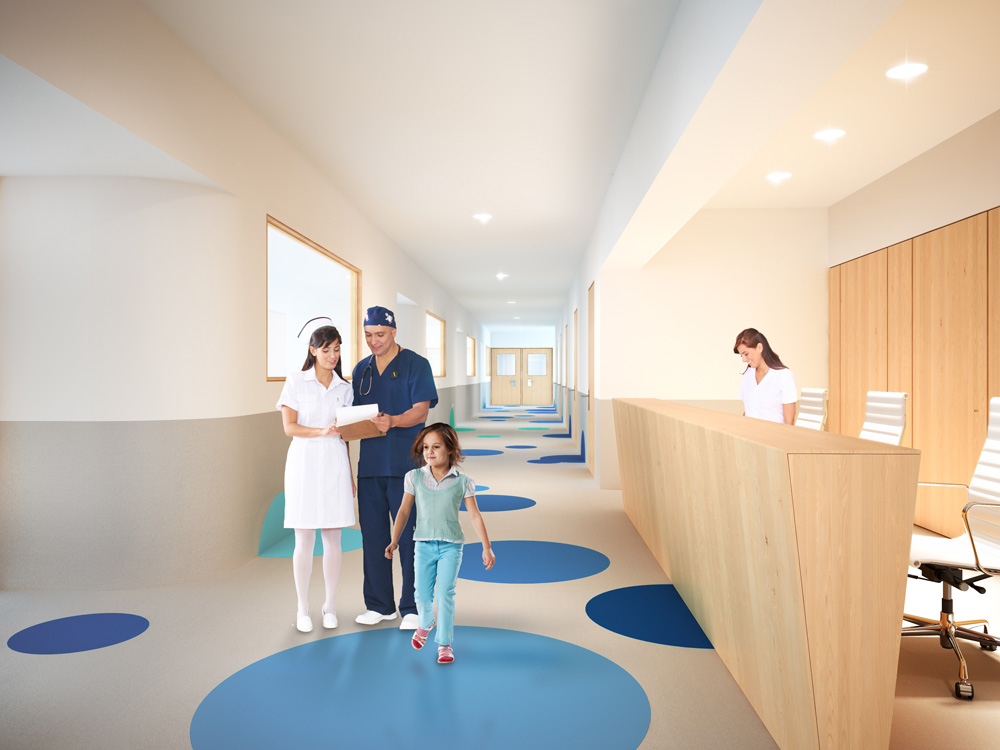