3D Rendering of an architectural competition in Paris

Today we publish a new work, it is about renderings for an architecture competition of a new residential complex located in Saint Germain-en-Laye, Paris.

The architectural firm HUSH commissioned three exterior architectural renderings to explain their proposal for the competition. The first 3D rendering corresponded to an exterior view of the apartment homes. The second 3D computer graphic included a view of the elevations of the residential complex. Finally, we performed an aerial view in which the surround of the building was visible. 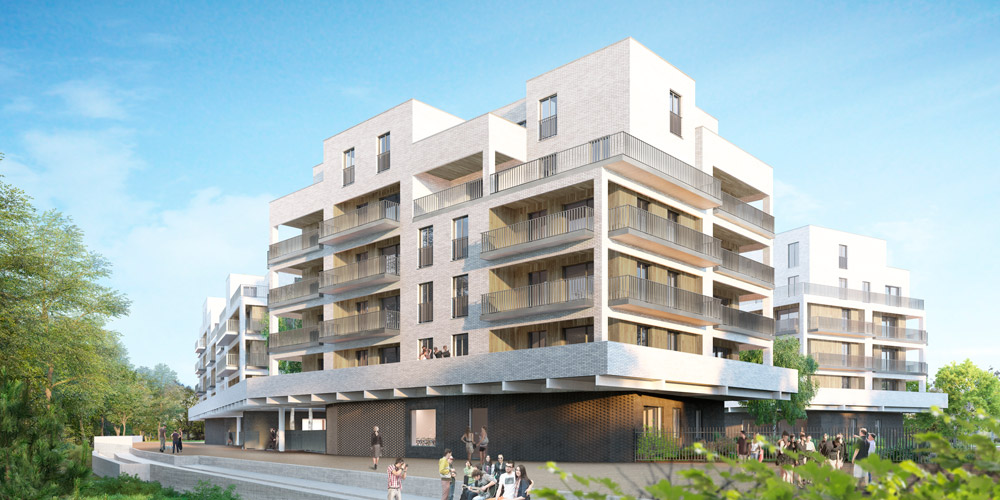 As it used to happen in the works for architectural competitions, some tight deadlines and constant communication between the parties throughout the whole process was required. Since to project decisions were taken the modeling was performed. 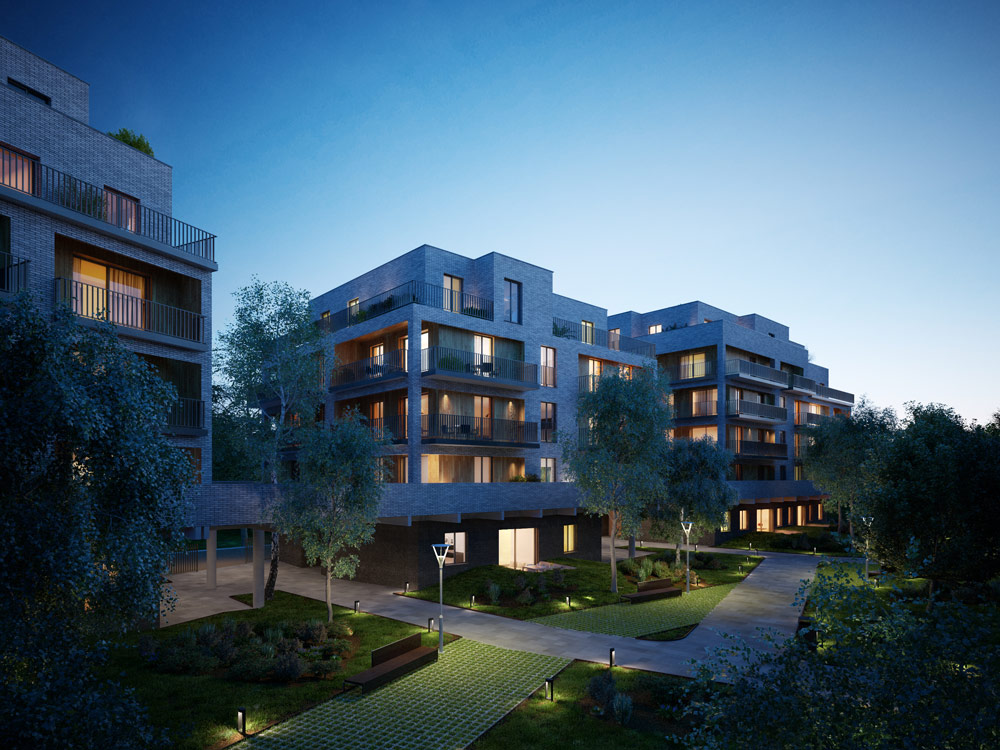 Customer wanted some 3D renderings containing a late afternoon lighting. Some tests lighting were done and, finally, a slightly more daytime lighting which was initially raised was made in three of the four visualisations.

The project sought to integrate with the surround. A dense forest that required a complex native vegetation modeling that came to be incorporated through the floors and green roofs of the buildings. 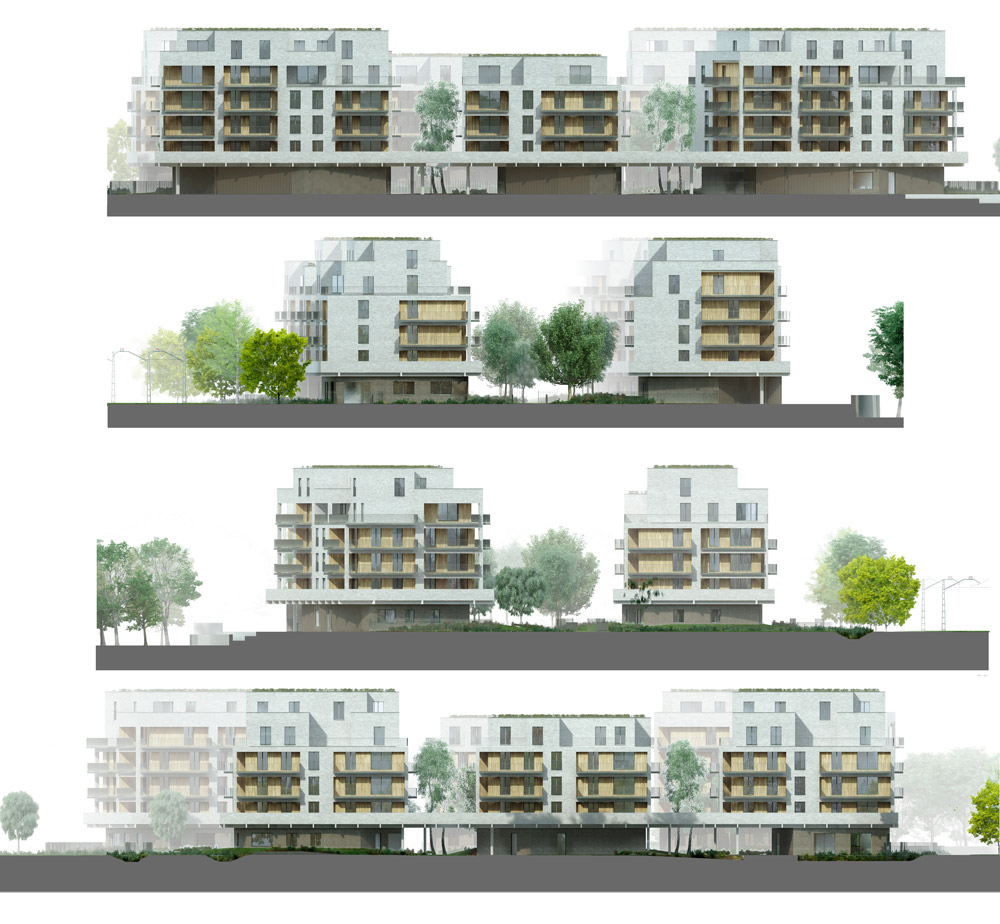 Main facade materials were defined from the outset. A gray, irregular and rugged, manual brick combined with solid Robinia wood, a weather-proof resistant. The rest of elements and materials such as types of flooring, fences or handrails were defined with the help of the 3D renderings.

Finally, we want to congratulate our customers since were winners of the architectural competition. Good job!