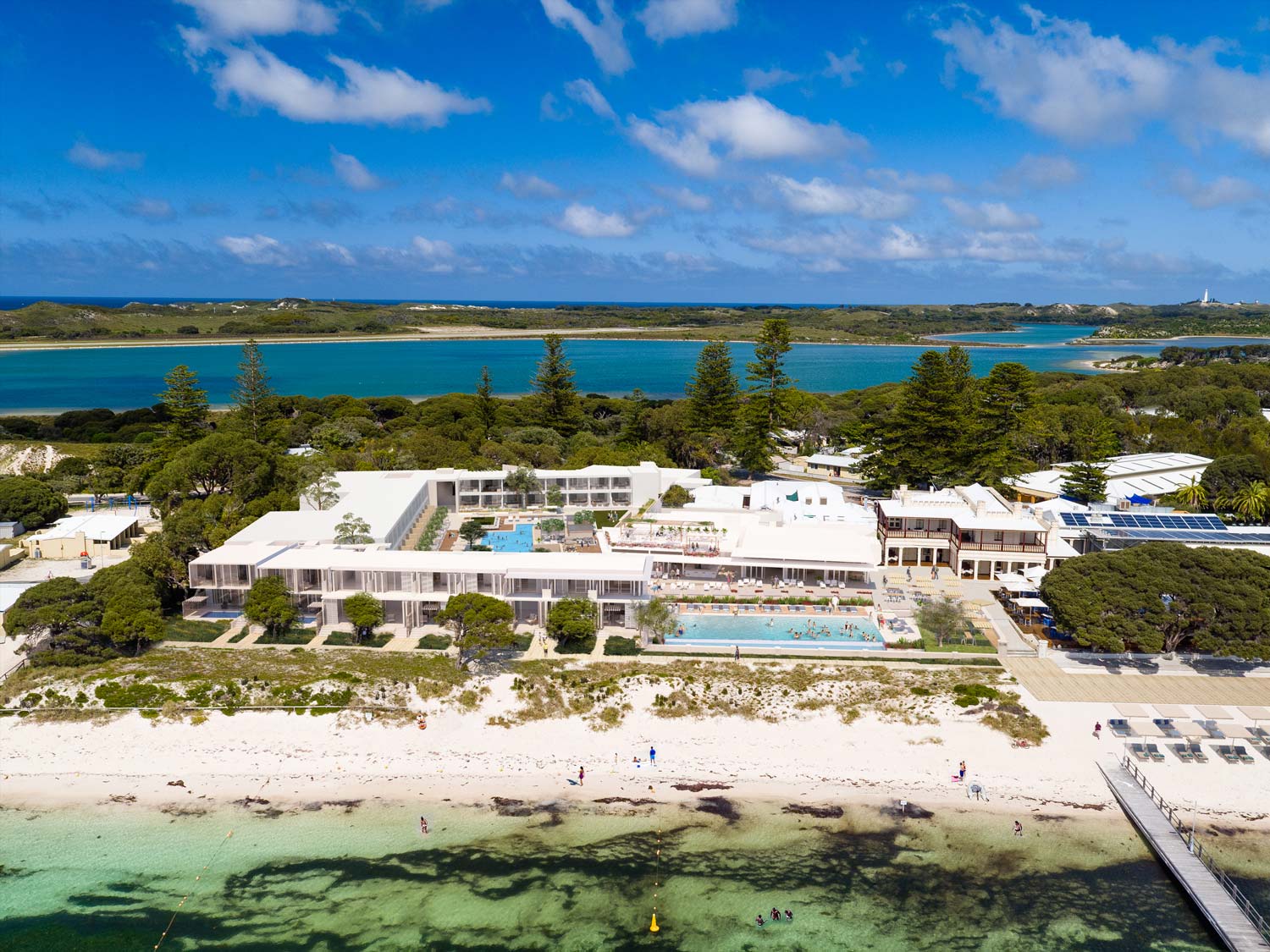 The presentation to public agencies of the new architectural proposals is the order of the day. Often, they are alien to the architectural world, so they need that make it easier for them to understand the new design. 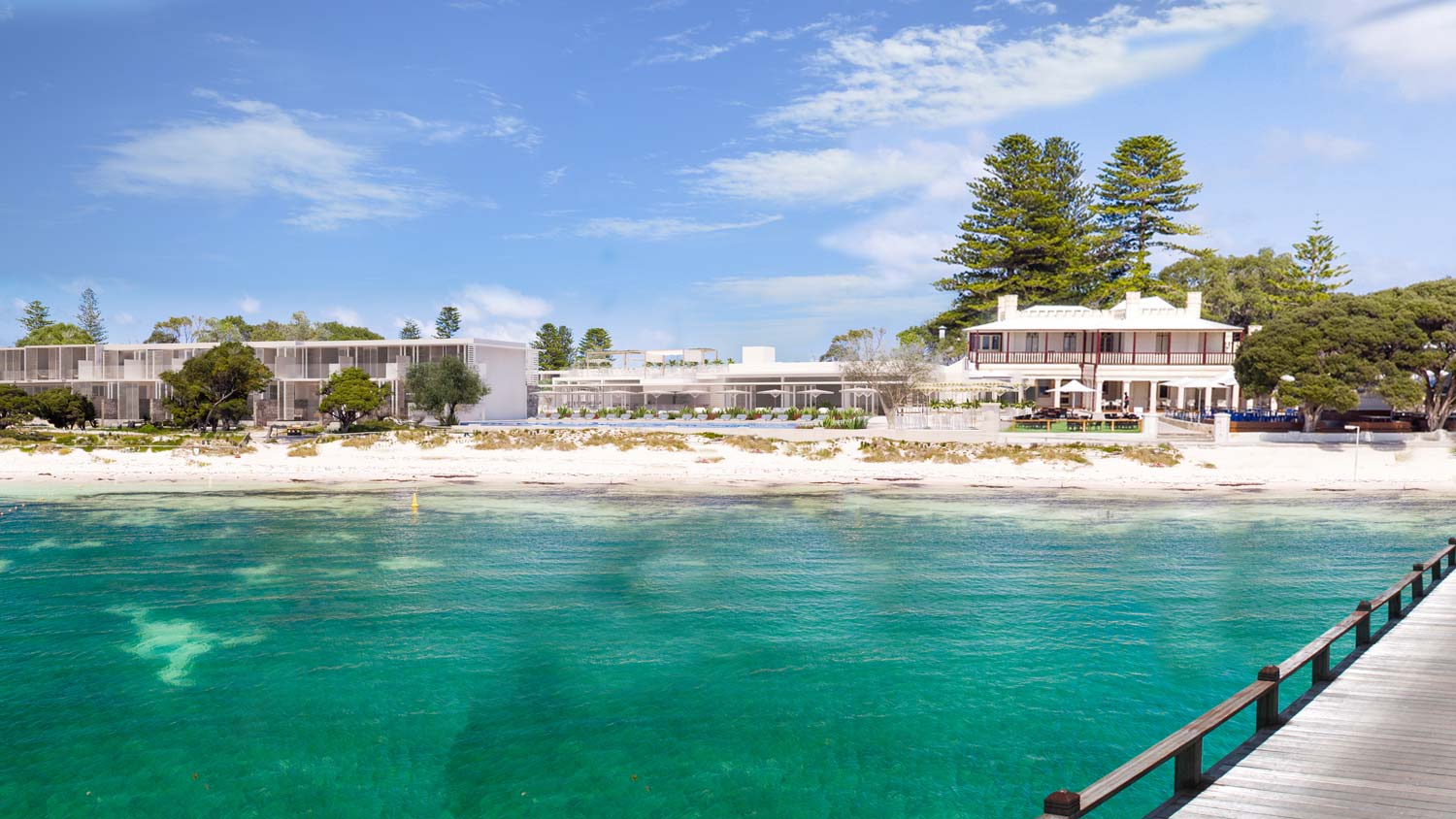 It is here where the architectural rendering appears. With the 3D visualisation, you get to see the proposal and understand the ambience that will create the new project. Visually, it put in the situation to the other party. 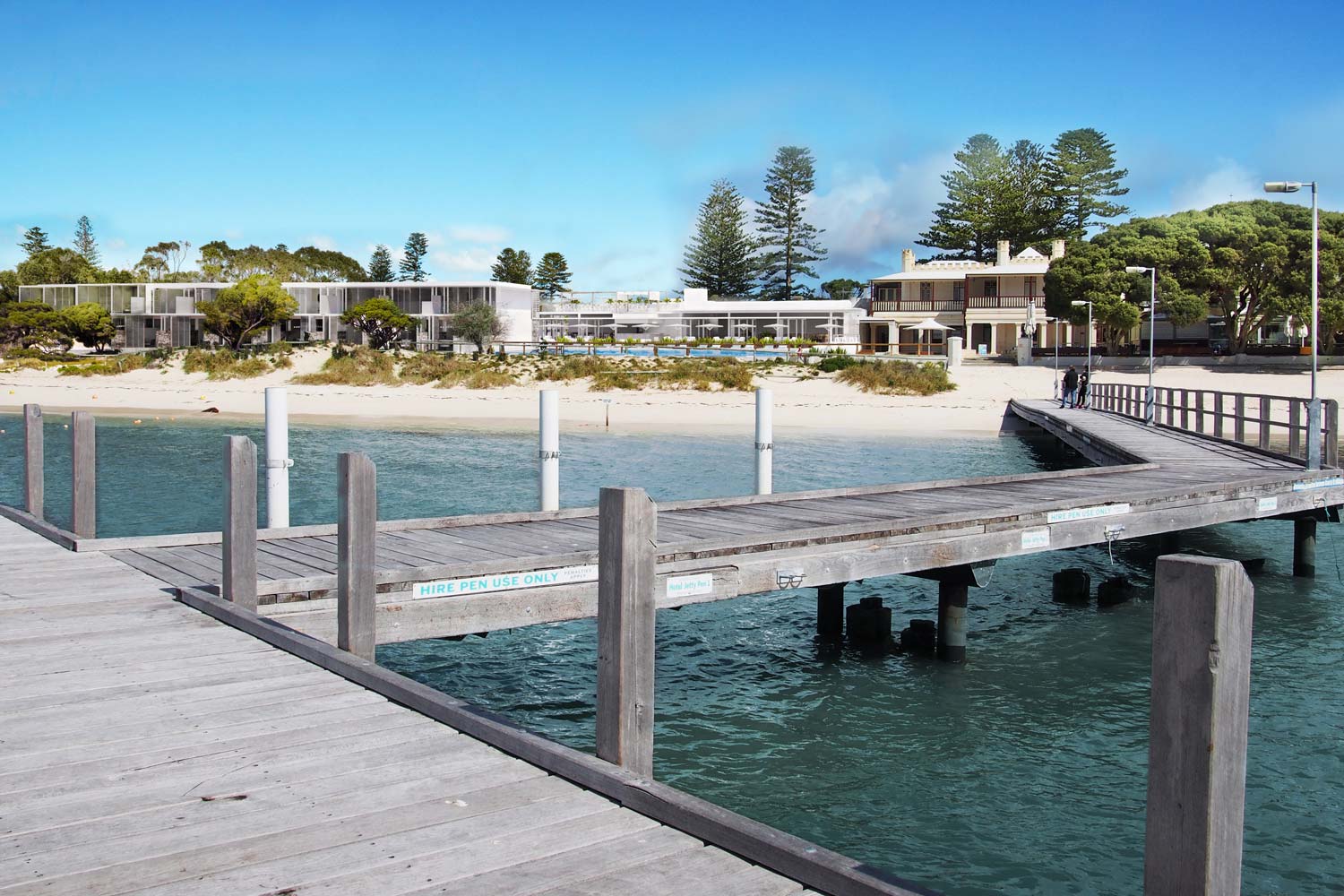 Saved the first administrative stumbling block, these architectural visualisations will also serve to present the new architectural design to the citizenship. Whether through billboards or its dissemination across different media will be connecting with the public. Before its construction, you can see the result that will generate the future construction work. 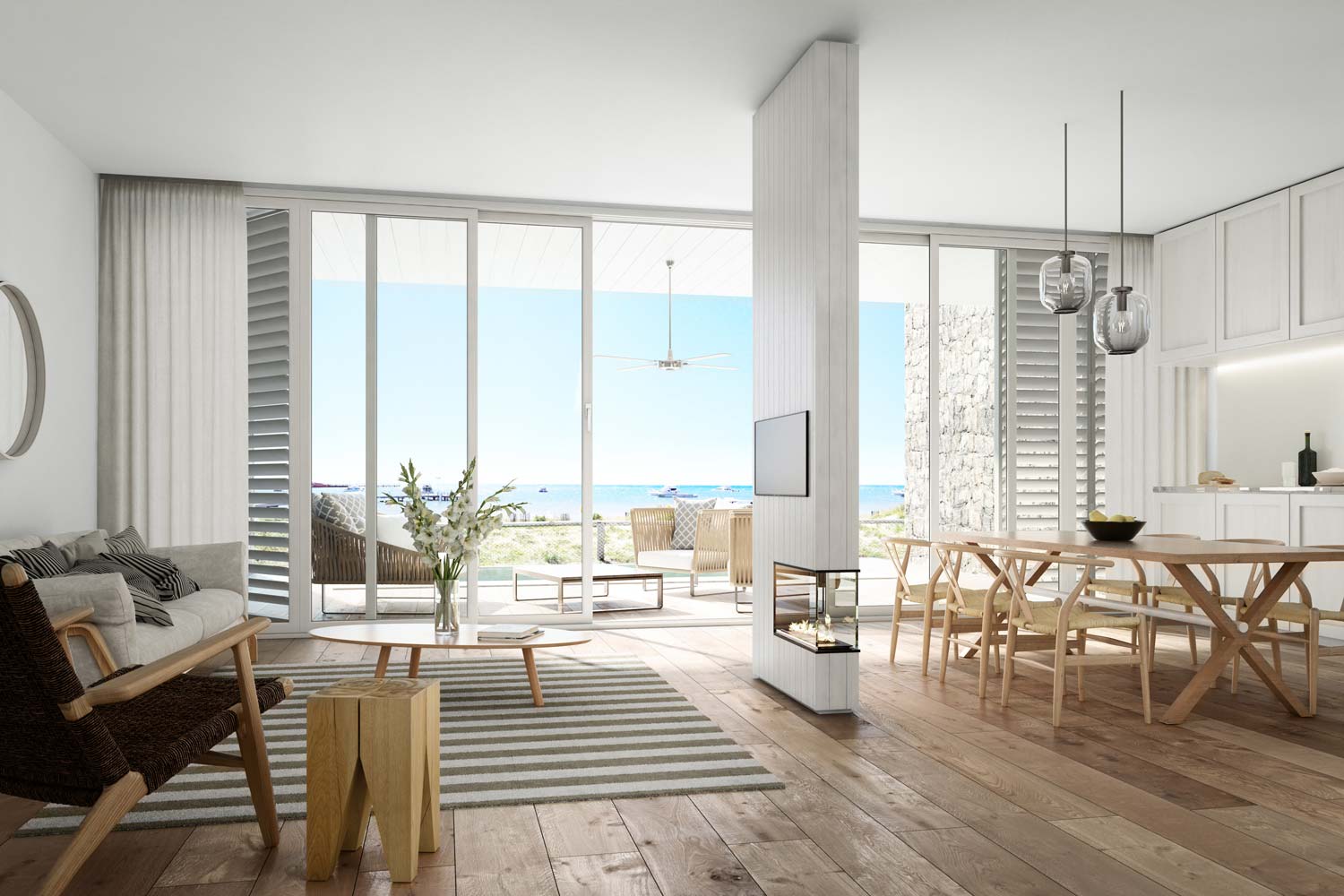 The Australian architectural firm Christou contacted us to develop the renderings of his latest project. It is about the expansion of a new hotel in the paradisaic Rottnest Island. 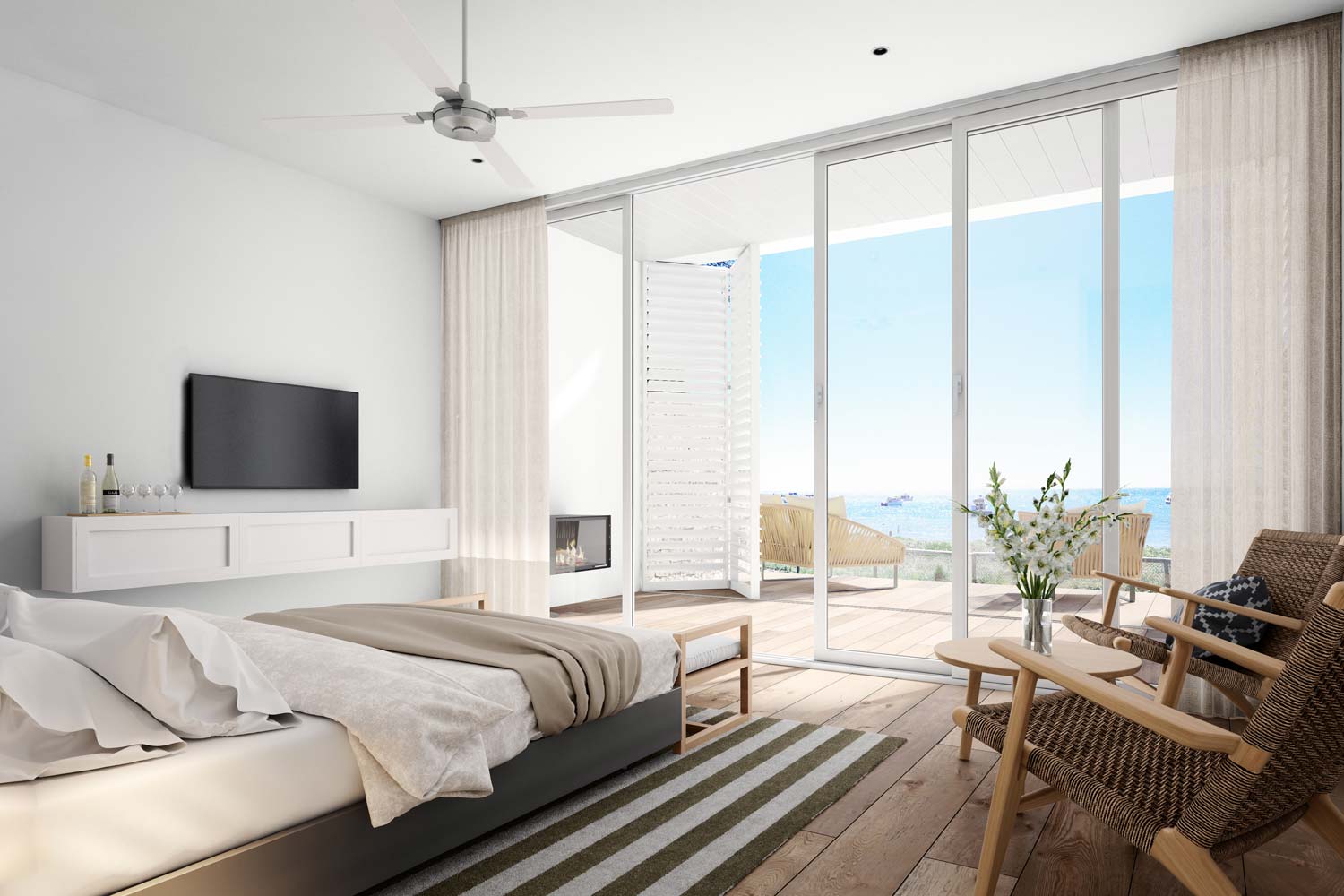 The 3D visualisation was presented to the Australian Government who approved the project, hoping it will help attract new visitors to this iconic hotel in bid to boost tourism in the area. It is the main resort of the island, the Rottnest Hotel, which will nearly double in size as part of this expansion.

After modelling the building, we merged it into the real photographs of the area. Different framings that allowed visualising how the proposal will be integrated with the existing building and its surroundings.

As a complement to the exterior visualisations, the work also included producing some renderings of the interior of the new rooms. A view of the living room and another of the bedroom to show the interior design and level of finishes that will include.

Through these interior visualisations, the hotel may commercialise new rooms without waiting for the completion of the construction works.

Here you have a link to ABC news, where you will find more details about the project and also some of our 3D visualisations.