Aerial view of the project to extend a School in Perth 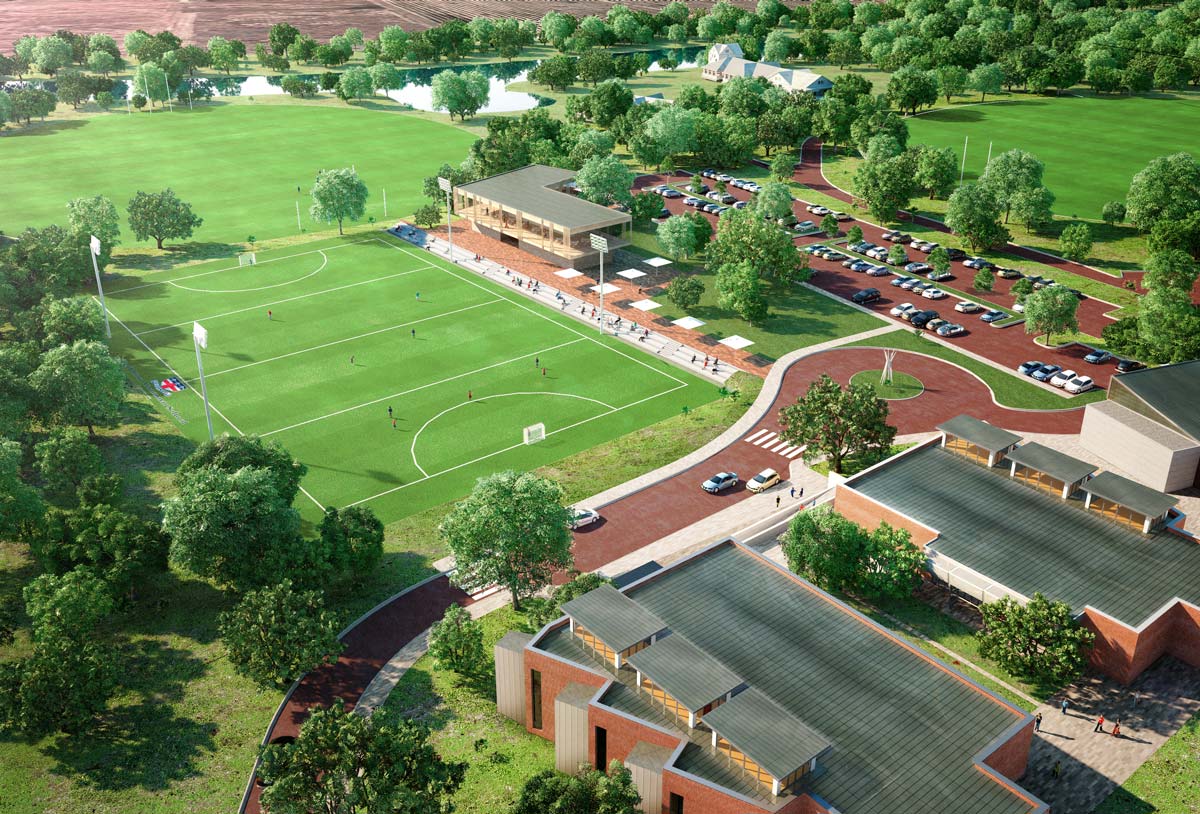 Aerial view renderings are of great help when attempting to explain projects covering large areas of territory. Thus, with a single image can be explained in broad strokes the essential content of the project.

The architectural firm Christou is designing a new project. It is a project to extend the facilities of the Australian Guildford Grammar School located in Guildford, a suburb of Perth, Australia.

The project includes the creation of a hockey field grass and includes the construction of a new pavilion that will house the changing rooms, the cafe and the bar. There is also draw the route of a road to communicate the existing buildings with the new extension and the parking.

The architectural visualization should be an aerial view of all the facilities of the complex. The aerial view rendering serve to explain the project to the client that is not used to understand all documentation generated by the architect when drafting the project.

Through a unique architectural rendering the future project can be visualize. The 3D aerial view locates the hockey field in the plot and provides a reference of the scale of the field with respect to existing buildings.

Given the difficulty of obtaining aerial photographs of the current state, it was decided to generate full 3D surroundings. The buildings were modeled according to the current state and all the vegetation was placed.

The architect’s team in charge of the project wanted images that transmit a relaxed atmosphere and with a good school climate where sport had a starring role. The management of the school aims to become a reference of the sports teams of the city.

The work was carried out in a record time of 24h aimed with the fluid communication with our customer. We hope to publish soon new works that we are doing for the architecture firm CHRISTOU.