Architectual rendering of an office building in Beirut, Lebanon 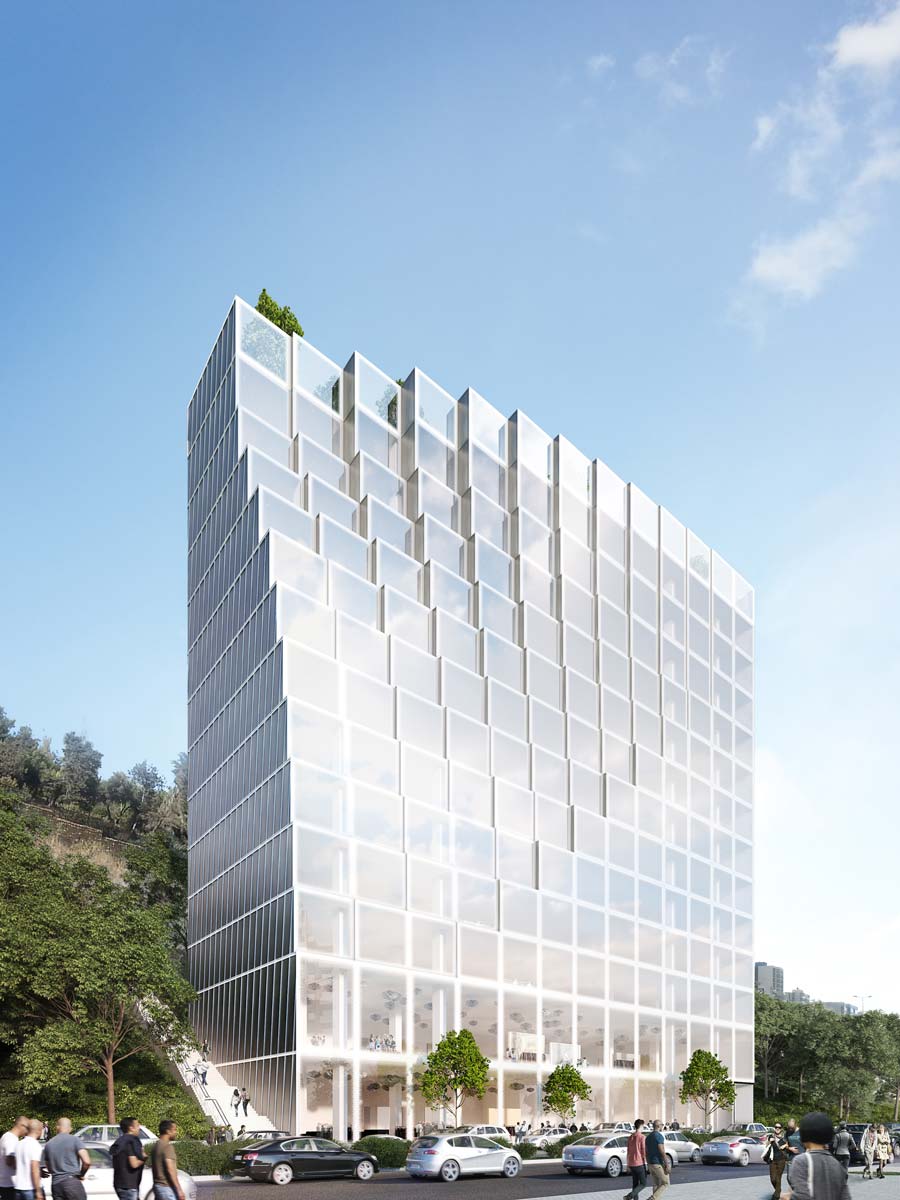 It is an office building of 13 heights for which the team of architects made three proposals. In terms of architectural design, the main factors implied in the concepts were the traffic noise, view orientation, solar radiation, building program as well as the potential market. The design is optimized to solve these mentioned parameters to the highest possible performance. 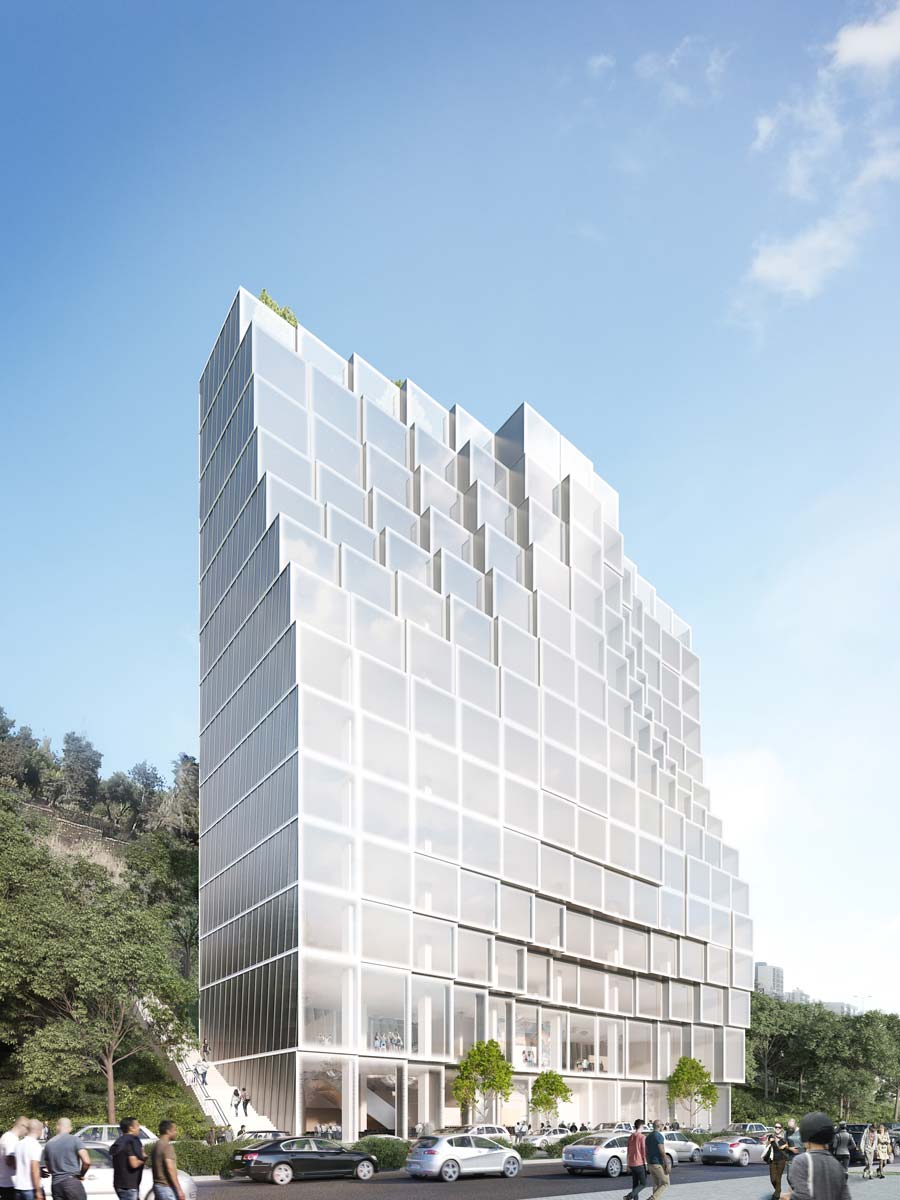 The buildings solve a complex and steep terrain and avoid the noise of an excessive busy street. The building volume responds to a strategy to resolve such issues through a glass facade composed of a series of stepped volumes that are setback to offer effective solutions.

The client had a very tight deadline for that reason the work was reduced to a single view of each building. This inconvenience involved to undertake the same view for each of the three proposed buildings. 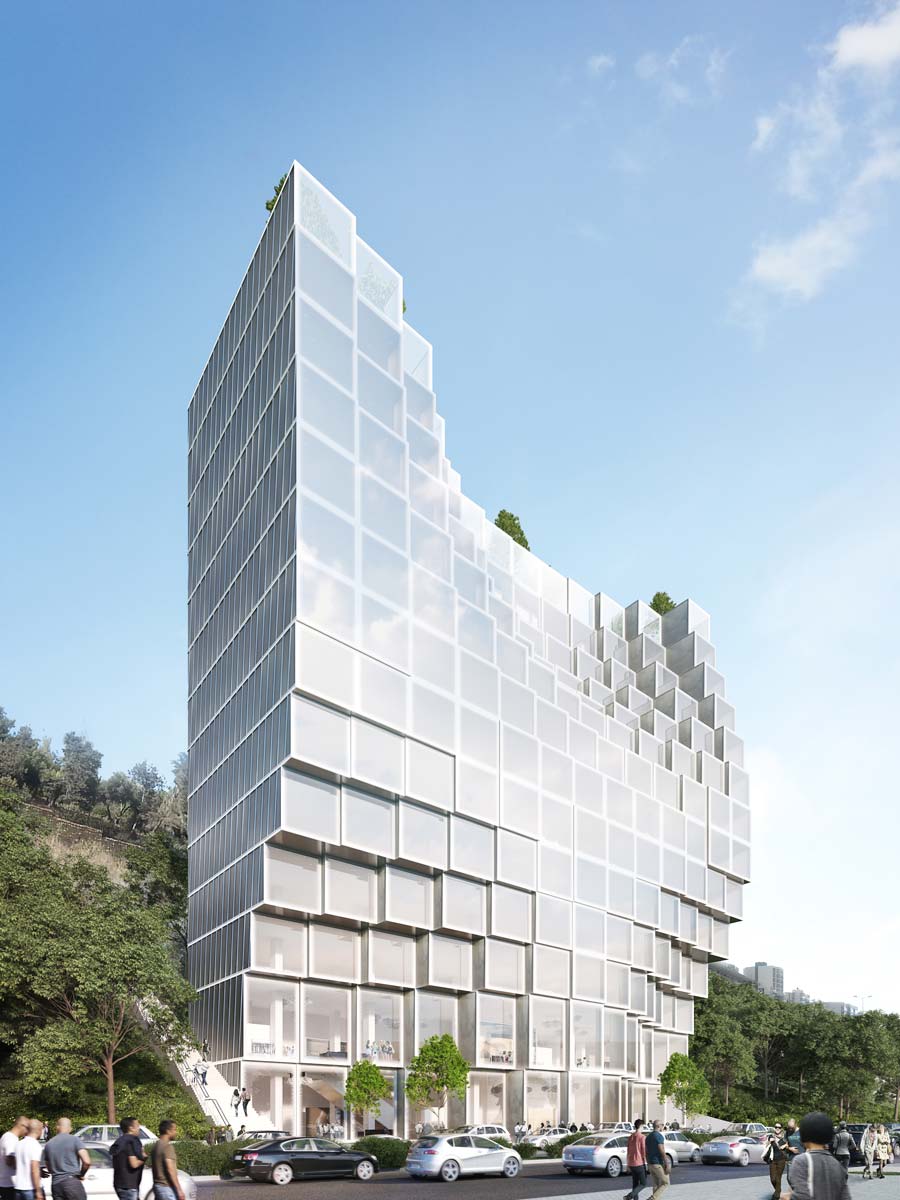 We opted to produce the architectural rendering with daylight and in a clear day. That way the volumes that compose the main facade acquire different shades and reflect the sun’s rays. A lighting that provided some movement to the whole facade.

The architectural renderings were very useful since they were a success in the presentation of the project and our client got the assignment of the work. From here we want to congratulate them for such a great work.