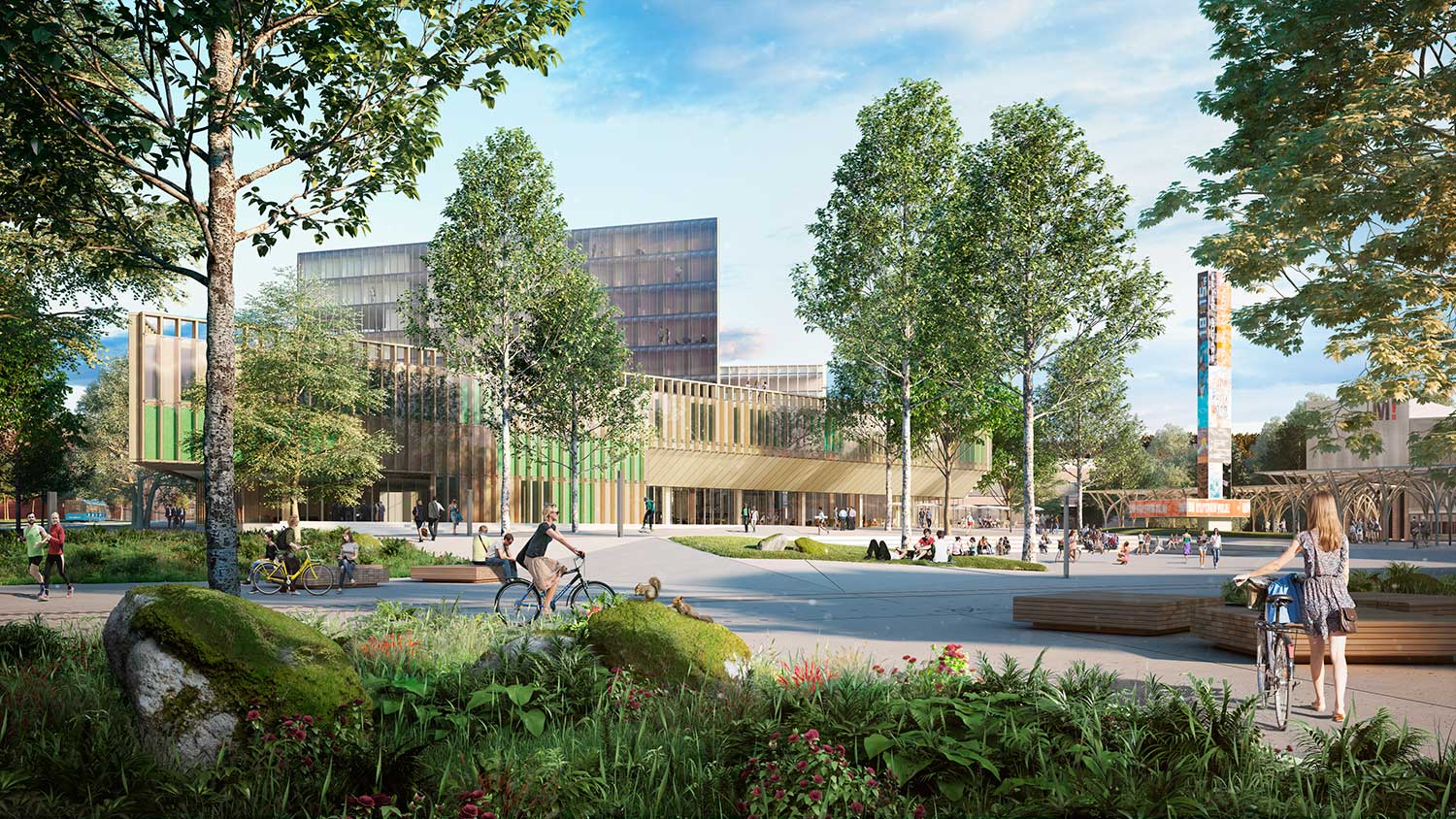 We are delighted to publish the visualisations we made for the proposal presented by Estudio Herreros. 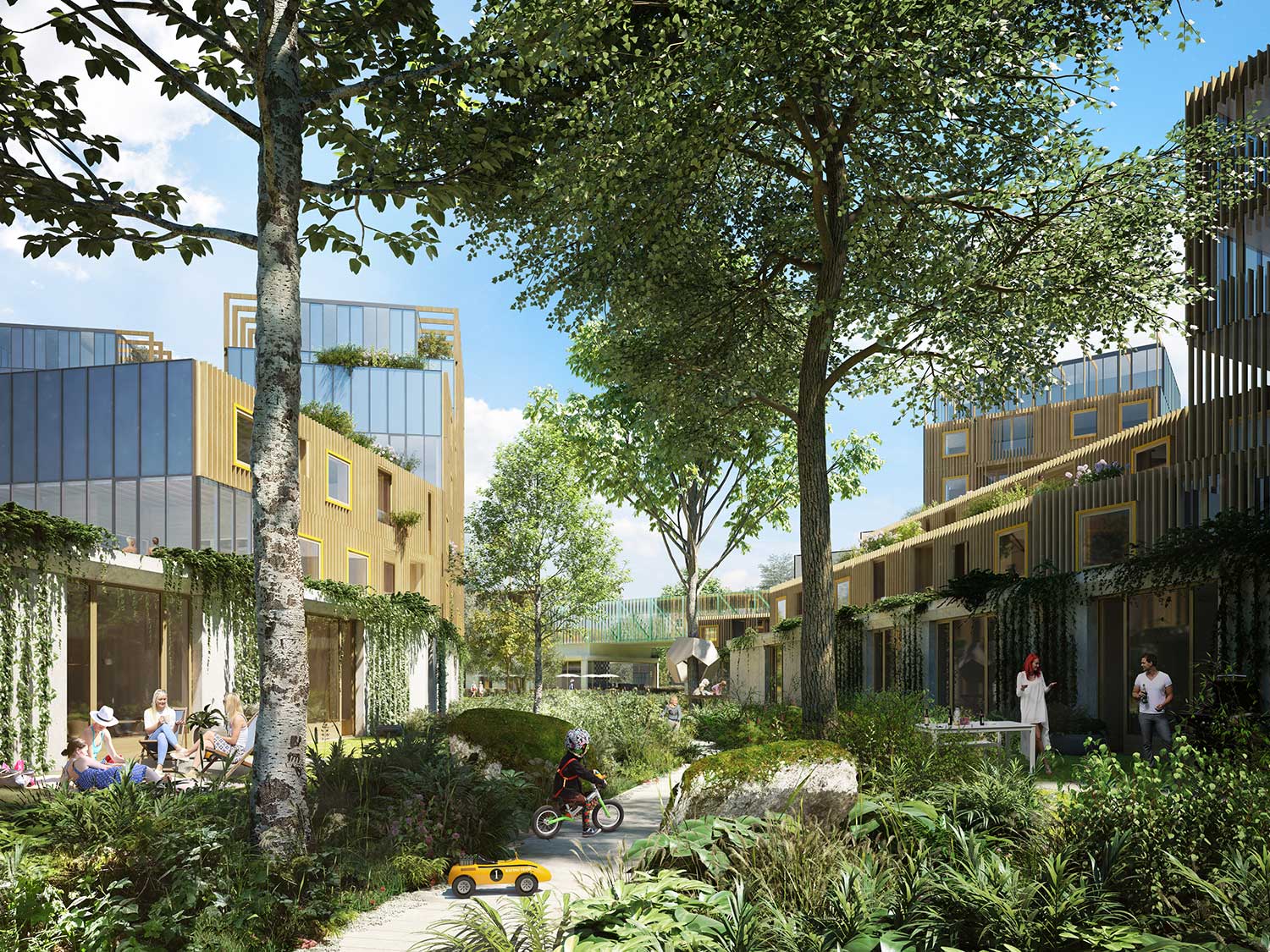 The architectural competition, known as Mountain Man, was organised by the Aalto University Campus & Real Estate (ACRE) together Senate Properties. The Finnish University seeks to find the best design of a new student residence, the Bionova Center and a public space that meet the interaction between all the buildings. 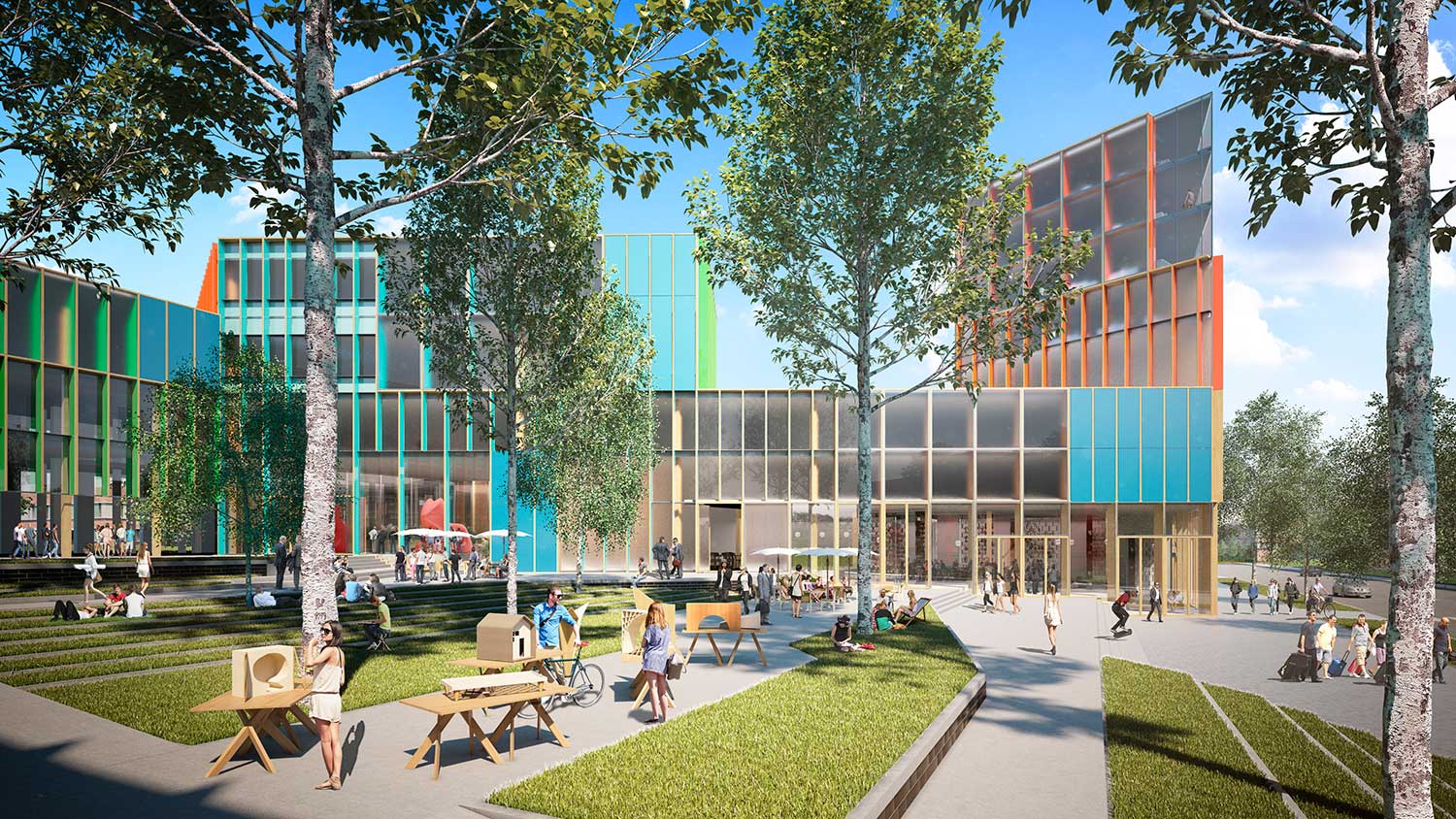 The proposals for these architecture firms had images made by the big architectural visualisation studios like Mir or Brick visuals.

The team of Estudio Herreros contacted us requesting three renderings of their proposal. A proposal in which special attention is given to the dialogue between the elements of nature and the built elements. Advocates strongly for a nature greenery, sometimes wild, generated in the interior courtyards.

The architects were betting on some daytime visualisations in which the sun stood out and reflect the atmosphere that will generate its architectural proposal. Reference images were sent to explain settings, materials and even points of view.

Once the set was modelled, several frames were launched until finding the points of view that best explained the different areas of the proposal. With the approved points of view, we finished placing the greenery and modelling the details that gave realism to the image.

In the post production phase, the colours, lighting and contrasts were adjusted. We also placed people showing the main idea of the project, the life in these public spaces.

Check out the competition website in which you will find the bases of the same and all the submitted proposals with the rest of visualisations of the different architectural studies.