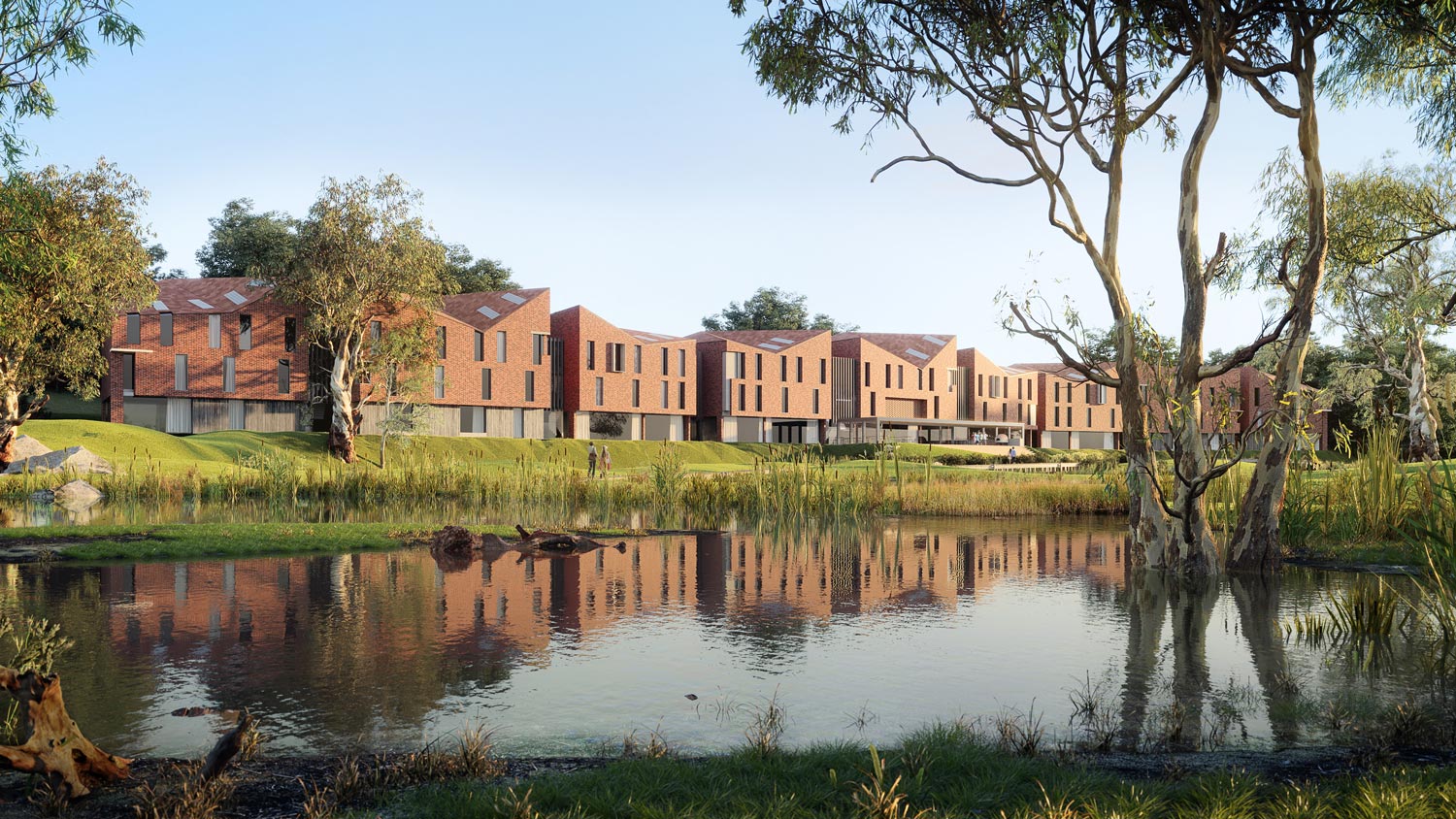 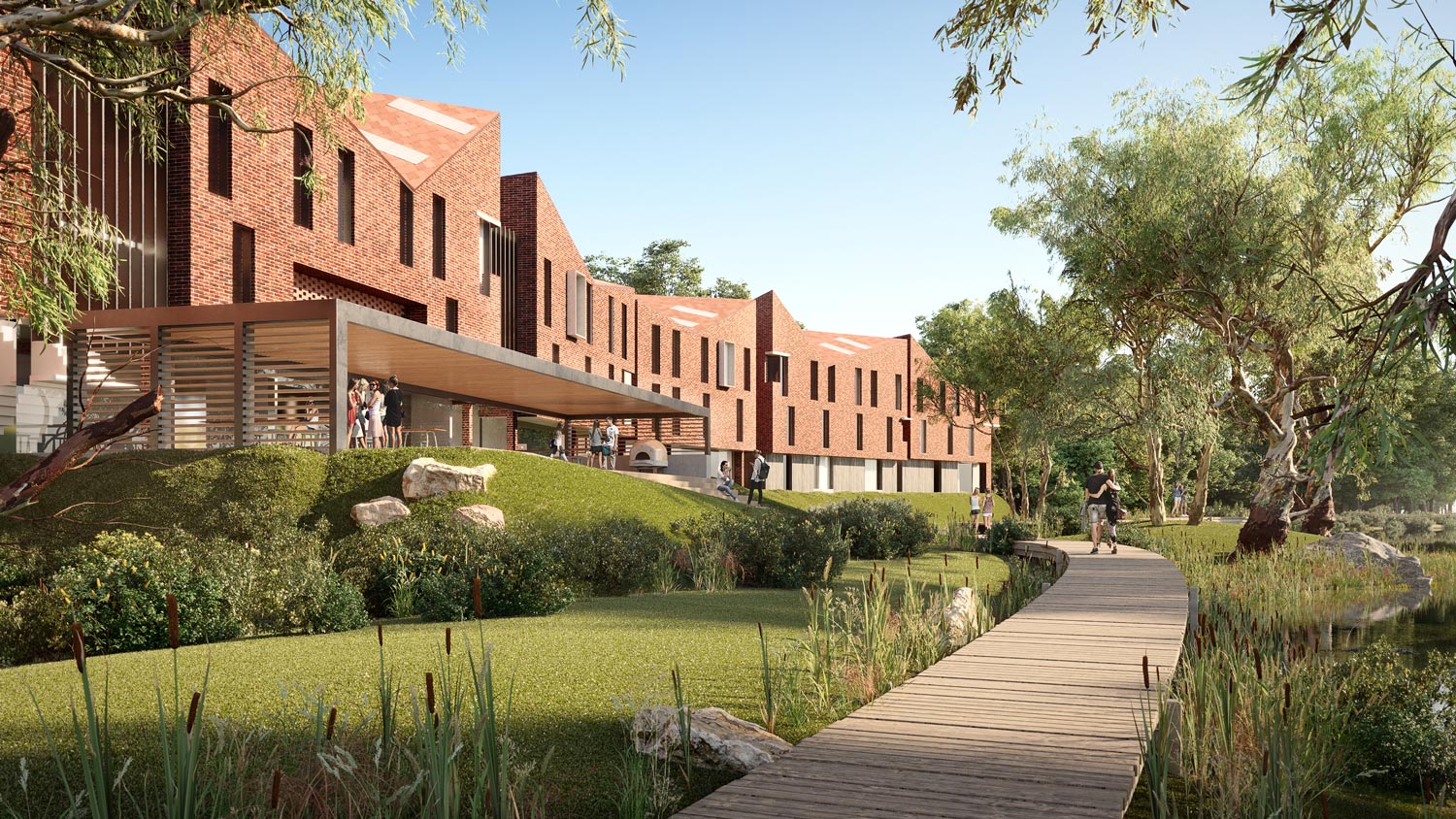 The plot is located on a stunning site with views over the beautiful wetlands and across a riverine landscape.

The architectural proposal argued for presenting a cluster of buildings along with their sloping roofs, acquire continuity and provide some rhythm to the proposal. These buildings oriented themselves towards the wetlands and the river. A series of wooden boardwalks will connect the buildings to the landscape and the rest of the school.

One of the requirements of the architectural firm was to reflect in the render harmony and interaction between the buildings and this magnificent landscape. The importance of the wetlands in the proposal will be a crucial component of the perspective.

The commissioned included producing two exterior renderings of the proposal. The first visualisation should show the whole complex. While the second rendering showed a more partial view.

Several tests were done to find the best viewpoints. Once the client gave his approval to the selected views, we launched the architectural renderings in high resolution.

Entering the post-production phase, all the characters in the scene were included to recreate a daily situation and thus achieve a closer atmosphere. In this way, the client is given a clear visualisation of the proposal.

We are especially pleased with the result of these visualisations. We hope to publish soon new architectural renderings in which we are working.