We are back in Beirut, Lebannon, with a project we produced some time ago. It is a new building of 12 storeys that is included in the Beirut Digital District masterplan. 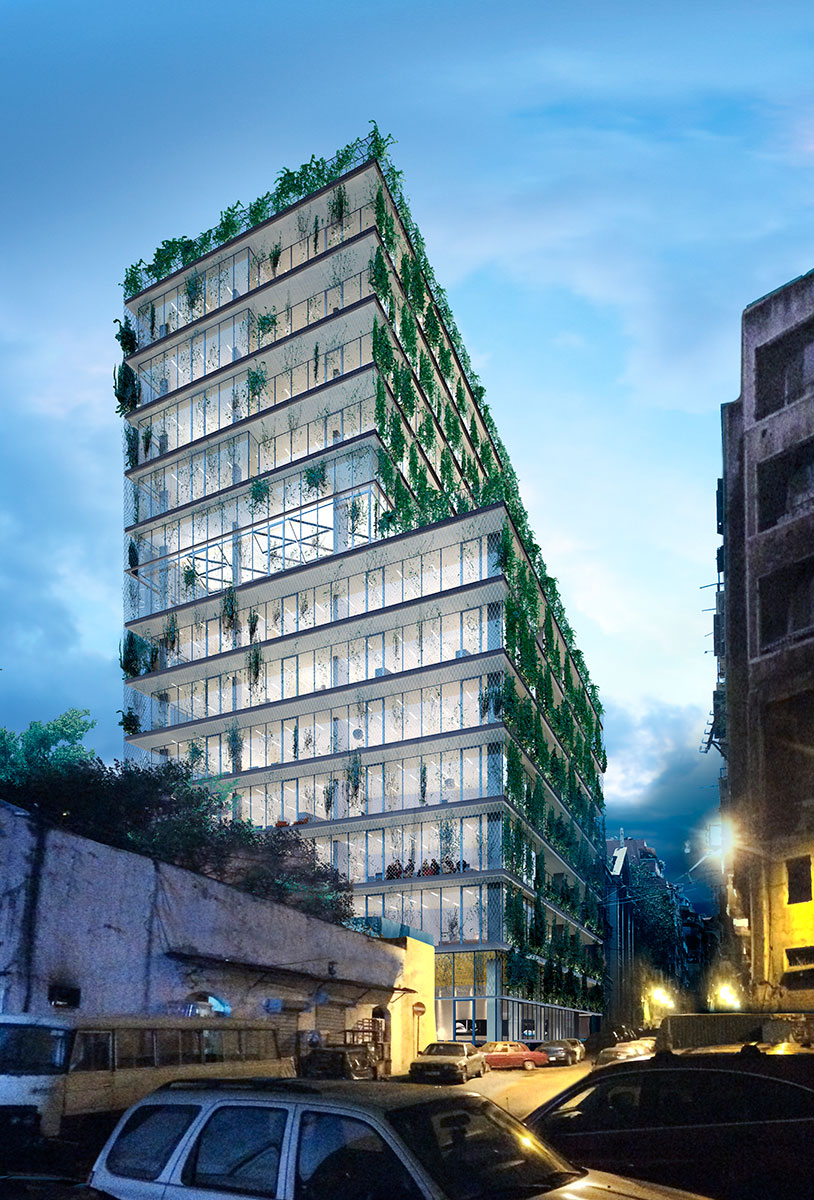 The project is located in the historic district of Bashoura in the center of Beirut. This building will be known as BD1227 and will house an urban mixed use with dynamic workspaces for young companies. 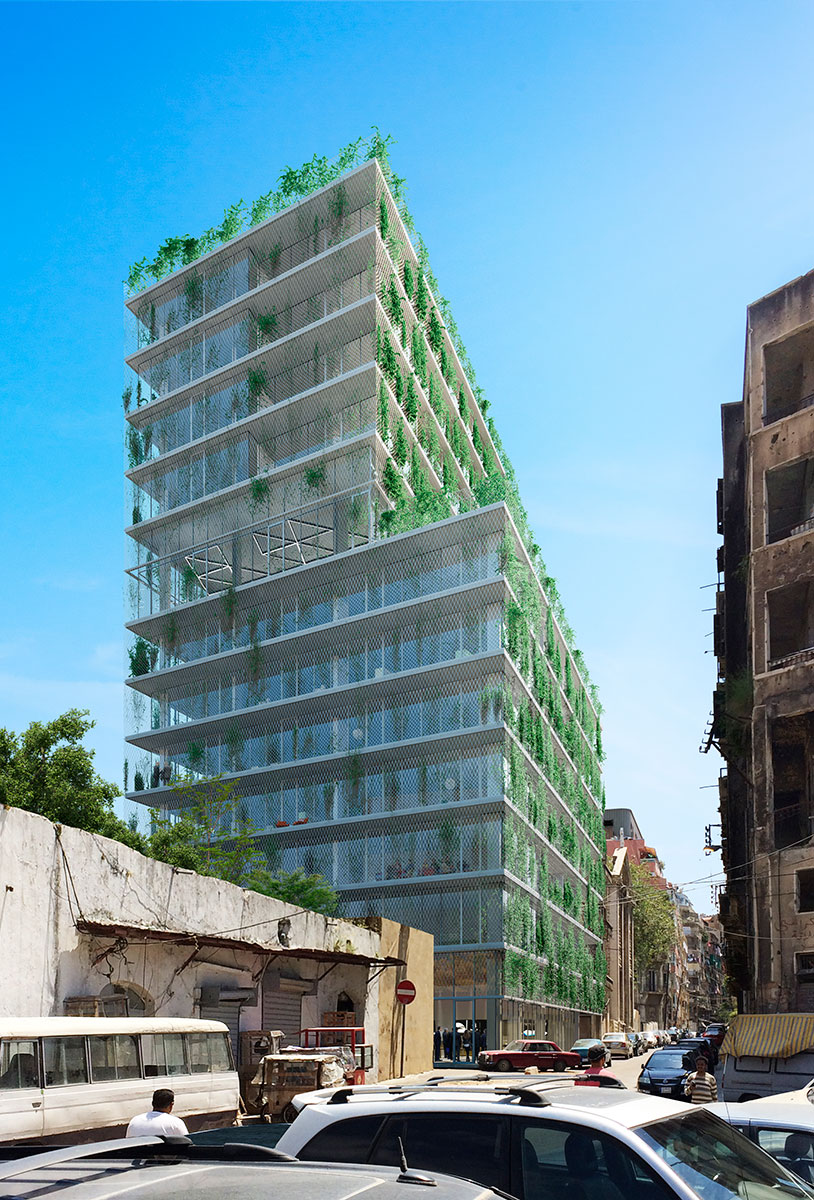 The project is designed by the architecture office BAD, Built by Associative Data, and completes the commission of the architectural renderings done of the Beirut Digital District (BDD).

The commission includes three architectural renderings, two exterior and one interior images. For the exterior visualisations should be kept the same frame modifying the atmosphere, producing one visualisation in a daytime and the other one at night.

The proposal raises a building in which the upper floors are set back from the line of the west facade generating a terrace which can access all the building occupants converting it into a social space.

One of the most striking features of the proposal is the shade mesh that surrounds the building. The vines will climb for it and the building will be completely cover by vegetation

Several tests were performed from different points of view to find the frame that best explained the project. Once selected the viewpoints, we got actual in situ photographs with the same frame so we could integrate the visualization on them.

The interior architectural rendering should show one of the offices of the building. The client looked for open spaces are in rough. Thus, materials for floors and ceilings will be used concrete leaving facilities viewed.

To acclimate the interior space we used reference images. These images serve as a base, with them we could have the idea of the style that seeks the client and succeed in the range of colors that pleases them.