Architectural rendering of the Chabad Center in Ohio, USA 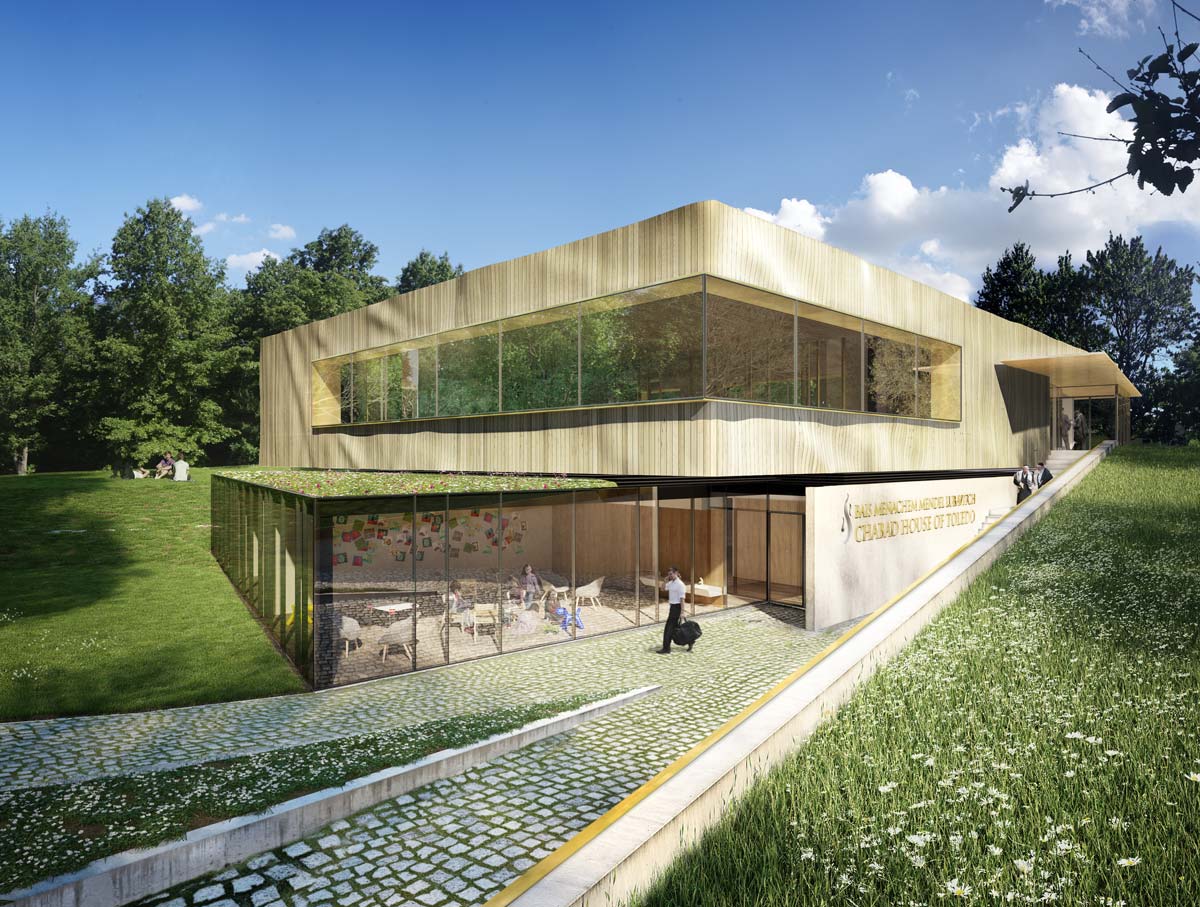 The architectural firm Radutny Architects located in Chicago contacted us to produce two architectural renderings for the project that they are developing. This is a project for the Jewish community of Toledo in Ohio and it has a varied program that includes sanctuary, classrooms, offices, kitchens and bathrooms.

The architectural firm wanted a striking renderings that complete the project documentation to present their candidacy to the prizes awarded by the AIA Chicago in the category of un – built buildings. 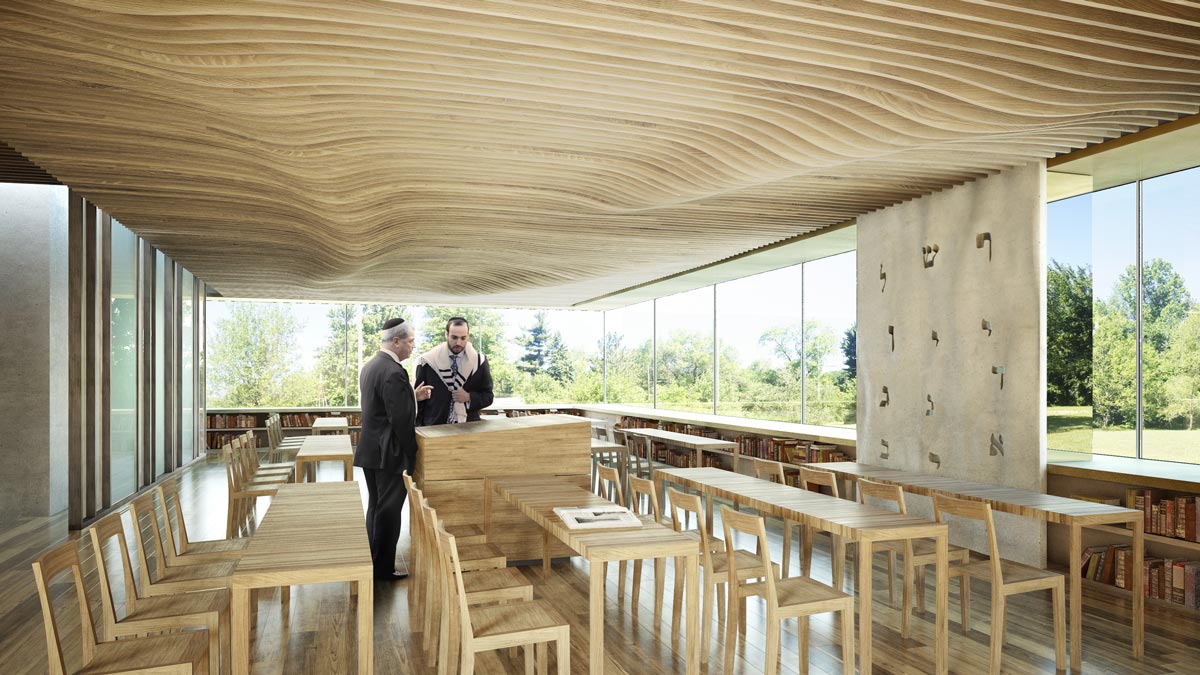 The commissioned included an exterior architectural rendering of the building and an interior rendering that showed the space to pray. Several tests were made to find the views that best suit the requirements of the architects and which in turn results a visually attractive frame.

As for lighting, it was desired that the two architectural renderings were produced in daylight and bright sunshine. On the one hand, the client wanted to emphasize the treatment of the façade rippling wood-clad folds to give movement to the building’s rigid form. Interplaying light and shadows we obtained the shade that the client wanted to show.

To bring more realism to the architectural renderings we proceeded to create an adequate atmosphere of the scene. In this case, we played with the outer vegetation and the people. It was decided to place as gardens grass vegetation contrasting with the wood facade and the blue sky. For the woodland background was used an actual photograph of the site.

We want to congratulate the full team of Radutny Architects that become the winners of the 2015 Small projects awarded by the AIA Chicago in the category of un – built buildings. You can check out the AIA website to know more about the project.