Architectural rendering of a dwellings development in Sant Antoni, Ibiza 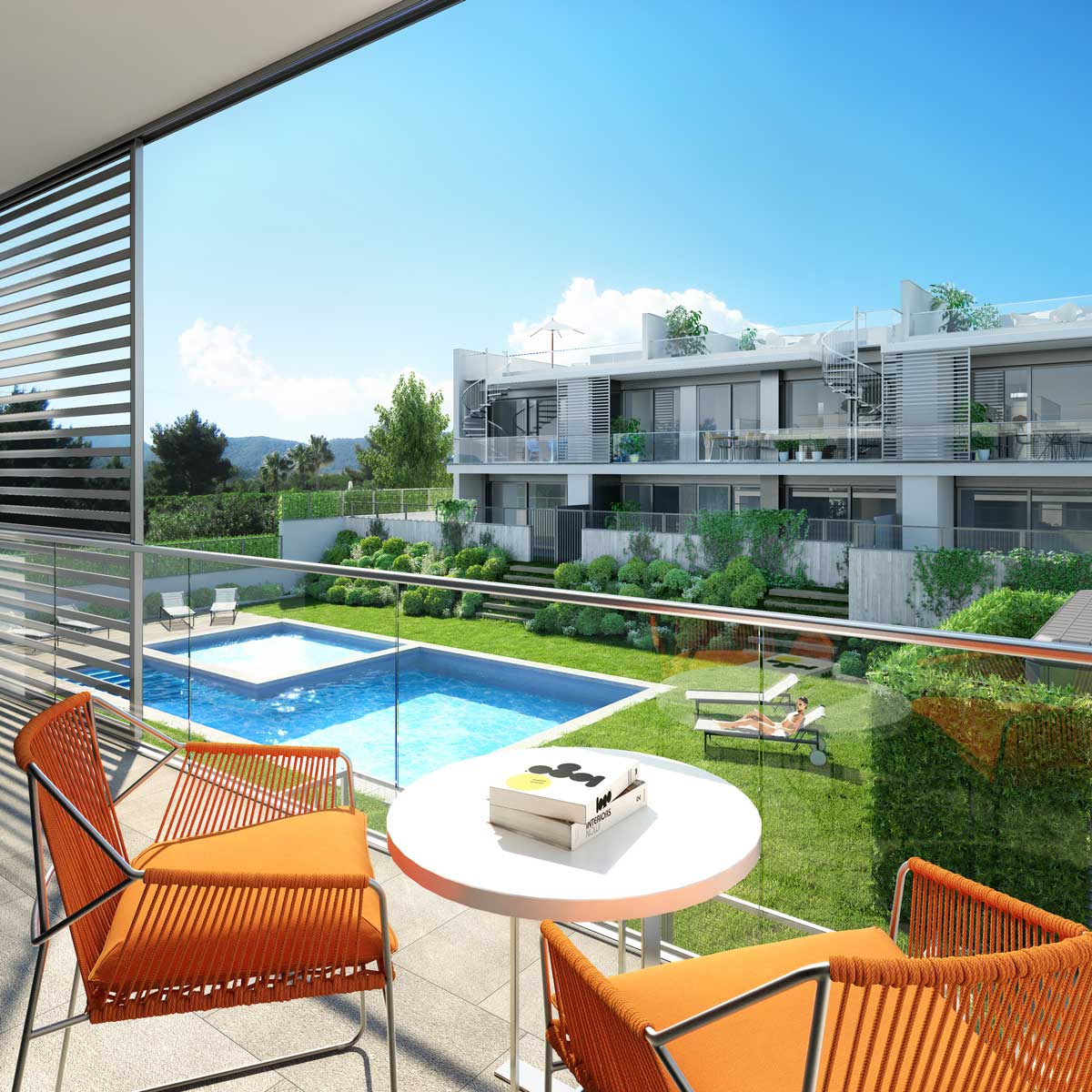 In an increasingly competitive real estate market is evident the need of some stunning architectural renderings which differentiate from the competition and get the attention of prospective buyers.

The exterior architectural renderings produced on this occasion were commissioned by the architectural firm Arqcoas for the housing project that they are developing in Sant Antoni de Portmany, Ibiza. 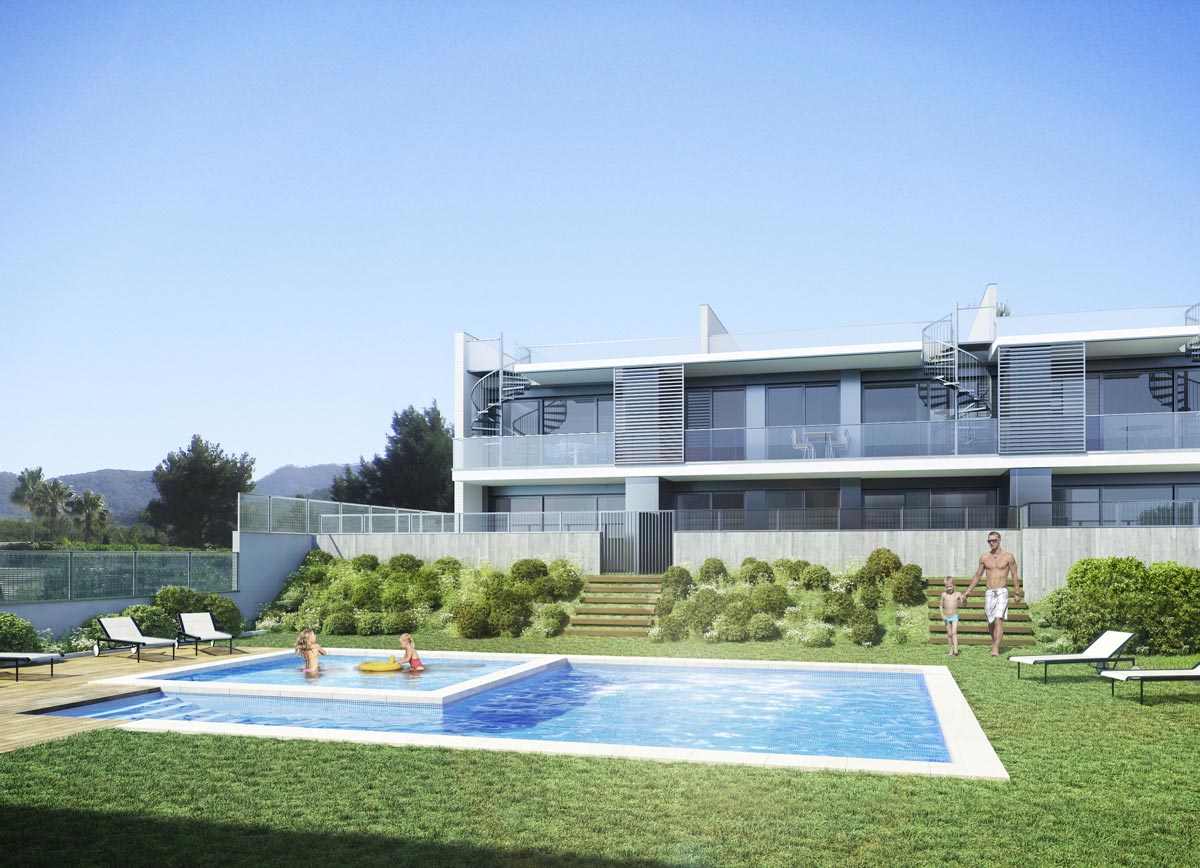 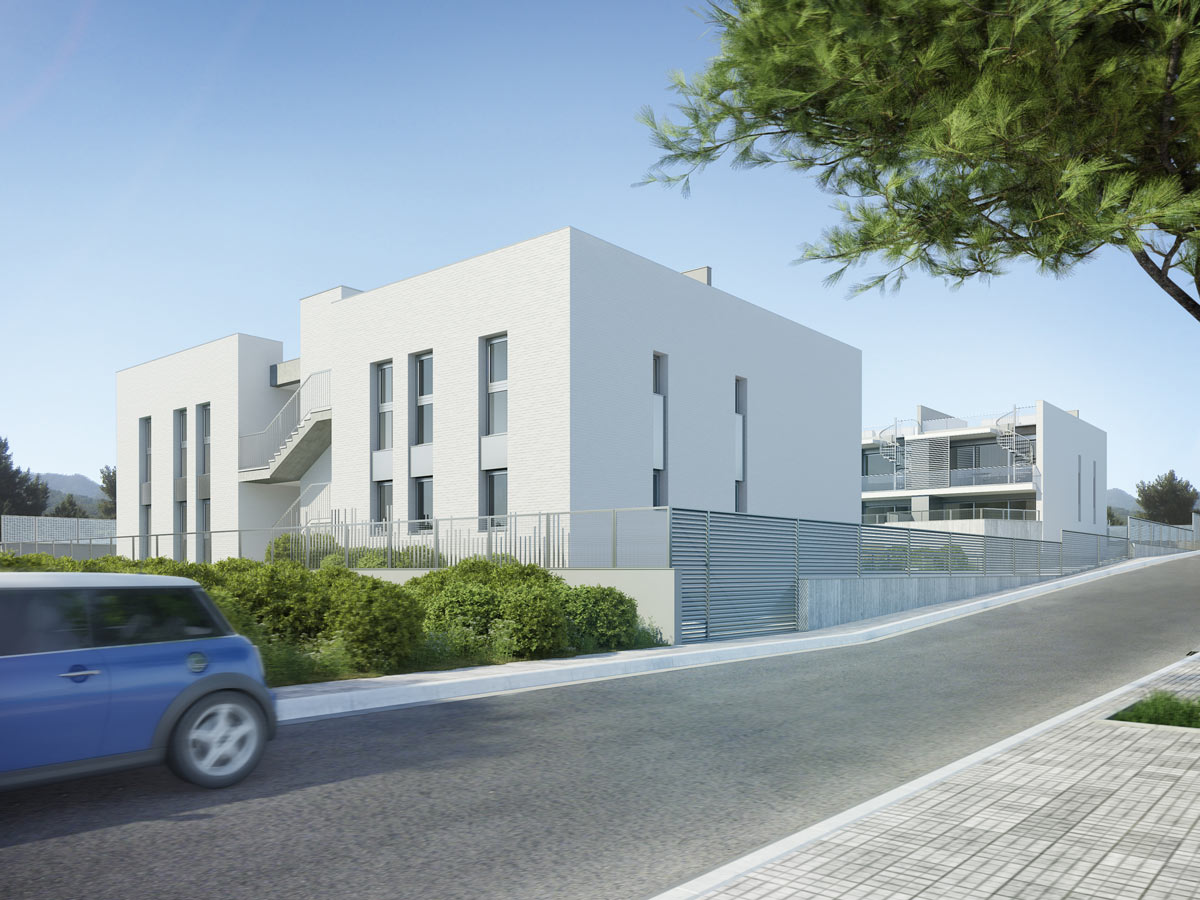 The project consists of two blocks of flats with ground floor and first floor, located in an area that belongs to a new urban development of the island. Highlights of white brick facades combined with claddings of grey aluminum as the carpentry. The project highlights public areas that are created between two blocks of flats. A big swimming pool surrounded by greenery dominates the space. 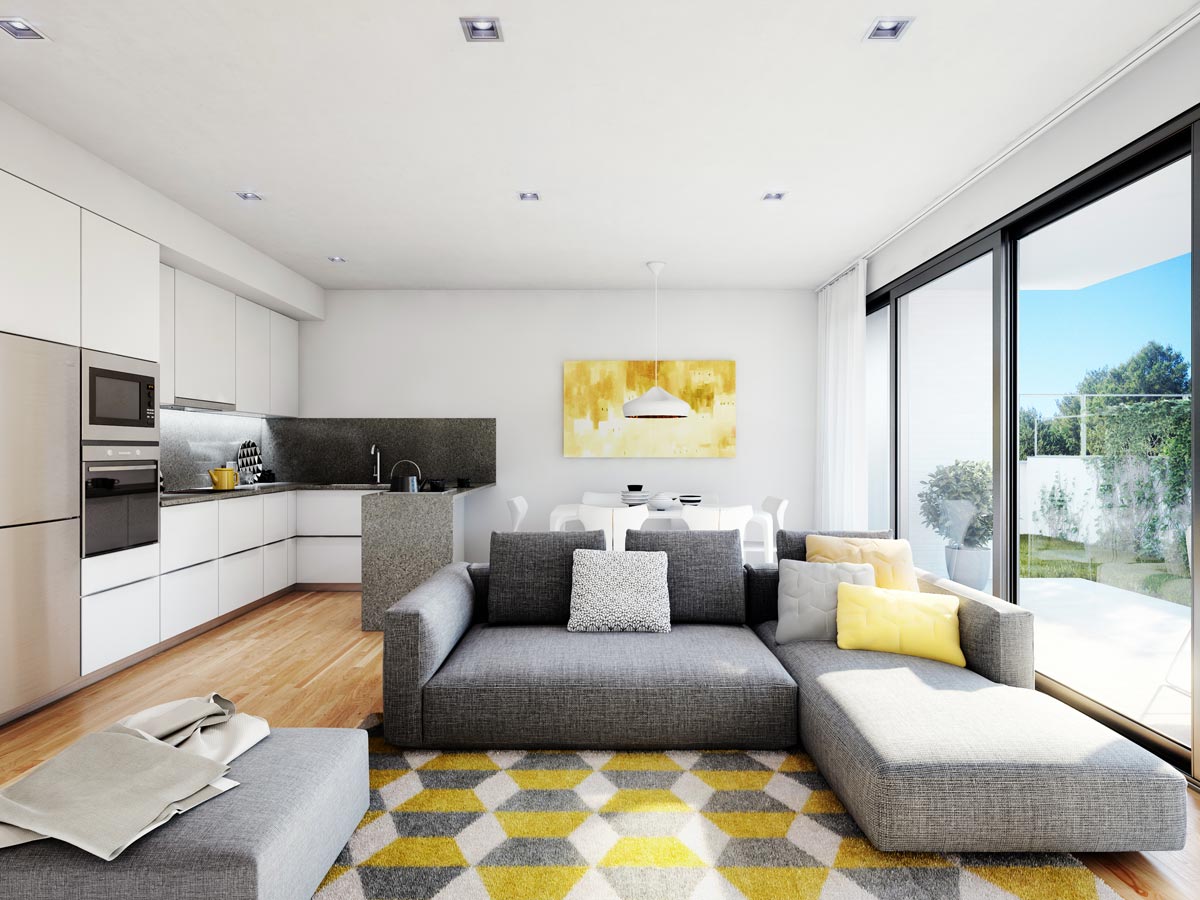 Several tests were done to find the best frames that would show the project. The fluent communication with the architectural firm Arqcoas facilitated obtaining the views that interested all parties. 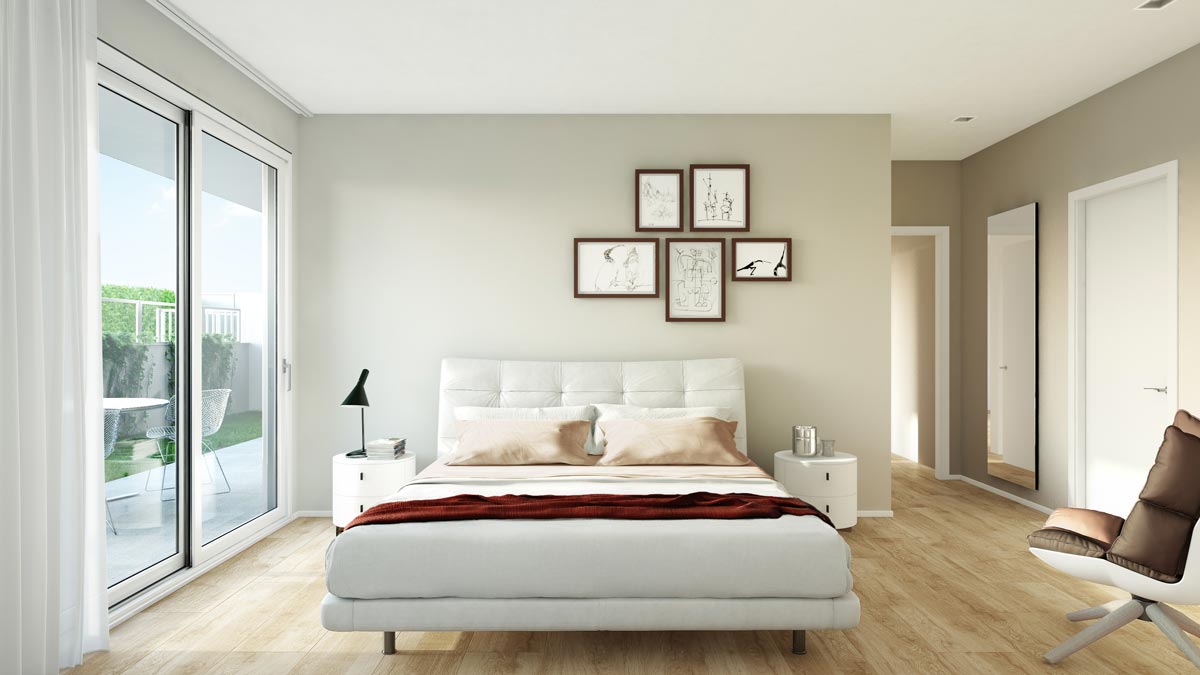