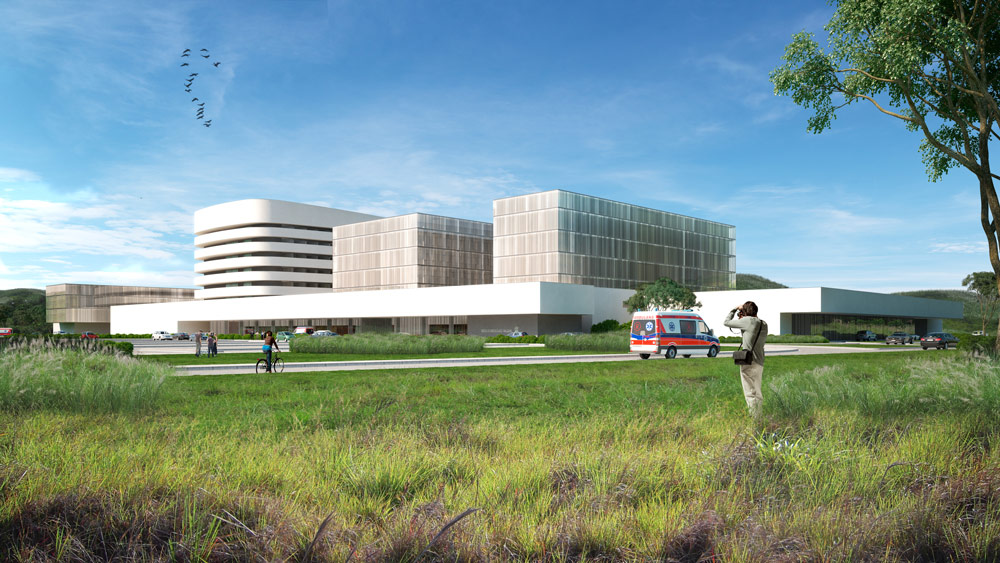 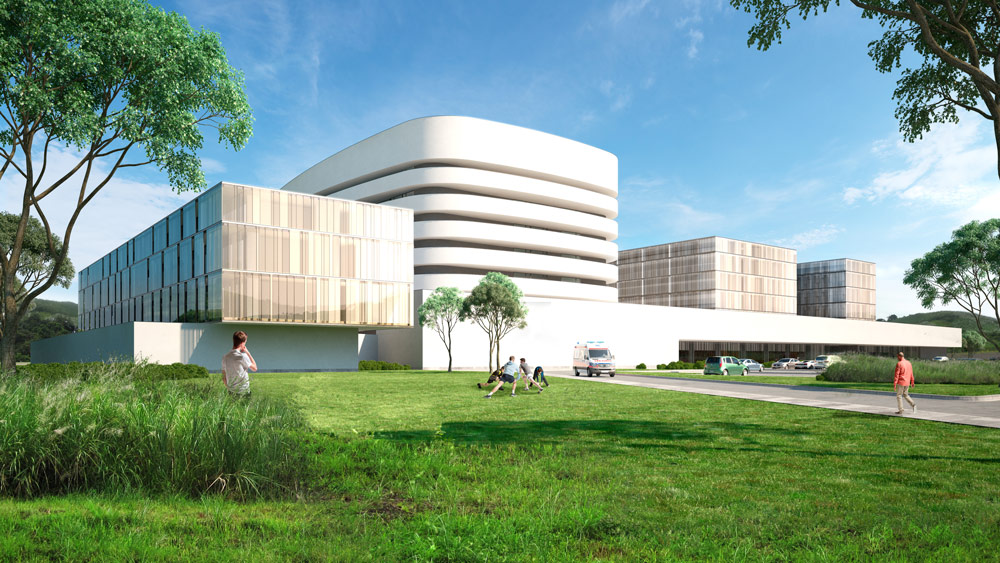 The client wanted a photorealistic architectural rendering that would show the finished buildings and the environment that will be created with the construction of the new Cancer Hospital.

The proposal includes four volumes resting on an opaque horizontal strip that will serve as a link of all buildings. The buildings stand out for their curtain-wall facade except for a more opaque volume, as a landmark, emphasizes the uniqueness of the architectural proposal. 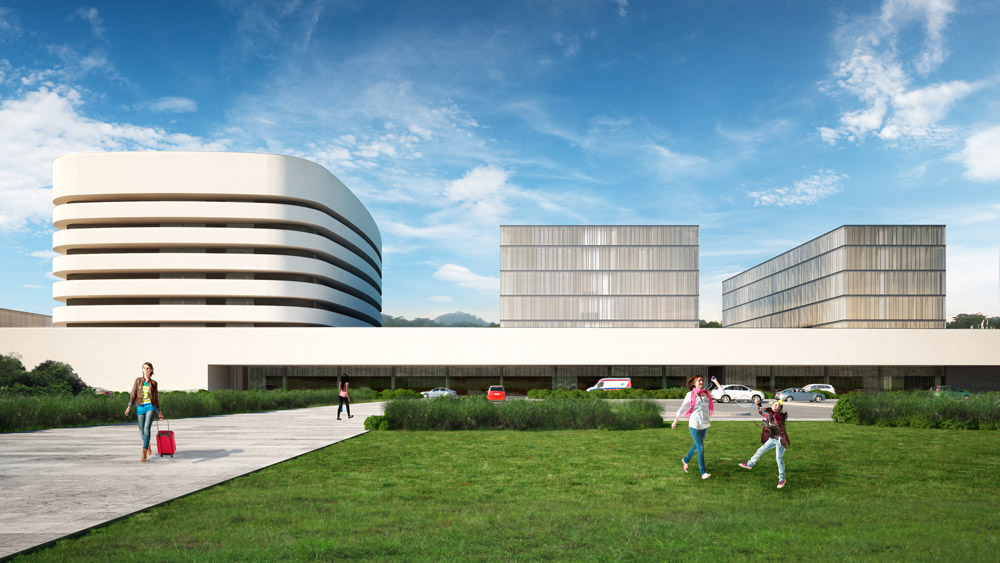 Special attention has been paid to the lighting of the architectural visualizations. The initial idea was to get some daylight 3D renderings which provide a bright light to the scene and a calm atmosphere in the buildings and their surroundings. 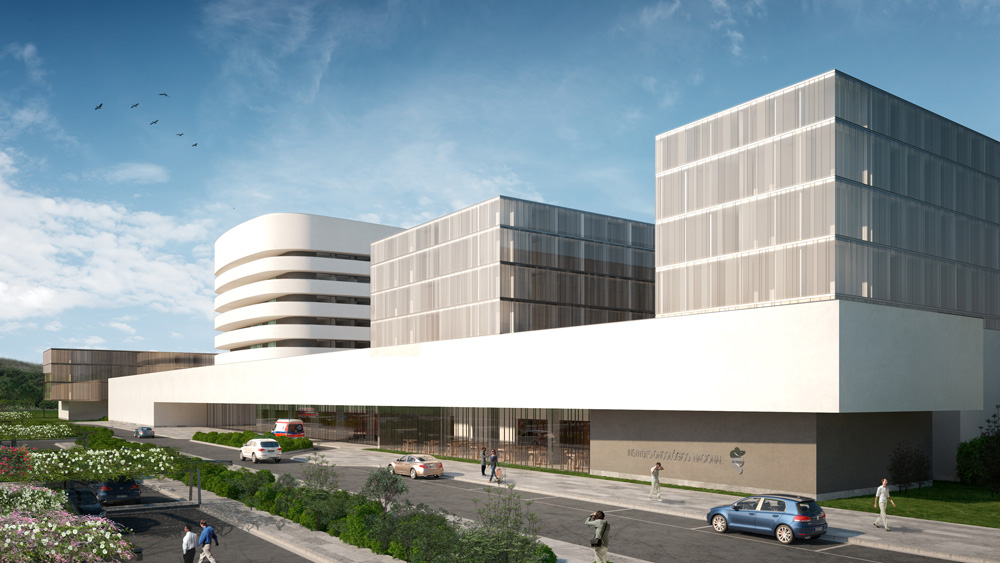 The architectural proposal is located in a large area surrounded by native vegetation, so it was essential to show that nature as part of the building environment and how it helped to create the desired atmosphere of calm and tranquility. It was used at the same time the photomontage technique and the use of vegetation in 3D, achieving the desired look.

In order to visualize the effect of the volumes with light in their interior, a sunset light was added to one of the scenes. In this way, the opaque building contrasted with the buildings with the curtain-walls facades, that allow the inward transparency.

The interior architectural renderings, both the lobby and the room, should reflect the brightness of the spaces. The architectural visualization of the lobby shows the double height space and light through a few large windows located in the roof. 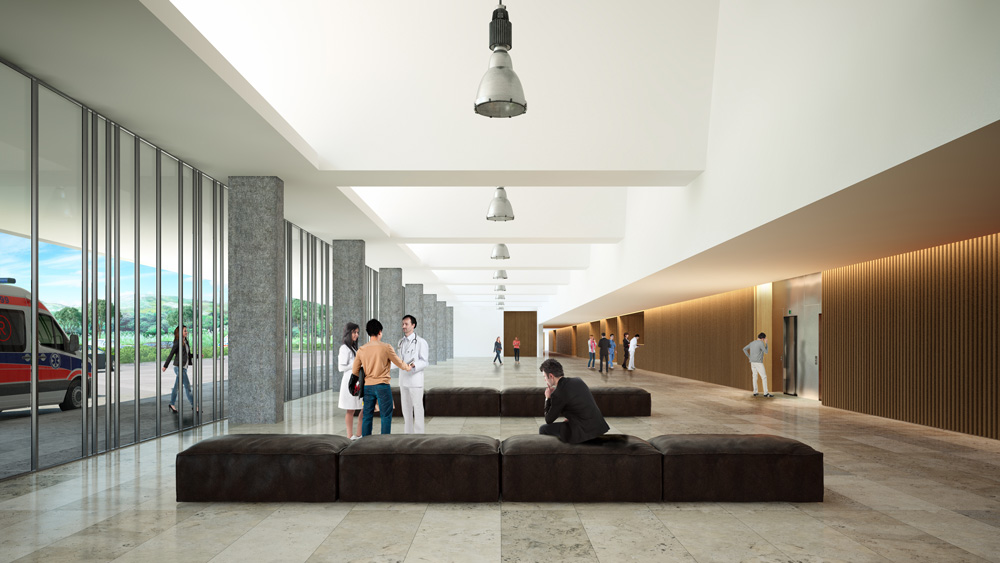 The architectural rendering of the room should capture the spaciousness and luminosity of the space. It highlights a large glass window that allows access to private terraces from where you can admire the surrounding views.

The surrounding was obtained from pictures taken in situ. Once finished the modeling and texturing the volumes that make up the Cancer Hospital, the actual photos were integrated getting reflections corresponded with reality and integration of the assembly to be as accurate as possible.