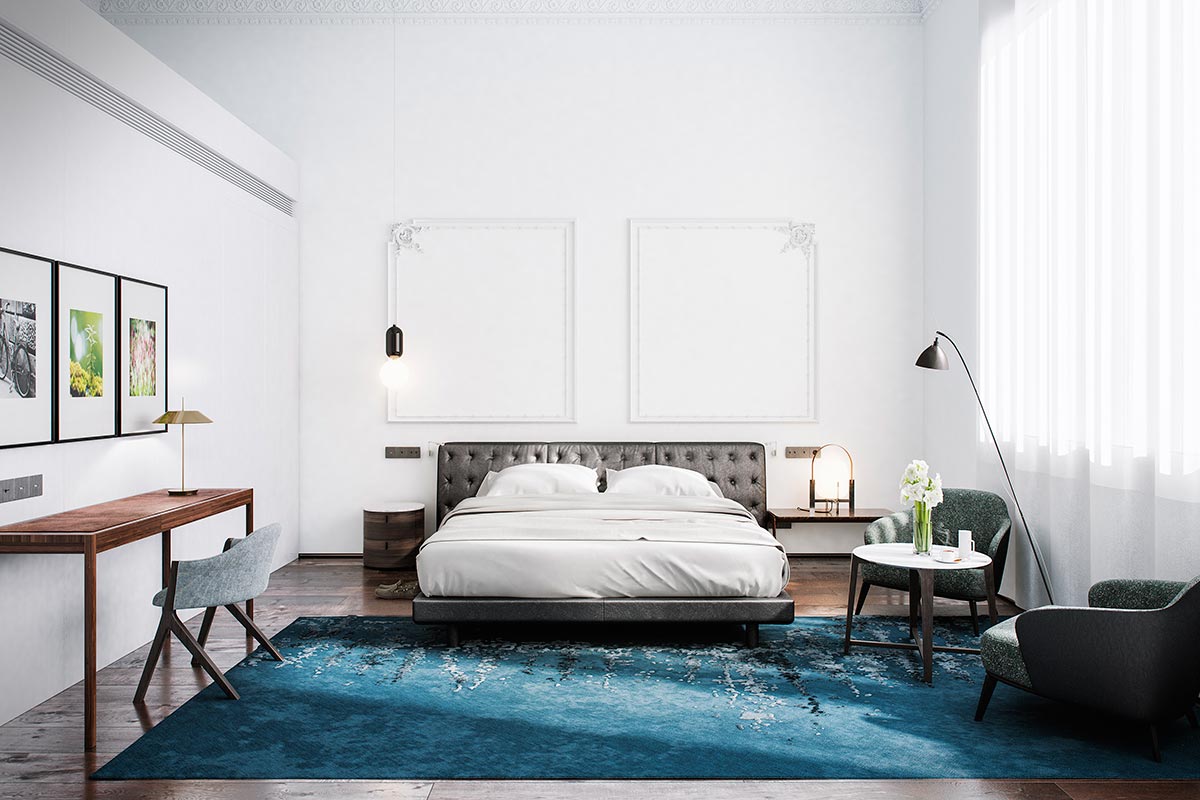 Today’s renderings take us to Seville, Spain. Mercer Hotels company will open in September 2016 their latest project the Mercer Hotel Seville located in the historic center of Seville. 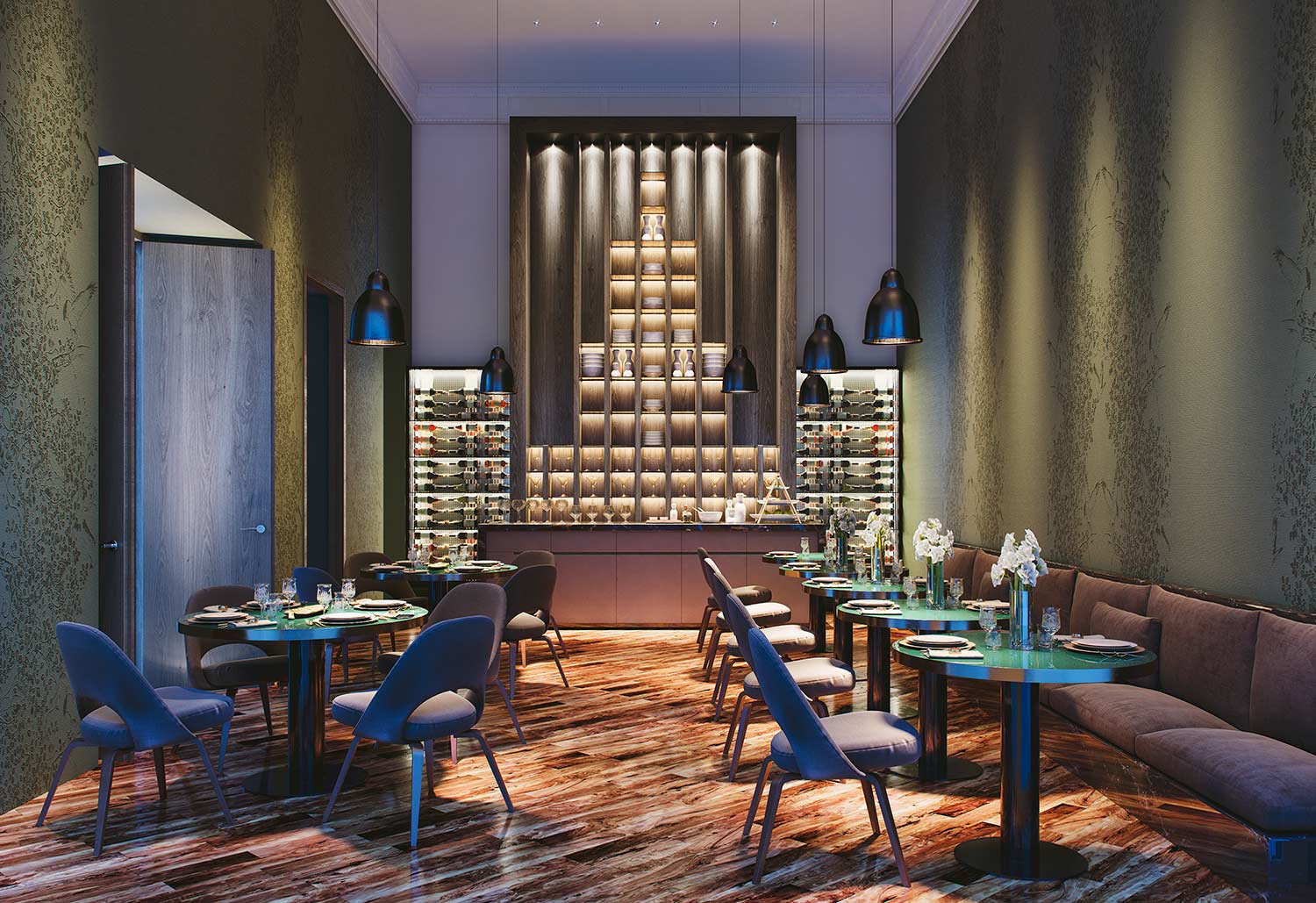 The hotel will be staying in the old Casa Palace Castelar a building dated back to the year 1880. The Sevillian architectural office Cruz y Ortiz is developing the refurbishment project. The hotel is comprised of 12 rooms of luxurious rooms and suites, cocktail room, bar, a traditional Sevillian courtyard and a terrace on the rooftop of the building with a swimming pool. 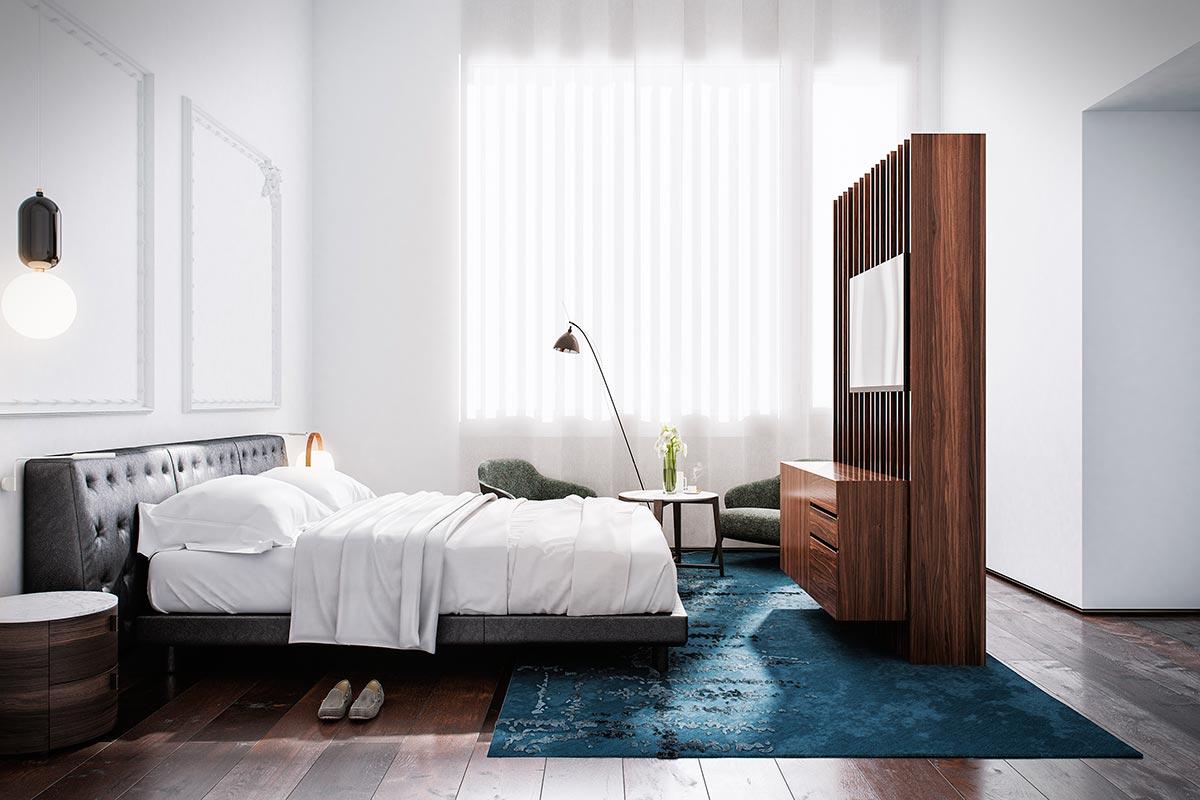 The team of interior designers of Mercer Hotels have embedded their fingerprint in each hotel selecting detail. furniture, lighting, art, textiles and colors, all following the inimitable style Mercer. 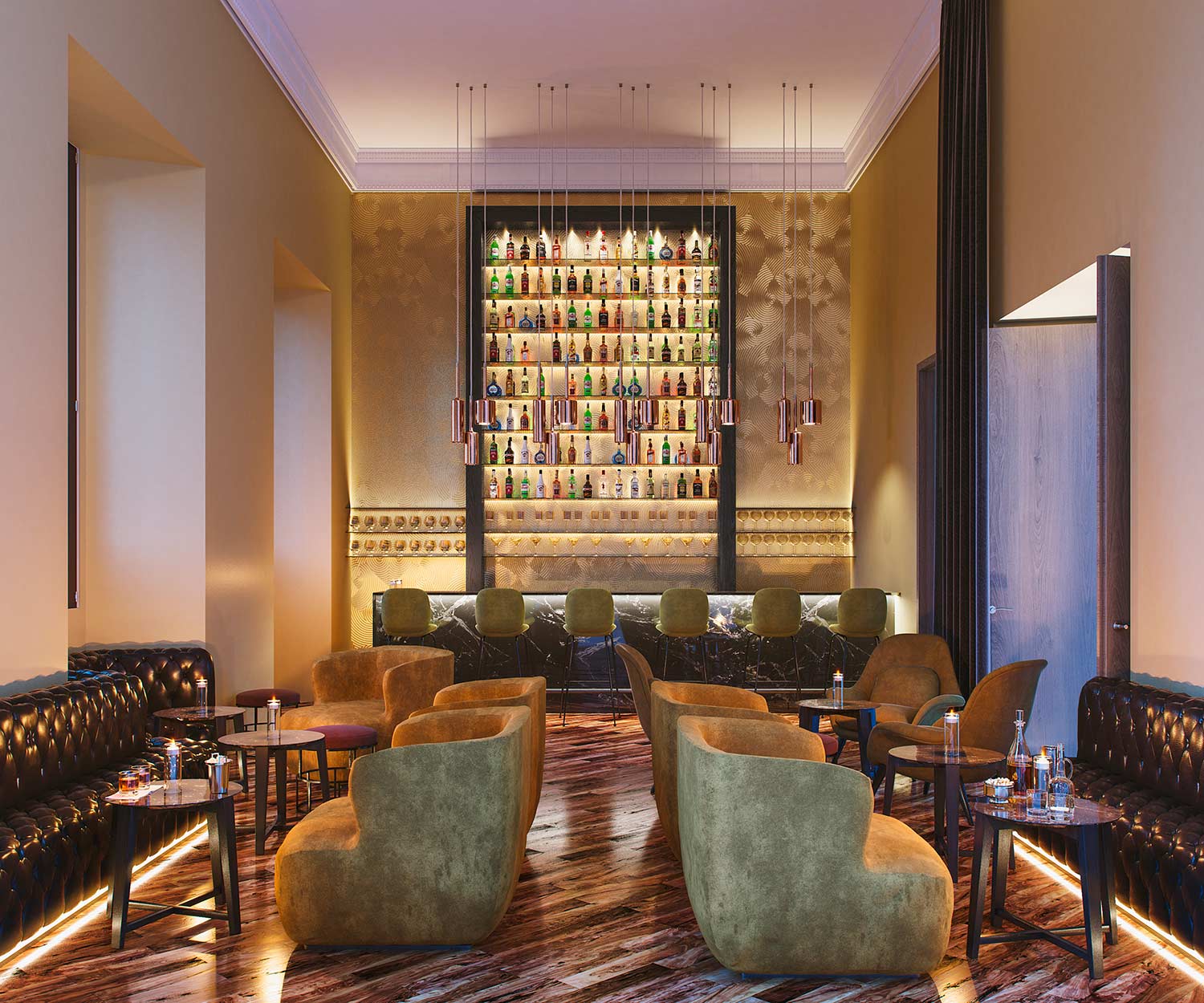 The team of Mercer Hotels needed some architectural rendering to show to the public the result of the architectural performance and facilitate the room reservation prior to the inauguration of the hotel. 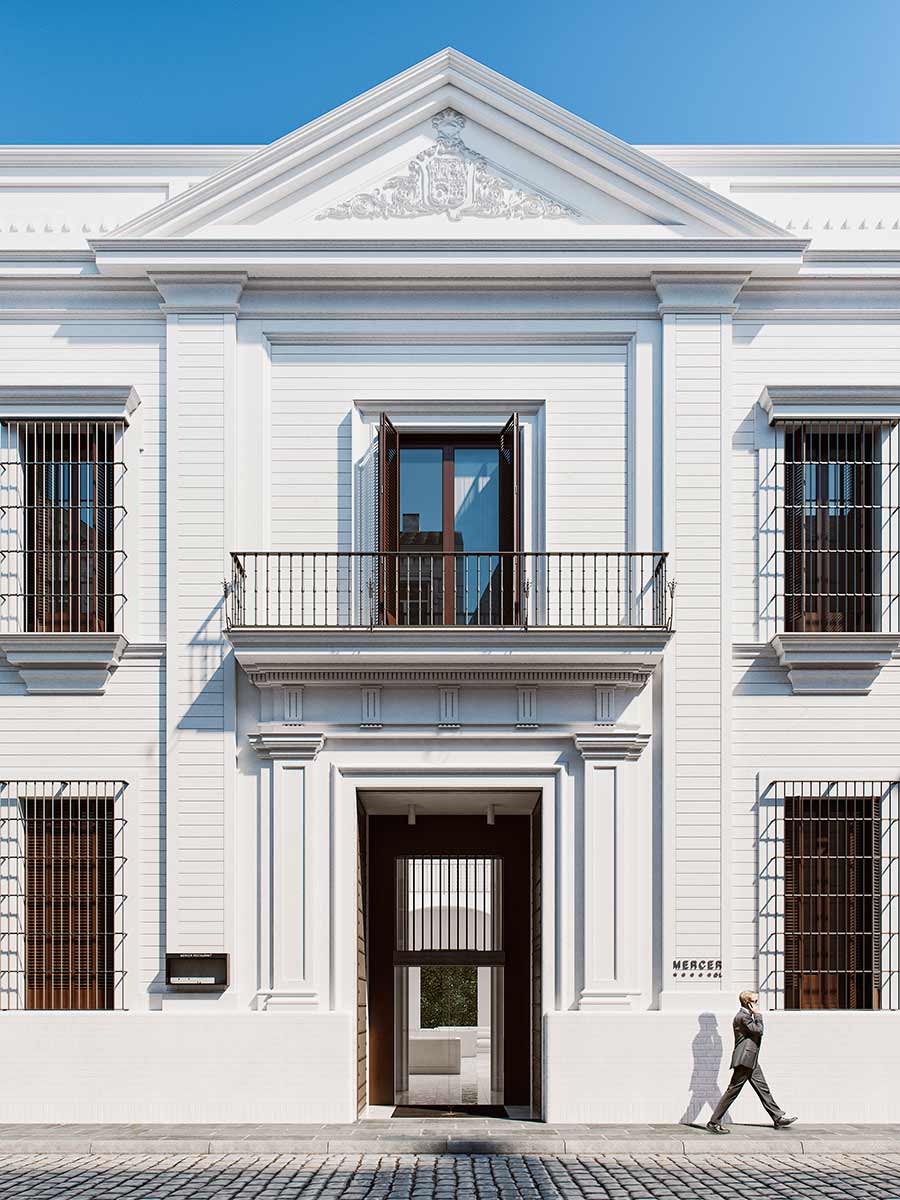 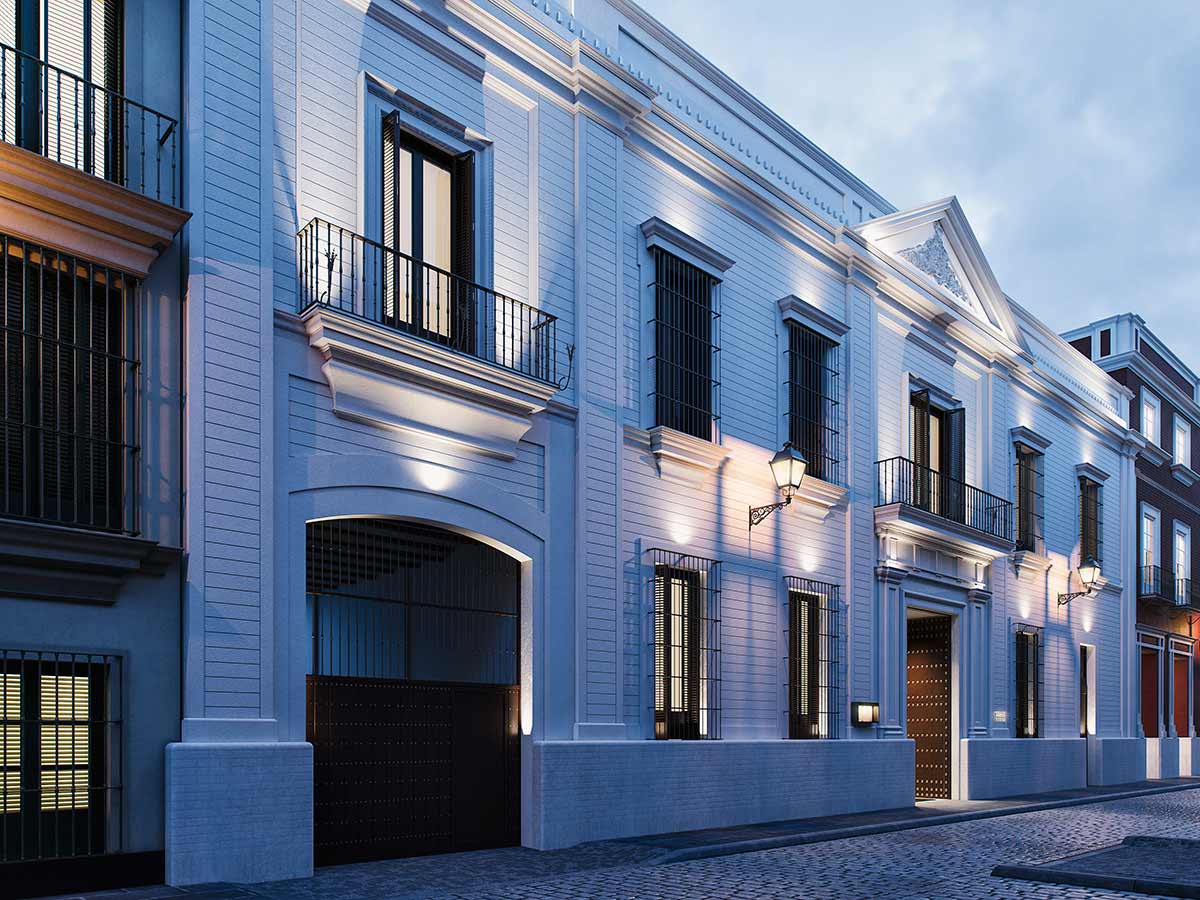 Several tested were done to choose the points of view which better suited what the client was looking for. Finally, added two more architectural rendering to the final commission.

Once selected the views we tested several lightings. For the facade architectural renderings we opted for a sunset light while for the rest of the visualizations we preferred daytime lighting.

Once finished this commission the interior designers of the Mercer hotels requested two new architectural rendering one of the bar and another one of the cocktail bar in which are working and hope to publish them shortly.