Architectural rendering for the competition of the Guyama Park 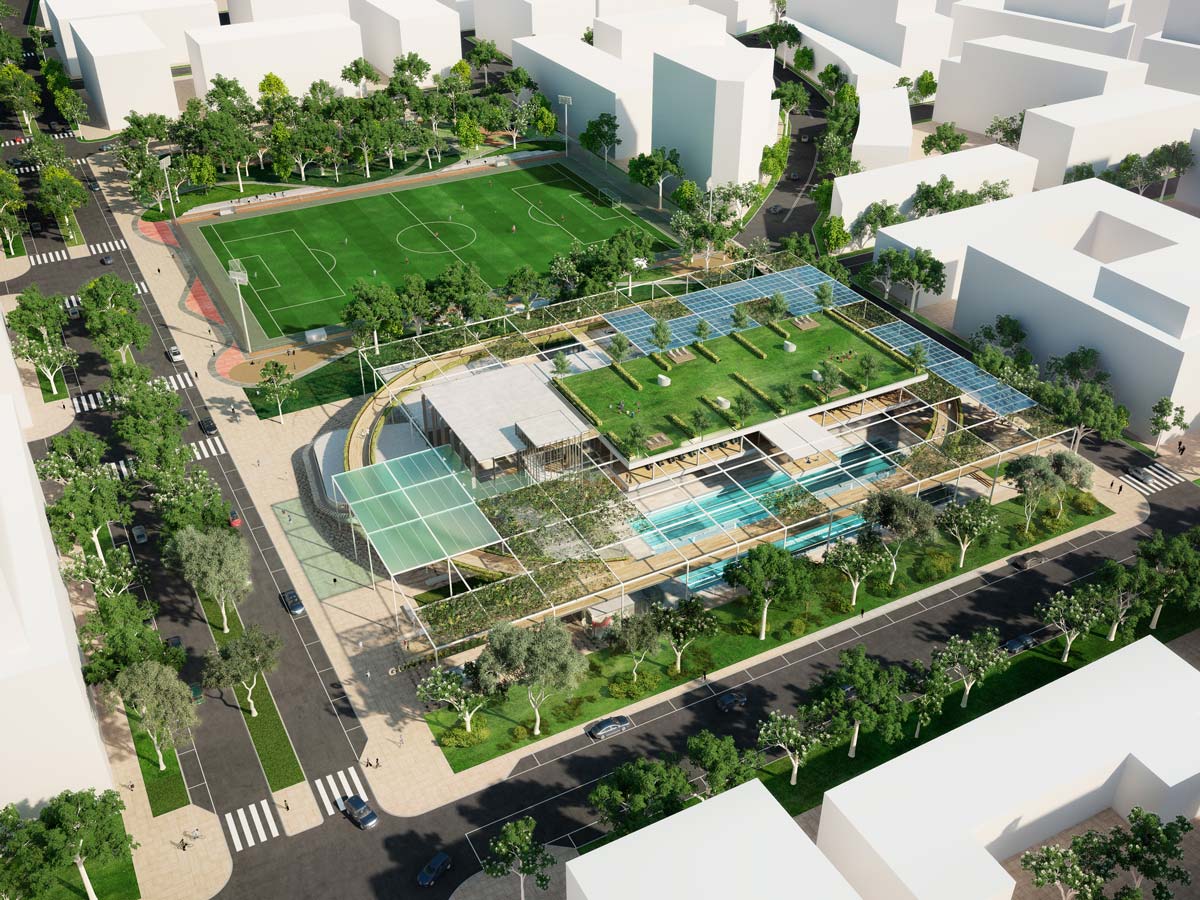 The City of Sydney, Australia, organized an open architectural competition for the design of the Sydney’s newest Aquatic Centre and neighbouring Gunyama Park.

The project is included in a new master plan of the city, in the Green Square district. The new master plan covers 14 hectare and is set to deliver 20.000 new homes. The Aquatic Centre and the Gunyama Park will be at the heart of the growing community. 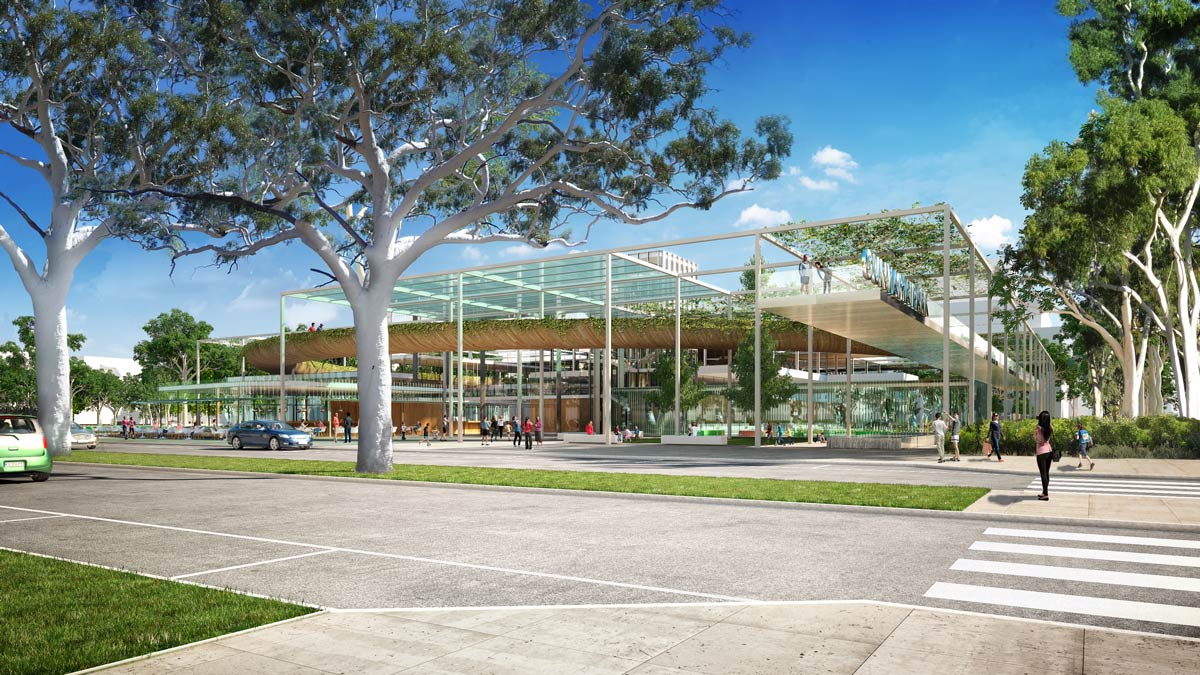 The proposal intends this park and aquatic centre to be a place for active recreation for the local community of Green Square. It also aims to combine the inside aquatic activities with the outdoor activities. The aquatic center has an olympic pool and a leisure pool which are separated by a building that houses the changing rooms and fitness area. All this is surrounded by an elevated walkway that serves as a public fitness circuit.

The architectural rendering of bird eye view was produced to explain the location of all the elements that were defined in the competition program, the aquatic centre and the park, and provides a scale of all the complex.

The commission finished with two architectural renderings of sectional perspective, one longitudinal and other cross. They explained the several building’s uses in each level as well as the interior and exterior spaces.

The architectural competition received 144 local and international submissions. Unfortunately their scheme was not successful. You can check the five shortlisted entries in the City of Sydney website.