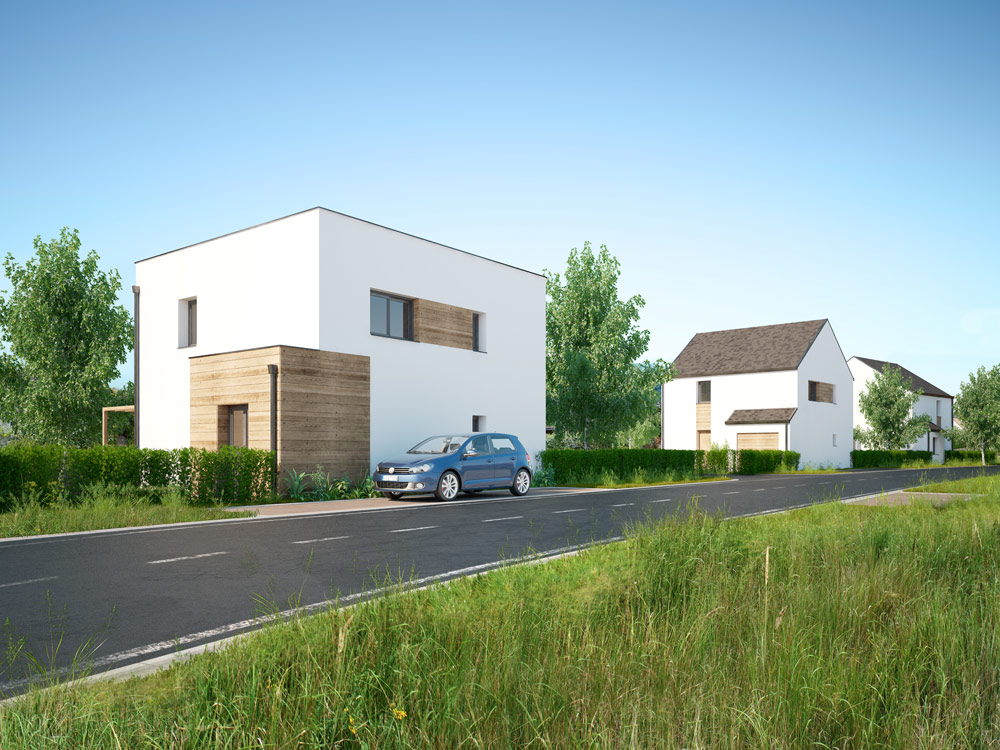 The business group FOUSSE Constructions prepares the launch in France of its new 2014 catalogue. For this reason, they commissioned a set of exterior architectural renderings and thus be able to promote their new models of prefabricated houses.

The development of a single catalog for France was one of the requirements that most conditioned this work. This forced to place vegetation that serve to locate the houses in any region of France, both in the North and in the South. Since these architectural renderings were a key point in the marketing of prefabricated houses, the client wanted to locate them in a residential area, thus conveying neighborhood feeling without giving up private spaces that the gardens of each home provide. 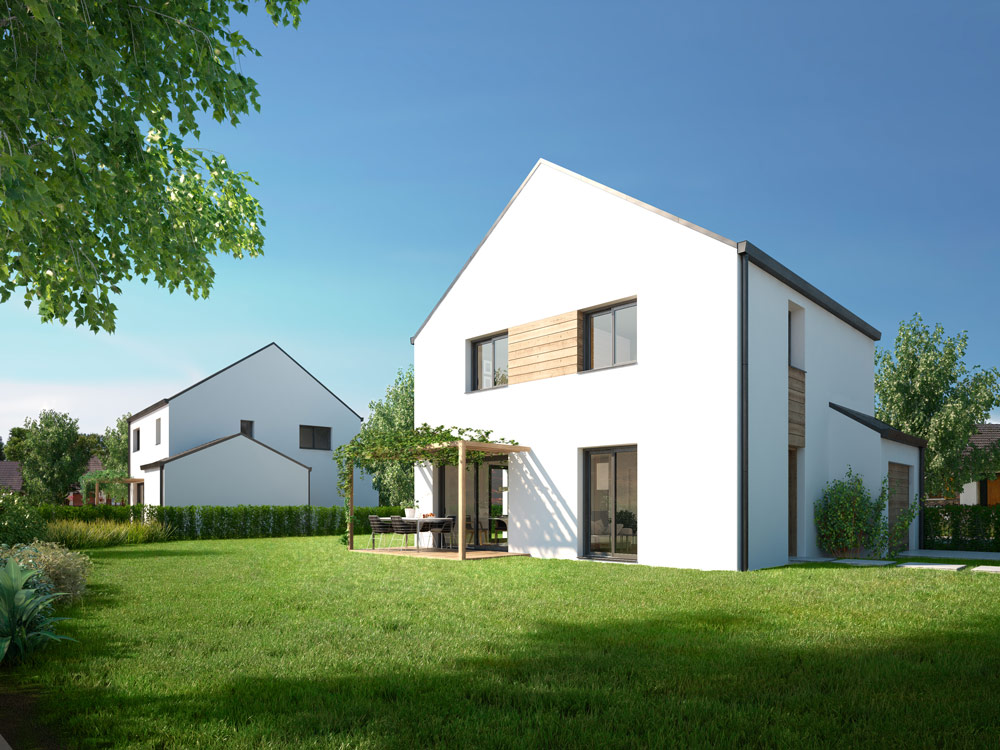 They are economic prefabricated houses targeted young people buying their first home. Based on a model that can perform several settings. For example, if the housing is placed in the Cote d’Azur where they enjoy a mild climate, a flat roof will be placed. On the other hand, if the house is located in the North of the country where the rains and snows are the order of the day a sloping roof will be placed. On the other hand, depending on the site, you can perform symmetries of the houses or even changes in materials and colors according to the preferences of each client.

Finally, the chosen frames were, one from the street and the other from the garden meeting the specifications set by the client. In the first one, the three houses are shown with the two types of roofs and with different orientations as well as different solutions for the access volumes. The second one shows the privacy provided by each garden.

The rest of architectural renderings that are included in the catalog will be coming soon. As well as the link to the catalogue once it is finished.