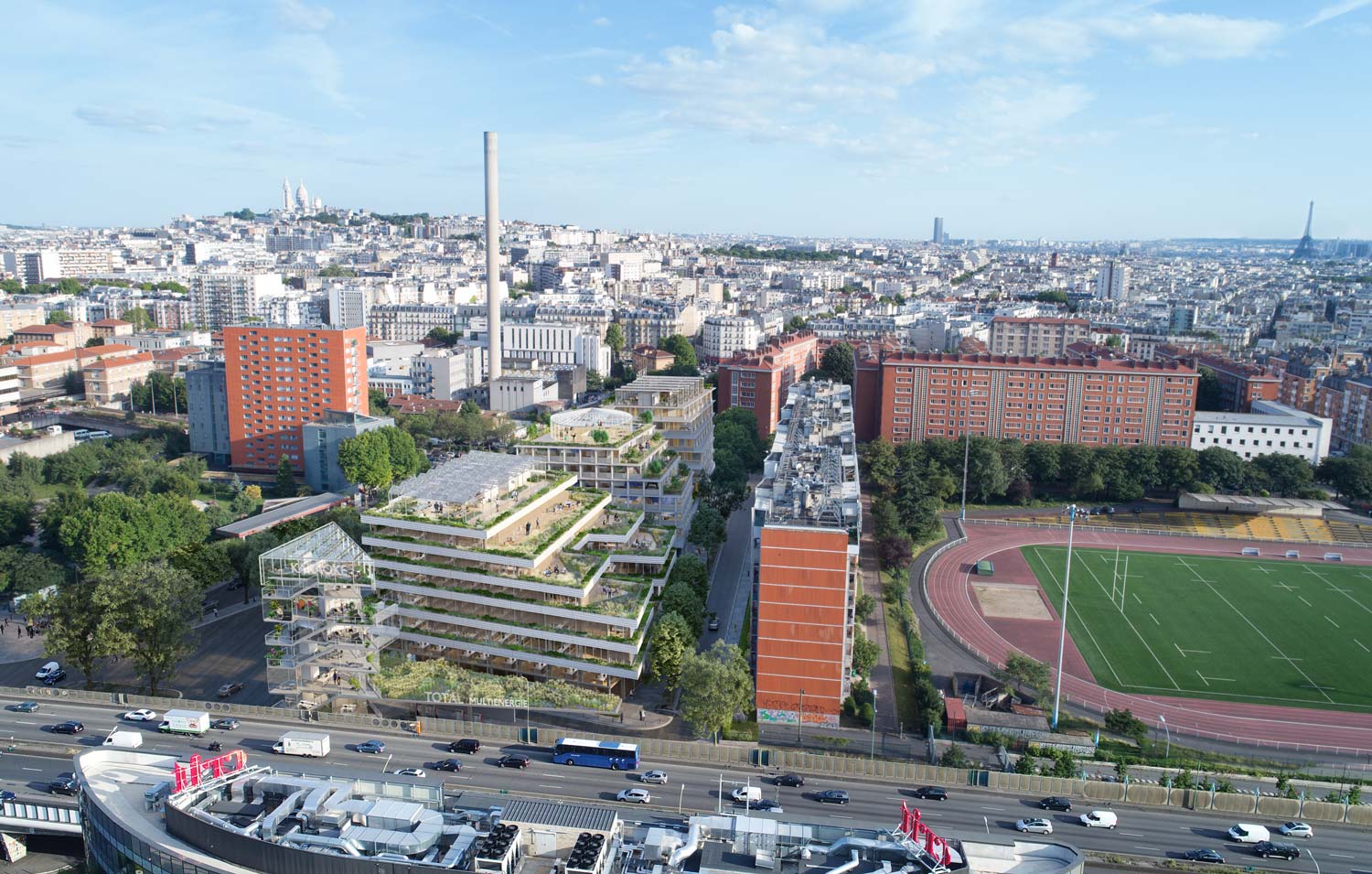 For the first time, the different city halls of the metropolitan area of Paris have come together to transfer 59 plots under their control with the aim of inventing new neighbourhoods around the metro stations of the future automatic metro being built around Paris. 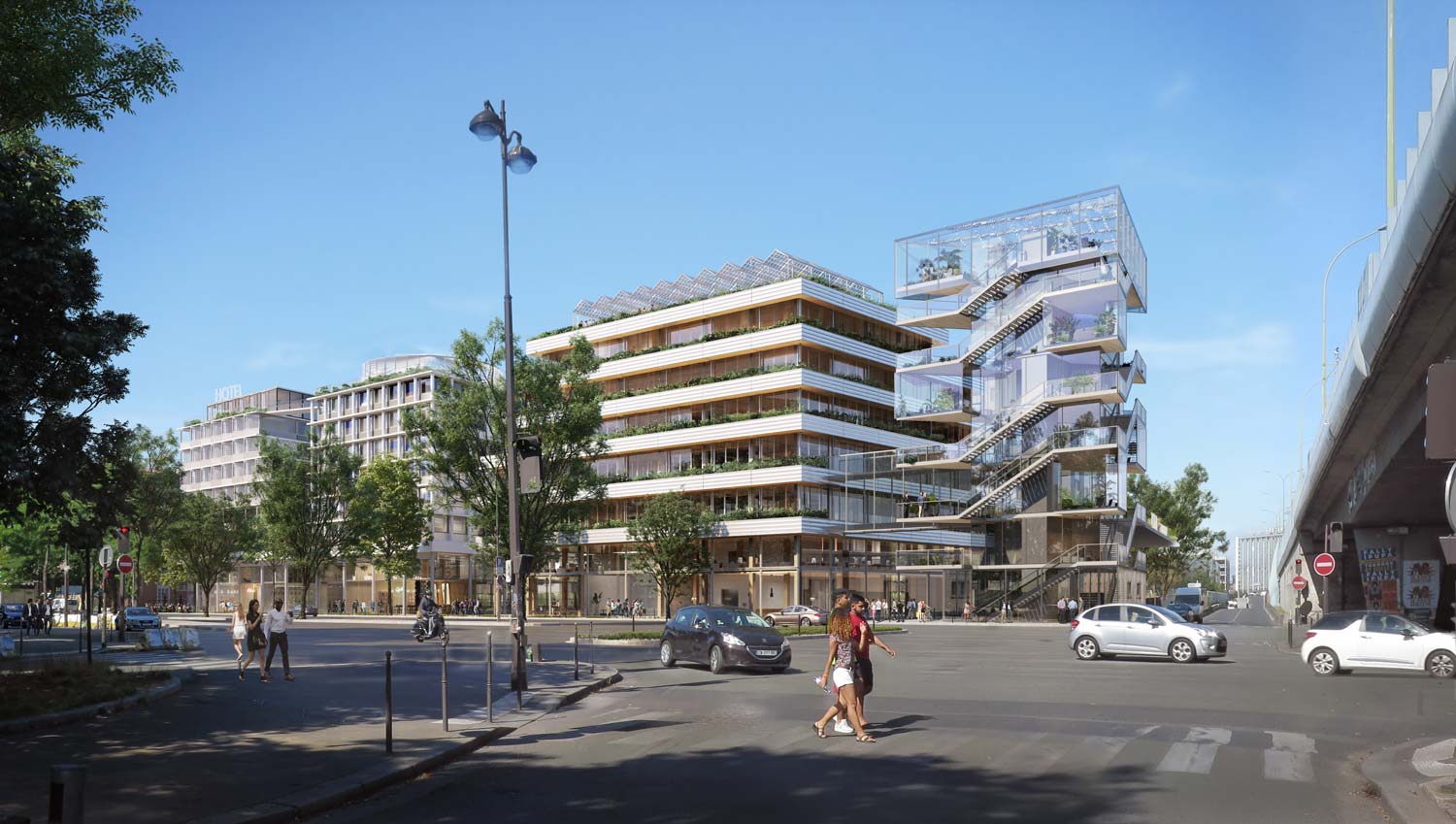 To find the best solutions, the consistory organised an architectural competition “Inventons la Métropole du Grand París”. Involved 420 teams, both local and international, proposing concrete and innovative answers to social challenges and the issues of urban change, as well as to the urgent environmental situation and the need to adapt to climate change. 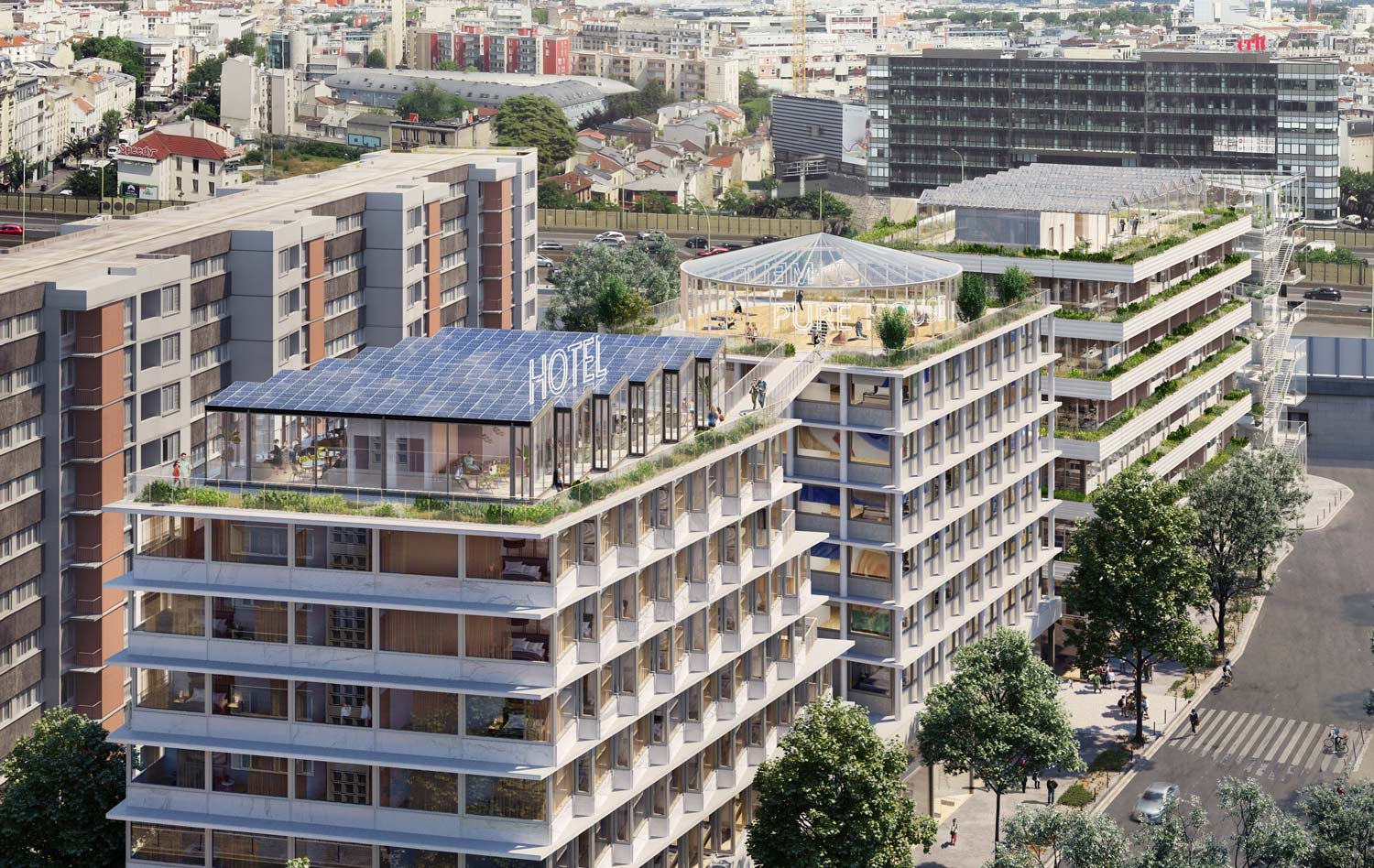 The team formed by BNP Paribas Real Estate, Hardel et Le Bihan Architectes and Mugo Paysage commissioned eight architecture renderings. Their proposal for this architectural competition is called 17 & Co. A place open to the outside, a common place that promotes coexistence and cooperation. This cosmopolitan logic responds to the diversity of the nearby Saint-Ouen flea market. 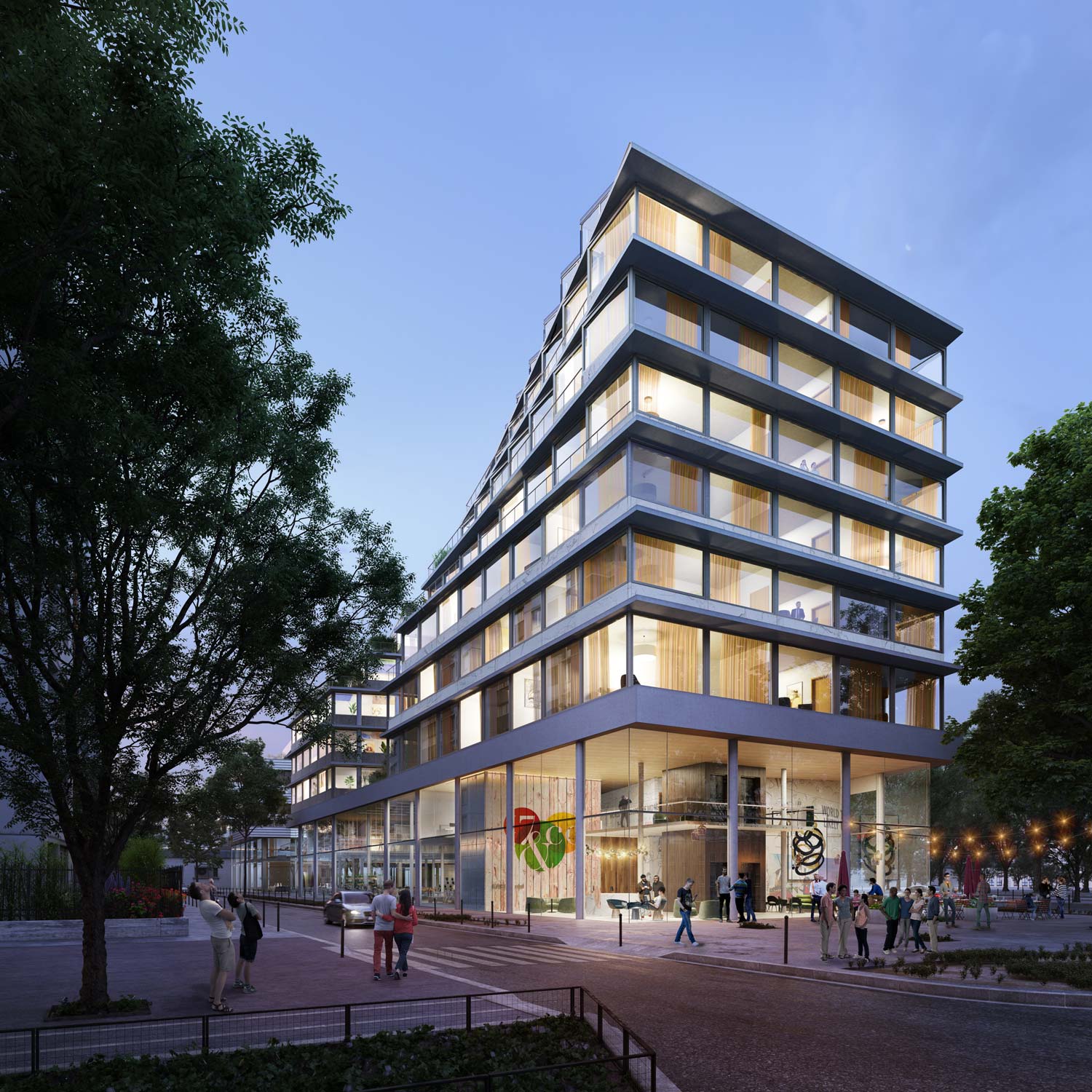 An ambitious and hybrid programming is proposed, supported by a combination of urban functions foreseen, to open the building to the exterior and allow it to accelerate the social cohesion of the neighbourhood. 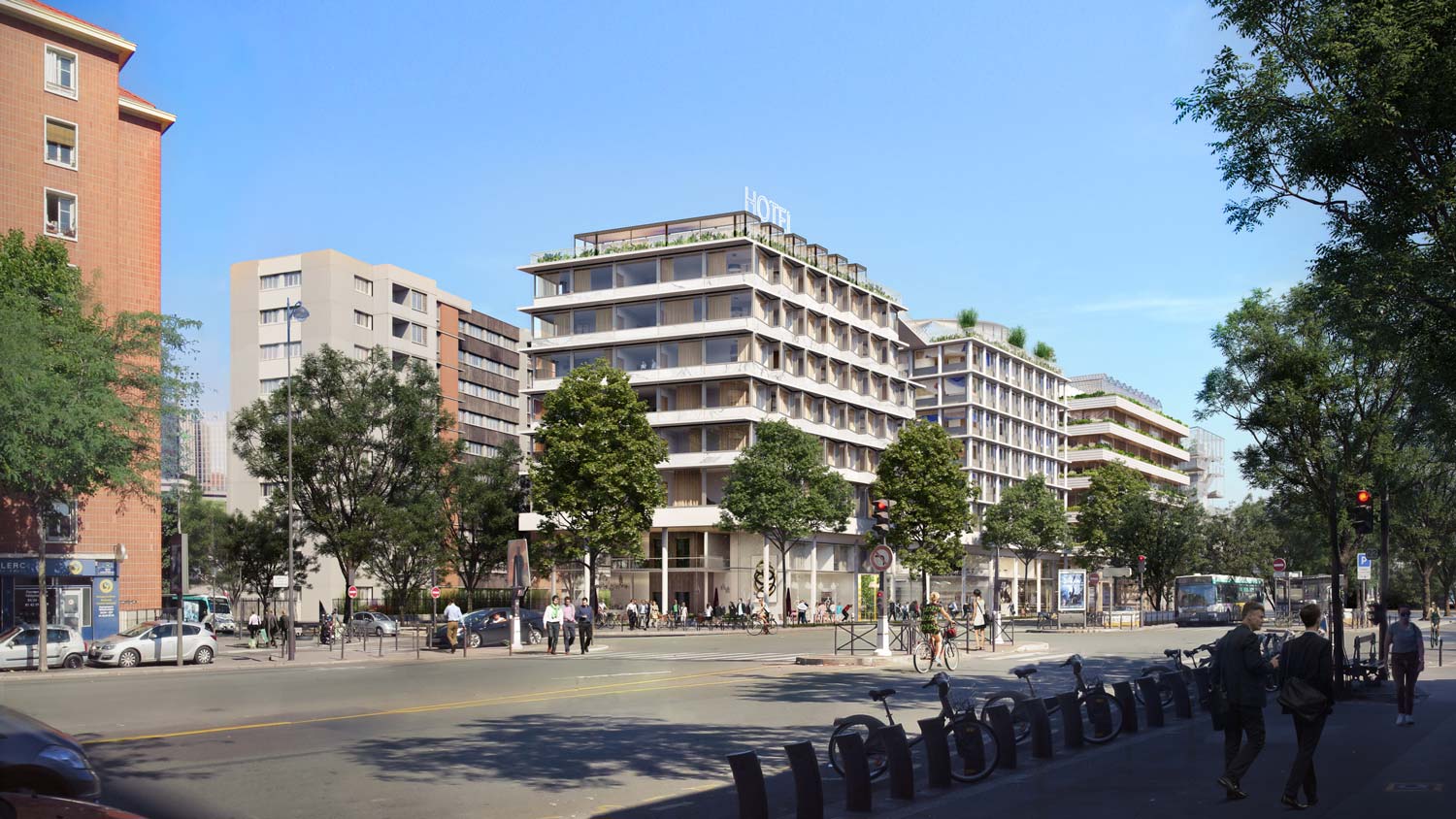 To develop the architectural renderings different points of view were tested. Once the frames were selected, photographs of the area were taken. The 3D renderings were merged into the real photographs in such a way that the environment was the real one.

With the architecture and the points of view approved, we tested different lightings opting finally for a daytime one except for the view of karaoke that should be at night. 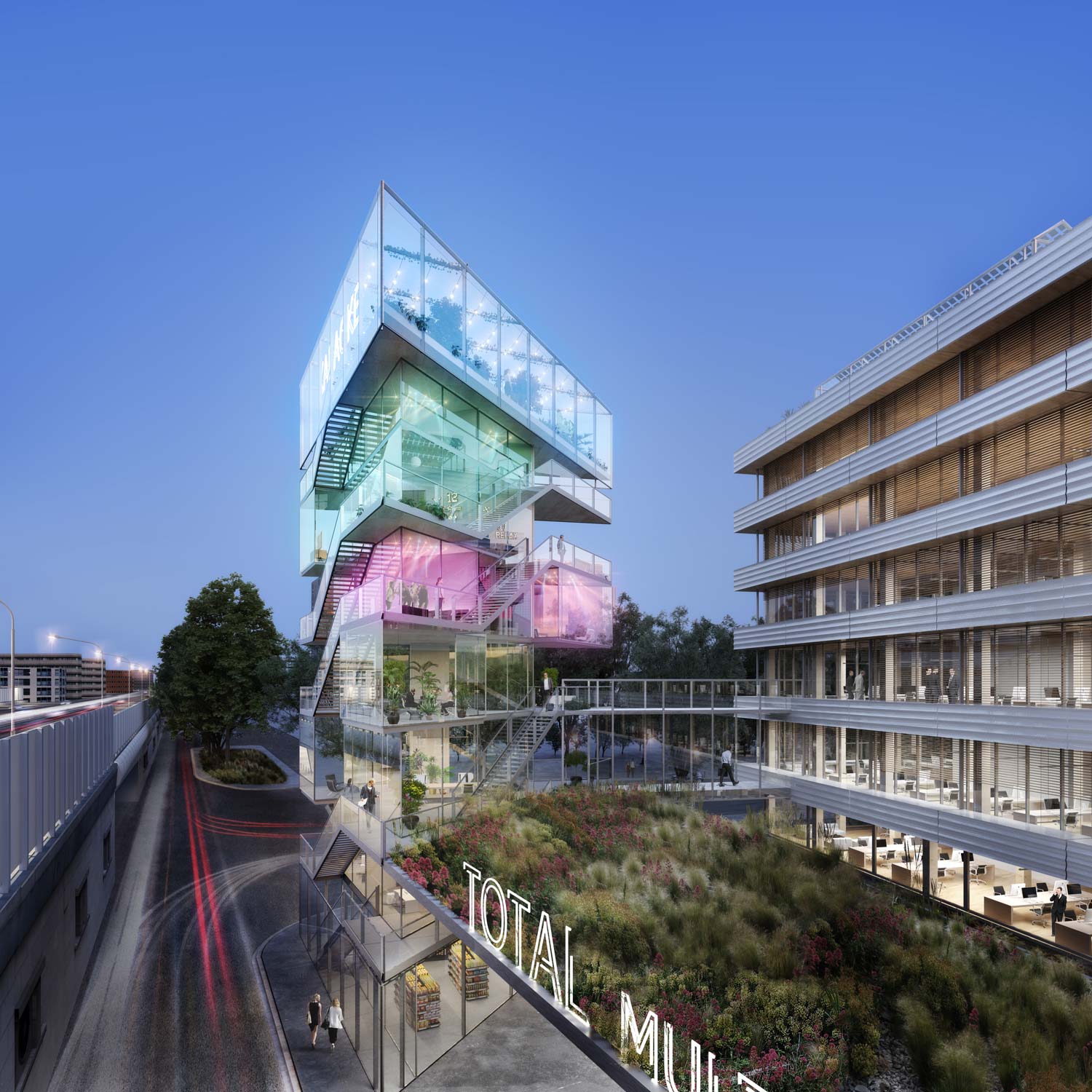 After launching the high-resolution renderings, we started the post-production phase. People in the pictures were placed using photoshop. Real characters that had to adjust to the project requirements and offer the proposal setting. 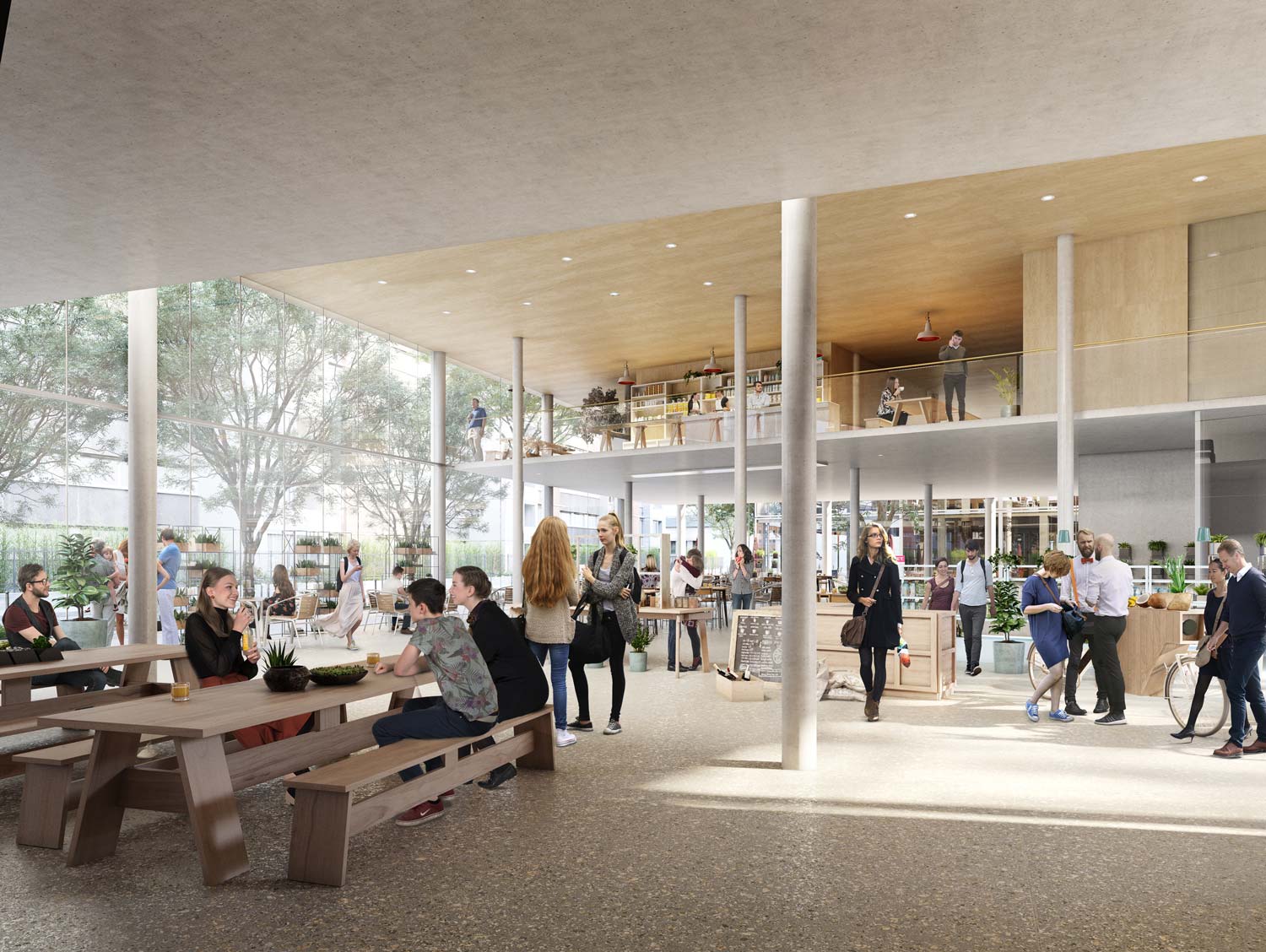 We leave the link with another of the latest renderings of another project of this architectural studio.