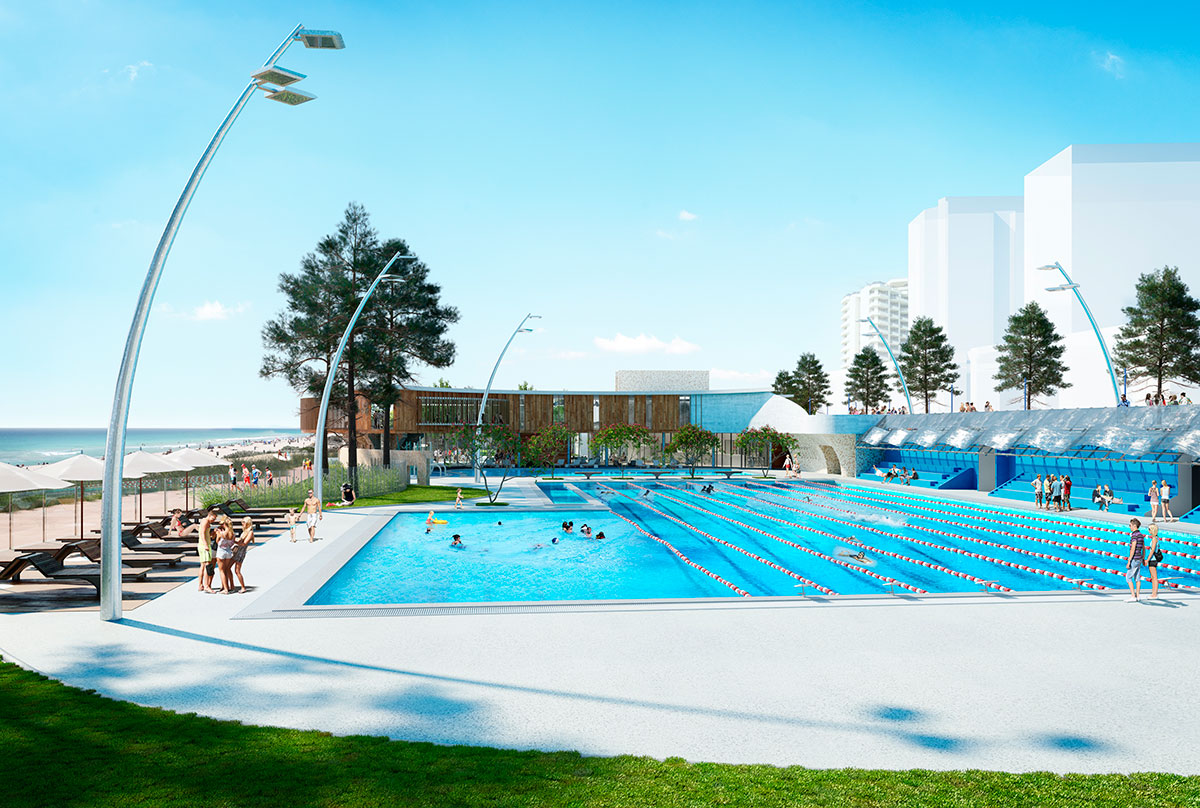 One of the most important aspects in the architecture world, and that sometimes is forgotten, is the communication of a project. A project idea can be worthless if you fail to communicate properly to the end user.

The architectural rendering is a key factor to transmit the project to the end user. Thanks to it the user can quickly visualize the project proposal without understanding the technical drawings.

On this occasion, the architectural firm Christou wanted to present its proposal to the city council for the design of the pools that will be included in the new ocean front Scarborough Beach in Perth, on the West coast of Australia.

This architectural rendering aims to be the nexus for transmitting the proposal in first place to city council and then to citizenship. Showing in a clear way the idea of the project.

The design proposes a series of pools for both sporting and recreation, new commercial areas and activation of the street at the waters edge. The project is a part of the Scarborough Hub project, creating a new focal point for the community.

The Scarborough Beach Pool will include a 50m pool has been designed so that it can be sectioned off to create two 25m pools. The pool will also feature spectator seating, change rooms and supporting amenities, extensive shade, relaxation areas, passive family areas and a bar located on the ground level to accommodate the pool users.

We are currently collaborating with the architectural firm Christou in the production of more architectural rendering of this seafront. A new proposal that we hope to publish soon.