Architectural rendering for the City Square competition in Perth, Australia

Nowadays architectural competitions are a real challenge because of the large amount of teams presented. The need to include in the documentation of the project some stunning architectural visualizations which transmitted the main ideas of the proposal becomes apparent. In this way, the proposal manages to capture the attention of the jury.

For this reason, the Australian architectural firm Christou hired, once again, Berga&Gonzalez to produce two architectural rendering of their proposal. 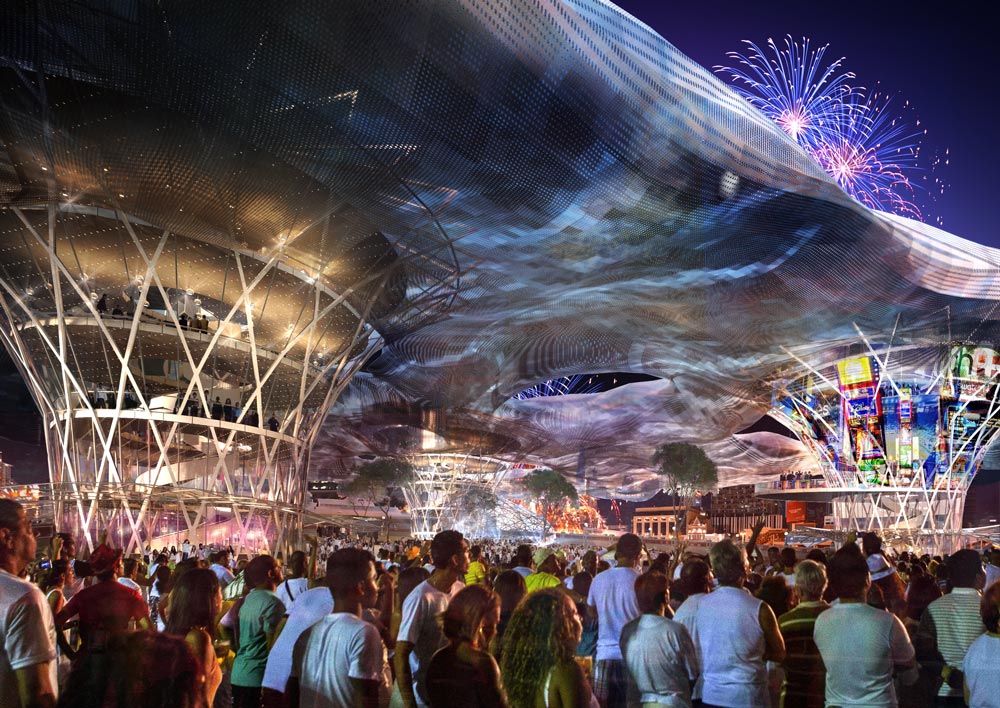 To carry out these two architectural renderings, were available only 2 days of work. It was thus an urgent project, which we received just sketches, drawings made by hand and some very basic SketchUp model. Definitely our experience as architects was definitive to meet the goals and transform our client’s ideas into two impressive images.

Images as reference methodology for conducting the renders were also used. The client sent images that materials, environments, feelings were defined. In this way it was easier to understand the project and also the atmosphere that the customer wanted to convey in the architectural rendering.

Finally the efforts of all members of the team have been rewarded, as currently the project has been selected to be part of a group of finalists.

The architectural competition is part of an ambitious urban restructuring plan aims to redevelopment and revitalization of the City-Link City Square of Perth, as well as the design of several commercial buildings that trigger activity in the area.

To develop the program of the competition the MRA (Metropolitan Redevelopment Authority) convened various neighborhood associations, traders and stakeholders to understand their needs and desires. More than 2,000 ideas were received and from these the final program was drafted. This should include a shopping center, a market, entertainment and a great space for celebrations of events.

The architecture firm developed two architectural proposals based on organic forms. The first proposal was for a building whose shape through a central open space, ideal for pedestrians and bicycles, was generated. For this first proposal we chose a sunset lighting, pretending how it would be the end of day for the citizens of Perth.

The second proposal was based on free most of the space on the plaza level, for which a building, shaped like a cloud and sustained by pillars was simulated. This time we opted for an architectural rendering with night lighting simulating holding a big event.