Architectural rendering of a residential tower in Barranquilla, Colombia 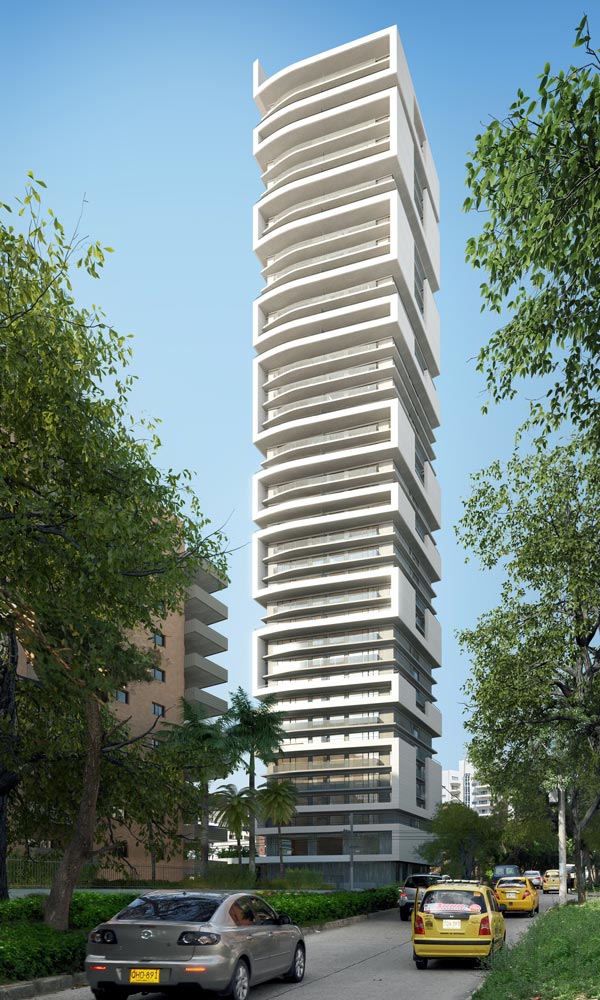 Today’s architectural renderings take us to Colombia, specifically to Barranquilla, one of the most important cities of the Caribbean coast of the country. 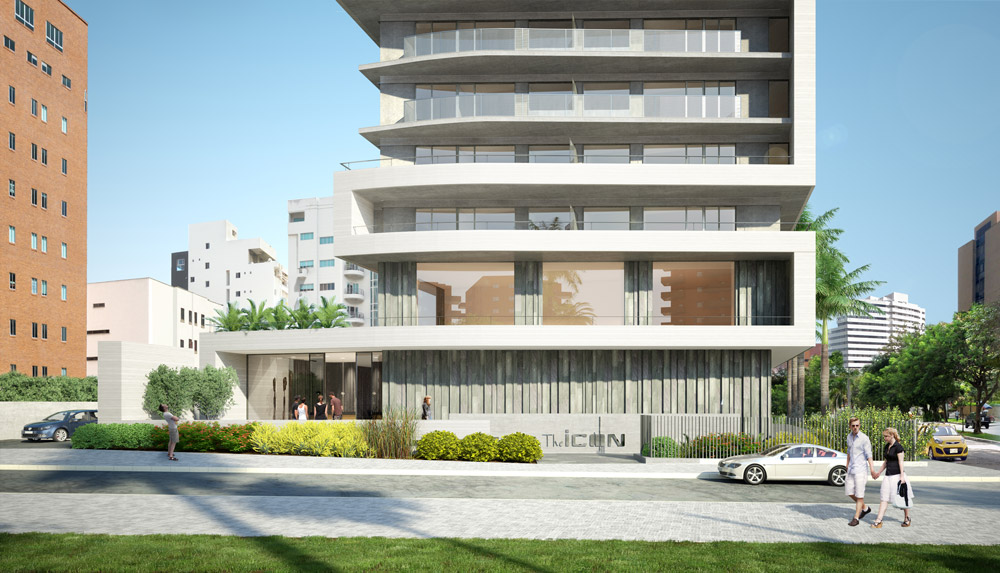 The architecture firm TASH, with offices in Colombia, Spain, Panama and Peru, commissioned 8 exterior architectural renderings for their latest project of a 42-storey residential tower that aims to become one of the most emblematic buildings of the city. 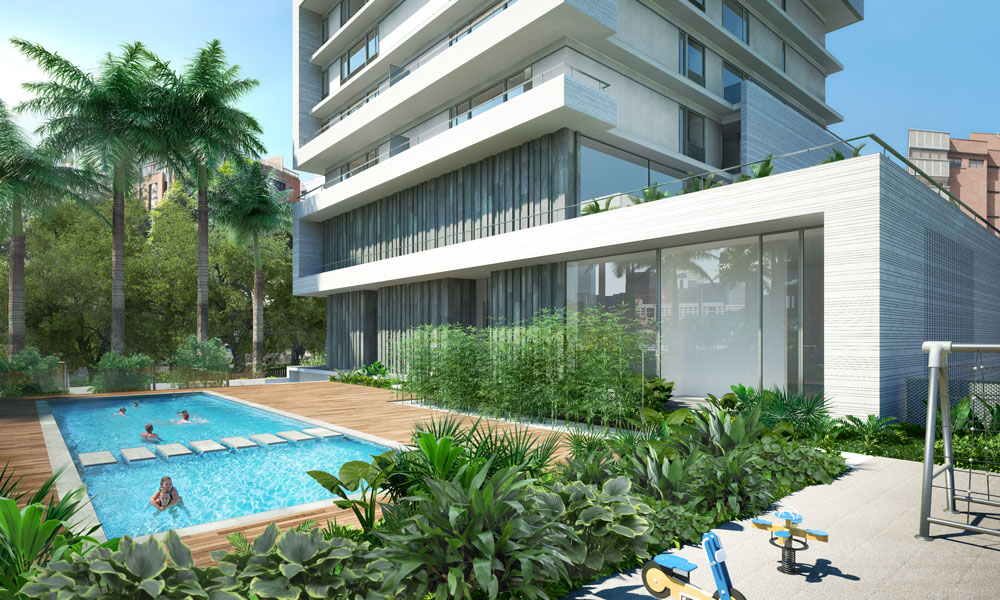 In terms of lighting, the client wanted to combine a day with a dusk lighting. In the daylight renderings, a cloudless blue sky, on which the building stands out. On the other hand, the dusk 3D visualisations of a high-rise building require greater care to provide realism to the image. To this end, the apartment interior were lit up randomly and with different intensities.

The surroundings, buildings and vegetation, were reproduced entirely in 3D from the information obtained from the internet because of the difficulty of obtaining real photographs. In this way, the image was very close to the reality.

In the architectural photography is usual to straight up vertical lines of the building and maintain them parallels. This is not always the best in high-rise buildings because the image gets too distorted. In this case, for general framings we performed a multitude of tests to find the right amount of convergence correction. 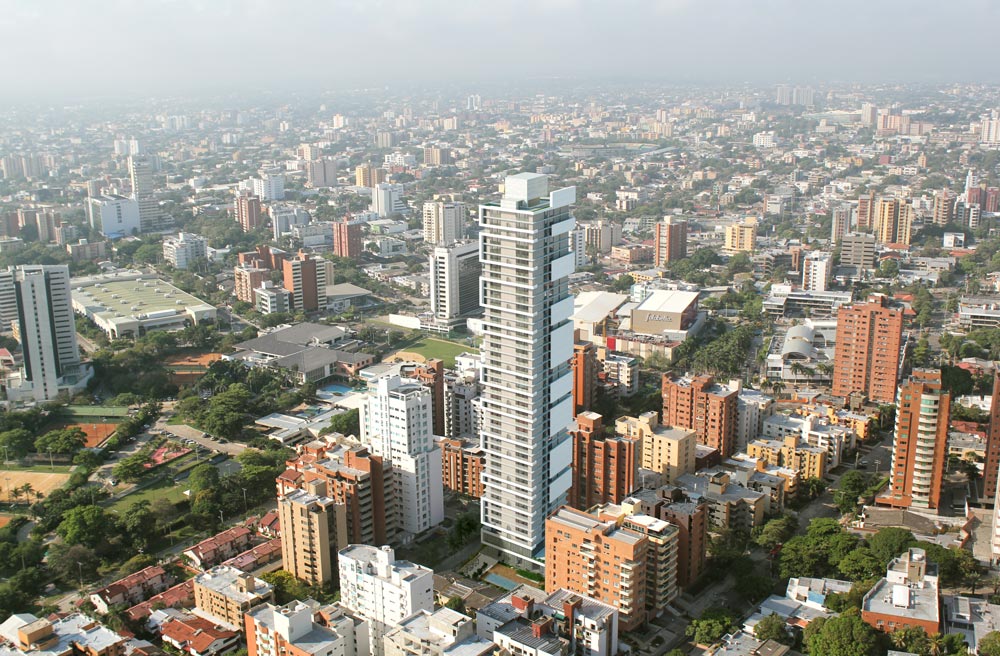 The building is characterized by a zigzag ribbon composed of white brick that climbs to the top of the building. In the main facades we can see the large windows which are combined with a gray monocouche render.

These renderings will be part of the documentation to be used for the marketing and sale of apartments at the same time we are developing a set of interior architecture renderings, which we’ll show you shortly in a new post.