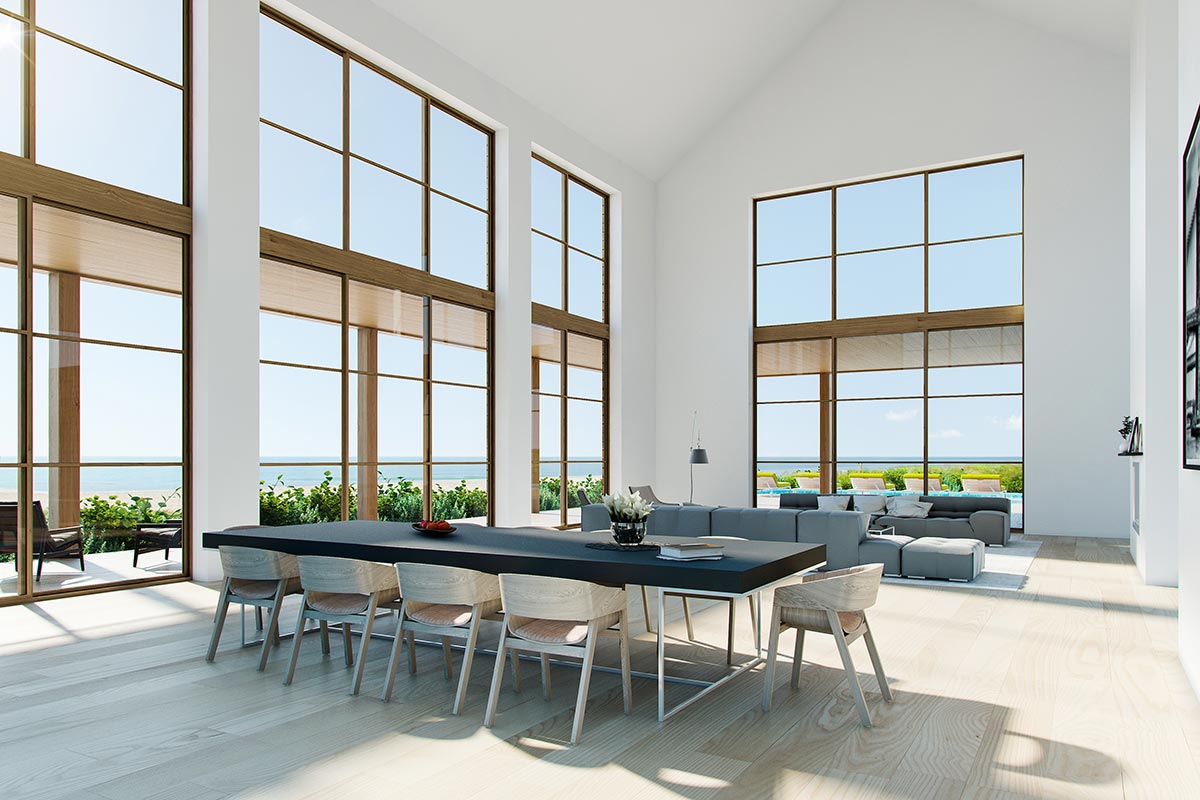 The architectural firm Roger Ferris, located in New York, contacted us requesting six architectural rendering of one of their latest projects which are developing. 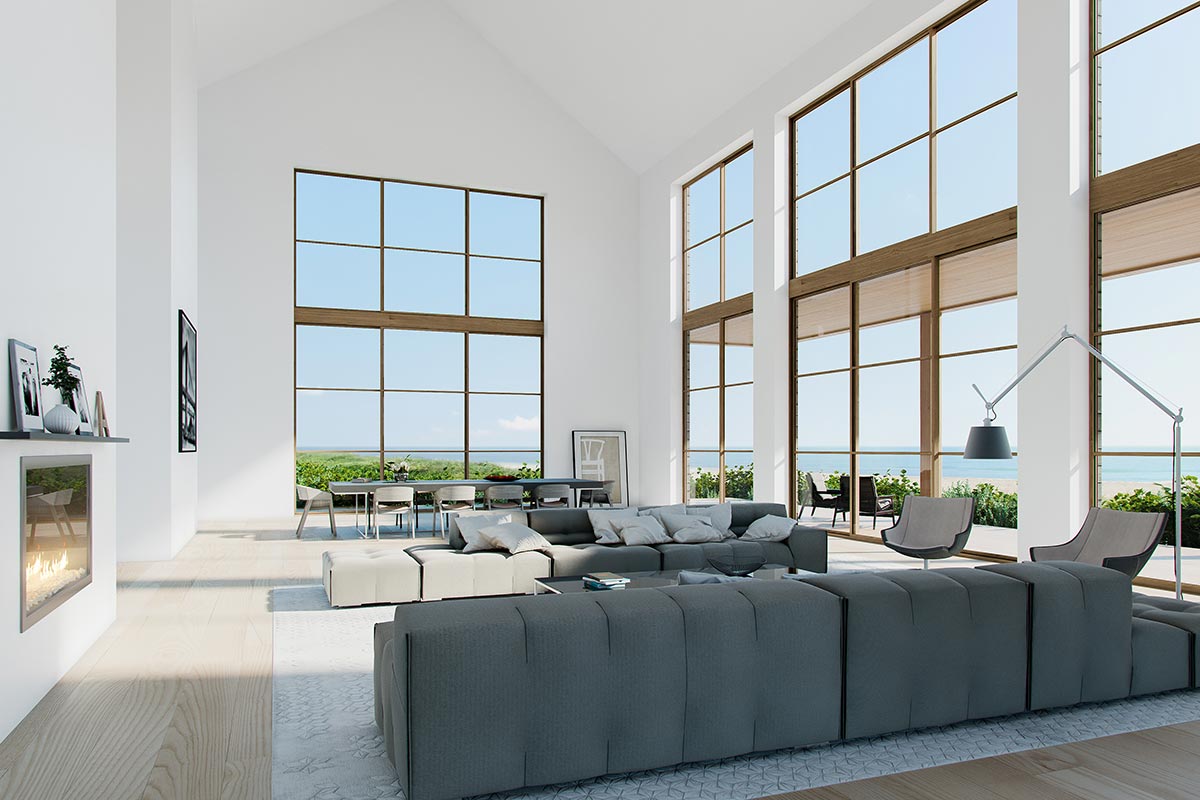 They are designing a luxury home located in the prestigious district of the Hamptons in New York. A district well-known for hosting the second homes of the upper-class people of the city. 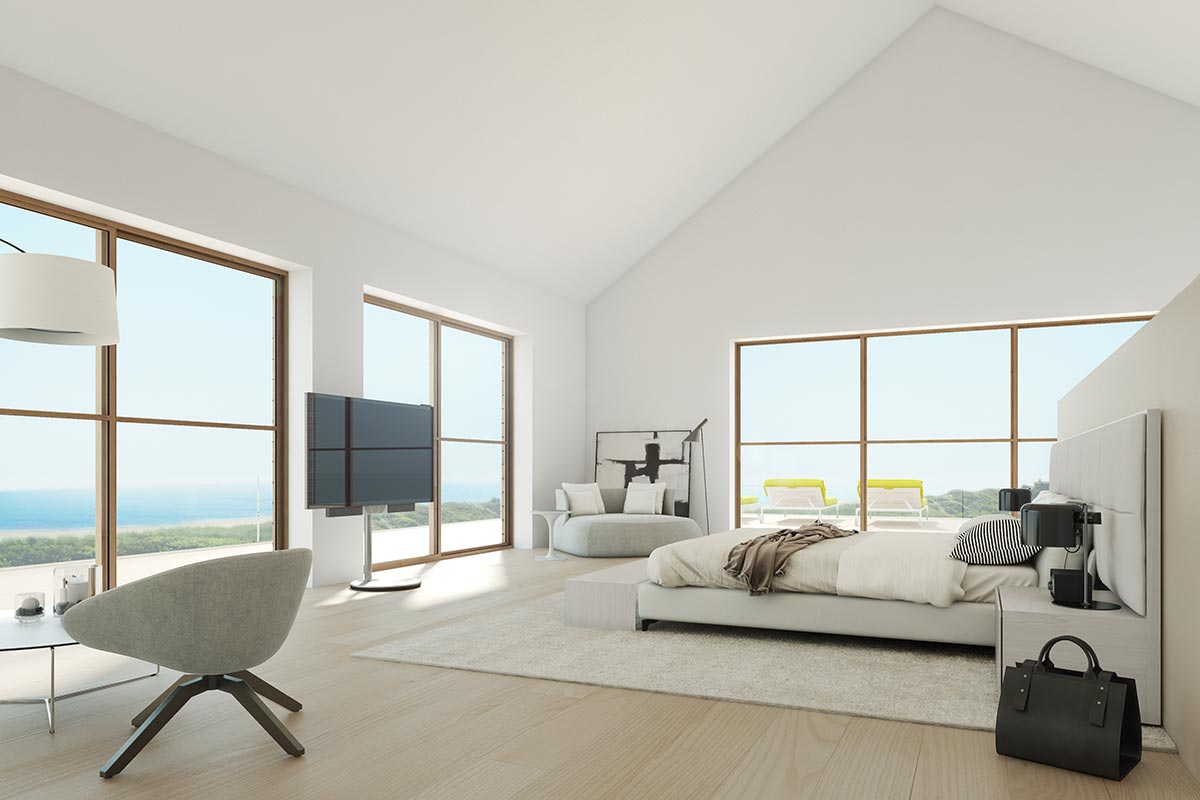 The assignment included six interior architectural rendering that showed the most representative spaces of the villa. So two views were done from the master bedroom, two views of the living, and two of the family room that included one of the kitchens. The views should convey a calm atmosphere for relax and disconnect from the routine. 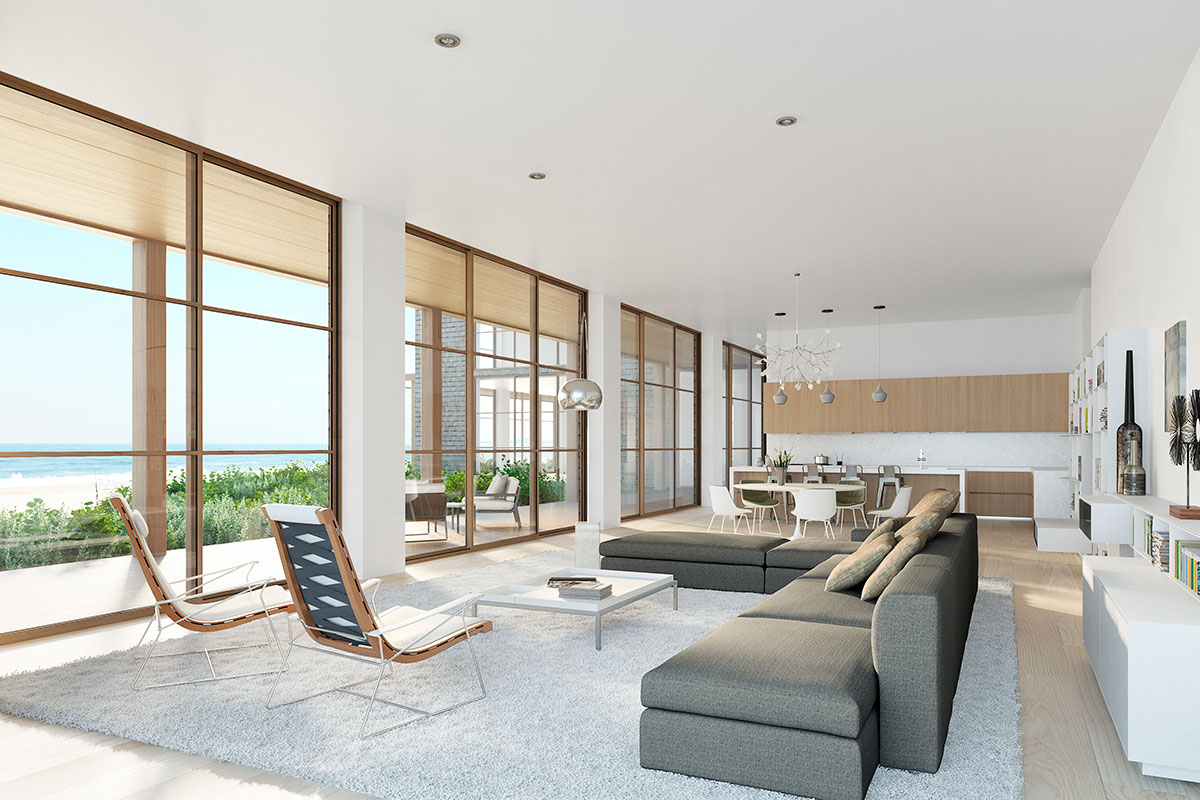 One of the most decisive factors in this project was the tight deadline. To make these six architectural rendering, we only had a day and a half. An extremely scarce time for all the work to do. The project became fully committed and very well documented. The limitation in the deadline gave rise to not be able to make changes and just adapt to the documentation provided by the client 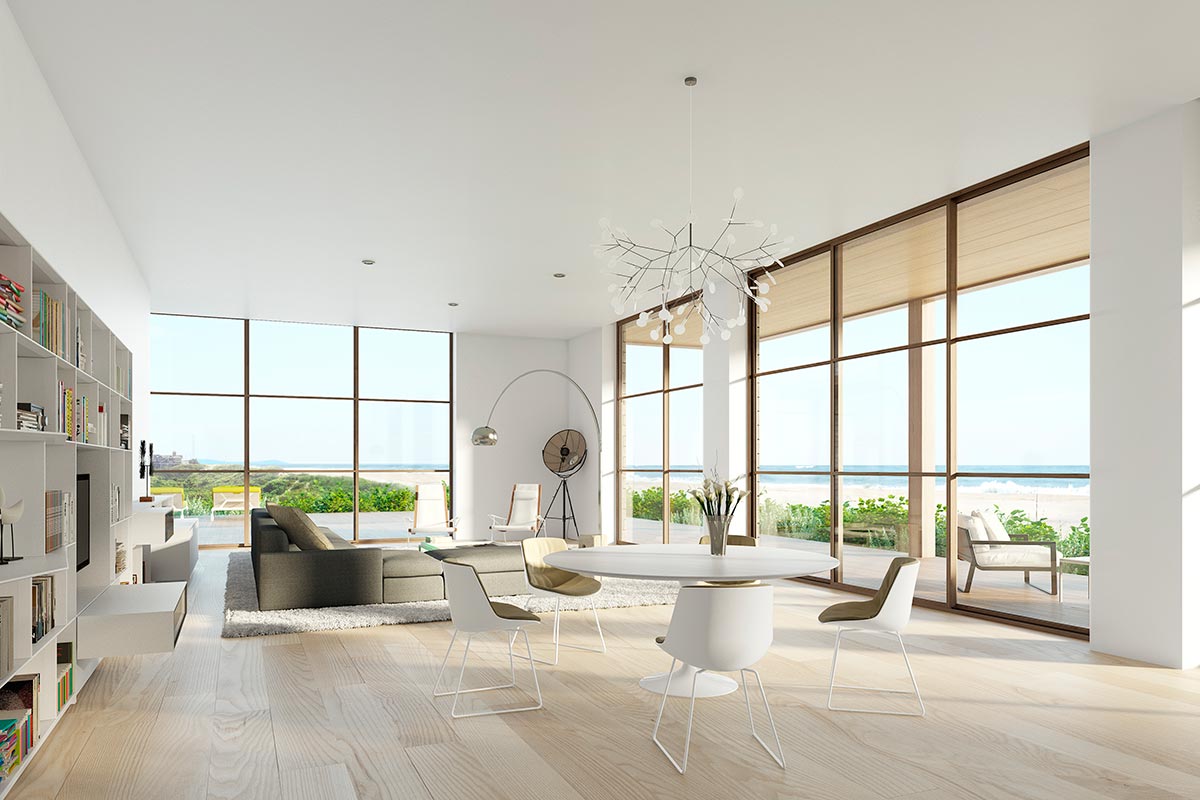 We carried out the interior design. The customer’s requirements focused on getting a modern and minimalist style where neutral colours predominated.

Once the client approved the final draft of the rendering, we sent to render with the final resolution. In this case, we deliver the architectural rendering with a resolution of 4.000 pixels on the longest side of the image.

With the finished architectural rendering the post production phase began. First, background images from the beach in the Hamptons, were placed. Finally we made a slight tweak in Photoshop.