The tallest building in Chicago, the Willis Tower, also known as the Sears Tower is remodeling its entire base. A total of five floors that will include restaurants, shopping, fitness and entertainment for all audiences. 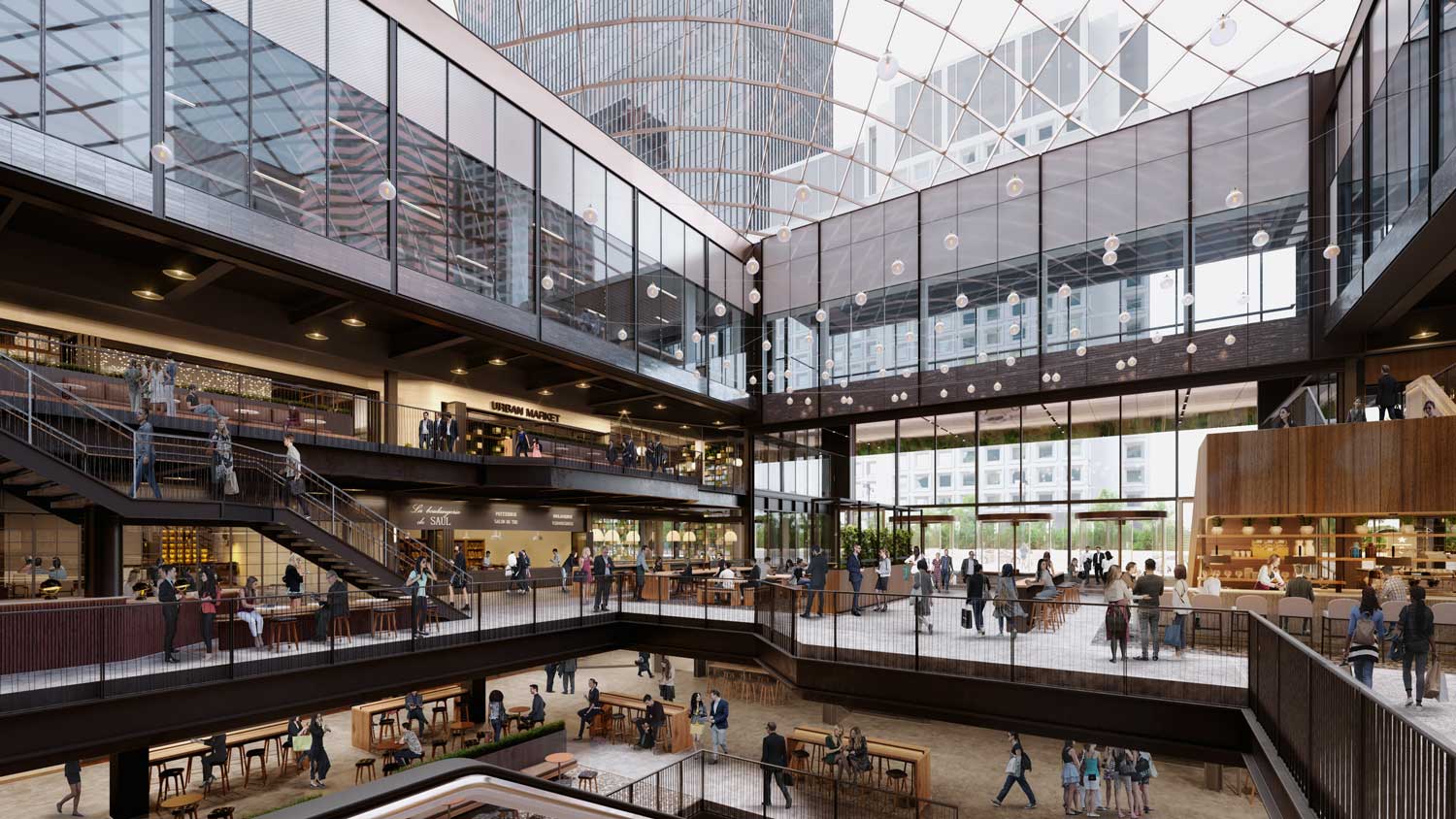 The new retail base of the Willis Tower has been designed by the architectural firm Gensler. This new space will be known as Catalog, in honor of the activity of the first tenant of the Willis Tower, the Sears, Roebuck & Co. company

To present this new proposal, Gensler contacted our services again. The assignment included developing ten architectural renderings of the new spaces. The renderings get the client to quickly visualize the architectural proposal. With them it is possible to place the investor in a situation and imagine what a day will be like.

Catalog wants to become a community where both residents and tourists visiting the Willis Tower find what they need. This was revealed by the Chicago Tribune and many other media in which our architectural renderings appear.

After modeling the spaces, we applied the materials and placed the cameras. Looking for the best angles to show the project. A good frame can make a big difference in the final rendering.

Once accepted the viewpoints, we continued working on the model. Materials were fine-tuned and we tested different illuminations. Betting finally on a daytime lighting that showed an ordinary day at the Willis Tower.

The last step was to get the architectural rendering would convey the desired ambience. The placement of people manages to give life spaces. In this way, the viewers get to put themselves in that position.

We leave the link to the official website of the Willis Tower in which appear, among others, some of the renderings we did. We hope to publish soon the full set of this architectural rendering.