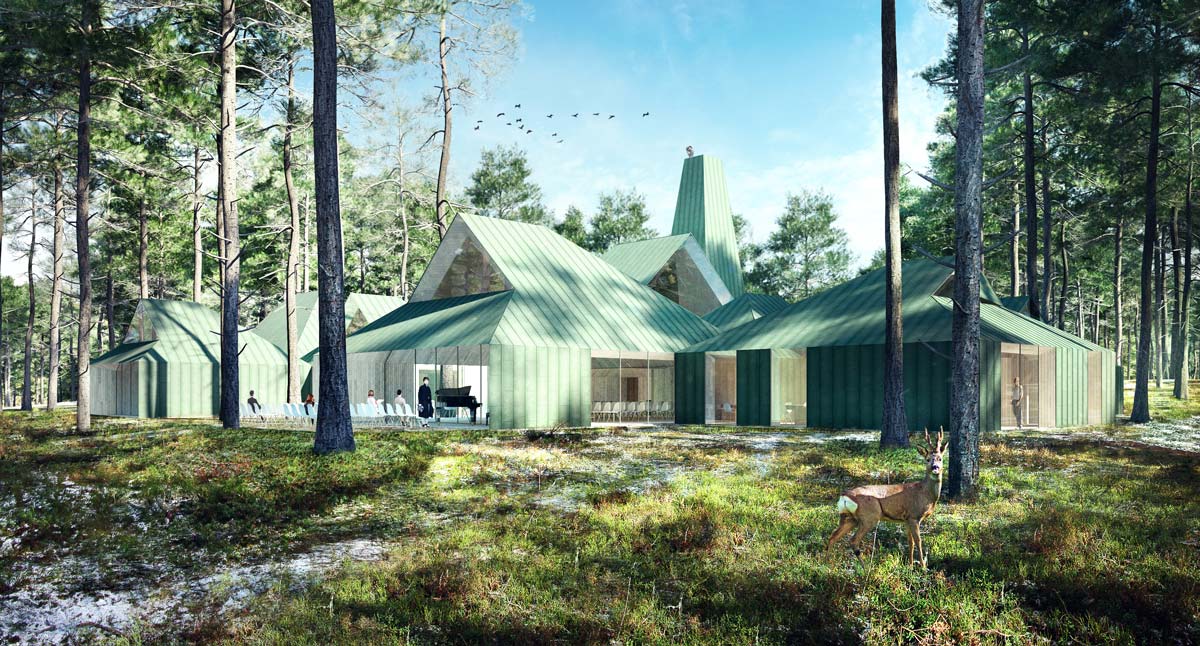 The Arvo Pärt Centre and the Union of Estonian Architects organized an architectural competition for designing a new building which will accommodate visitors and will include educational programs, hold conferences, exhibitions and concerts. The competition organizers invited some of the most famous architectural offices on the international stage, among them: Nieto Sobejano (Spain), Zaha Hadid (Great Britain), Coop Himmelb(L)Au (Austria), Allied Works (USA), Henning Larsen (Denmark), Claudio Silvestrin (Great Britain) and others.

Arvo Pärt Centre was founded in 2010 by the internationally respected composer and his family with the aim of creating opportunities to preserve his creative heritage in his native land. It highlights the magnificent location of the Center surrounded by a dense pine forest near the sea, 35 km from Tallin.

The proposal presented by the team of AZPML is based on the repetition of a module inspired by the typical Estonian farms, little buildings with rectangular floor plan and a four-gable roof where the ridge elevates in order to allow the ventilation and the entry of light.This module is experiencing scale variations depending on its intended use by optimizing lightness and the acoustics of each space. 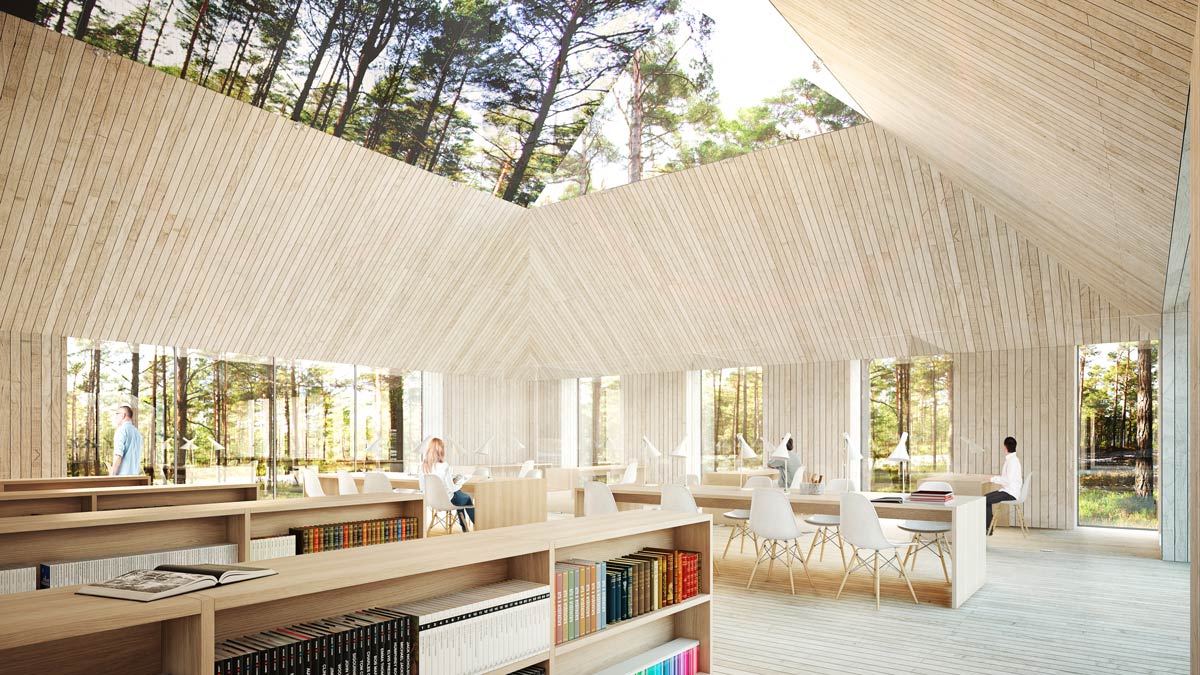 This time, the architectural rendering were part of the project definition process. Once the concept and the volume of the proposal were defined we tested the facade materials over the 3D renderings. Forty options were performed with different materials, different patterns and different settings. Finally the copper was selected as facade material.

In the interior rendering was sought to highlight the spirituality and serenity of spaces. At the same time it should highlight the role of the intrados of the decks, which, coated with mirrors, managed to bring the forest, throught the reflections, inside the building.

You can get more information about this project in the architecture office website. www.azpml.com