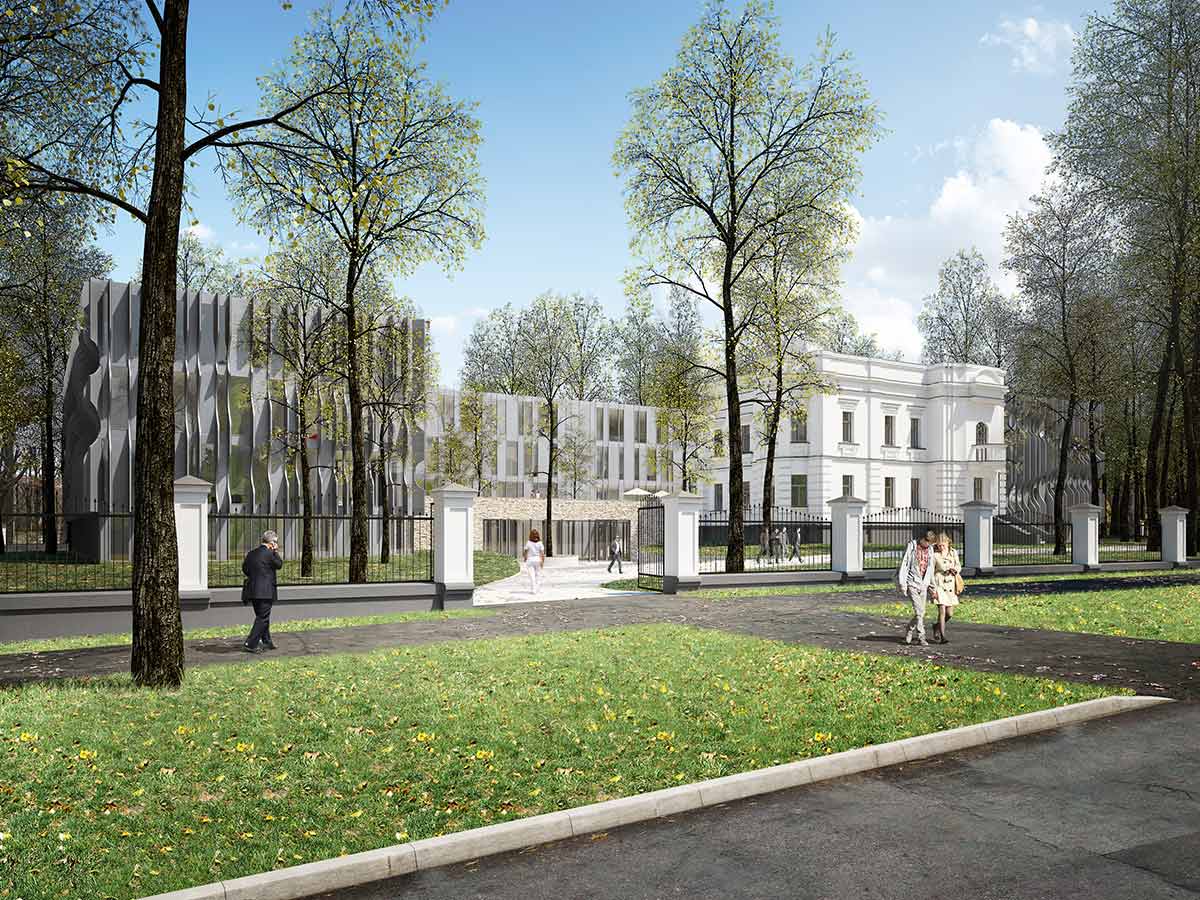 The Dutch architectural office Dutch Design Hospital, specialized in the development of hospitals over worldwide, contacted us to commission the architectural renderings for the new architectural competition taking place in Moscow. 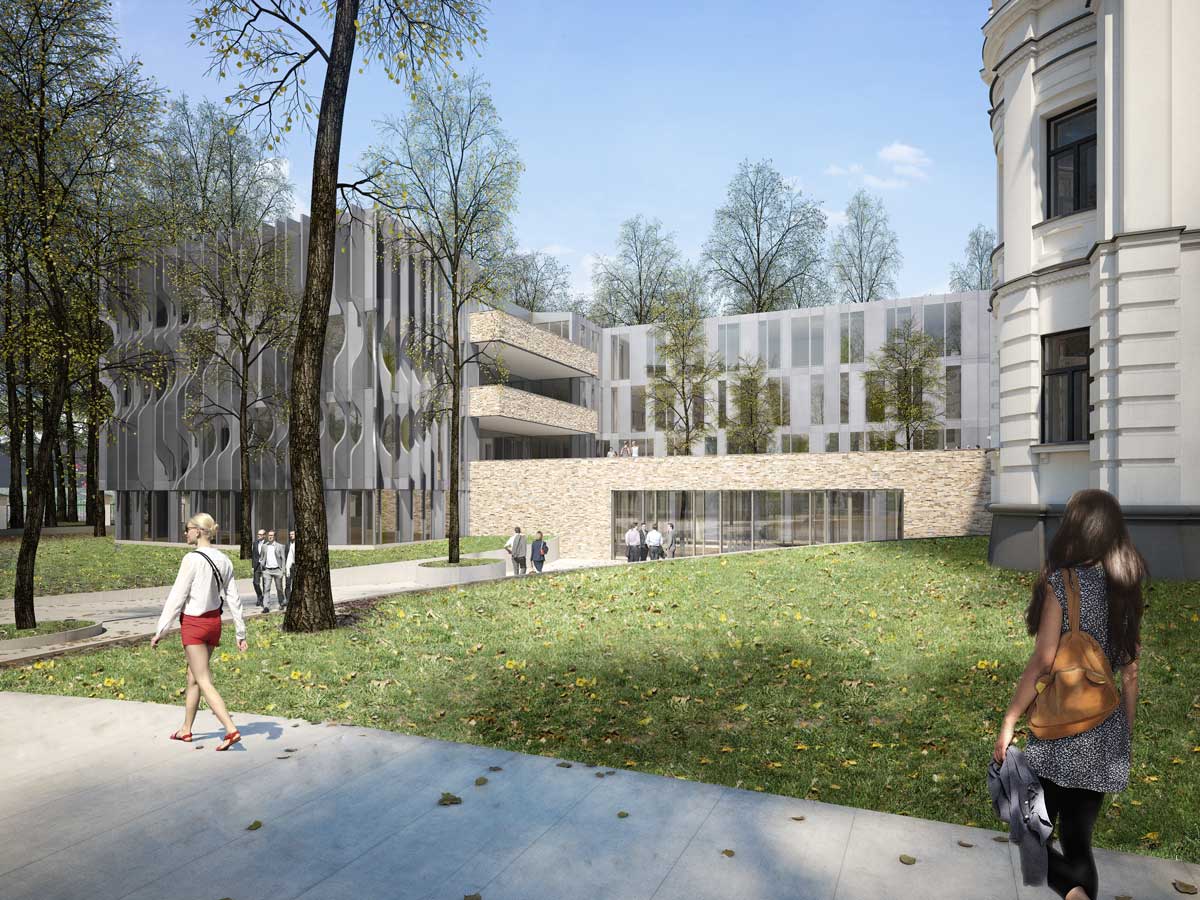 It is the development of a new hospital in Moscow. The new building of 12000m2 distributed over six floors is located in the gardens of an existing mansion. The project design provides a respectful architectural treatment towards the historical mansion and presents the new u-shaped building embracing it. On the other hand, the proposal retain as much of the exiting oak trees as possible. 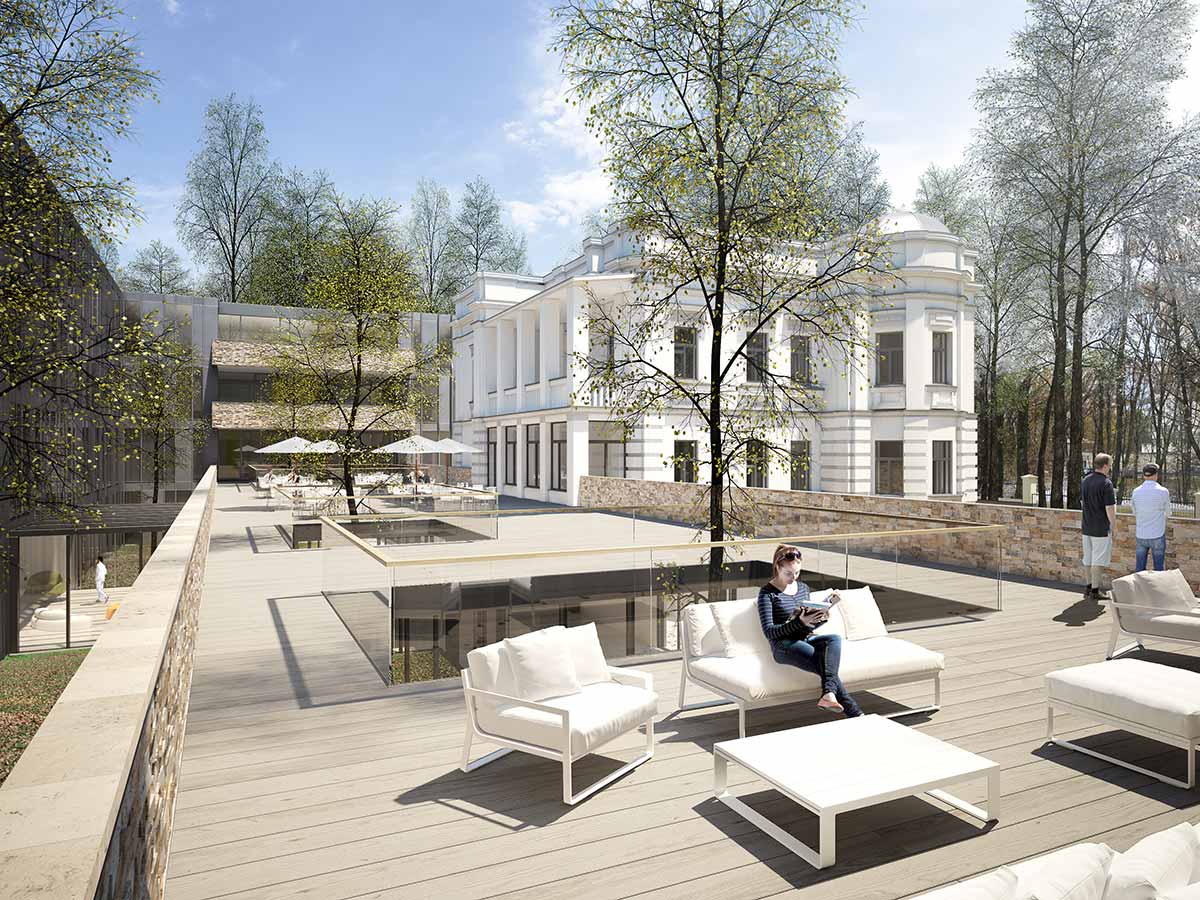 The client supplied the 3D model of the building that they developed in their office and used it as a working tool. Once adjusted and tweaked to make use of it, we proceeded to the placement of the cameras to find the frames of the architectural renderings.

We produced several tests of different points of views so the client could choose the most interesting for the presentation of the contest. Finally, three exterior and interior architectural renderings were selected. 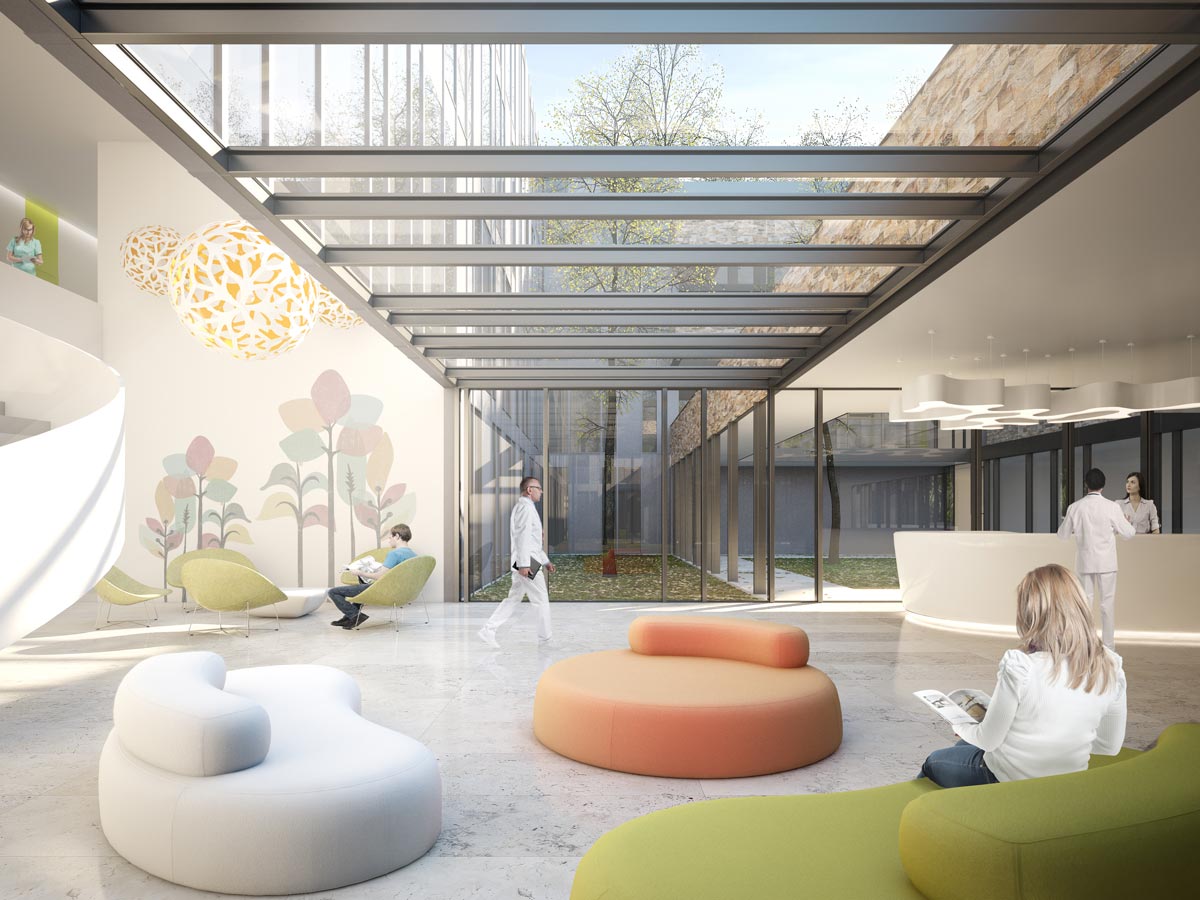 Once defined the frames to work we proceeded to illuminate the scene. As happened with cameras, several tests were performed from day to night scenes through intermediate illuminations as sunset. Finally, the client opted for a few architectural renderings with daylight and with a clear blue sky.

Defined the viewpoints and the lighting, the next step to develop the architectural rendering consisted in placing materials. The architectural proposal gives special prominence to the skin of the buildings. The façade of the new hospital is composed of vertical fins with a wave effect that is inspired by the veination of trunk. In contrast with this, the main entrance façade is accentuated by a light natural stone cladding making it easier to find. Several materials that should have been treated with special care.

One of the main requirements of the architectural competition was based on respecting the existing vegetation. Regarding to the architectural renderings this point should be strictly respected as it was one of the factors that offered the realism sought.

On the architectural office website you can check the details of this project.