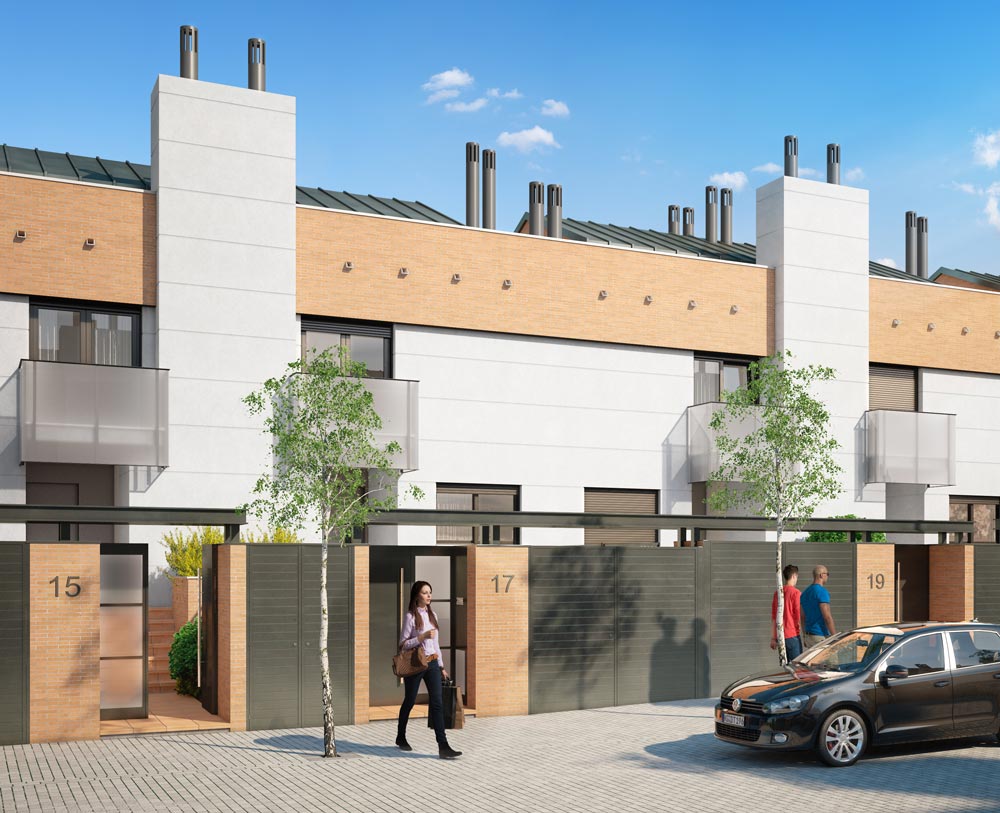 The project is located in the suburb of Leganes, Madrid, and includes 24 new construction townhouses that are included in the new urban development of the city. 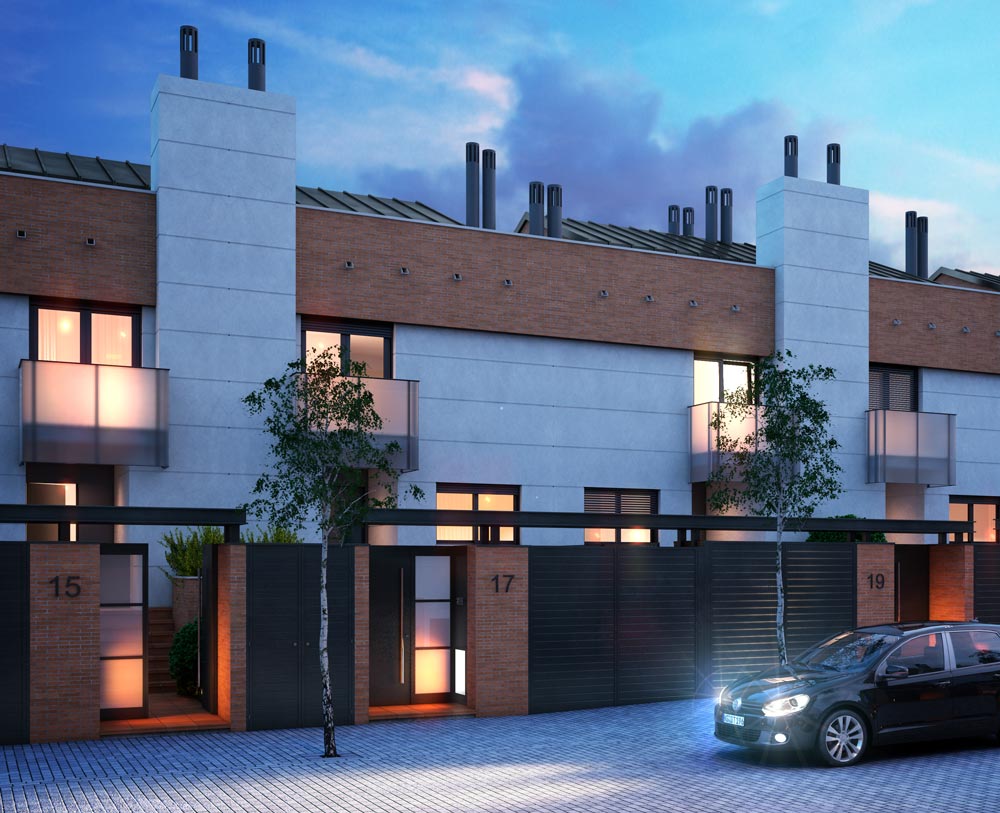 The houses are located in a pedestrian street with small trees that provide peace, comfort and a family atmosphere to the area.

The townhouses are currently under construction. The architectural renderings will be used to launch the promotion of home sales before the completion of the works. In an immediate way, an architectural rendering is able to give the future home buyer a nearly real image of what the house will be once the work is completed.

The client wanted two architectural rendering with different atmospheres. From a single frame, a setting of daylight and nightlight were raised. Several tests were done in order to select the optimal frame, showing the rhythm in facade and the pitched roofs

The interior architectural rendering of this promotion are under development, we hope to publish them shortly.