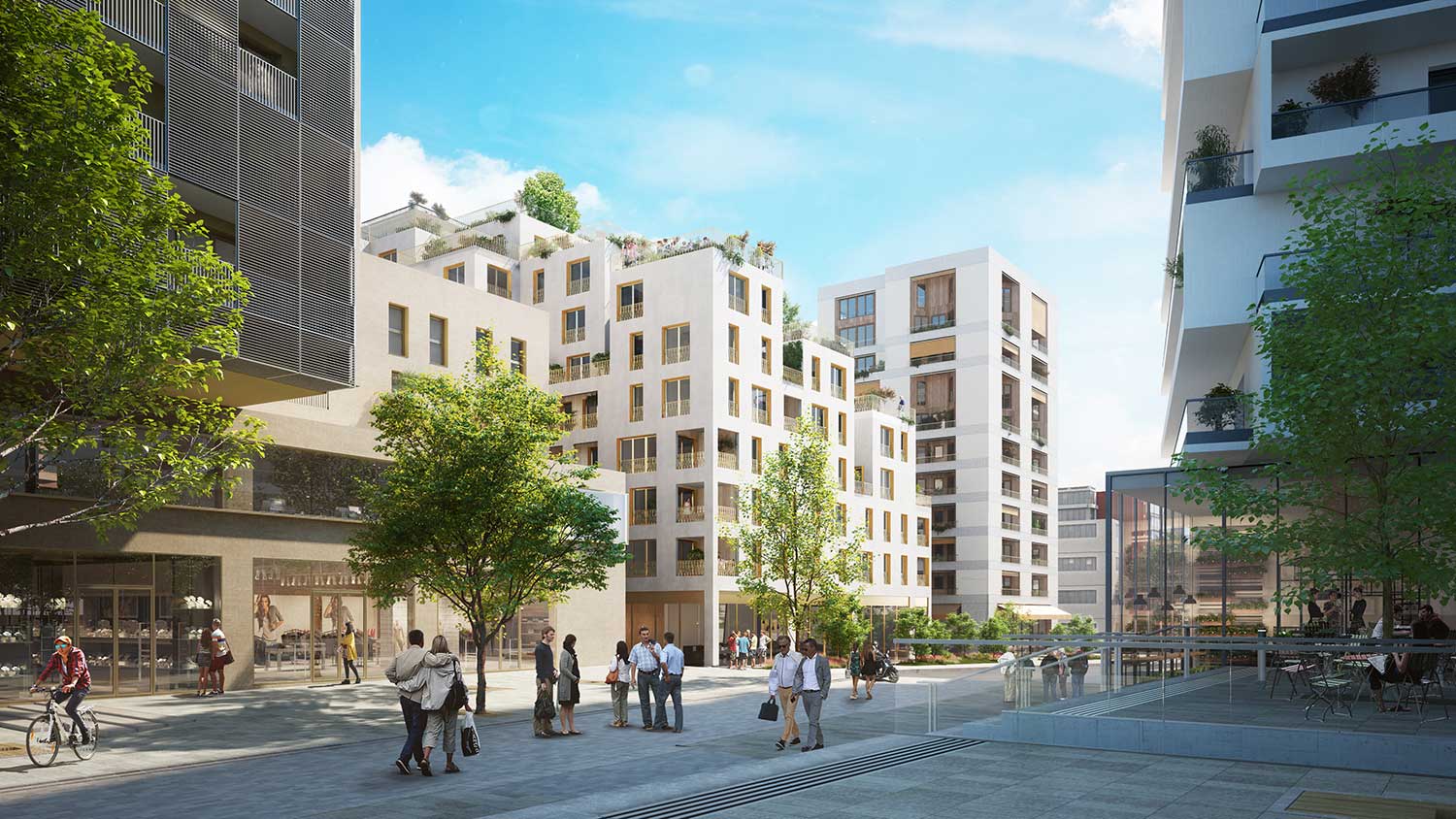 The architectural visualisation is a very effective tool for the communication of the project. Whatever the partner, through an image, the project idea is transmitted much better. 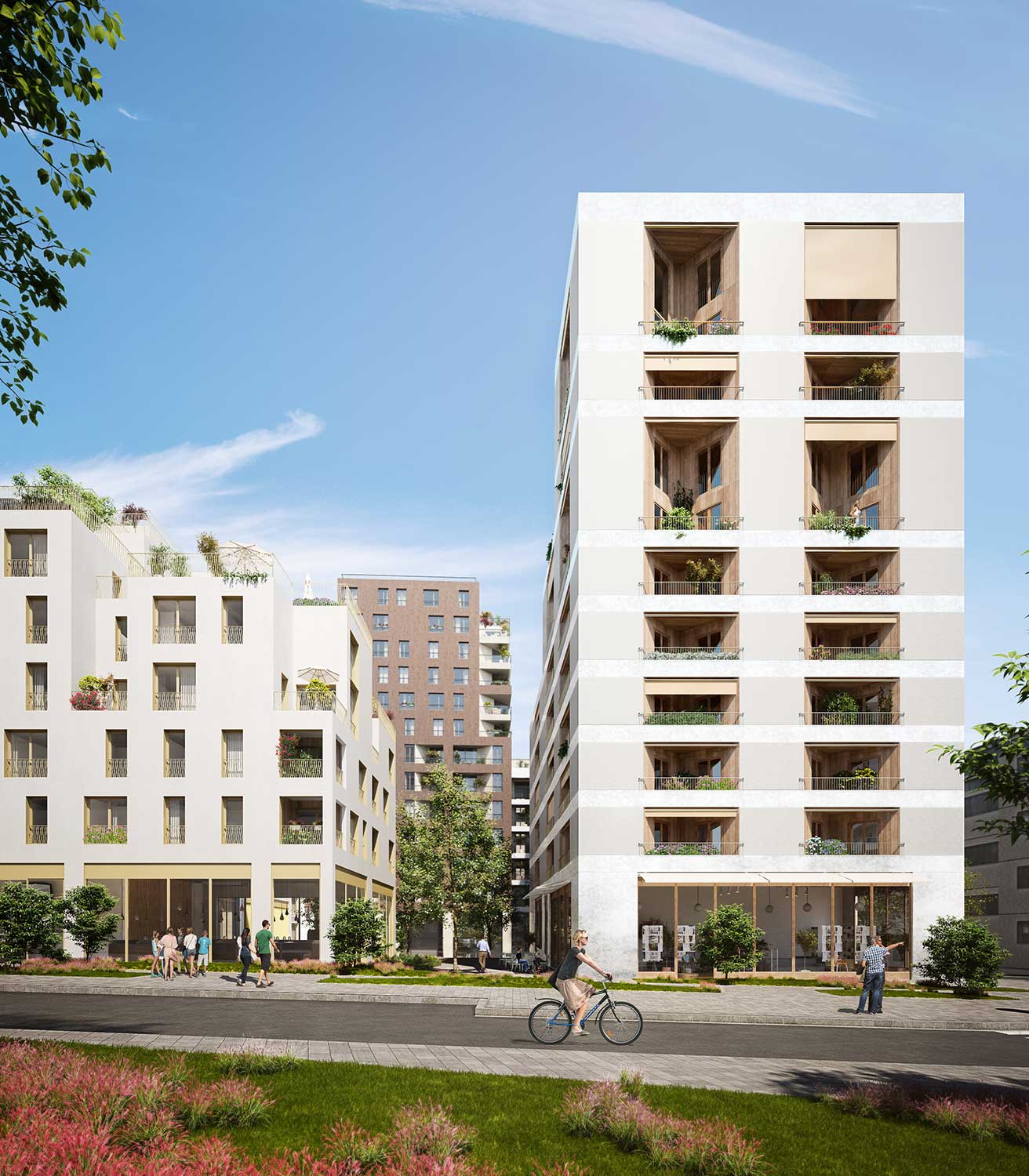 On this occasion, the real estate companies sought to obtain the build permit for a new development in the Massy neighbourhood on the outskirts of Paris. 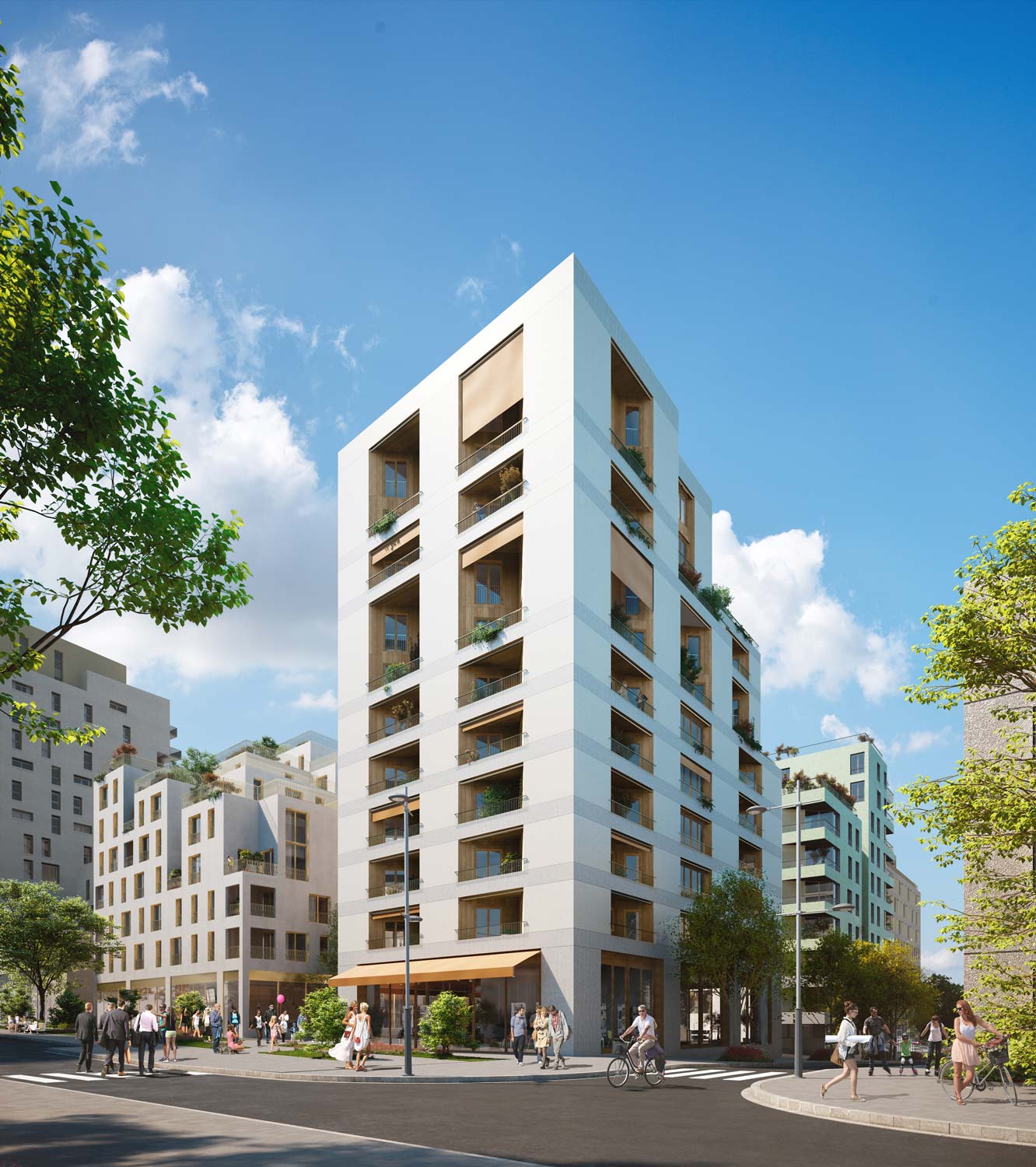 The project consists of five buildings, four of them for residential use and a fifth intended for a residence of students or tourists. The complex is designed by three architecture offices: Hardel & Le Bihan Architectes, MGAU and NRAU, all based in Paris. 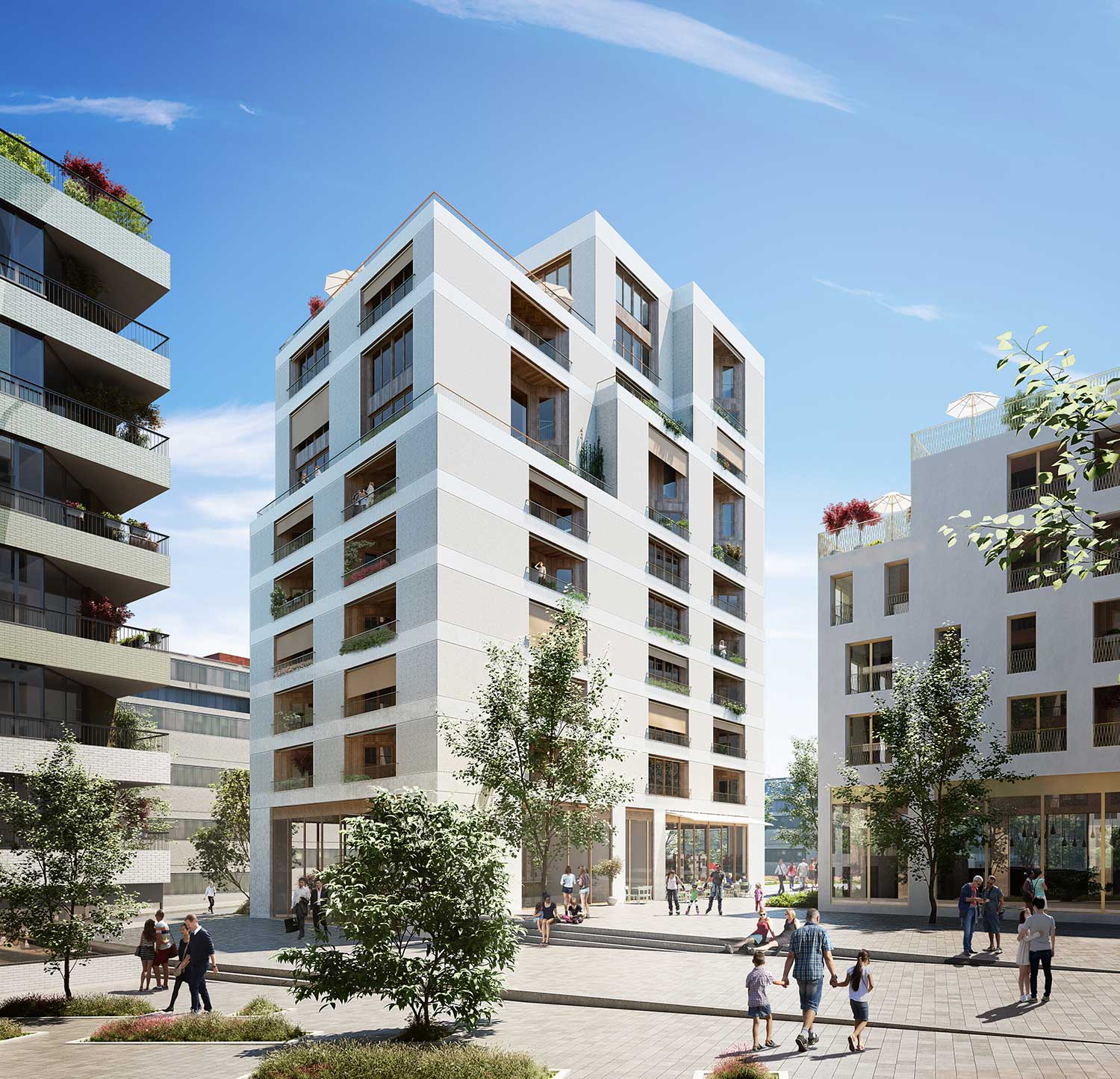 The developers of the project, Nexity and Keyden, requested eight architectural visualisations to show the whole set from different settings. 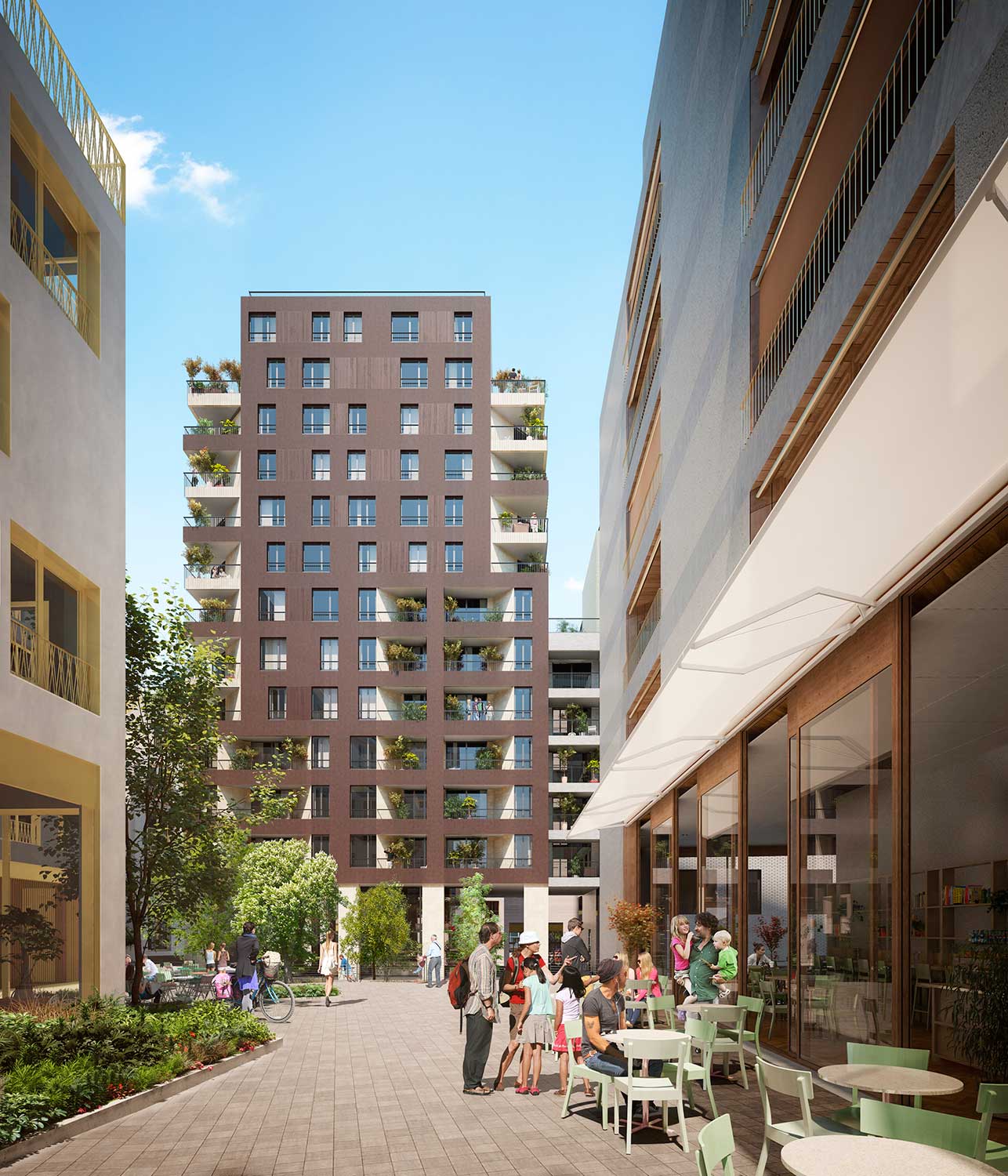 One of the important aspects was to show the spaces that will be generated with the construction of the buildings. Several squares and pedestrian roads that will provide a relaxed and friendly atmosphere to the residential complex.

Once the three architecture offices approved the entire 3D model, the best frames were sought in order to explain the project and have attractive visualisations. At the same time, different lightings were tested preferring, finally, a daylight since it worked better to get the permits of work by the City Council.

With the selected points of view, the visualisations in HQ were launched, and we start the phase of post production in which the atmosphere played a key role. The selection of people to place helped to define the spaces and recreate the desired atmosphere.

Soon we will publish a new post with the latest project of Hardel & Le Bihan Architects in which we collaborated producing the architectural visualisations. The contest is “Inventons the Metropole du Grand Paris” in which BNP Paribas Real Estate participated together.