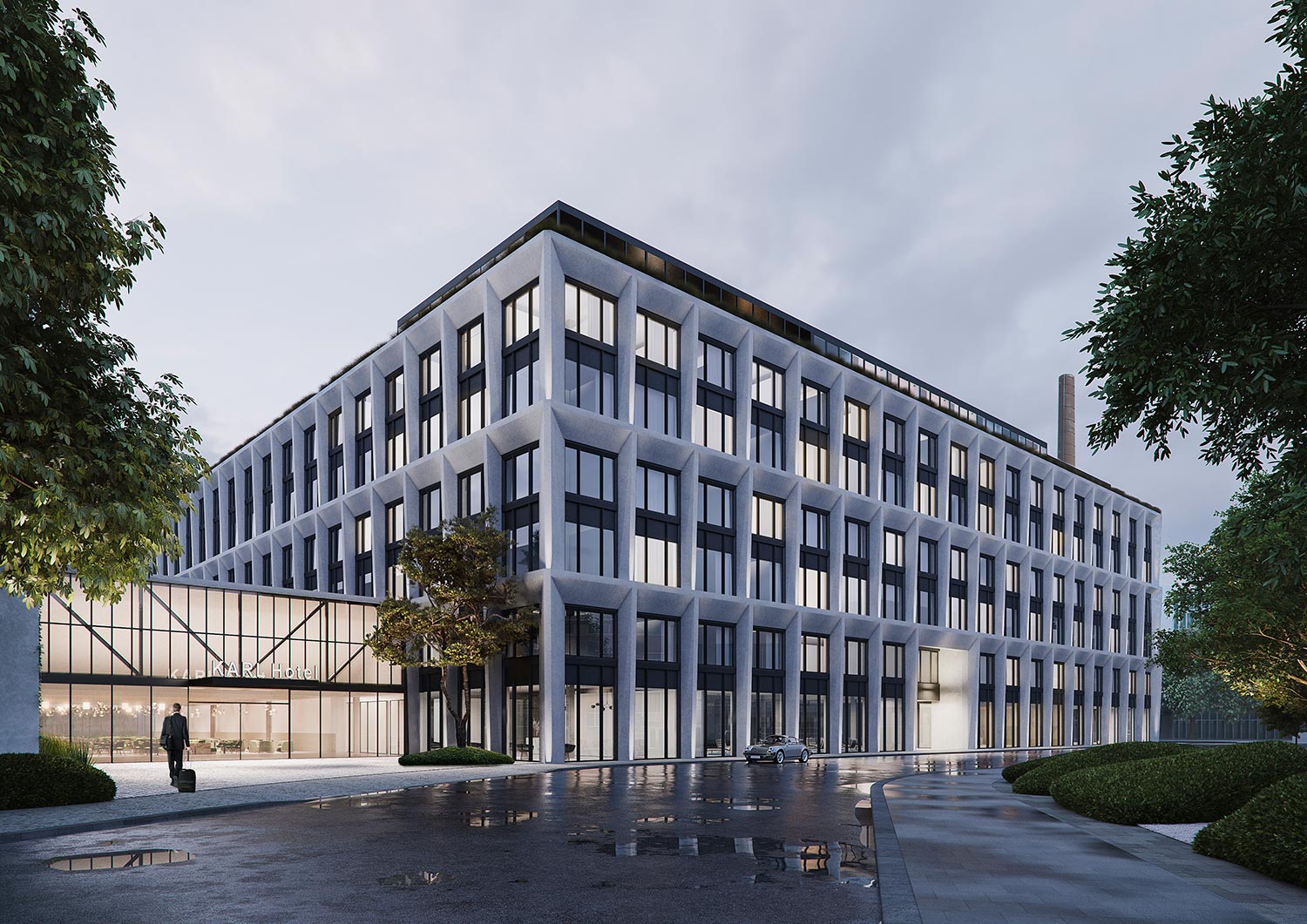 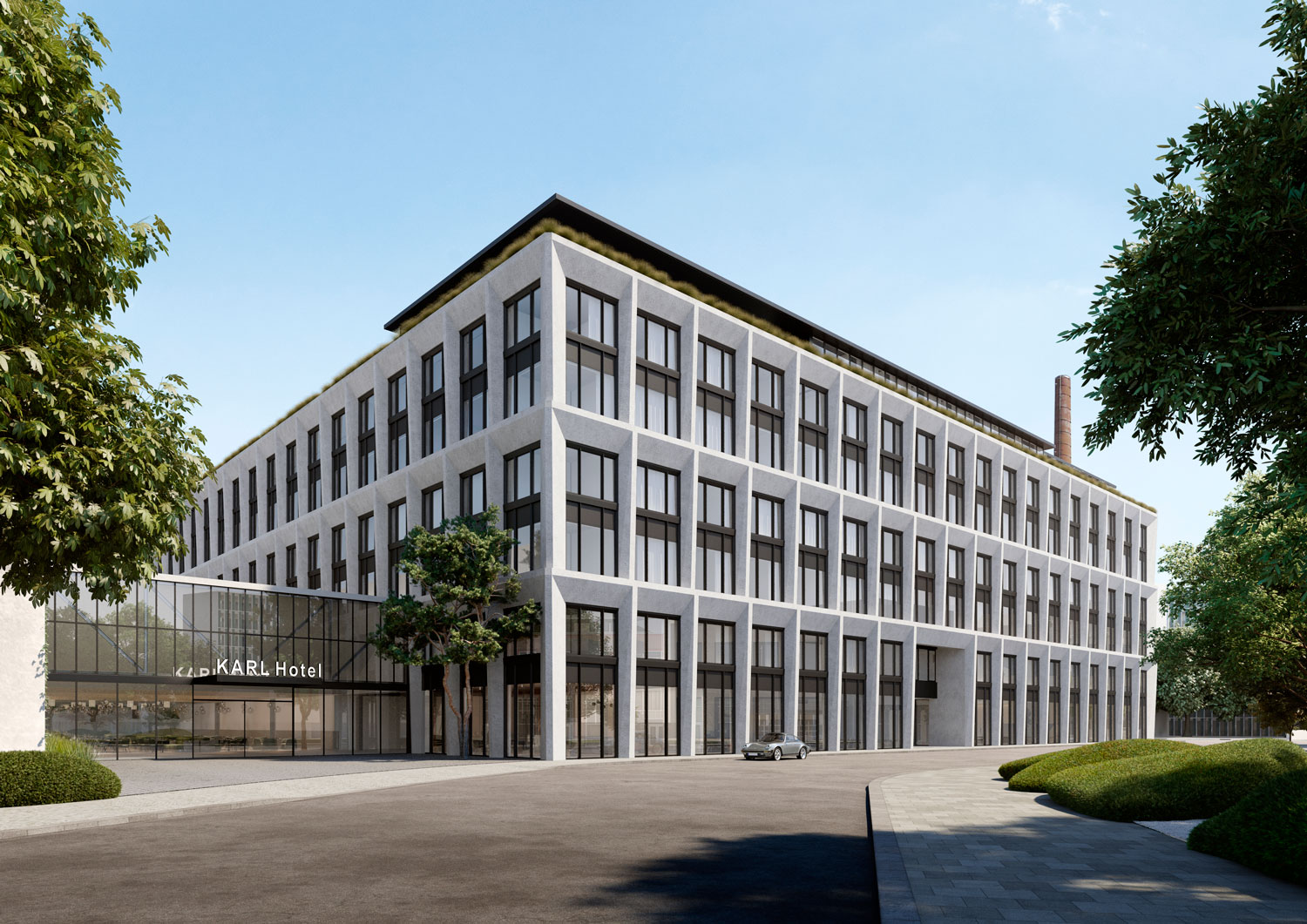 The prestigious David Chipperfield Architects firm is in charge of the design of the new Karl Hotel in Munich, Germany. 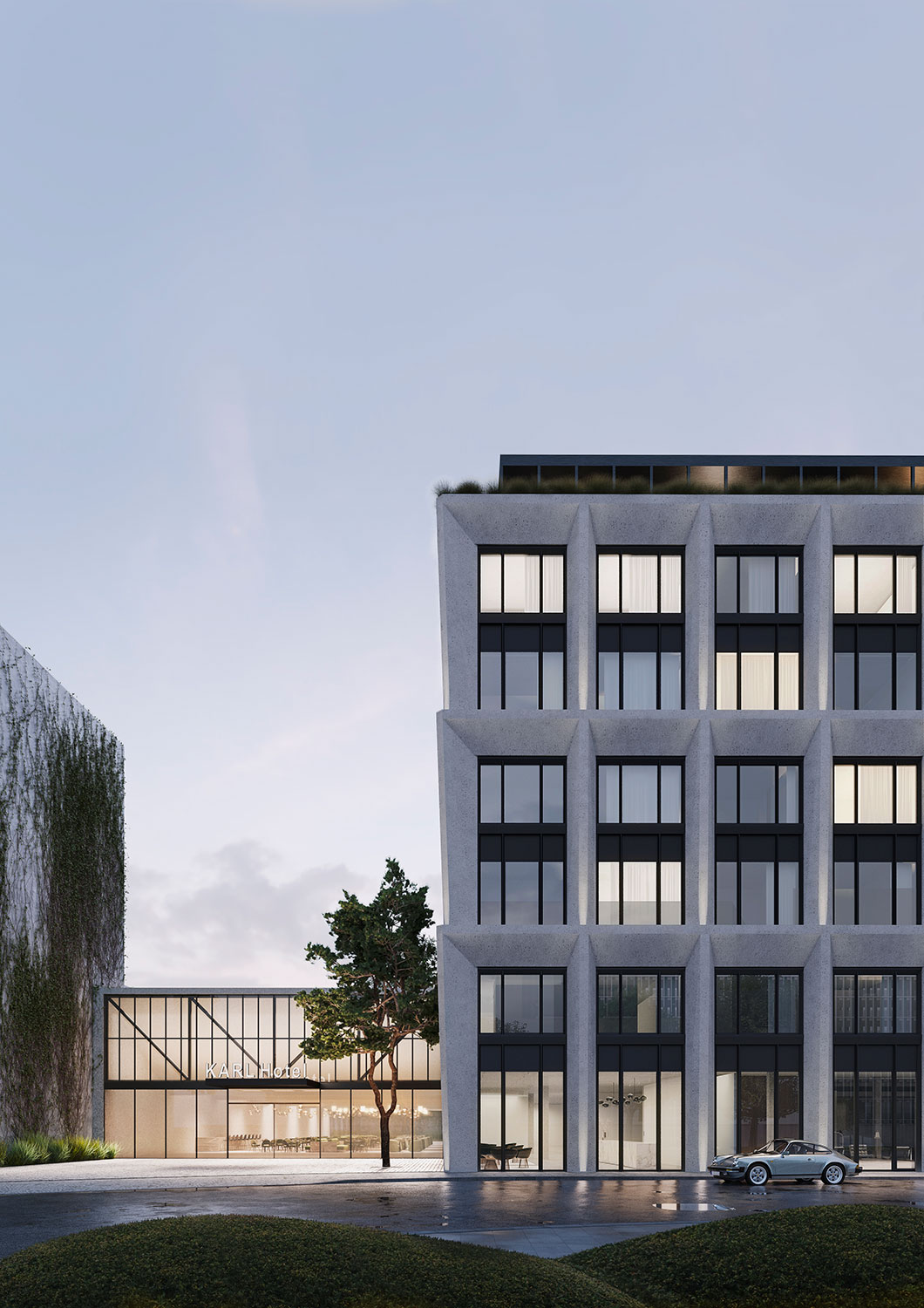 It is a new building located in the North of Munich, an industrial area which is currently under transformation, shifting from this heterogeneous, industrial character into a more urban and cosmopolitan neighborhood. 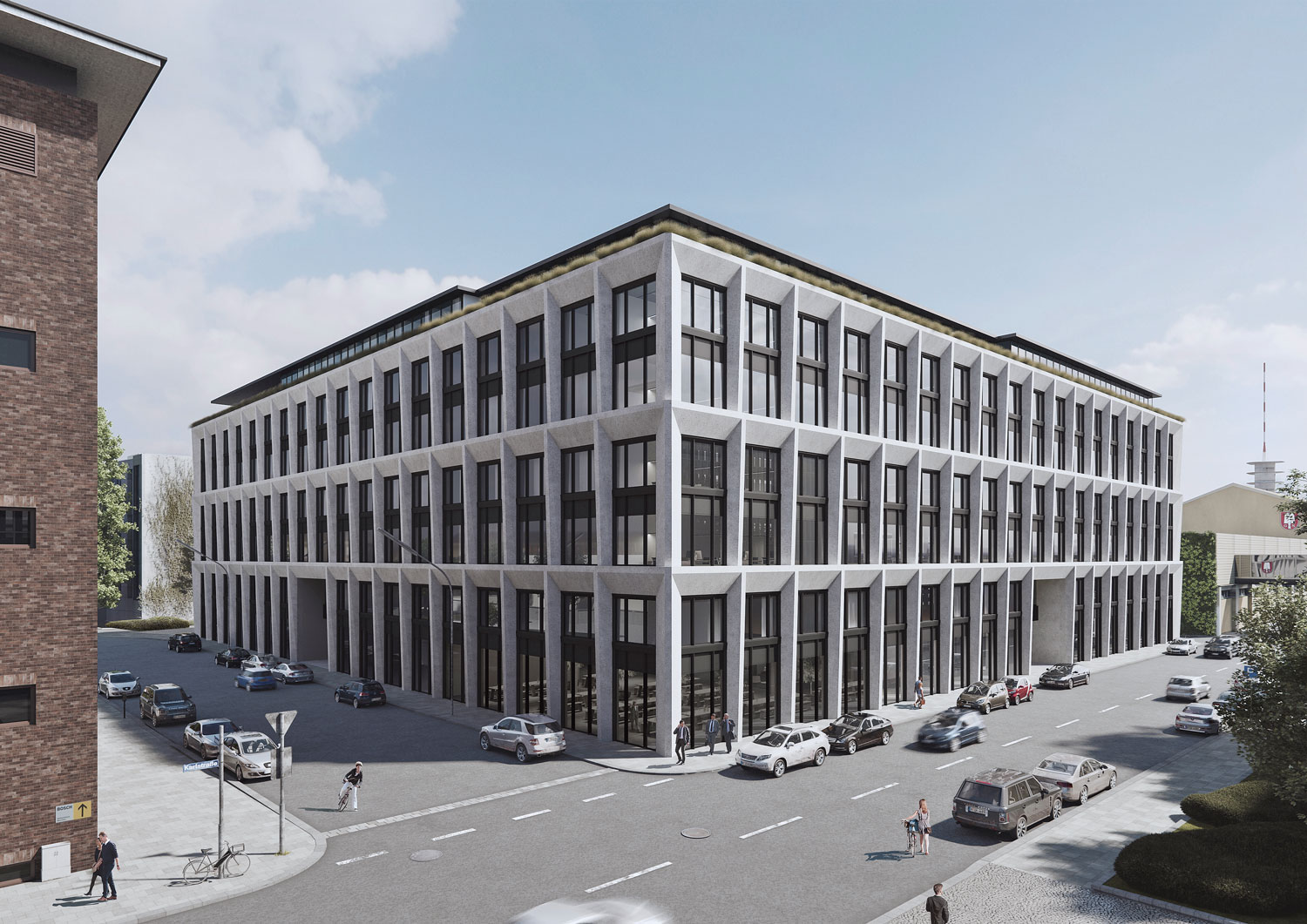 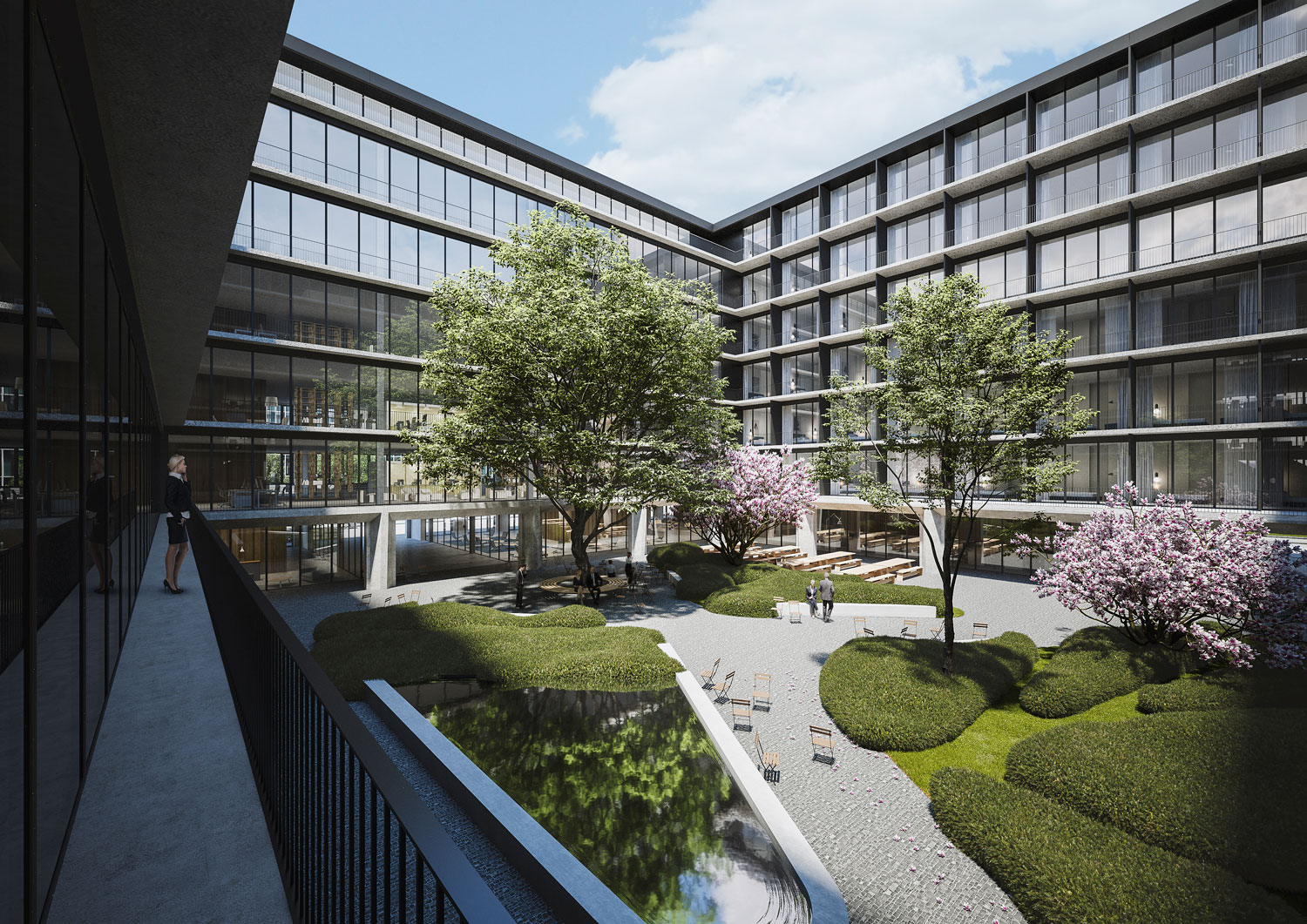 The new commercial complex will include offices, a gastronomic space and the new Karl Hotel and will replace the two existing the two office blocks. The design proposes to maintain its original industrial character using a cubic volume. A sculptural building made up of prefabricated double-height concrete porticoes that contrasts with the friendly atmosphere offered by the central courtyard intended for public use. 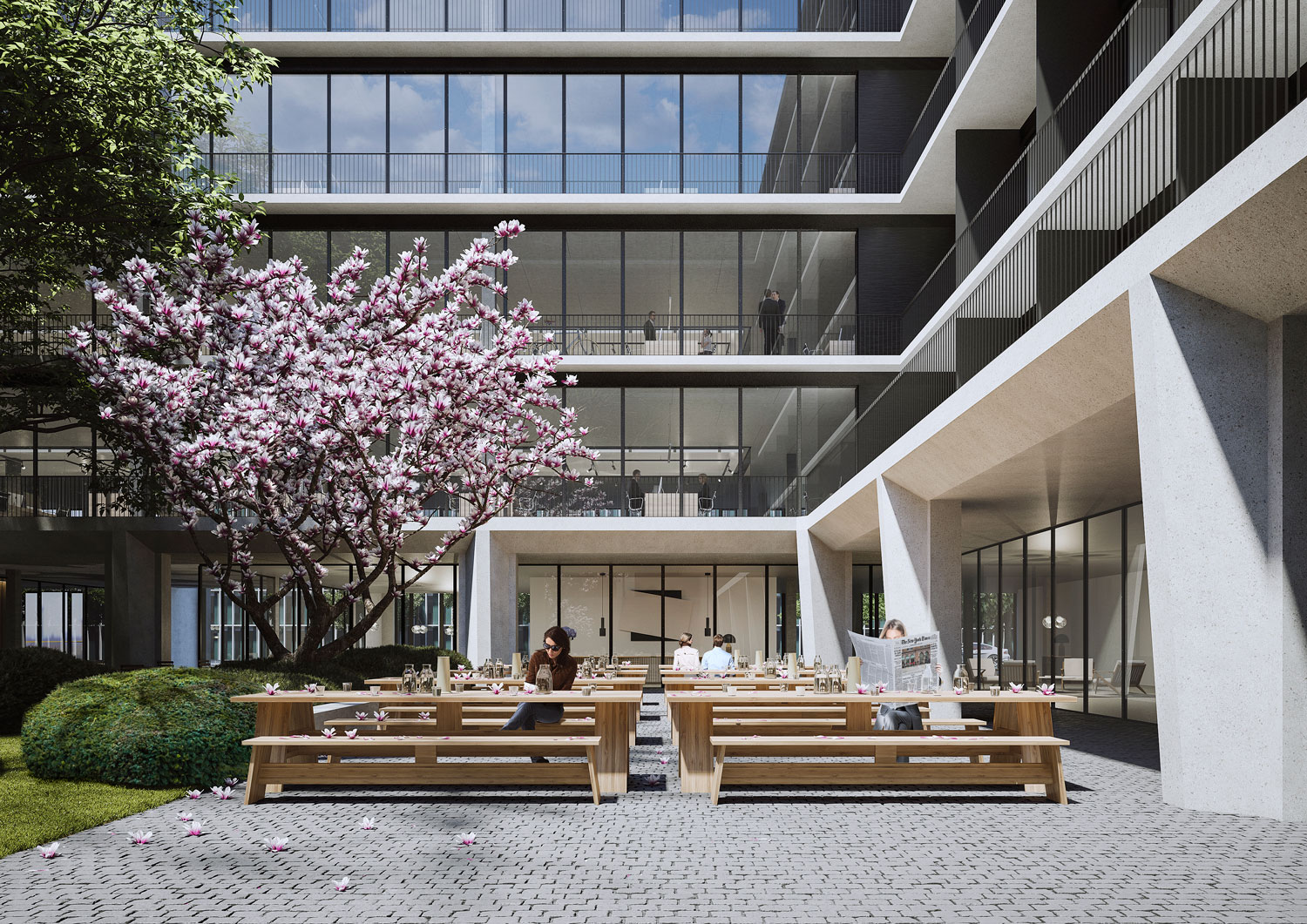 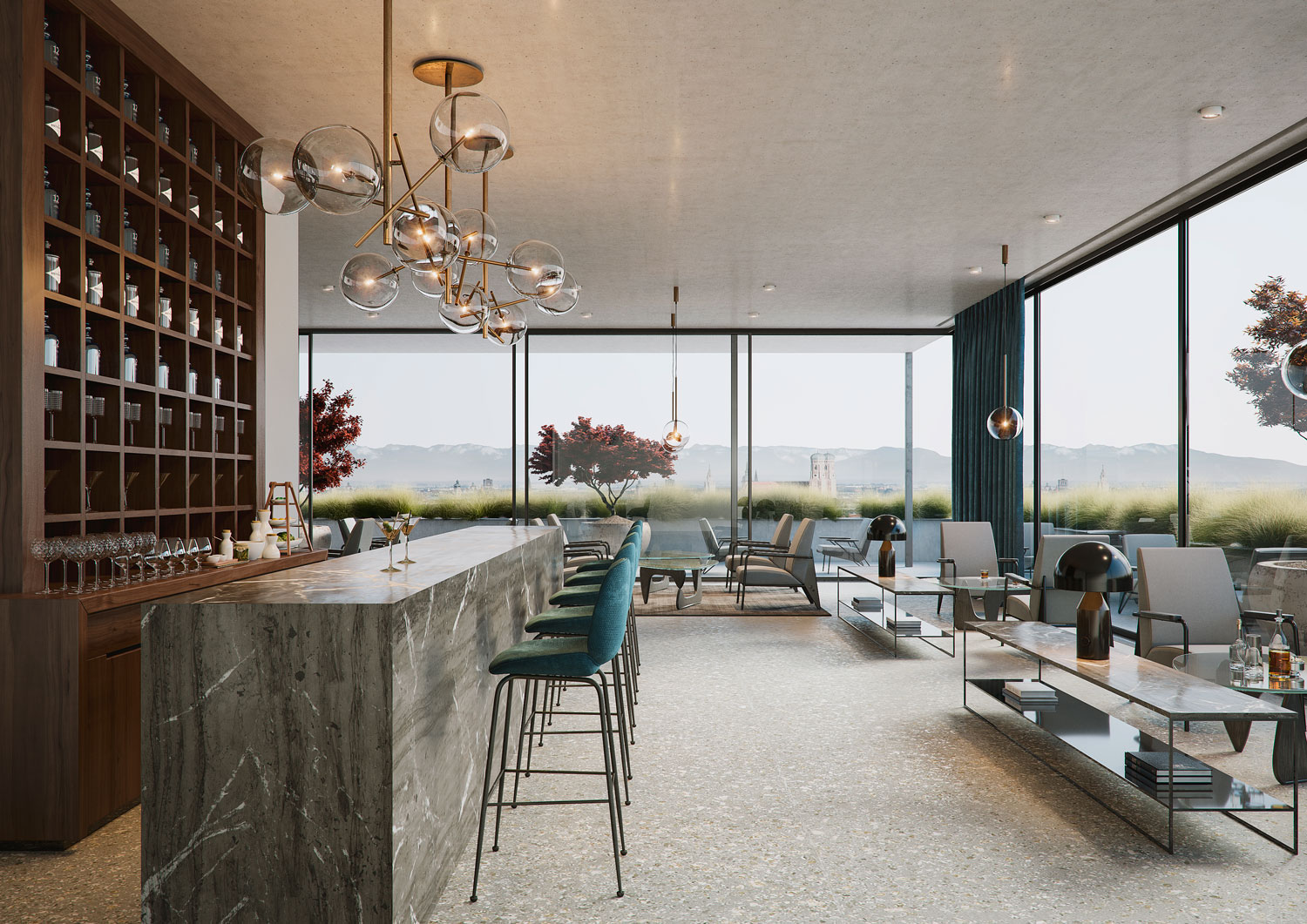 On the other hand, the landscaper in charge is Enzo Enea, awarded on various occasions by several of his works. A delicate and careful design that manages to create a welcoming public central space for tenants and guests. 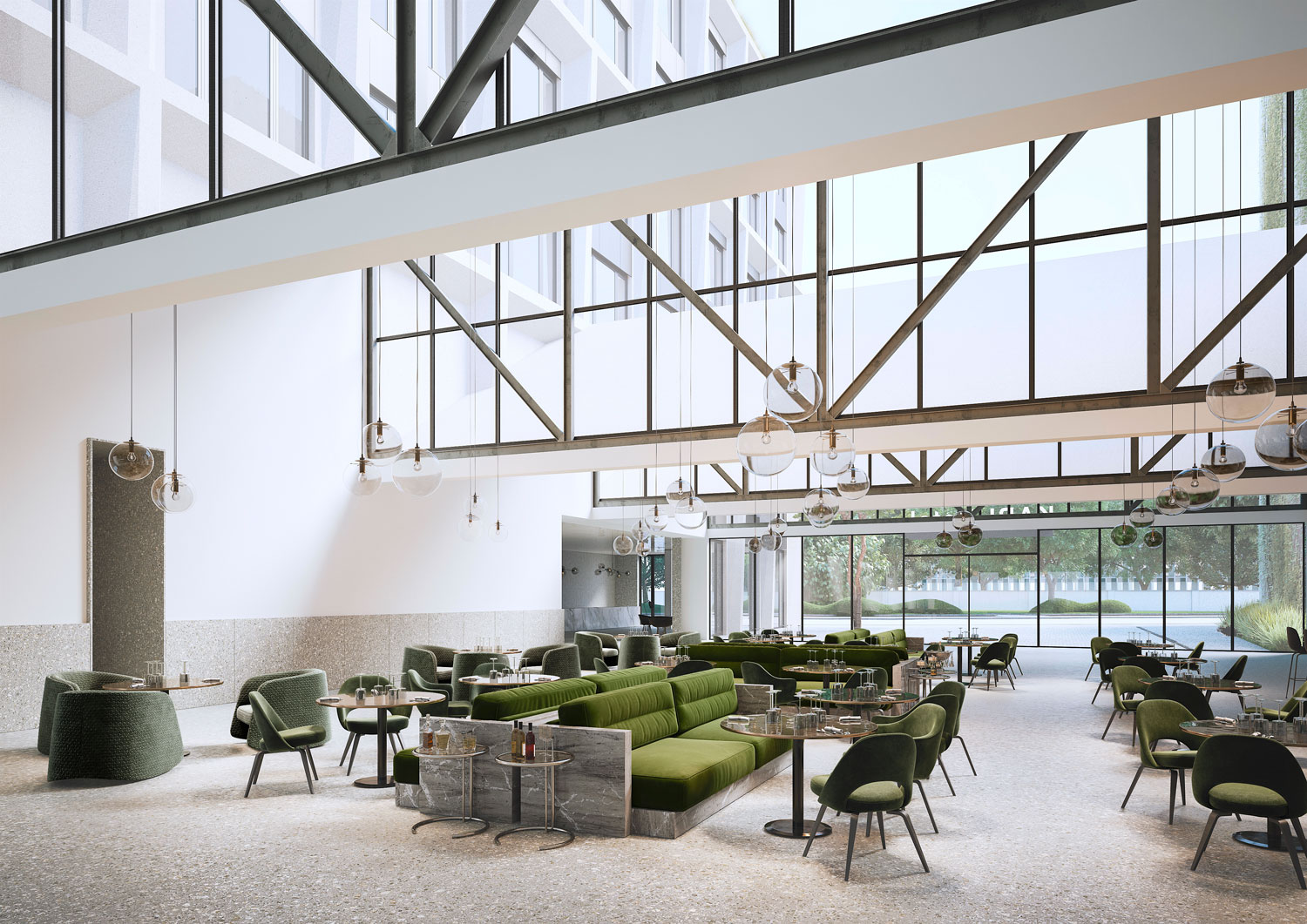 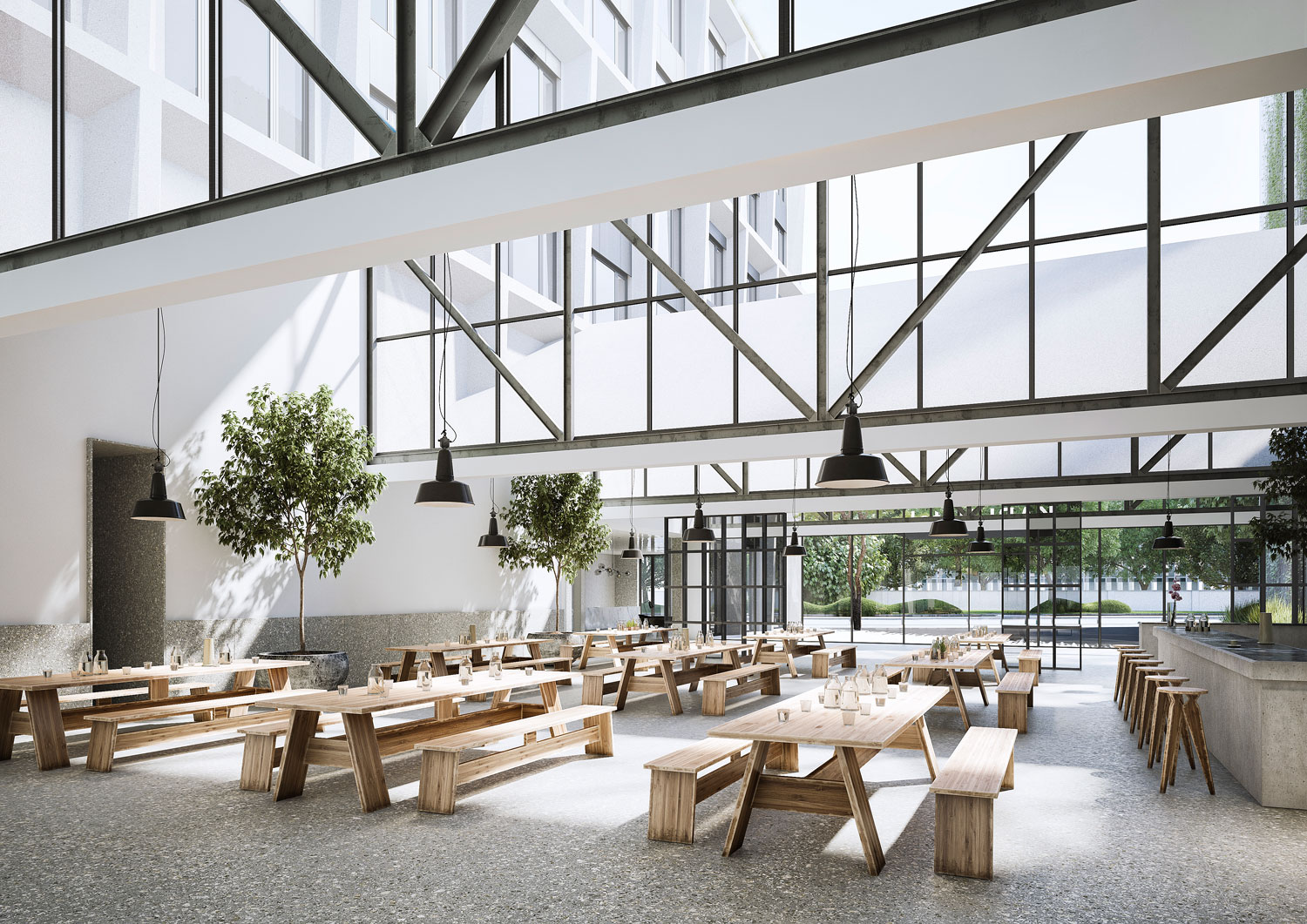 Regarding the architectural visualisations, we produced both interior and exterior images. On the one hand, the outside should capture the overwhelming presence of the future building while the renderings of the courtyard were to transmit some peace and quiet. 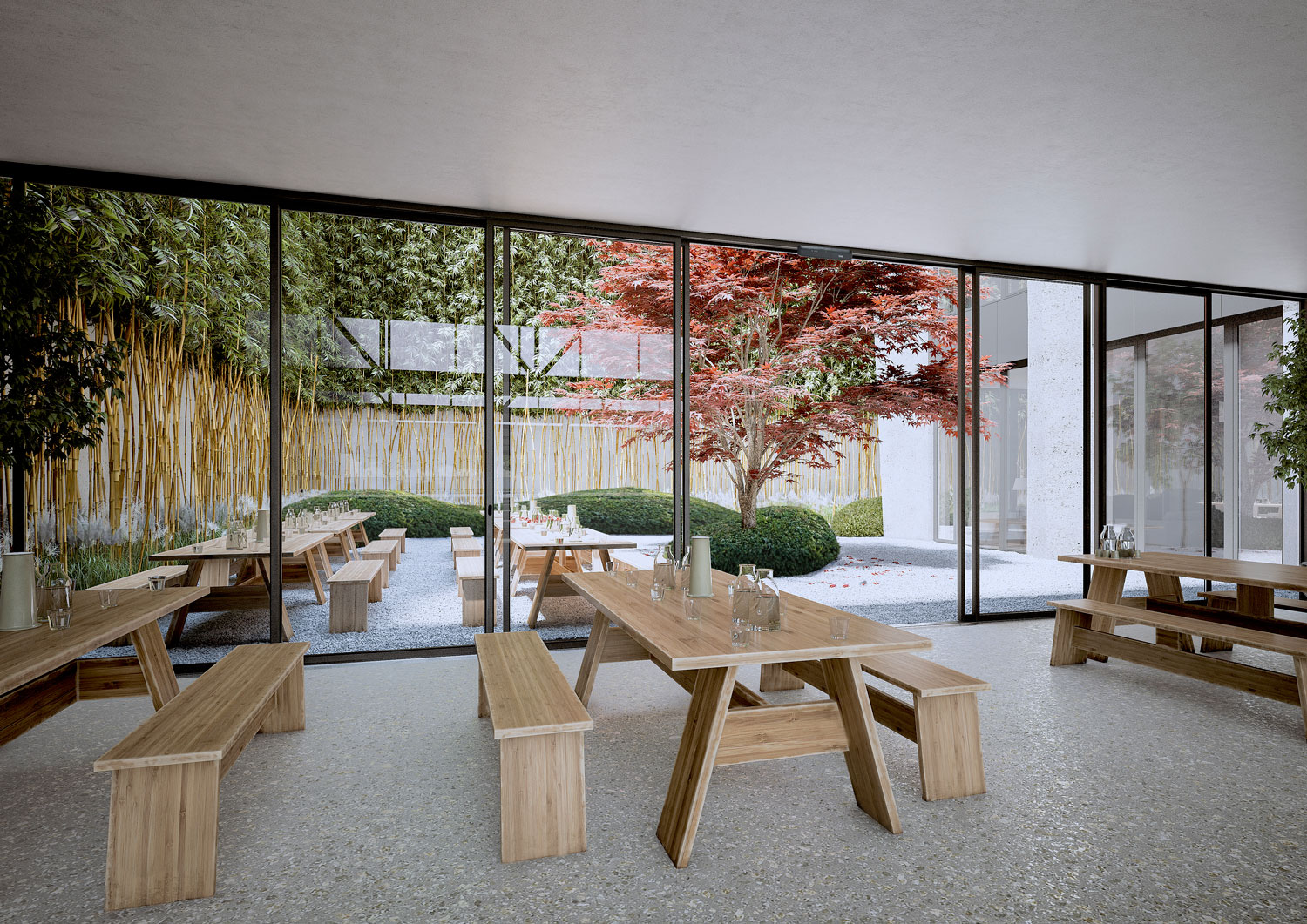 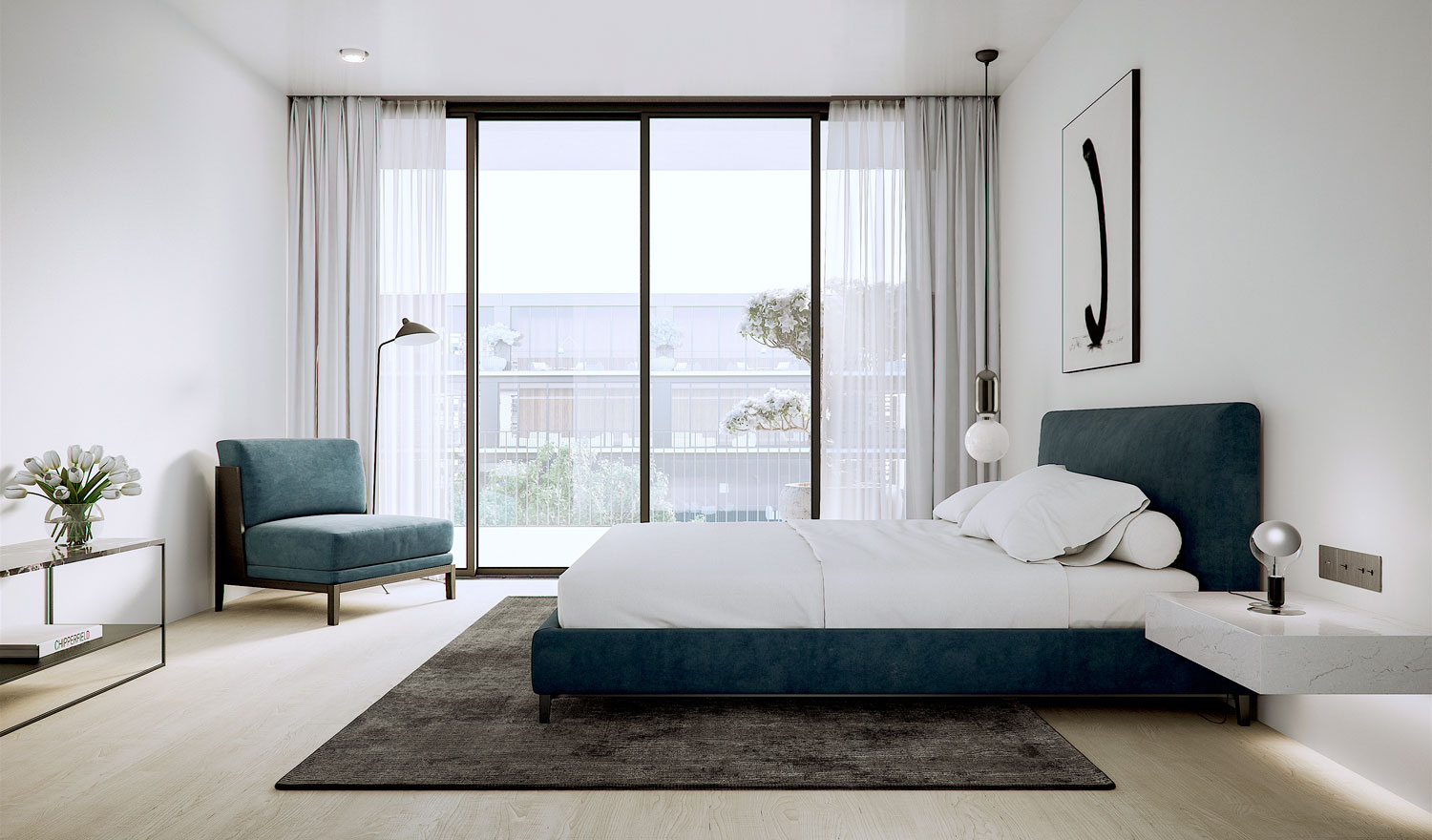 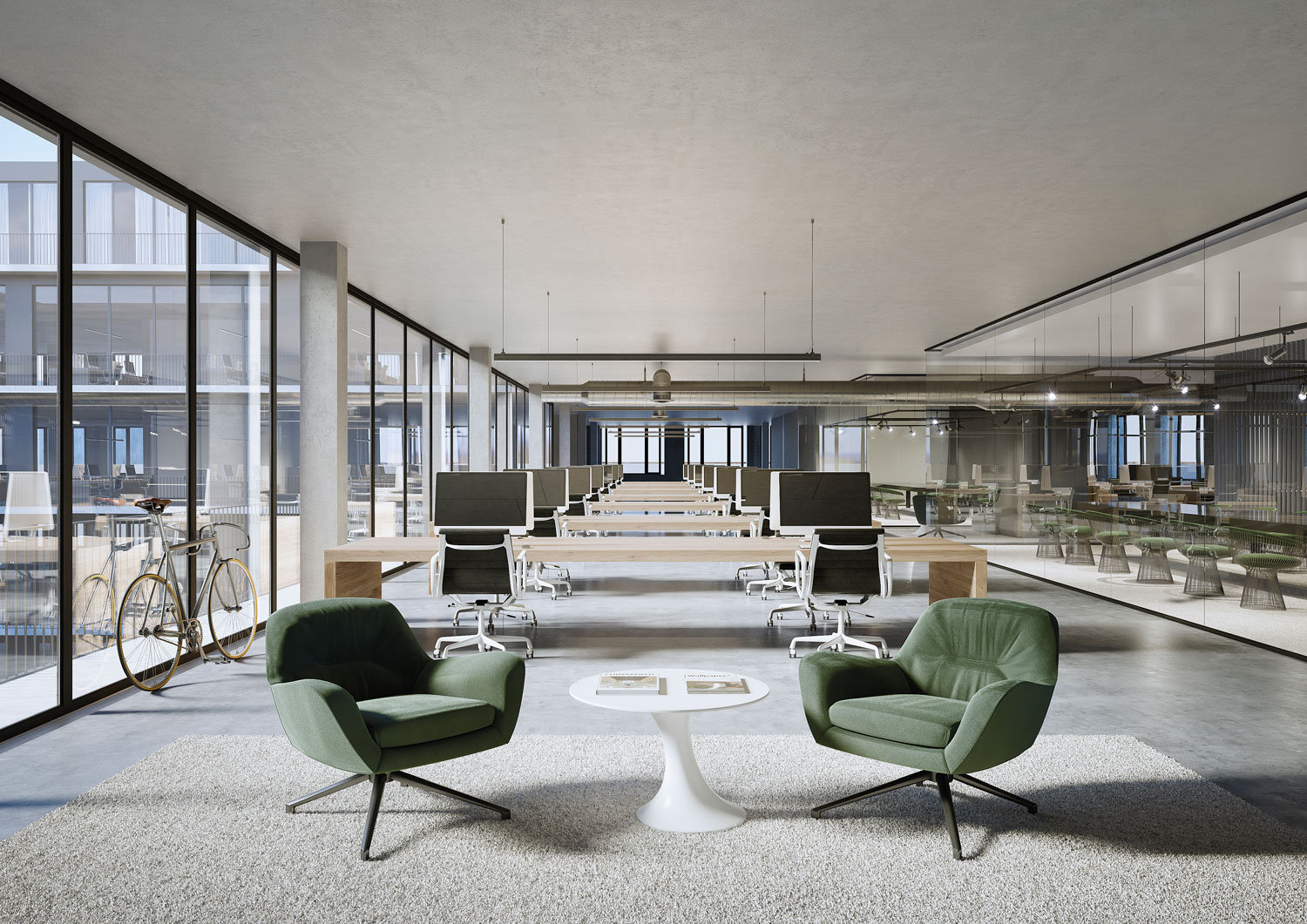 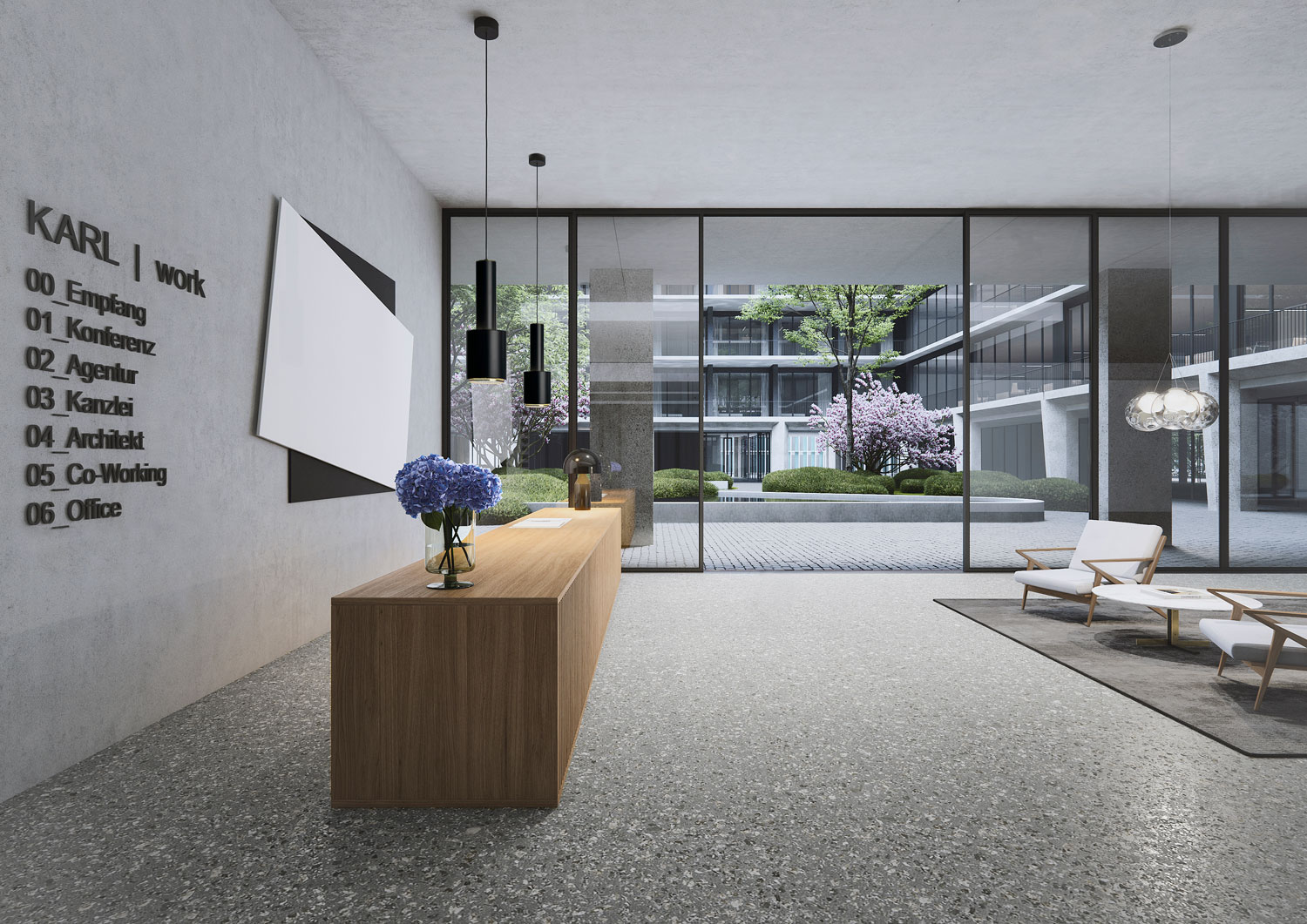 Once the points of view were accepted and the materials and furniture were placed, we moved forward the next phase, the post production. Using Photoshop, the lighting was adjusted and the scenes were set with persons, backgrounds and others.

The marketing campaign of this new complex campaign is underway with several publications with our architectural visualisations in the local media of Münich and the imminent launch of its new website.