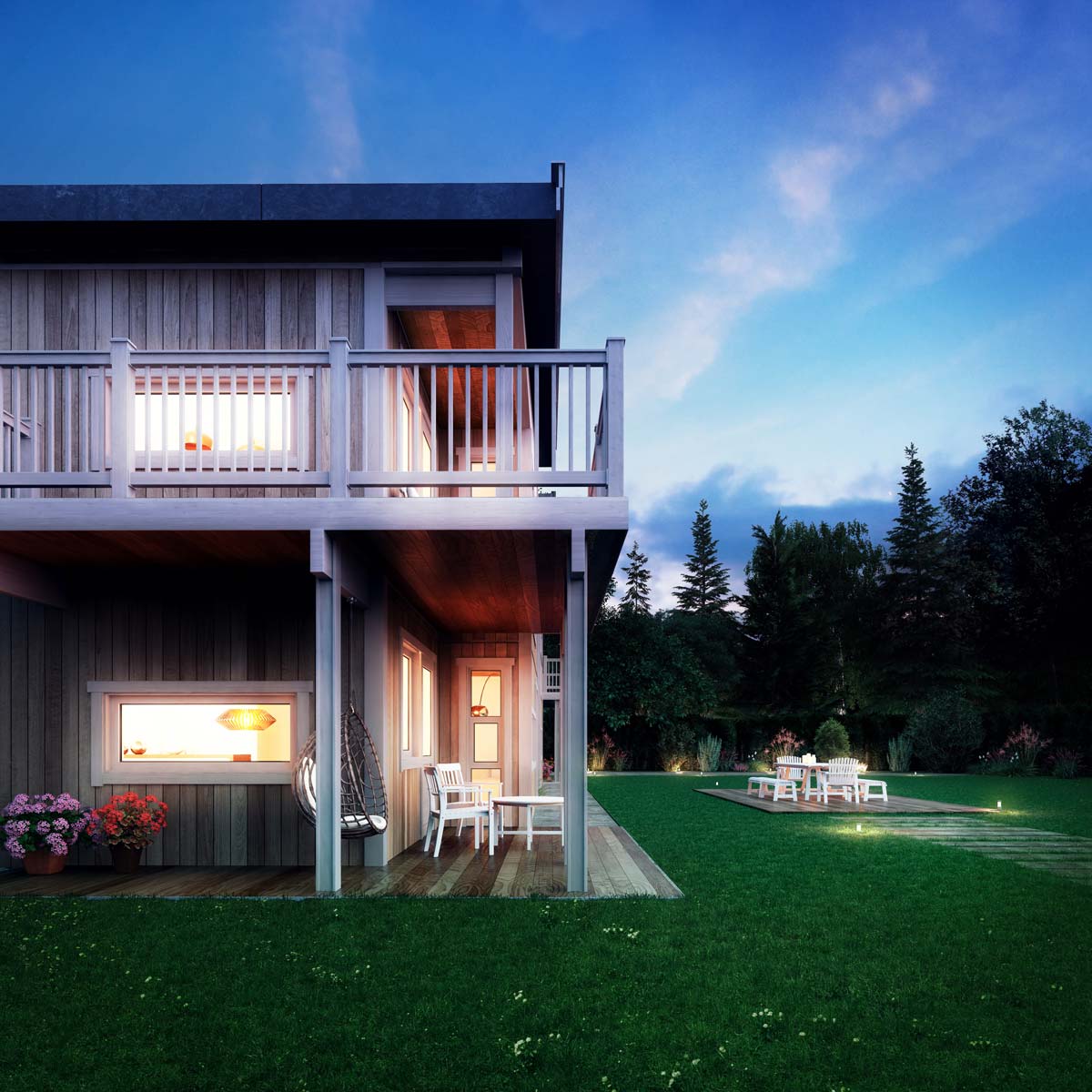 More and more companies use architectural visualisations for the realization of their brochures. Companies from all sectors, from food industry to automotive, use this technique to generate the images that will be included in their brochures. 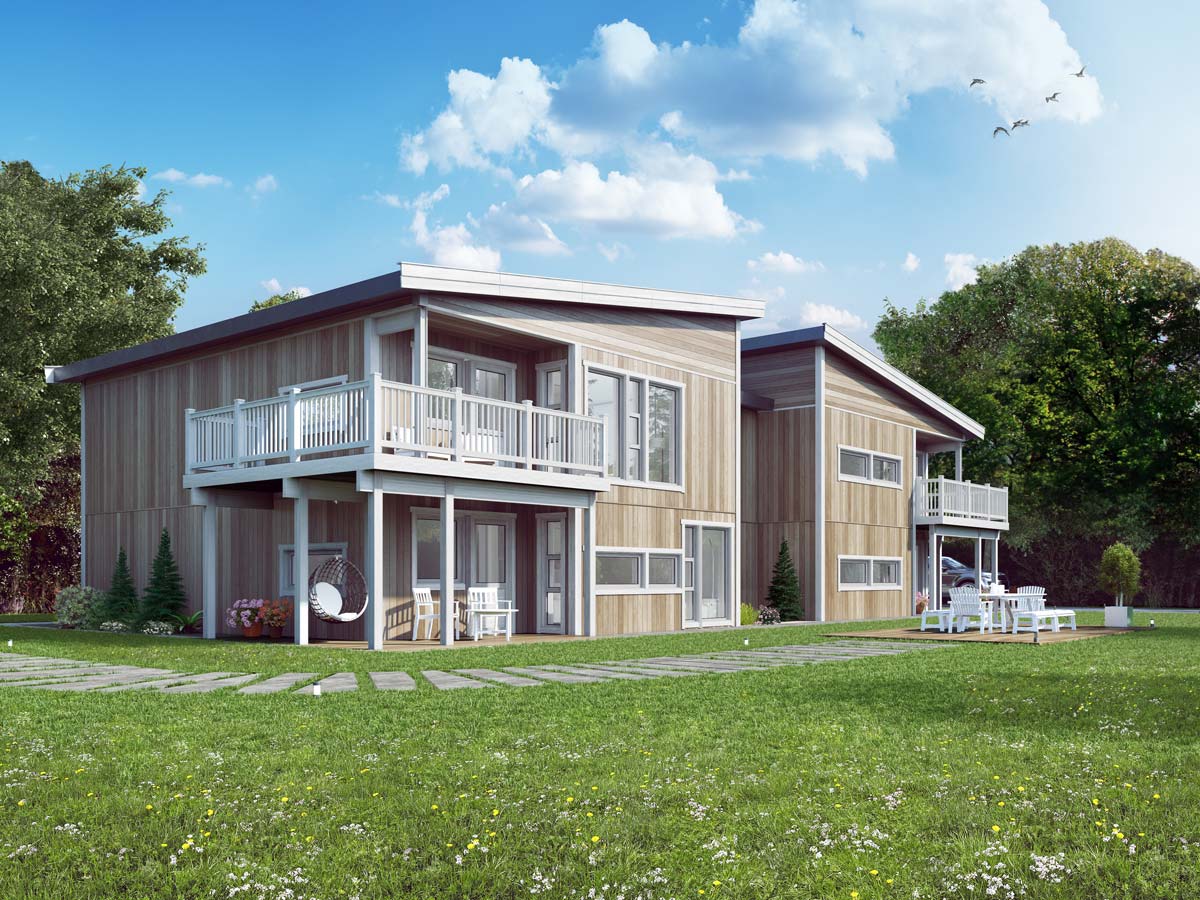 Perform architectural visualisations presents several advantages over the conventional photographs. On the one hand, is a cost saving because that prevents the assembly of the product being able to work with only prototypes and avoid mounting all the atmosphere that surrounds it. On the other hand, it allows all kinds of changes quickly and without having to recreate the scene as it happens in photography.

A Norwegian prefabricated housing company requested two architectural visualisations for include them in its new brochure of 2016. It tries to show the possibilities of their homes. Two attractive images to attract potential customers.

One of the 3D rendering should show the typical image used by the most of the companies of prefabricated houses. But for the second visualisation, client wanted a more striking image to steer clear of the usual images used by the competence.

For the second view, we opted for a front frame that appreciated the details of the housing. In order to provide greater warmth to the image we chose to make it with sunset lighting to feel the life in the interior of the house.

The fluid communication with the client was a key factor for the success of the project. The client was very satisfied with the result of the architectural visualisations and made a new order which we hope to publish soon.