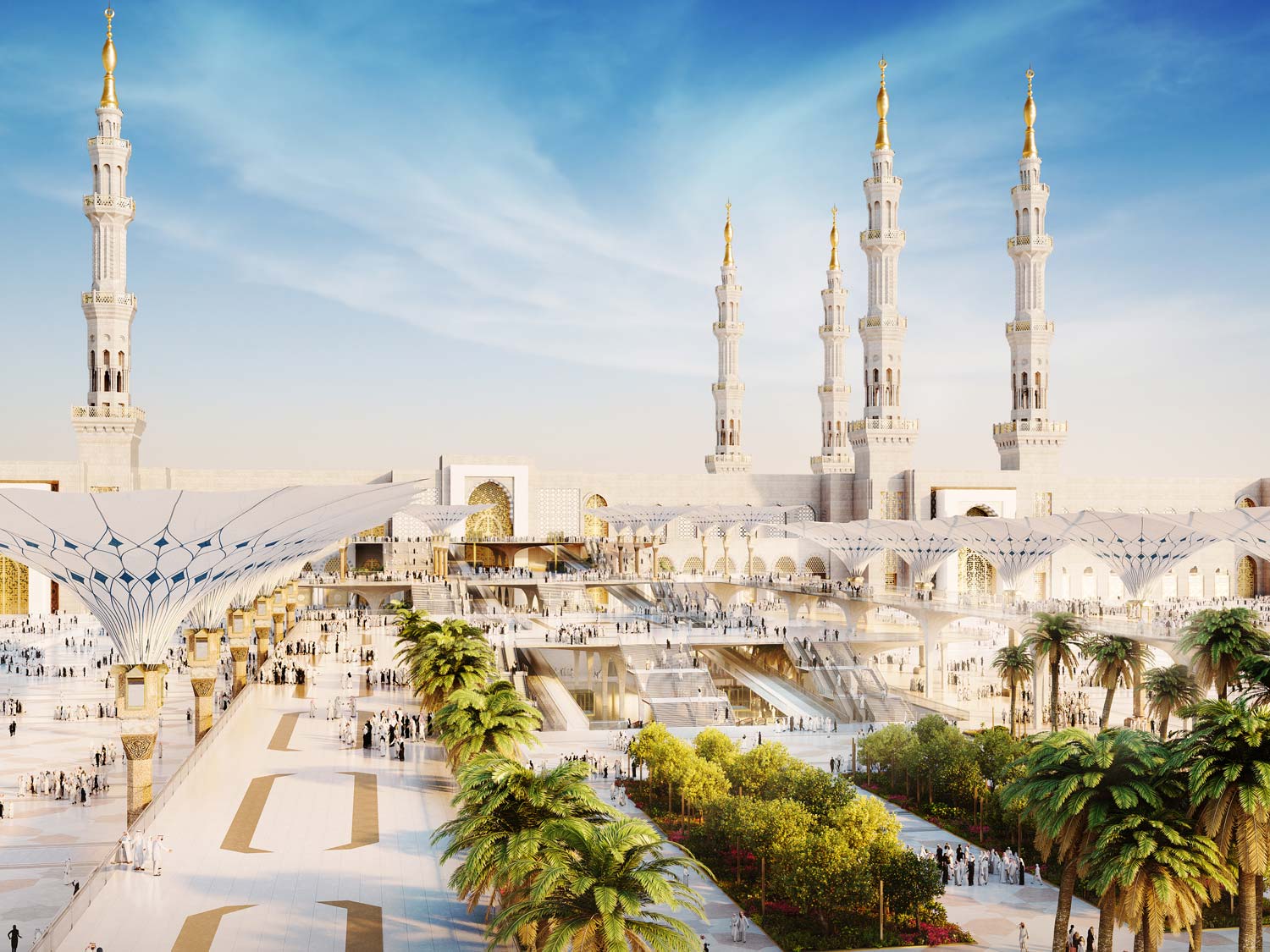 Finally, after several years of keeping it secret, we can share some of the architectural visualisations we made for the expansion of the mosque Al Masjid an Nabawi in the city of Medina, Saudi Arabia. 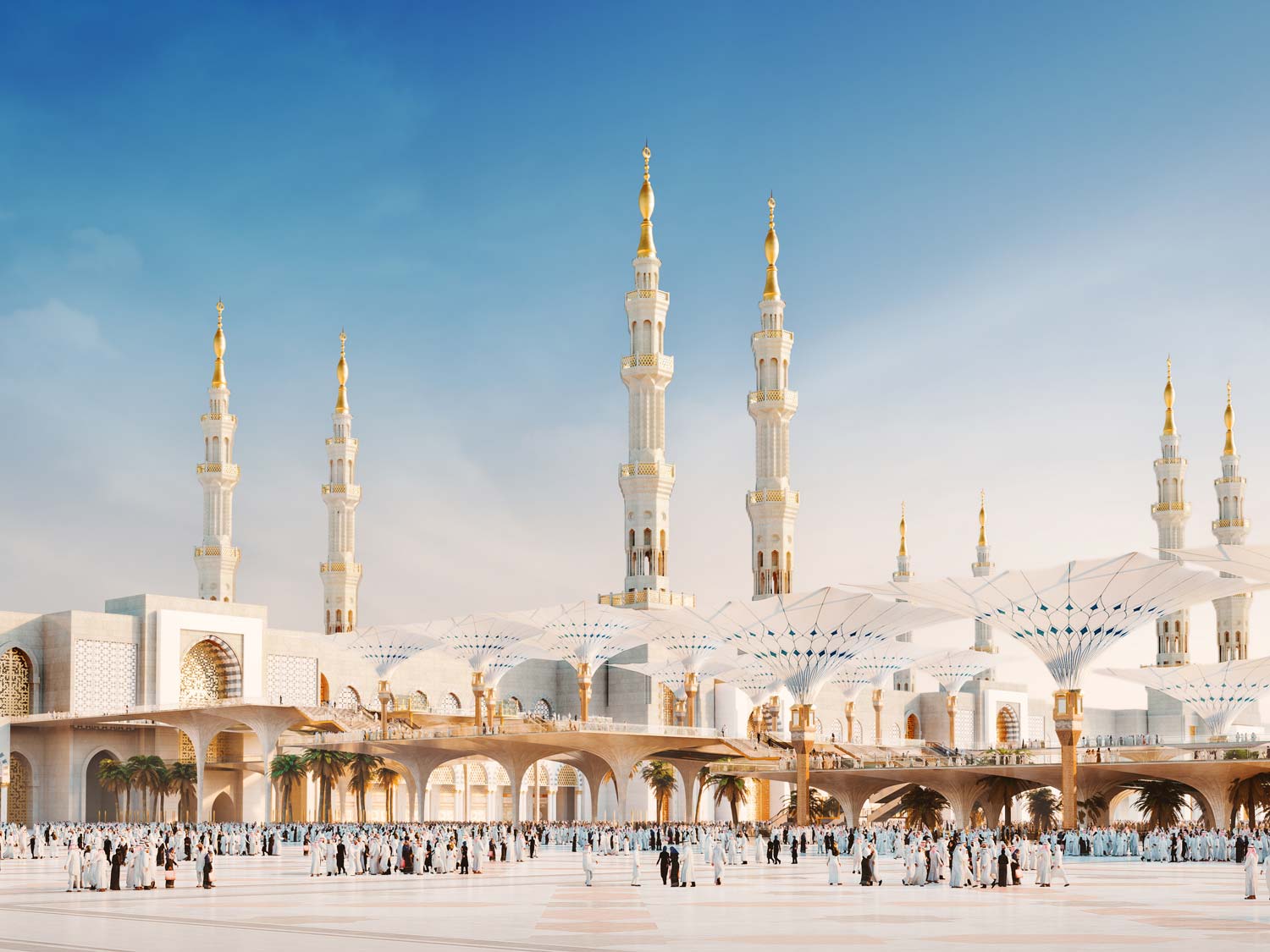 The French architectural firm Poly Rythmic Architecture was the architect of this spectacular proposal. 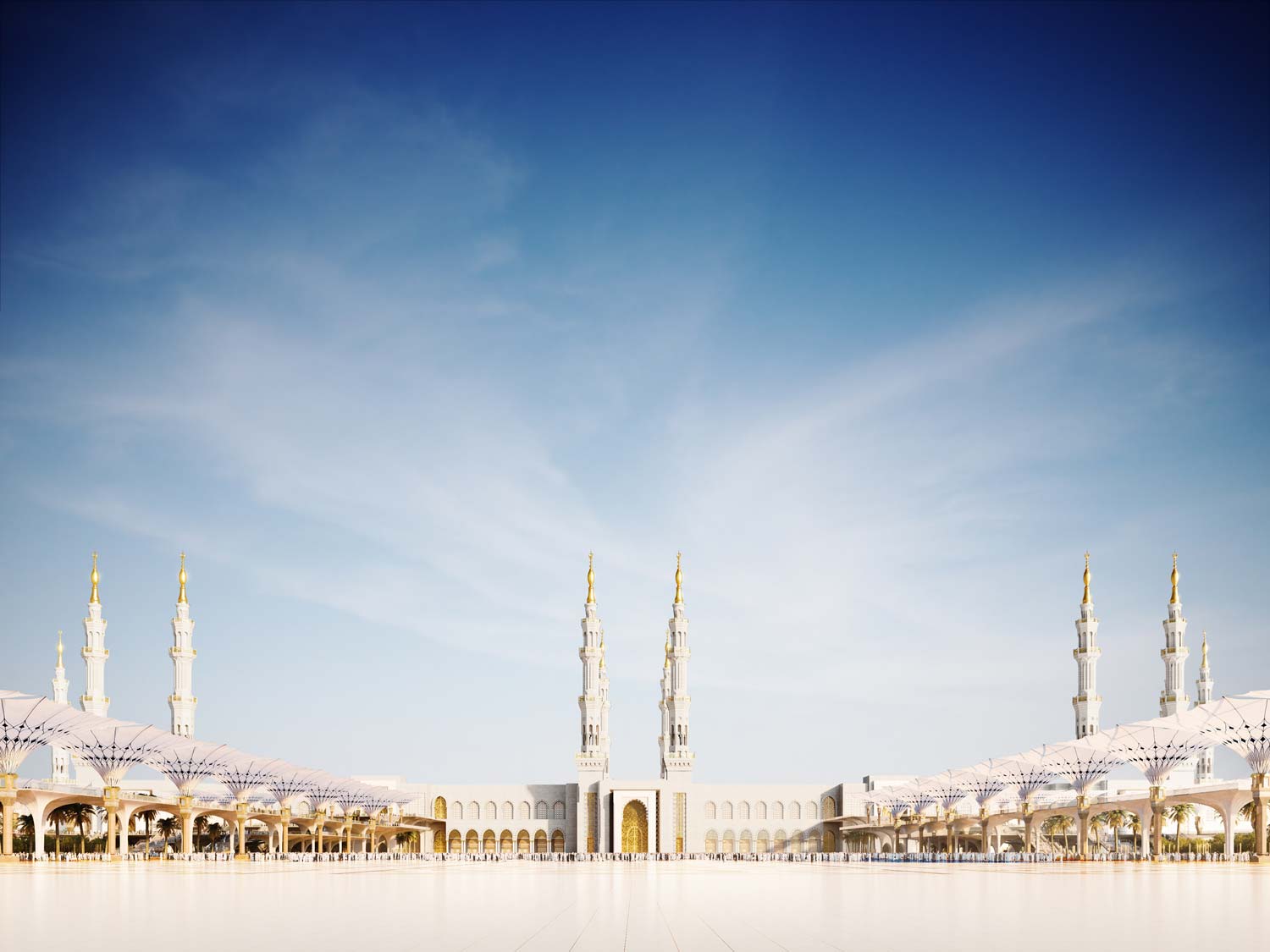 It is a project that seeks a total renovation of the center of the city in which the mosque is shown as the main focus of the city. The mosque, also known as the Prophet’s mosque, will feature a large outdoor area as a large shader and some bridges that will connect it with the future shopping centre that will be constructed. 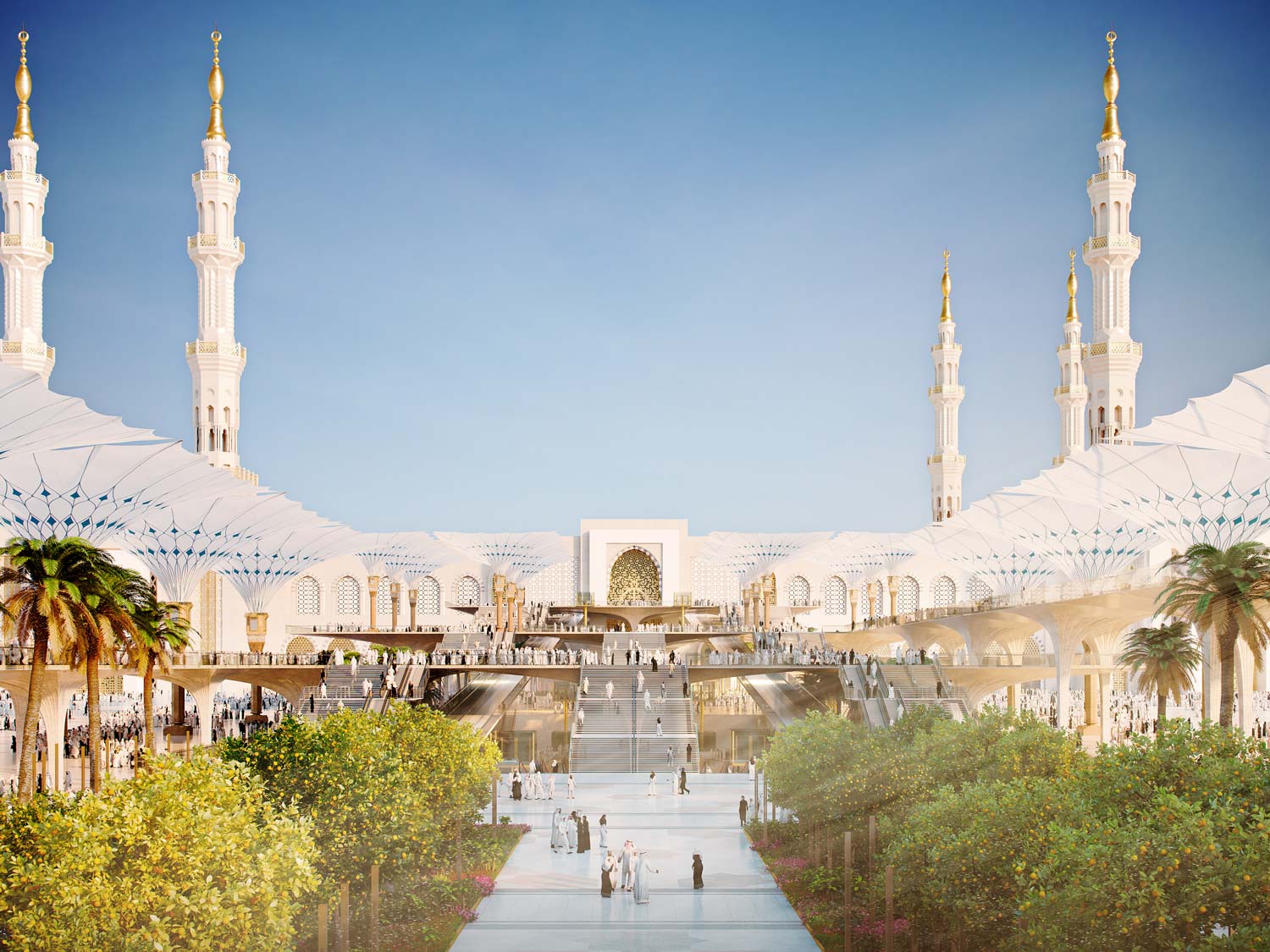 We are especially pleased with this project. On the one hand, the high level of detail and the complexity of the architectural project was a challenge for our team in the face of modeling building. On the other hand, it is always stimulating to participate in making architectural visualisations of unique projects such as this one. 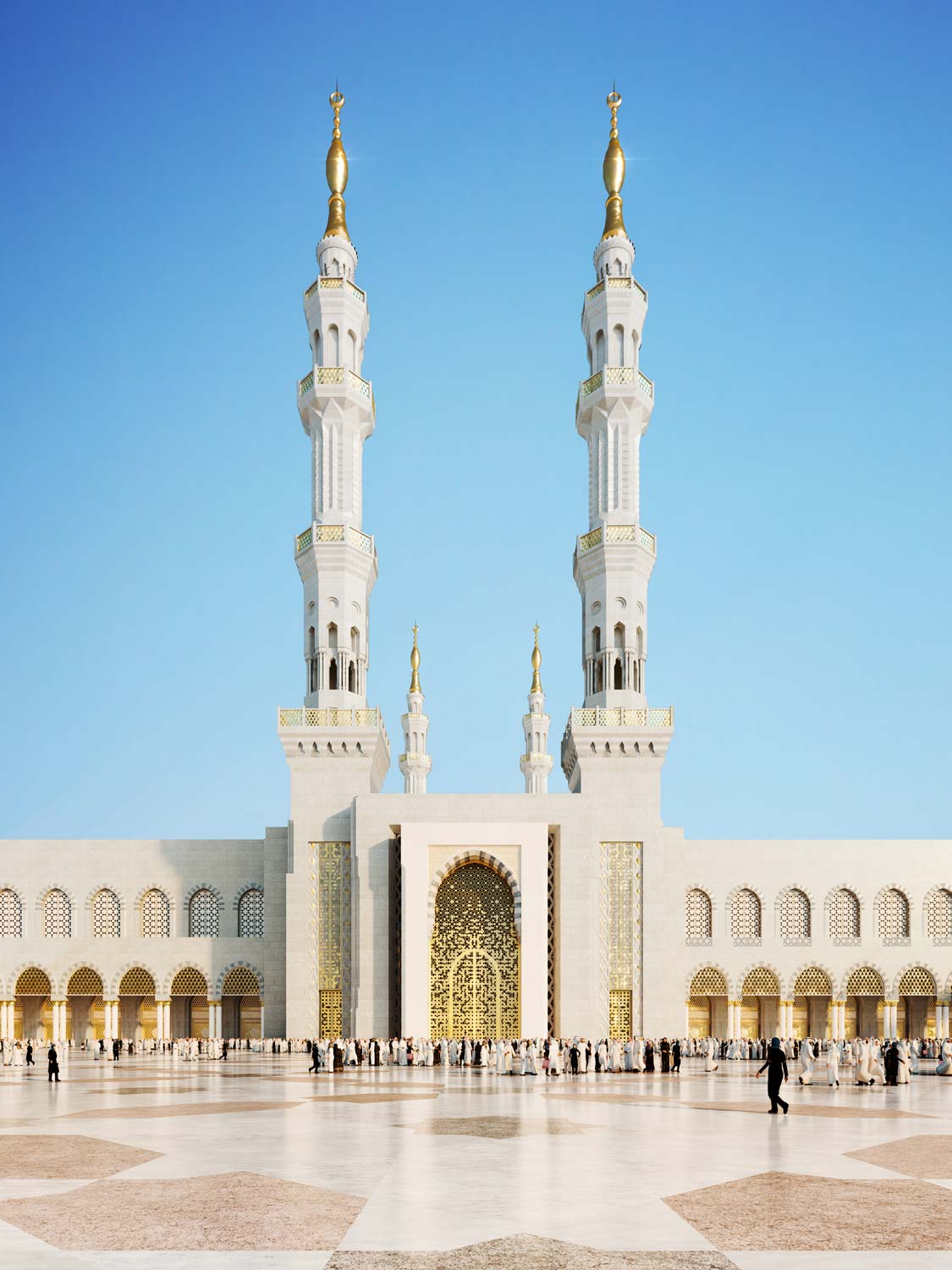 Being a large-scale project, many renderings were needed to explain the entire project. For this reason, the client commissioned ten still images and a video. 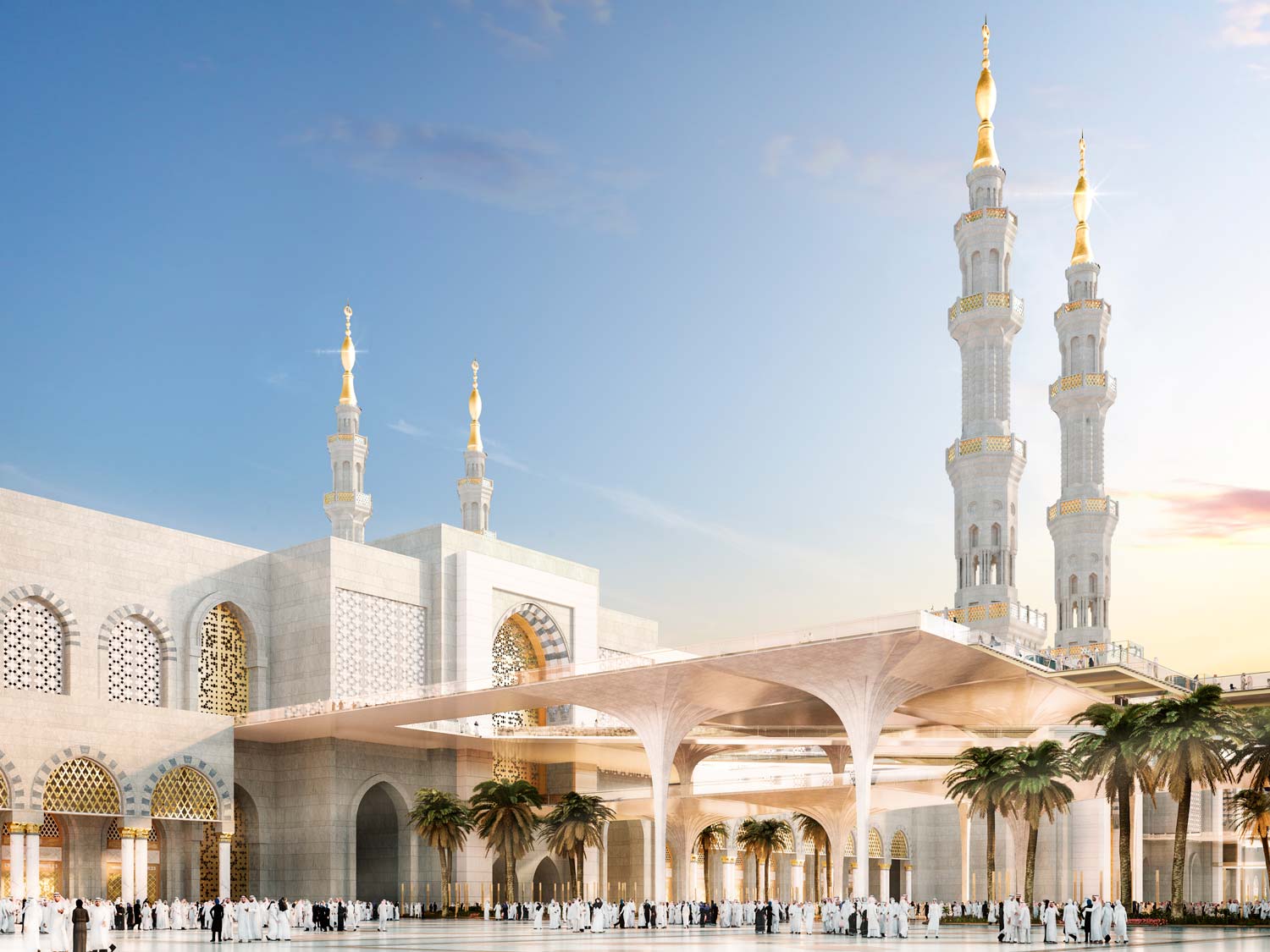 To define the points of view, several tests were done from different angles with different illuminations until find the most encouraging for the project. 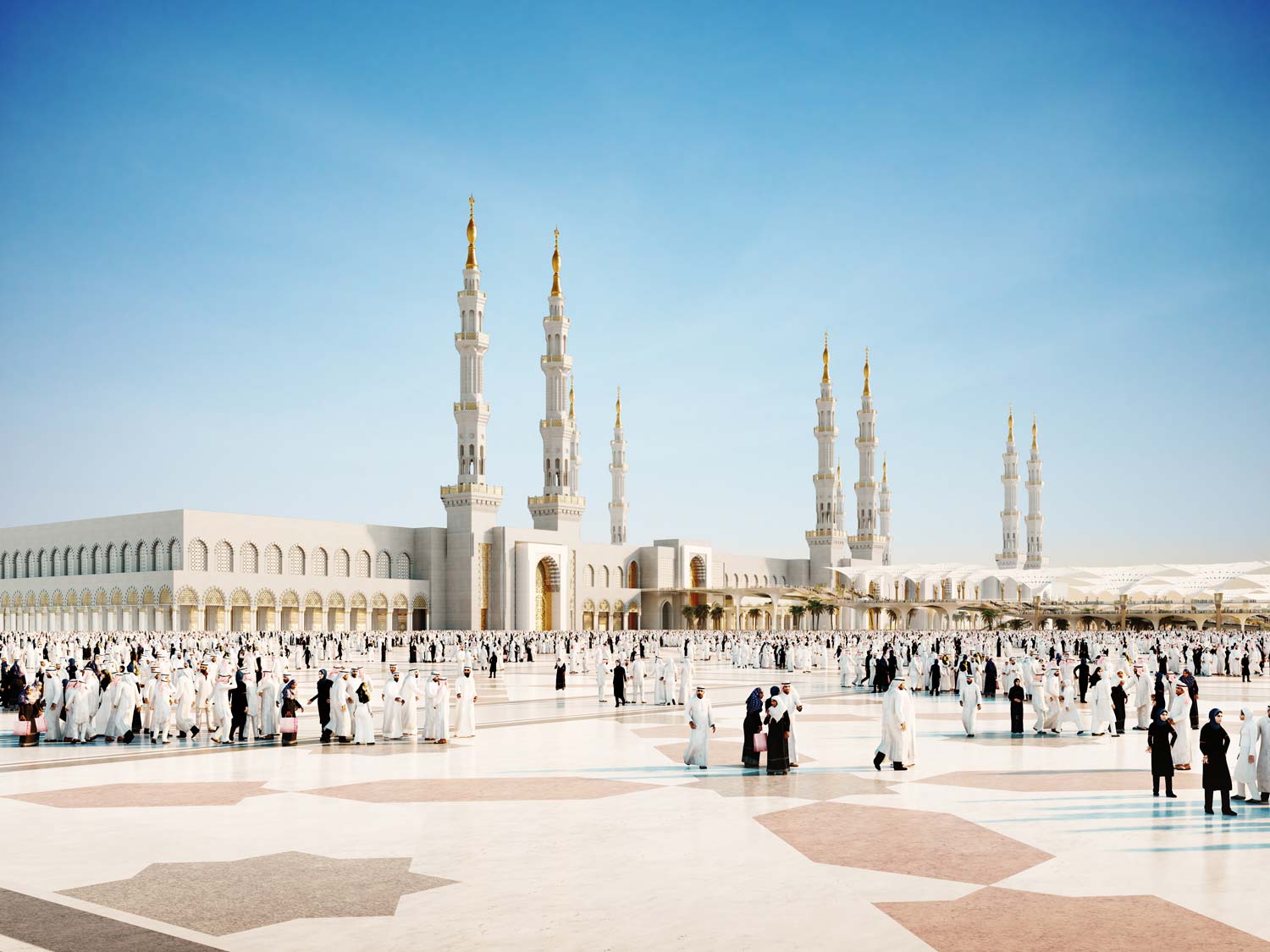 In terms of the atmosphere, we sought an atmosphere as simple as possible so that the Mosque would be the featured element in all the images. Through calm skies and daytime lighting the desired effect was achieved. 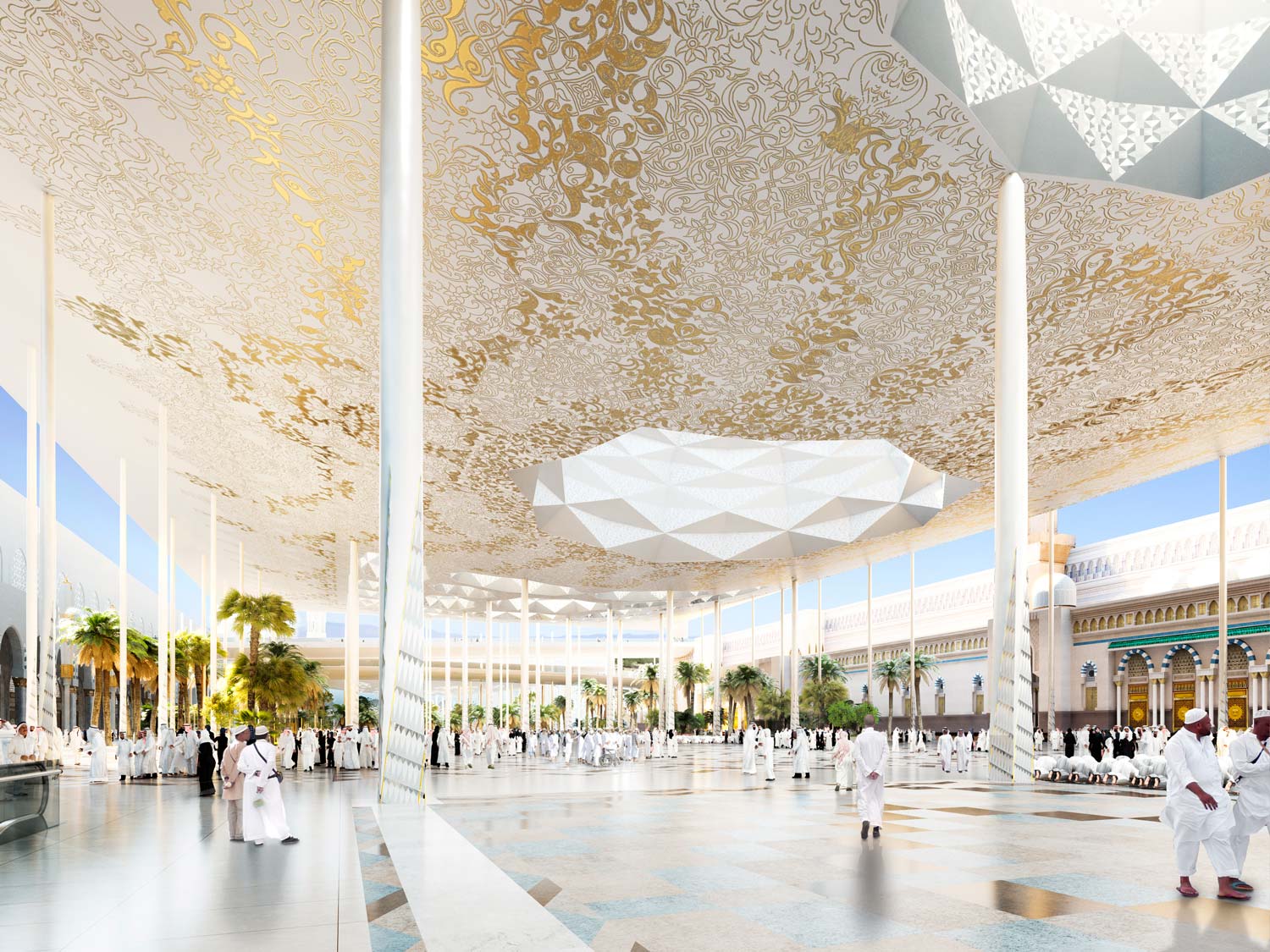 In order to produce architectural visualisation, special attention was paid to the setting of the scenes. People were placed in all images in black and white vestments to help keep the focus of attention in the mosque.

We hope to publish a new post with a new architectural visualisation of another great project designed by Poly Rythmic Architecture.