Architectural visualisations of a mixed use building in Beirut 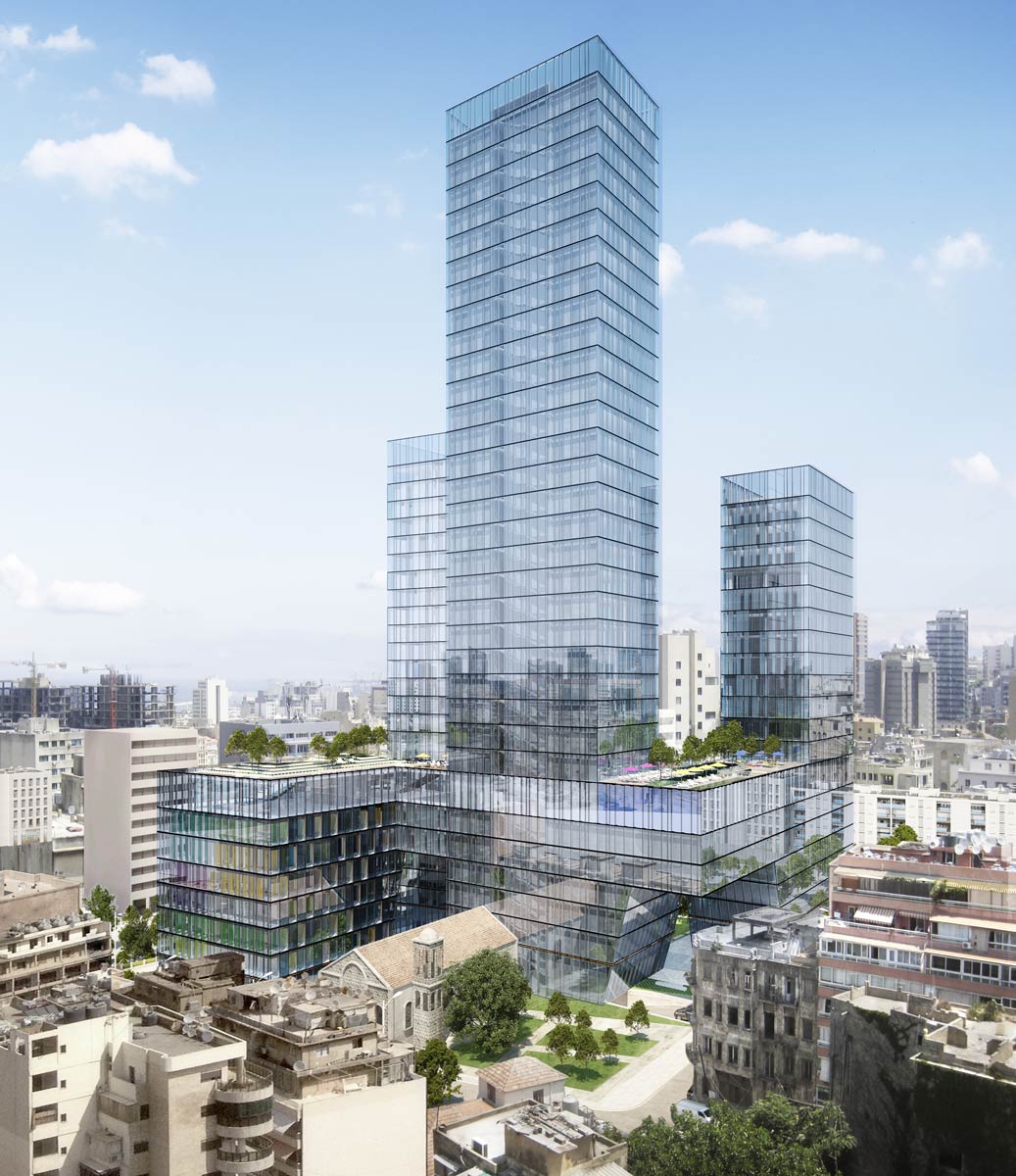 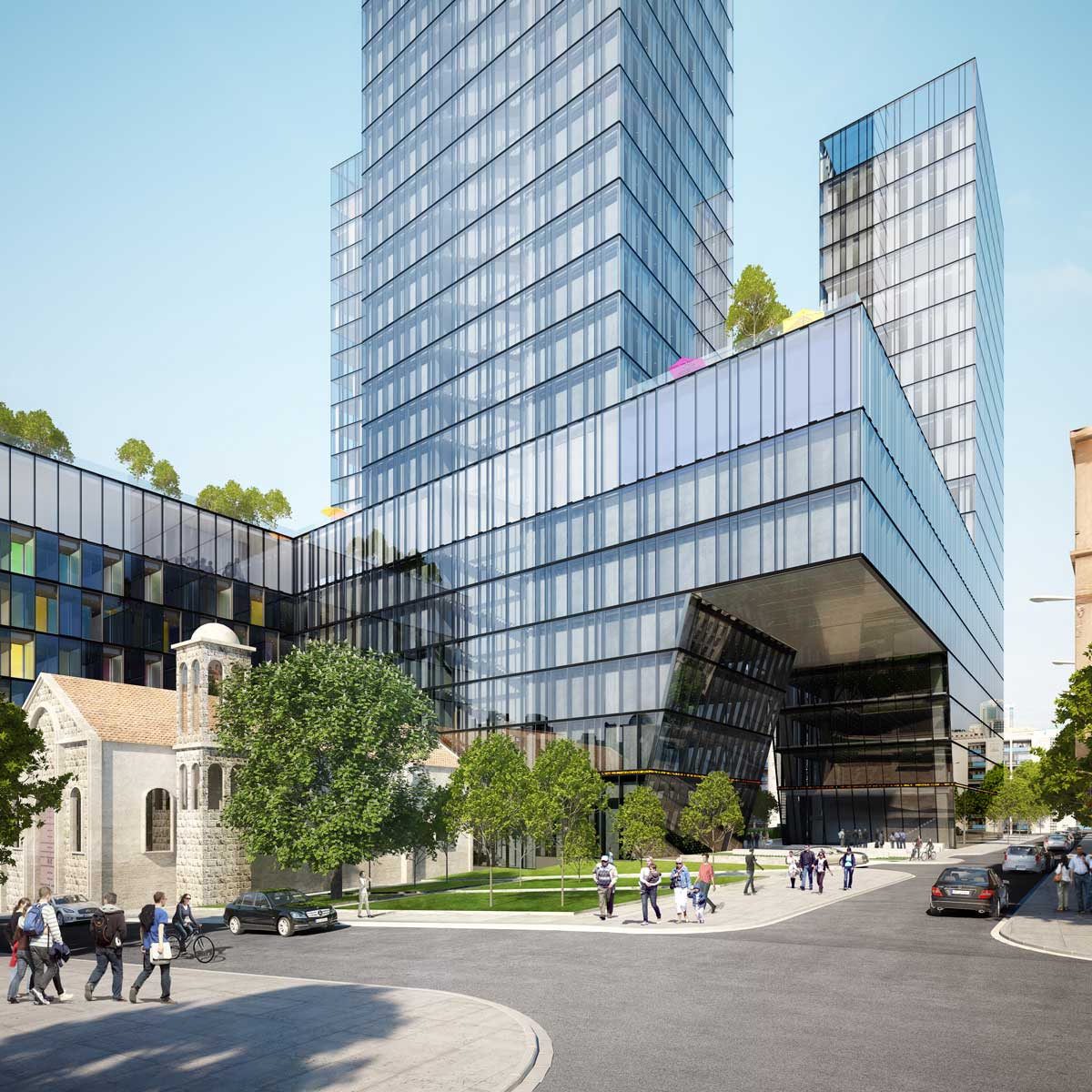 A 44,500m2 mixed use project that will be part of the second phase of the new Beirut Digital District (BDD) and will be known as BDD HUB. Three towers of varying height which will house a hotel, offices and dwellings. The new master plan will create a high density plot that will contain an accessible and diverse working and living environment which will be offset with green areas that will appear on different levels. 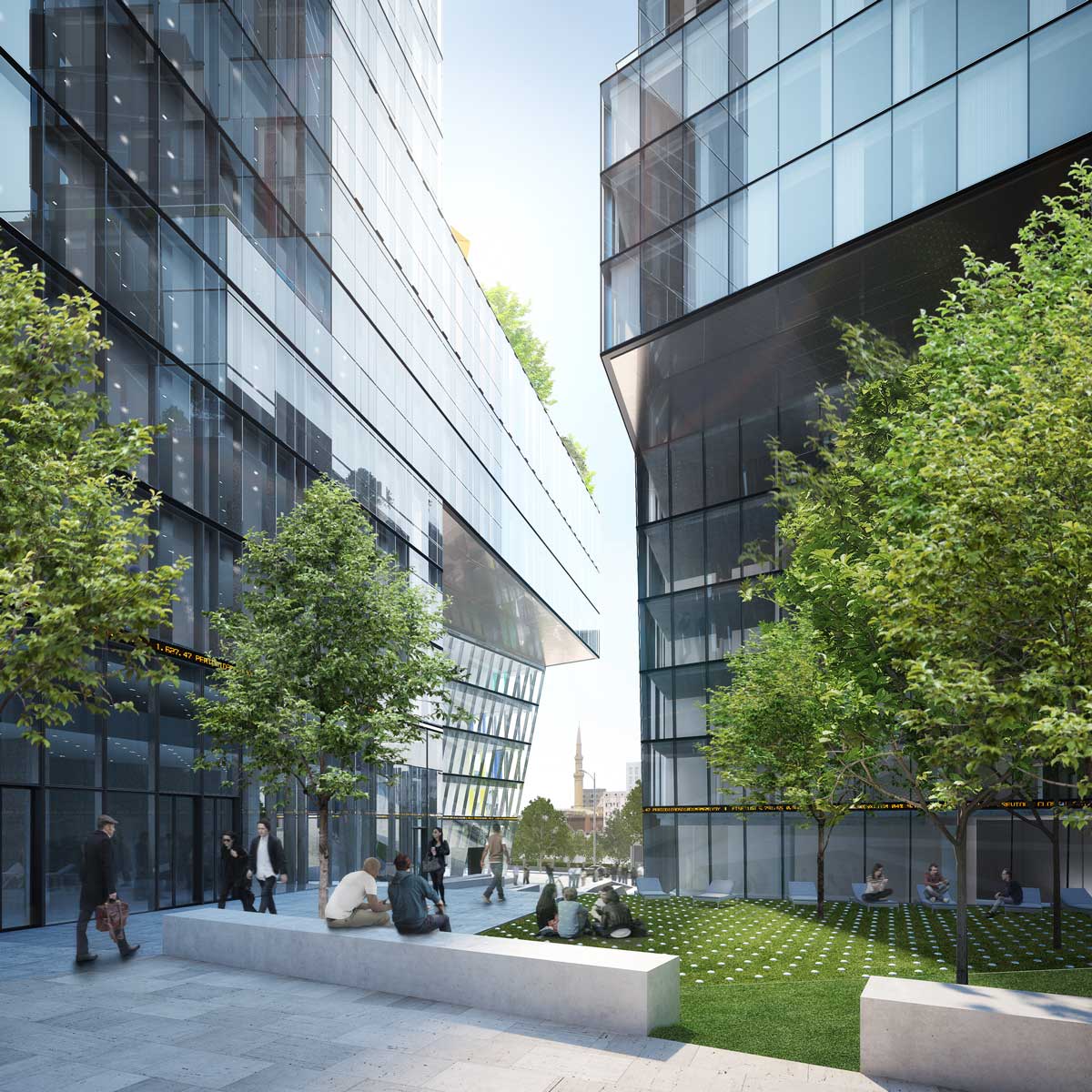 The client wanted 5 exterior architectural visualisation that explained the integration of the three towers with the current surroundings. These architectural rendering had to show the different facades of each tower, which varied according to the intended use with which was designed: residential, hotel or offices. 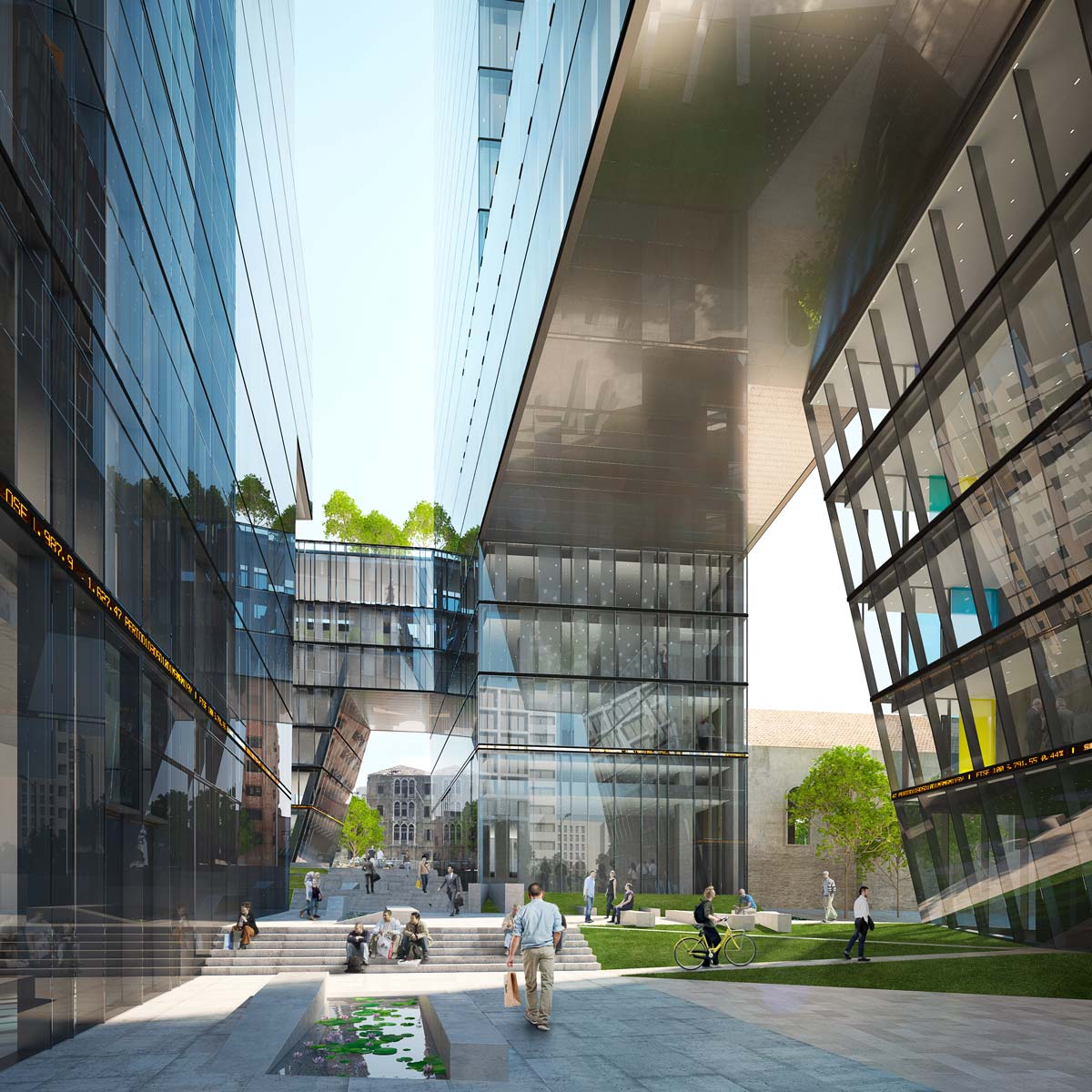 The exterior architectural rendering are integrated into actual photographs of Beirut. The curtain walls along the slope, canopies and cantilevers of the facades are mirrored to each other with the surrounding buildings and always with the city of Beirut present in each architectural visualisation background.

The creation of squares and public spaces on the ground floor and green spaces at 30 m in height are one of the most attractive aspects of the project. These terraces at 30 meters communicate the three towers and offer really nice panoramic views of Beirut. 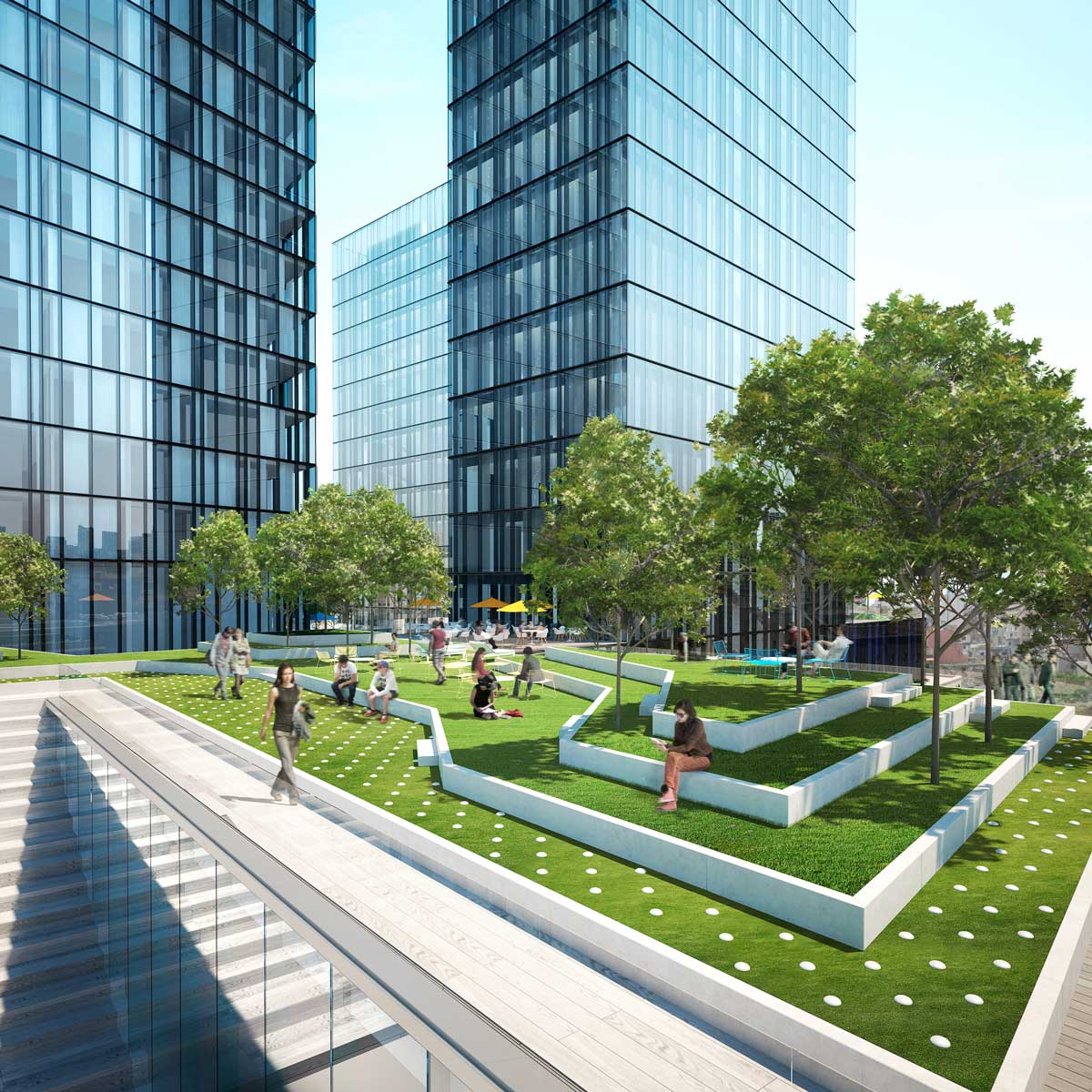 The atmosphere of the architectural visualisation was defined very much by the client. They wanted daytime images in which the sun would reflect the towers. The architectural renderings also had to appear populated with young working people, precisely the target group of this project.

For the interior spaces, a virtual tour was developed. Minimalist decoration that highlighted a scheme of fluorine colors. We hope to show you this virtual tour in a next post.