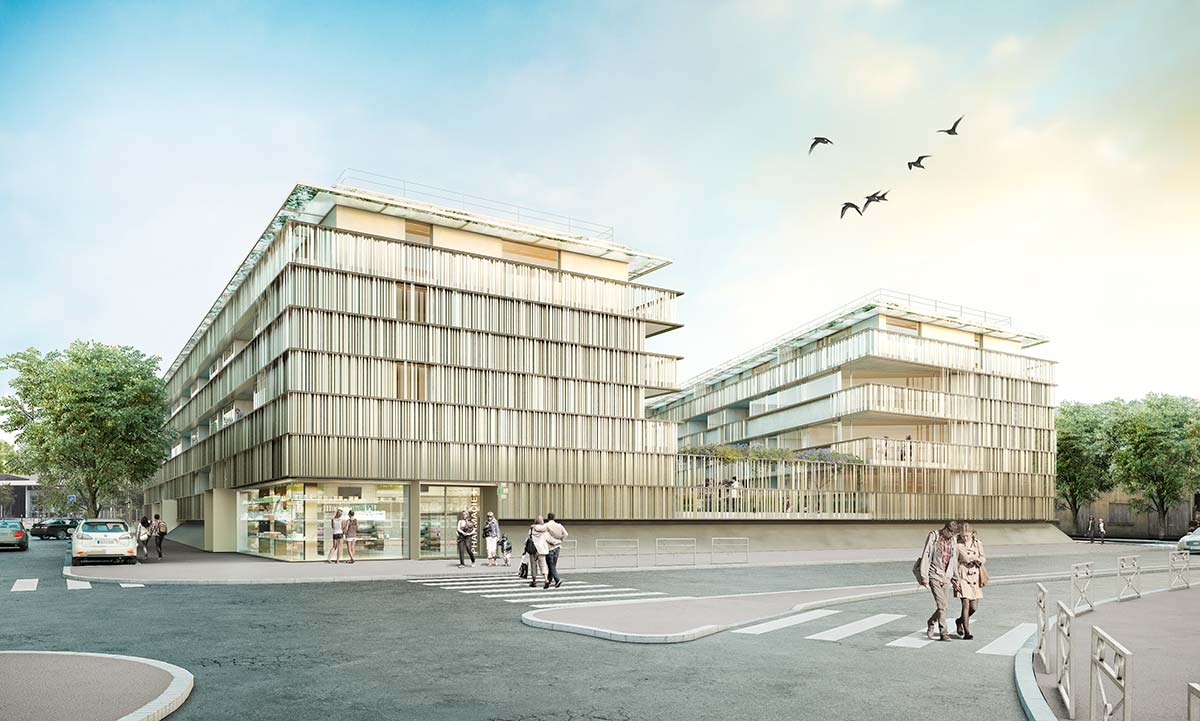 Some time ago we made this architectural visualization for a residential building in the city of Bordeaux, France. A project designed by the associated architectural firms RCR arquitectes and Artotec.

The project is a collective housing building with a garden in the interior patio from where the neighbours have access to the dwellings. It is a building of G+3storey in which the top floor is recessed to create a perimeter terrace. 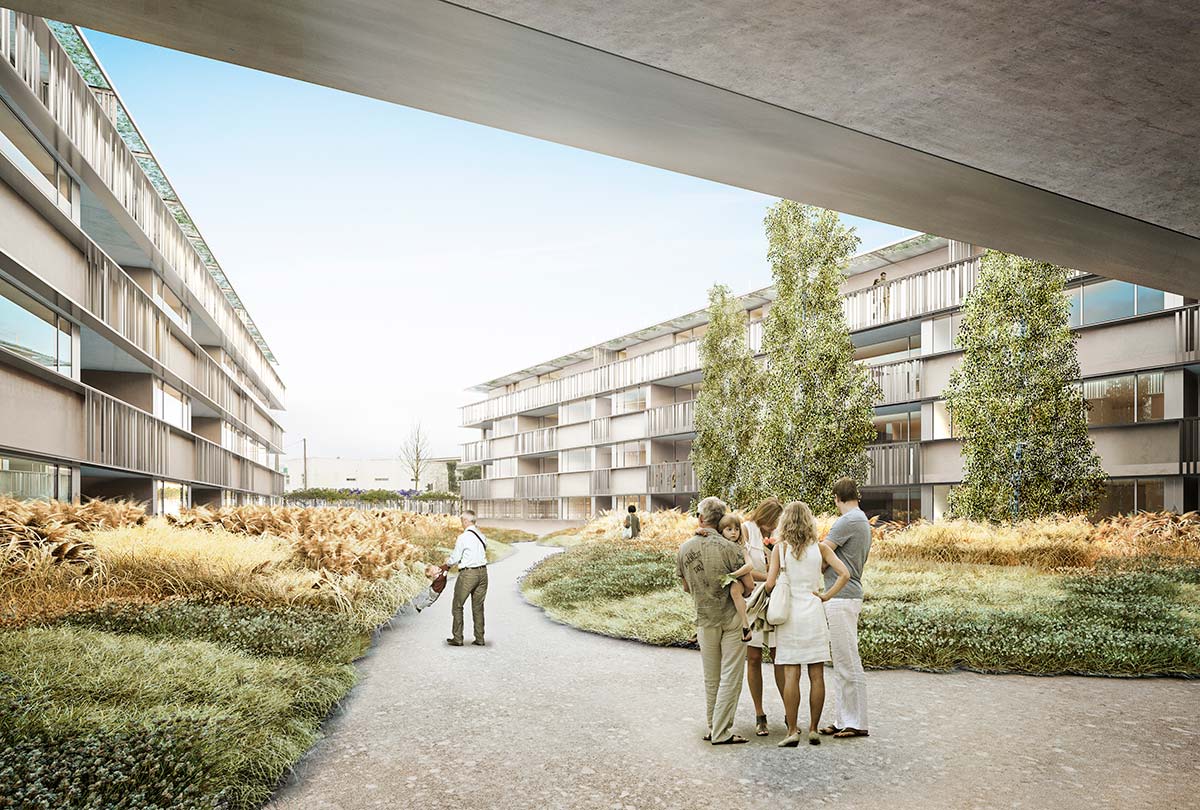 The ground floor is raised about one meter in relation to North Street to have a semi-buried parking on floor – 1. This unevenness is resolved through an inclined plinth stitching topographical changes along the streets and at the same time make the building float.

One of the important points of the project that should capture the architectural visualization was the treatment of facades. The façade is filtered through the repetition of a standard element and the variation of density which changes according to what happens on the interior and to their relationship with the environment.

The materiality of the facade is divided into 3 parts: glossy lacquered galvanised steel filter color gold / silver, opaque concrete walls coated with a glossy finish color filter and the remainder will be glass. The intention of this facade is trying to create through the repetition of this element the dematerialization and break the rigid boundaries of architecture. It is important to understand the depth that gives us this facade mixed with reflections and brightness that will help make it less material.

Several tests to find the architectural visualization that best explained the proposal were made. Once the client selected the final frames, several lighting tests were performed.

For this architectural visualization the architects wanted a neutral atmosphere with a daytime lighting which would highlighted the facade effect.