Architectural visualization for the interior design of a hotel in Lisbon 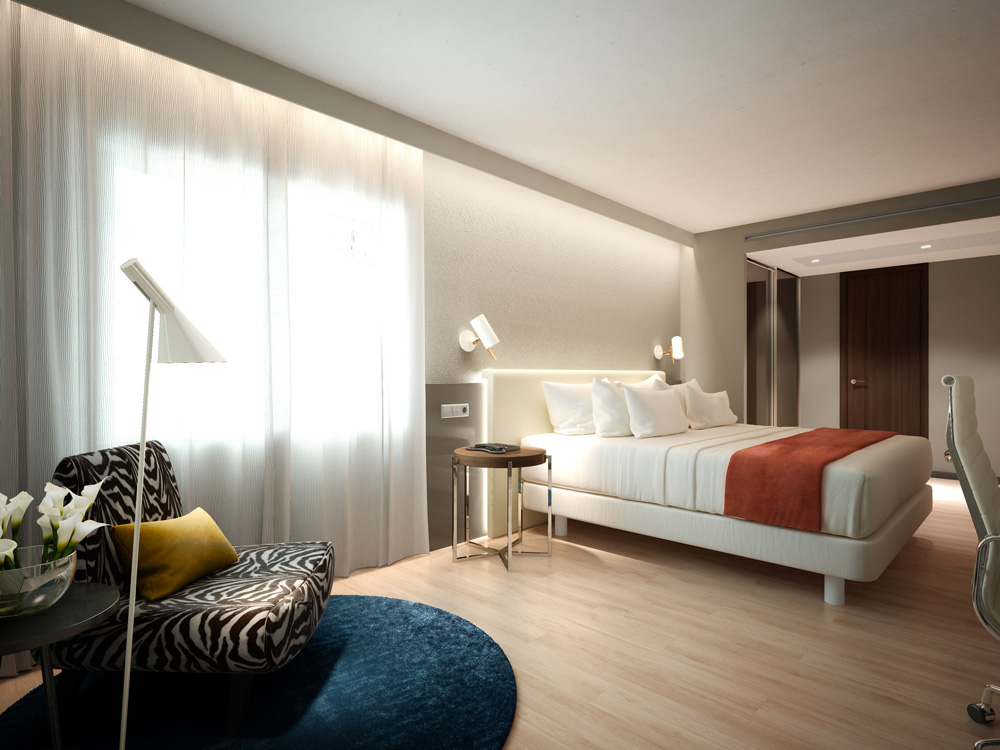 One of the greatest advantages of the architectural visualizations of interior design is the realism that they bring to the proposals, making easier both the presentation and the compression of the project. In a visual and immediate way it is possible to convey the main idea of the project to the clients. 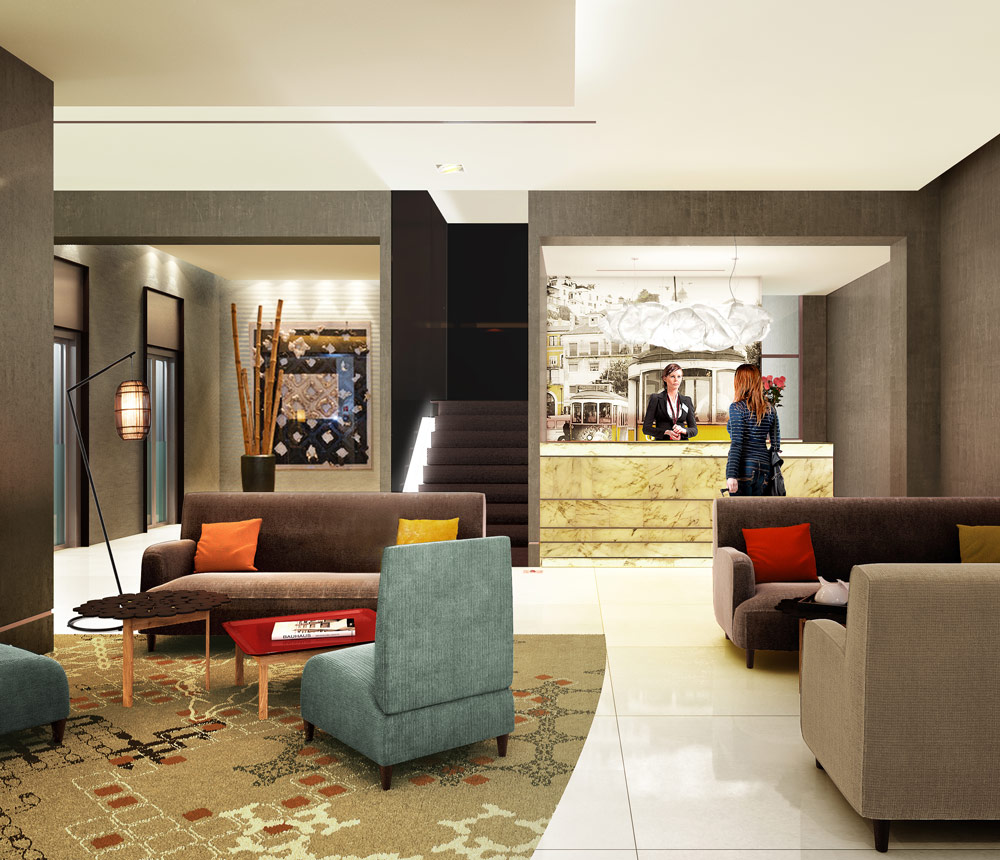 To this end, an interior designer team contacted us to make the architectural renderings of their proposal for the interior design of a hotel in Lisbon. A study of great course and experience with great works to their credit. 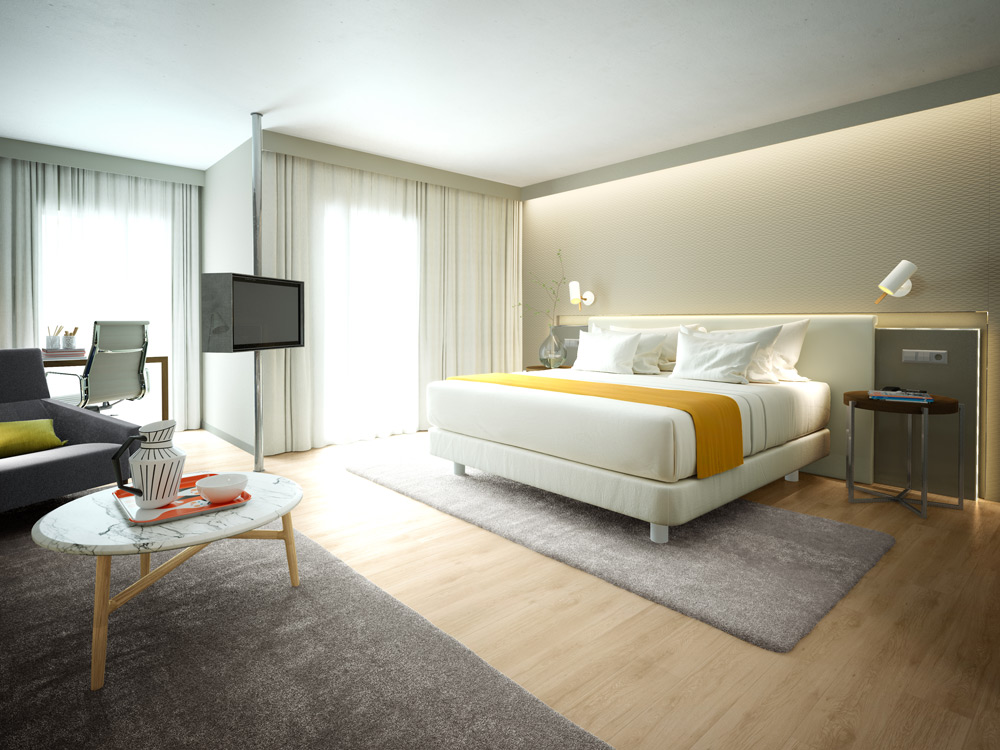 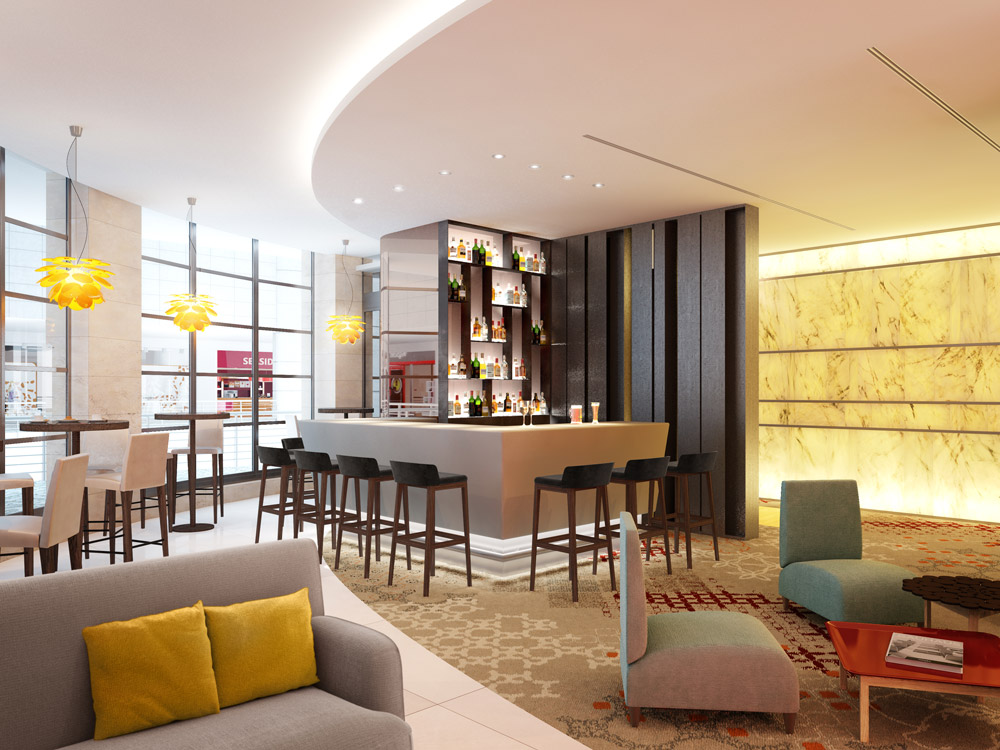 The existing hotel seeked to make a refurbishment in order to update its image, looking for a good balance between a careful design and a reasonable cost. For this reason, the interior designer team launched its proposal focusing in the lobby, the suite and the double room. The commissioned included eight architectural visualizations of these spaces of the hotel. This job required special care on the furniture treatment, colours, textures and on the fabrics that decor the different rooms. 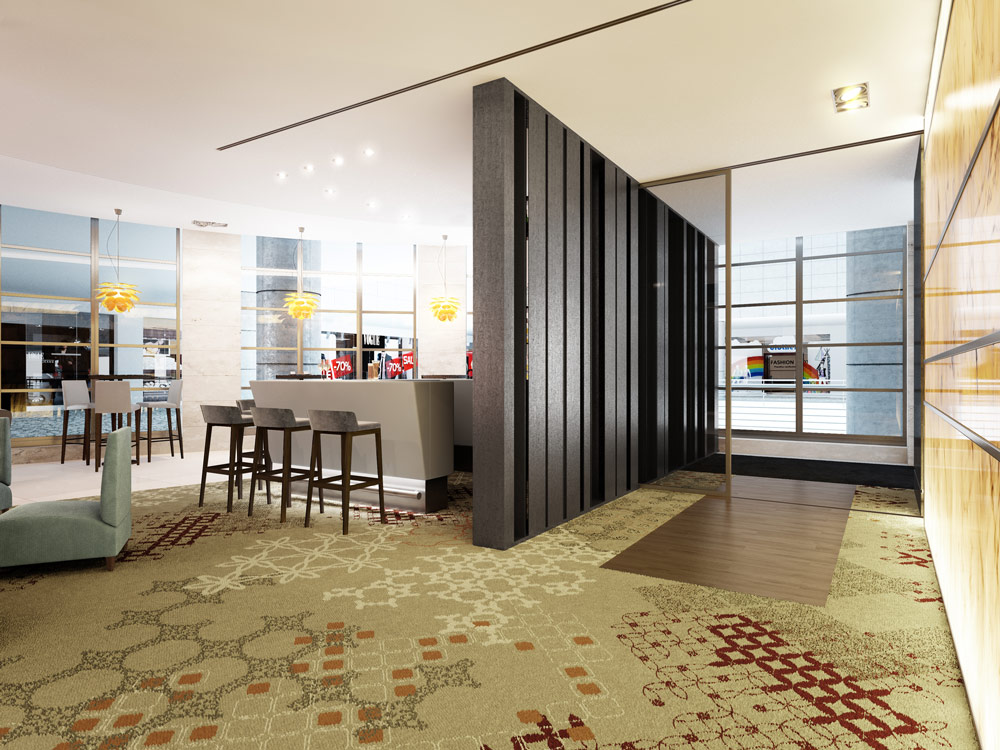 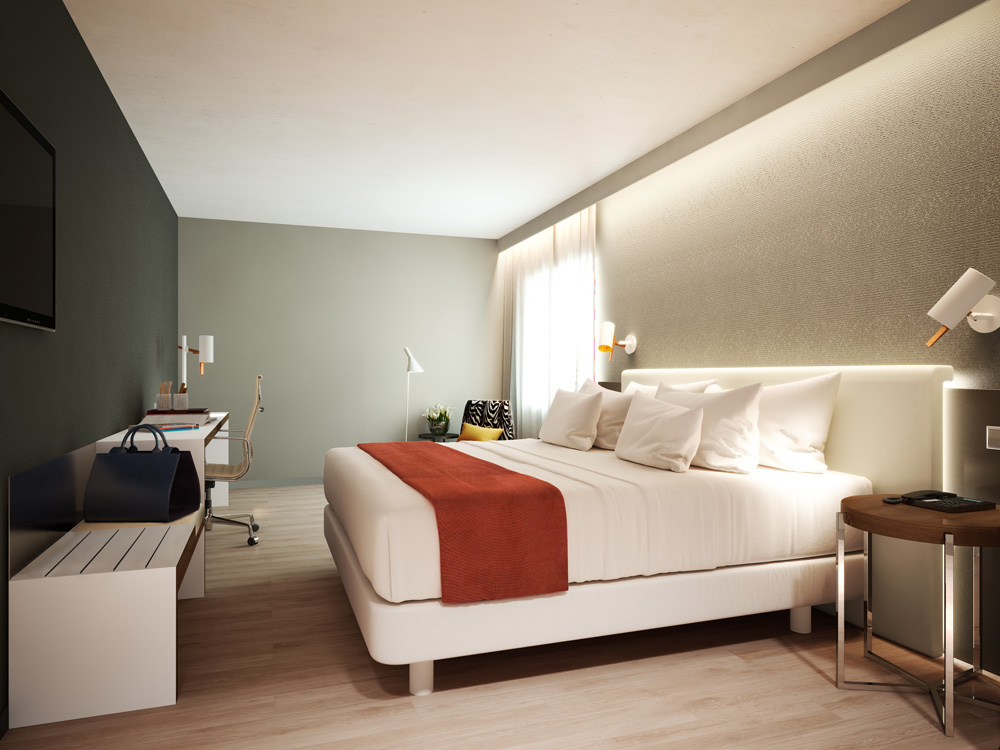 The lobby of the hotel integrates three spaces, reception, a relaxing area and the bar. An area highlighted by a wall of alabaster which is retro illuminated and a floor covered with a large carpet of cream colour with golden and maroon prints. 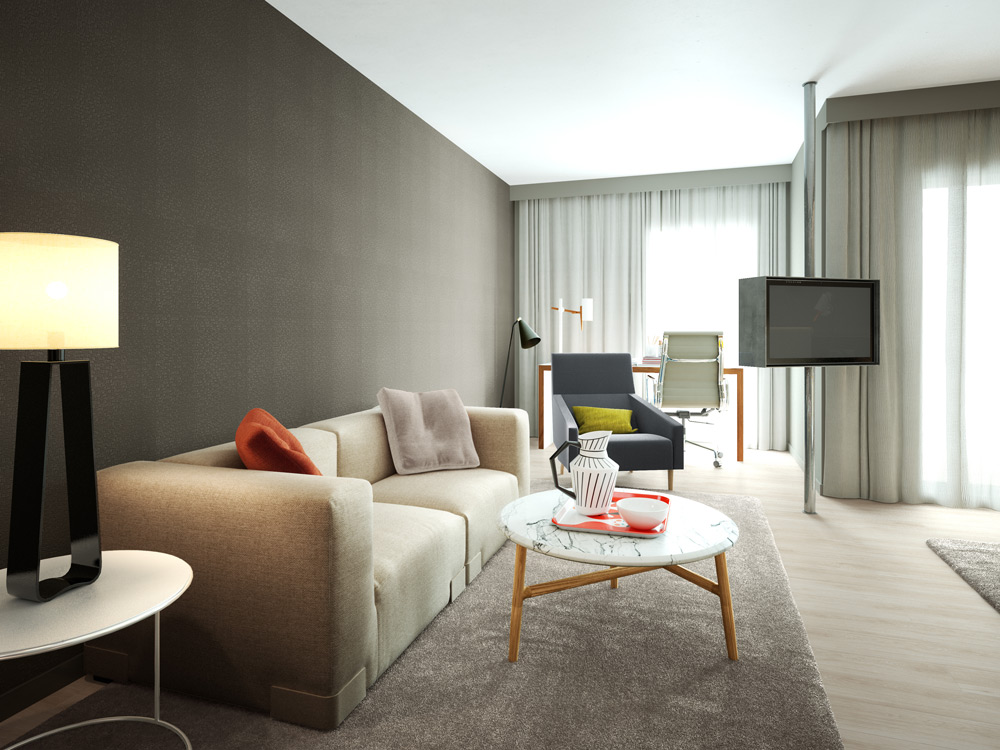 The model of bed, both for the double room for the suite, along with the clothes and the number of cushions that were placed were defined by the hotel chain. White tones with a touch of colour provided by the plaids. For these architectural visualizations we did a careful work in order to get the fabrics that were defined in the proposal. Cushions, curtains, carpets and upholstery were thoroughly worked. 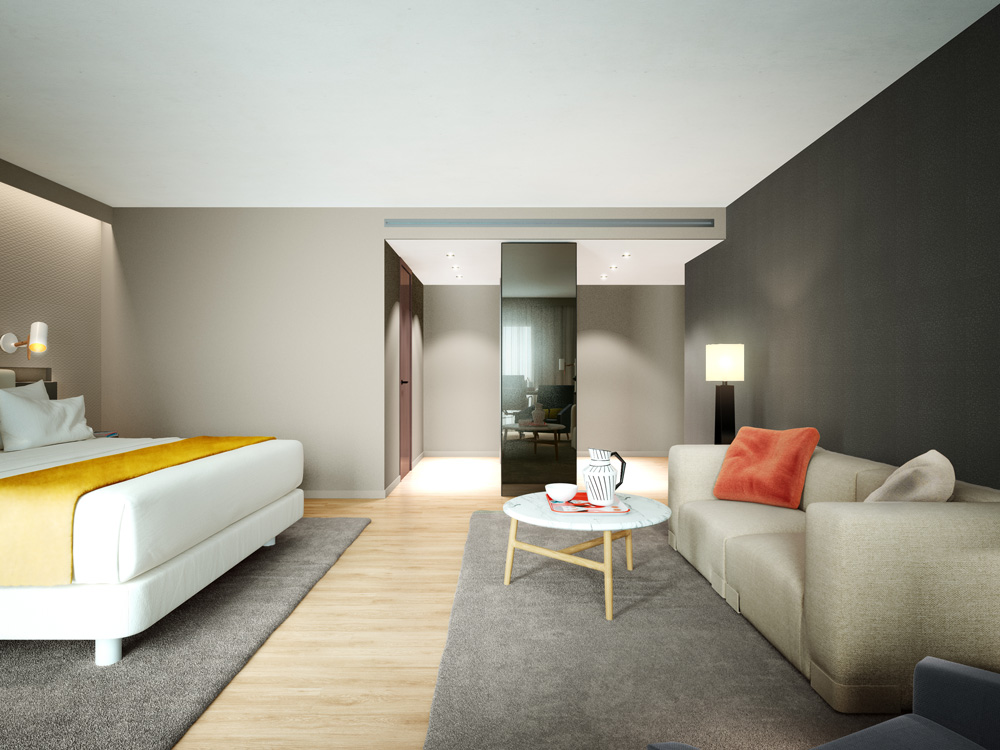 We want to congratulate the interior designers for their project as well as the large amount of documentation provided, which greatly facilitated our work to carry out these architectural visualizations of the hotel.