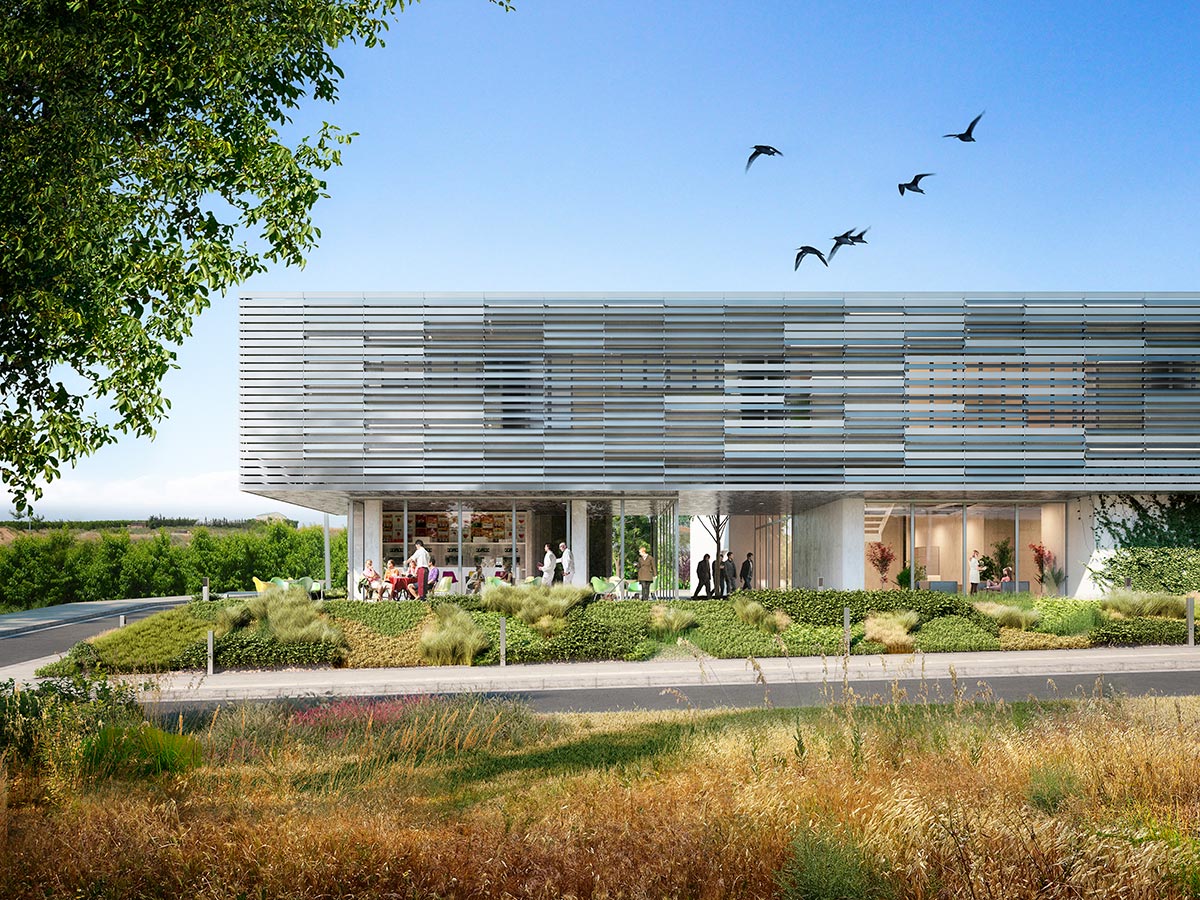 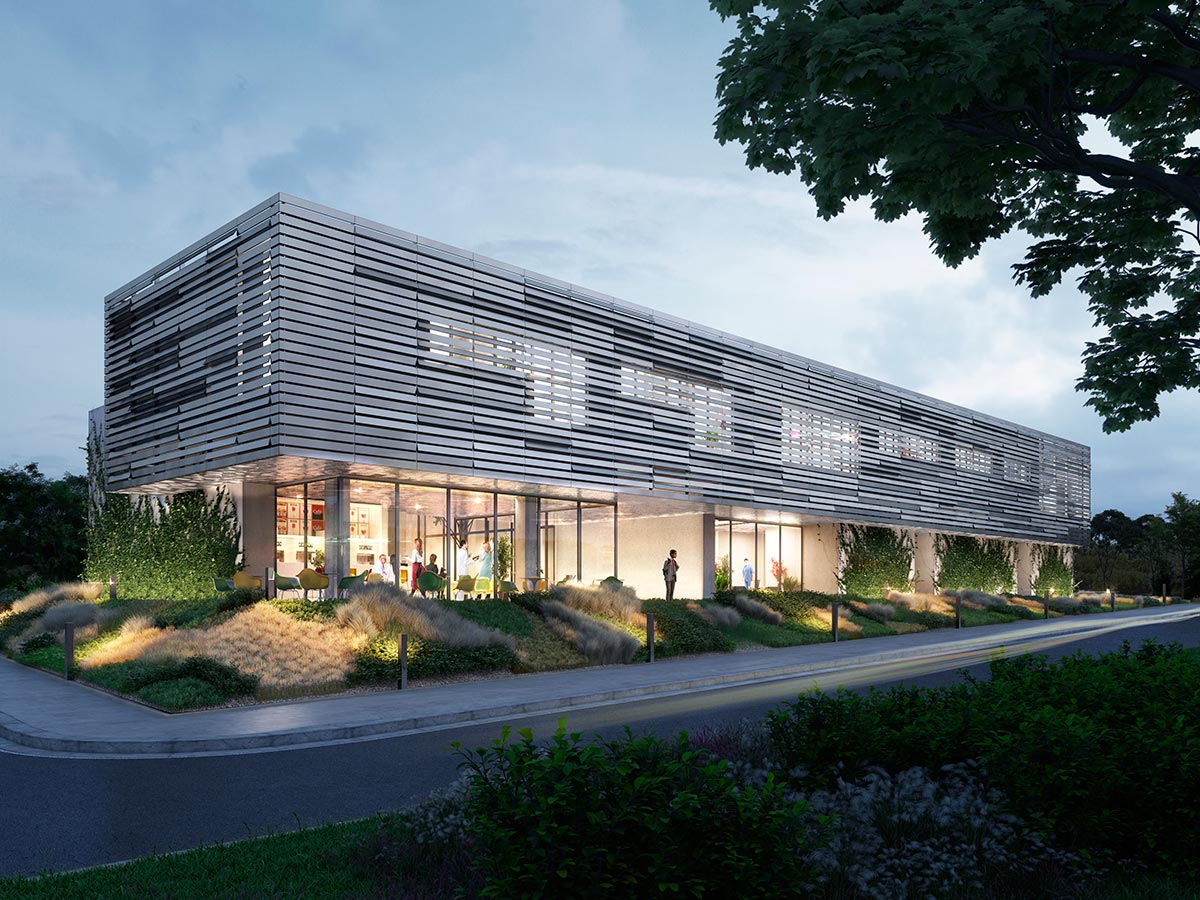 The Diputació de Lleida is responsible for convening the restricted architectural competition for the new building of the surgical teaching of veterinary services of the University of Lleida. Five invited teams presented their proposals for the design of the new building located in Torrelameu, Lleida. 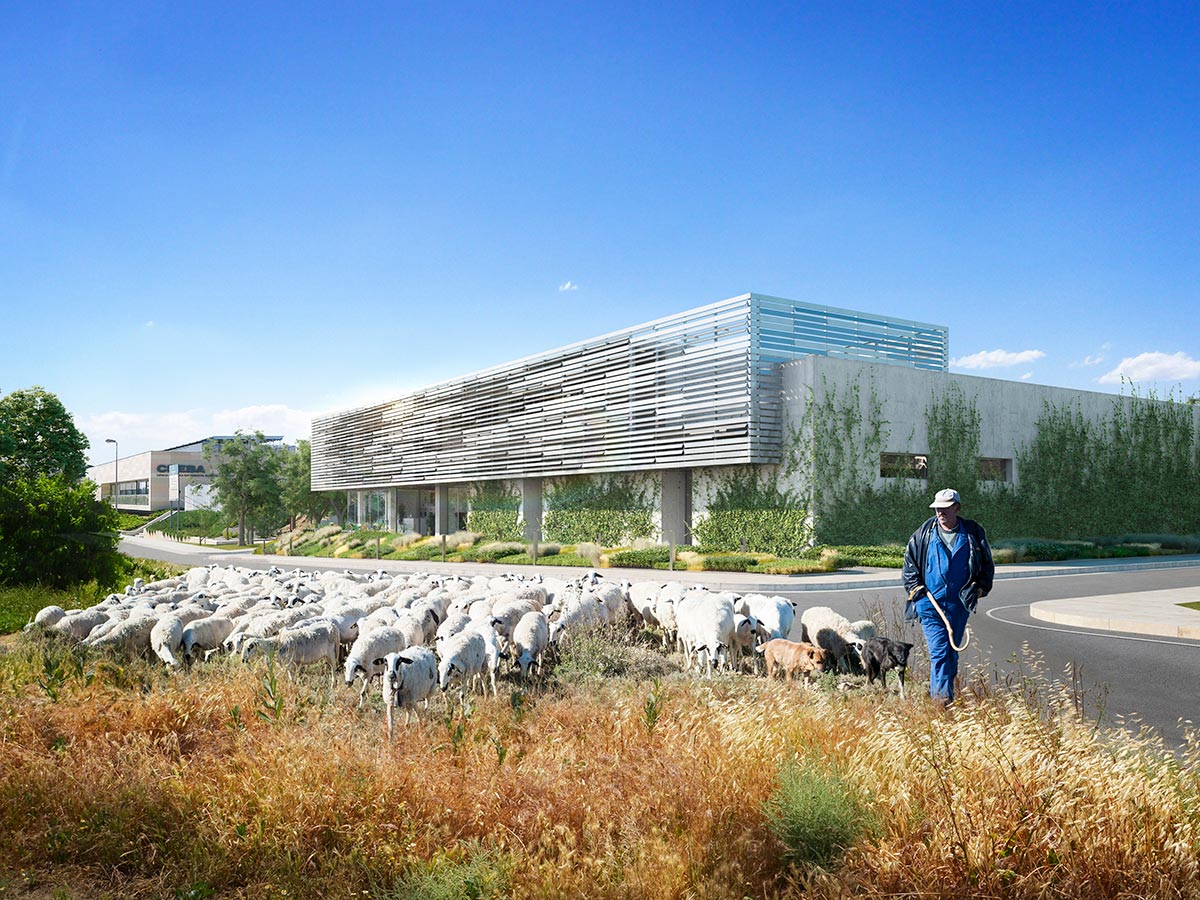 Main idea of the proposal seeks to achieve a conceptually unified image of the whole. A building in harmony with its environment, both at the landscape level as built.

It aims to give continuity to the landscaped slope that serves as a filter between the building and the public sidewalk. Likewise, integrates a technological and scientific building in a rural landscape so characteristic of the Noguera area.

Formal and volumetric layout responds to the development of the internal operation scheme. The project proposes two orthogonal flows, one parallel to the façade reserved exclusively for access of people (teachers, researchers, students, etc.). The other flow goes perpendicular and it will go to animals to be treated.

From the architectural plans, we begin to model the building in 3D. With the basic volume modelled, different cameras were placed to find the point of view that best explained the proposal.

From here we want to congratulate the team of Arqcoas since they won with the first prize of the architectural competition. Congratulations to the whole team!