Architectural visualization of a villa in Marbella 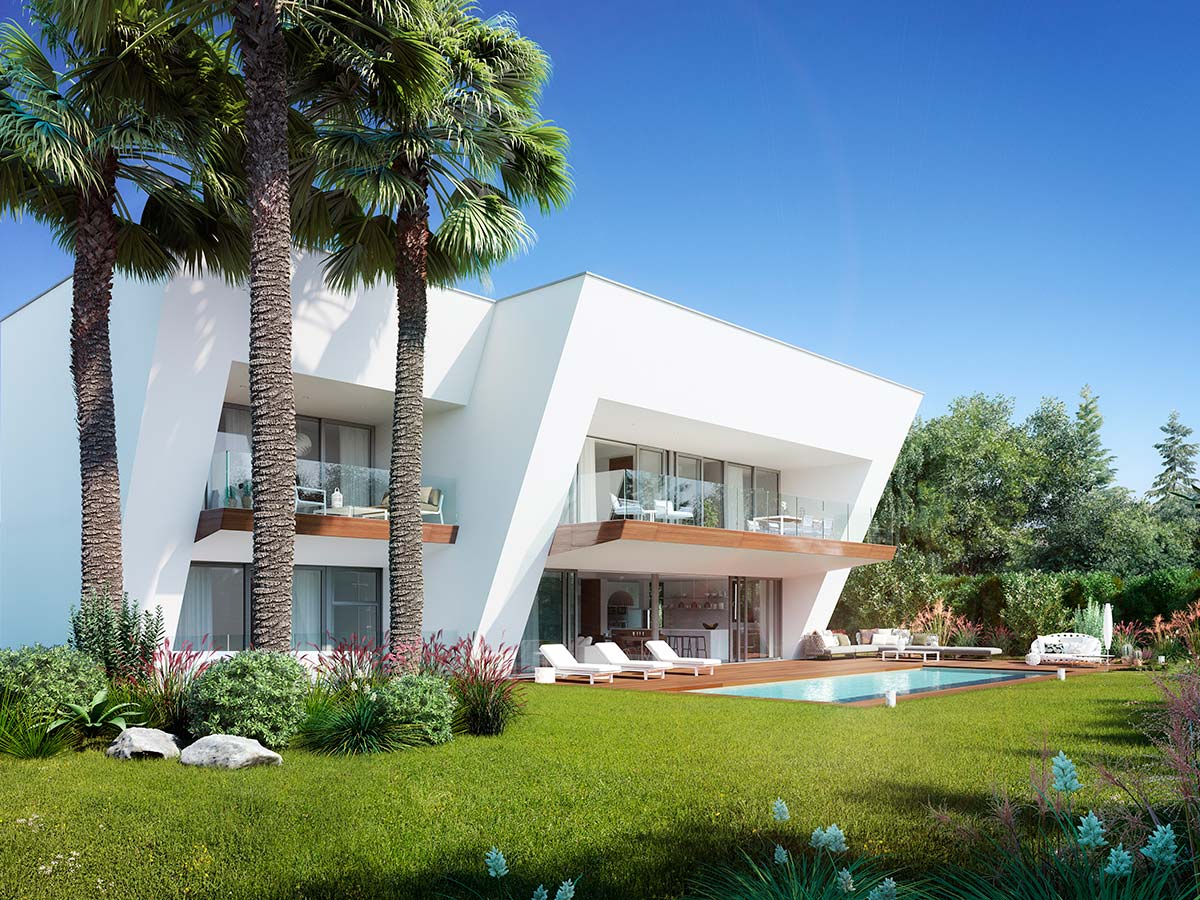 The architectural visualization of this week take us back to Marbella. This time it is a detached house located in the district of Camojan known for hosting many luxury villas

The commission included an exterior architectural rendering and four interior visualizations that show the main rooms of the villa as the living room, the kitchen, the master bedroom with the ensuite bathroom. 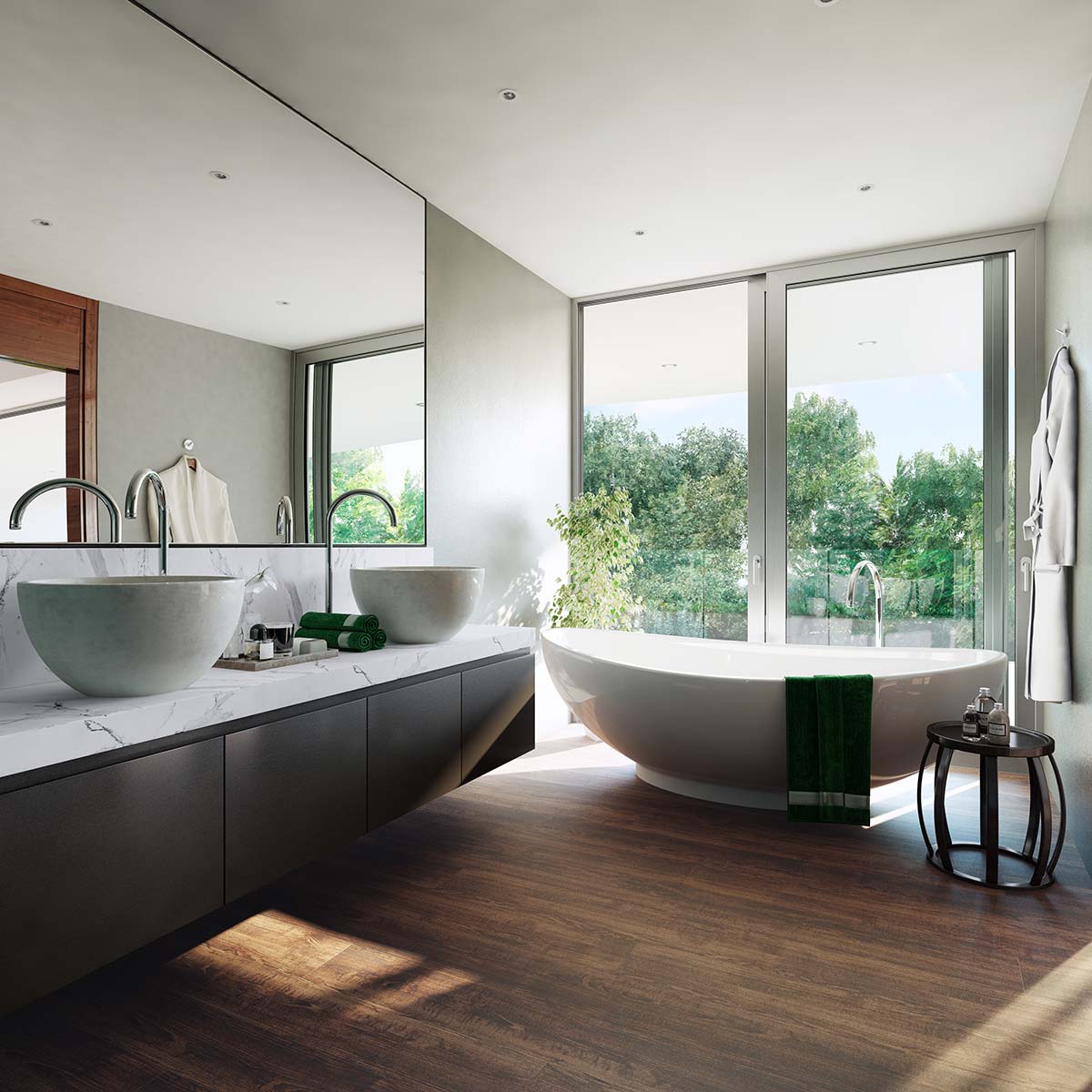 Currently the plot has an existing dwelling, which will be demolished leaving a free plot ready for the construction of the new villa preserving the maximum original items of the garden.

It is a villa that is notable for its facade volumes. A trapezoidal shape and ascending level that emerge over the pool of the ground floor. Both downstairs and upstairs the large glass panels create a continuity between the interior and the exterior of the house, especially on the ground floor which gives access to the garden of the villa. 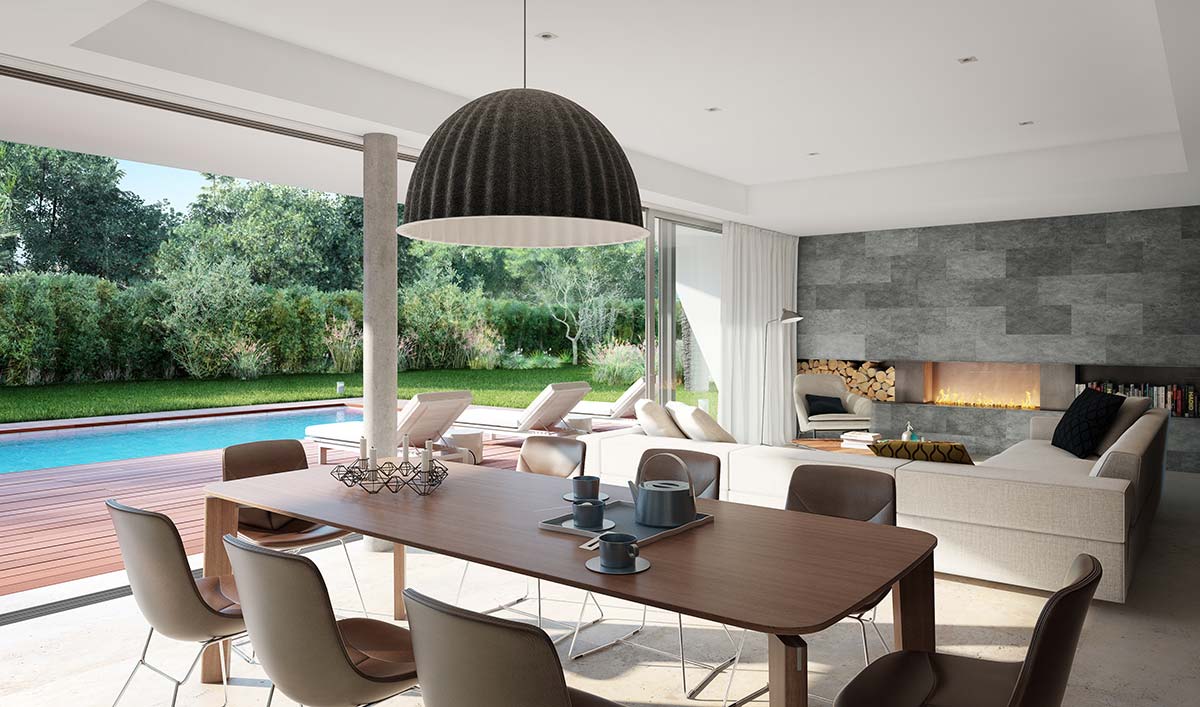 Several tests were done to find the best views for use in the architectural visualization. Once the frames were approved by the client we proceed to liven up the scenes.

The architect of the villa was who mark the style of the architectural visualizations. He collected several reference images that were really useful to achieve the style sought.

In the reference images we detected the use of brown tones for both walls and furniture and also for the decorative objects.

The images were mostly in daylight in order to highlight the brightness of the rooms of the villa. Except the bedroom that was the only room that was done at night to get more warmth through the different artificial lights placed.

Both the architect and promoter of the house were very satisfied with the work done. These architectural visualizations will be used for the marketing of the villa.