The real estate market is once again in a moment of climax. New real estate developments have been launched during the last year, with a higher increase in the Balearic Islands. 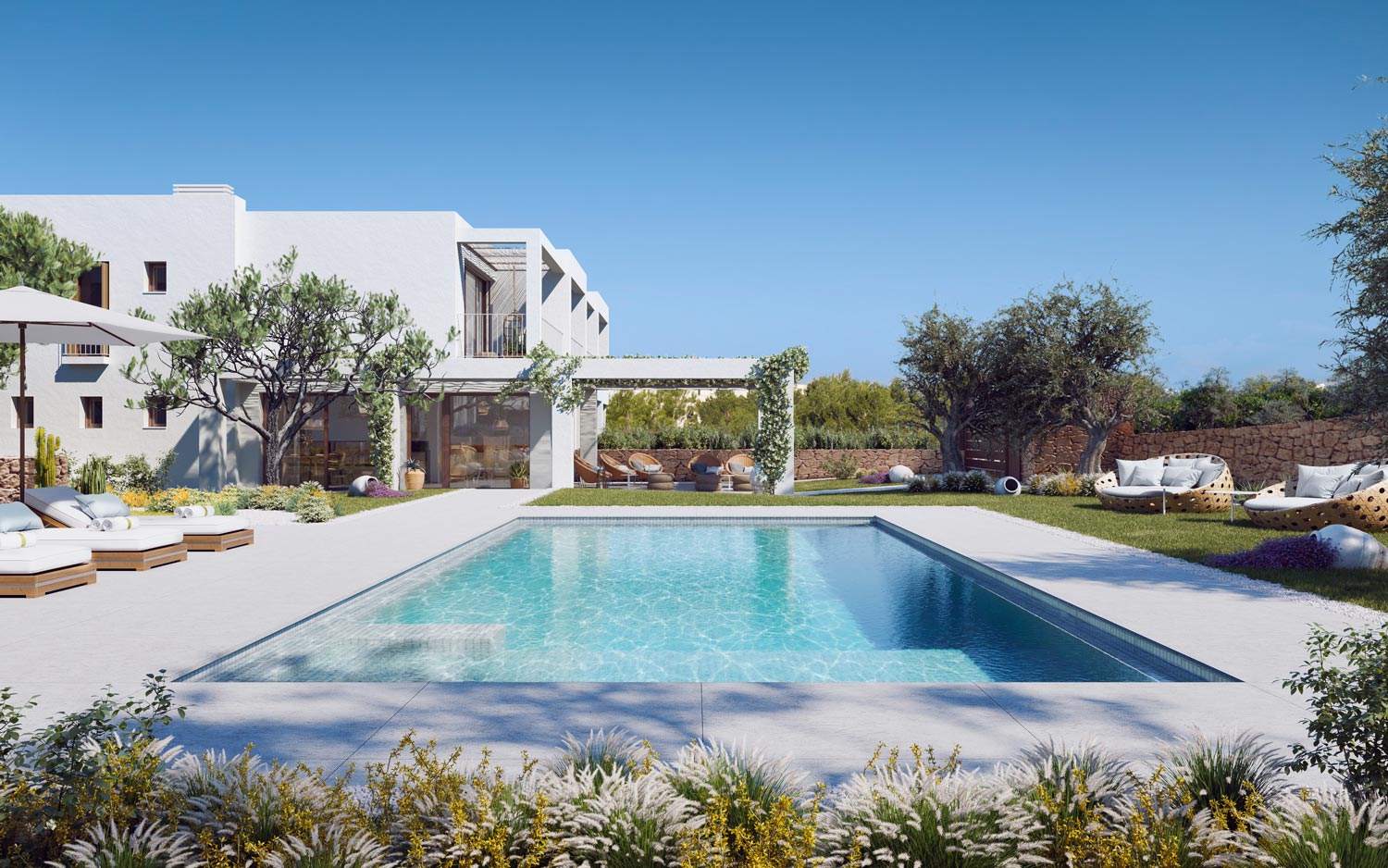 To start marketing, it is necessary to have a striking marketing material with which to attract potential stakeholders. A coherent material, where the renderings accompany and help to understand the descriptive text. 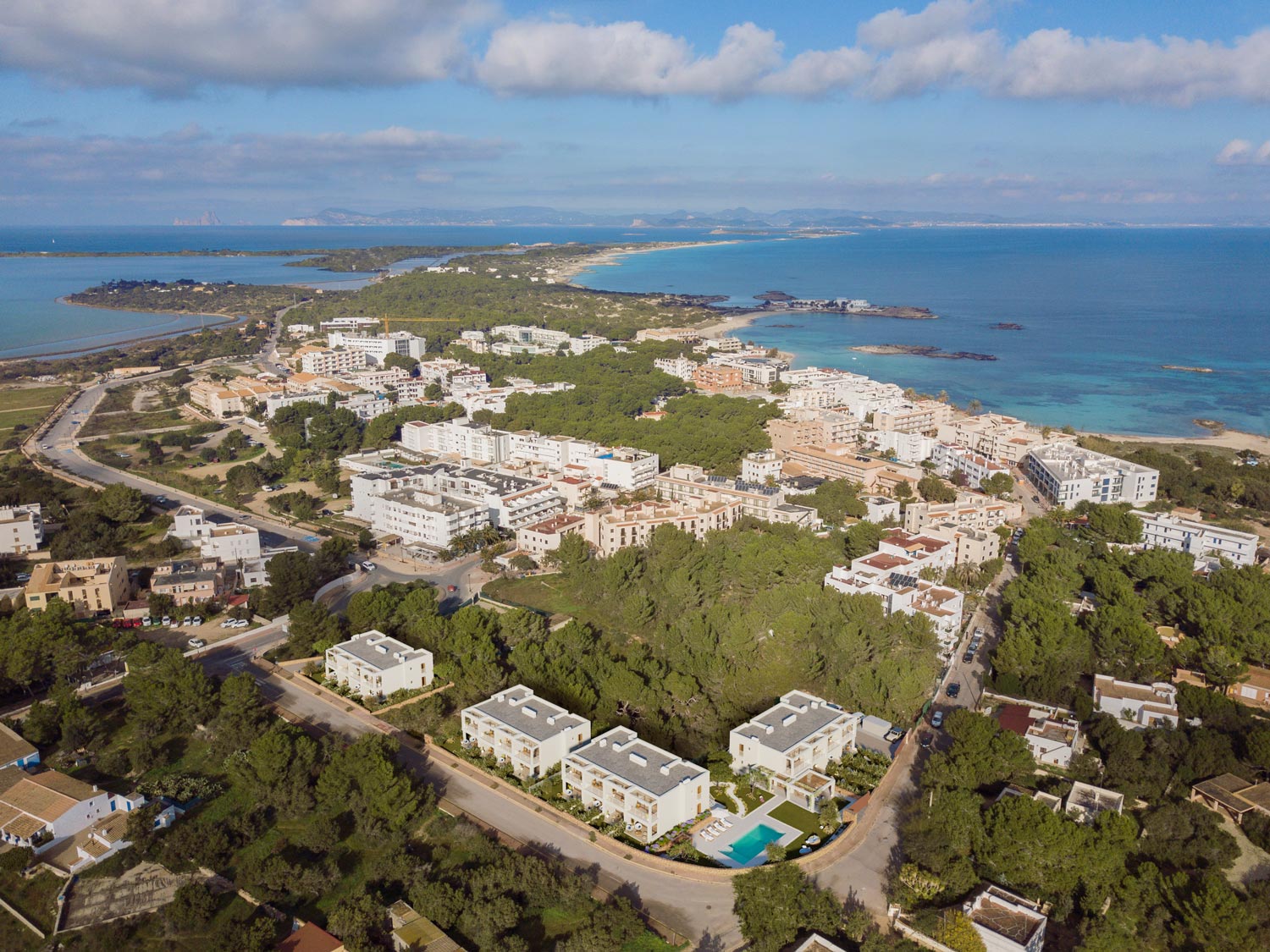 The real estate developer Mar Capital trust in us to develop the commercial brochure of some new tourist apartments on the island of Formentera. The work included the creation of the naming for these apartments and the development of all the contents of the brochure. 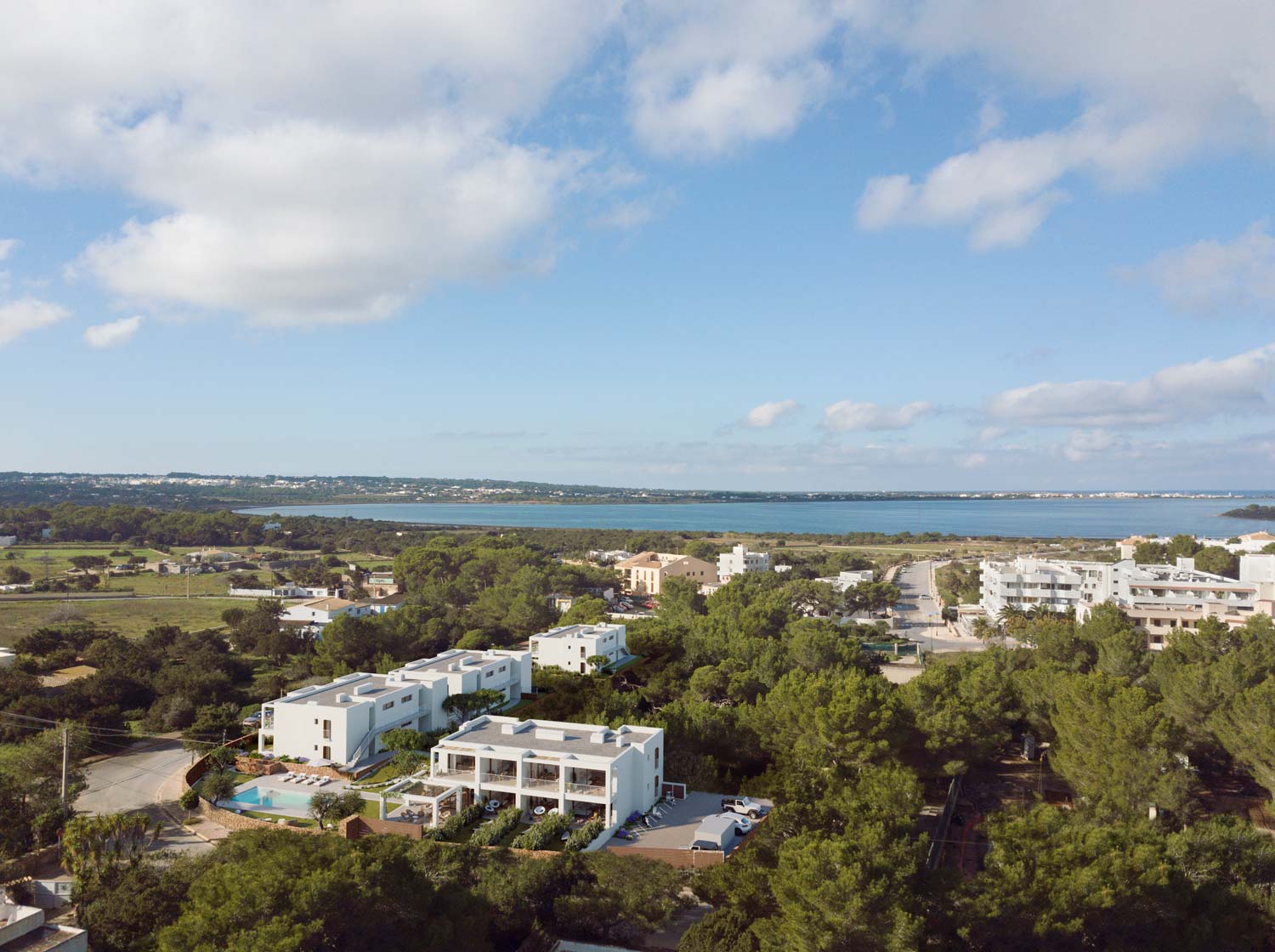 After several brainstorming sessions, we finally decided to call them Punta Prima apartments. An indigenous name of the island, but easily pronounced in other languages. A recognisable naming linked to the history of Formentera. 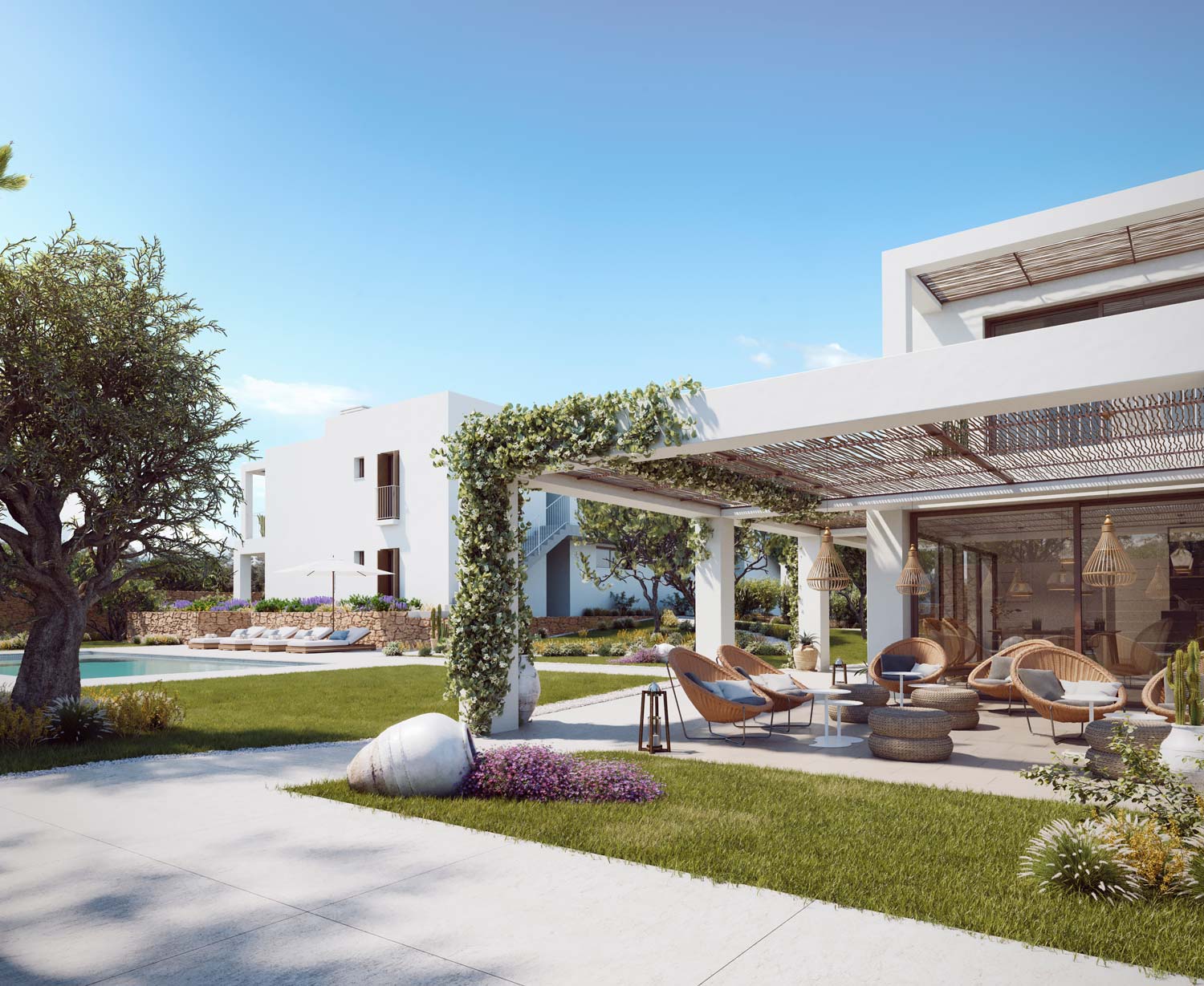 The brochure included eight renderings of the resort. Some renderings where lighting played a key role. We opted for daytime and typical Mediterranean lighting, an illumination in which stand out the distinctive colours of the Balearic island.

We sought to integrate the renderings into real photographs of the area. A drone took the photographs showing the proximity of the apartments with the sea. This graphic material was used to locate the development with the main attractions of the island. 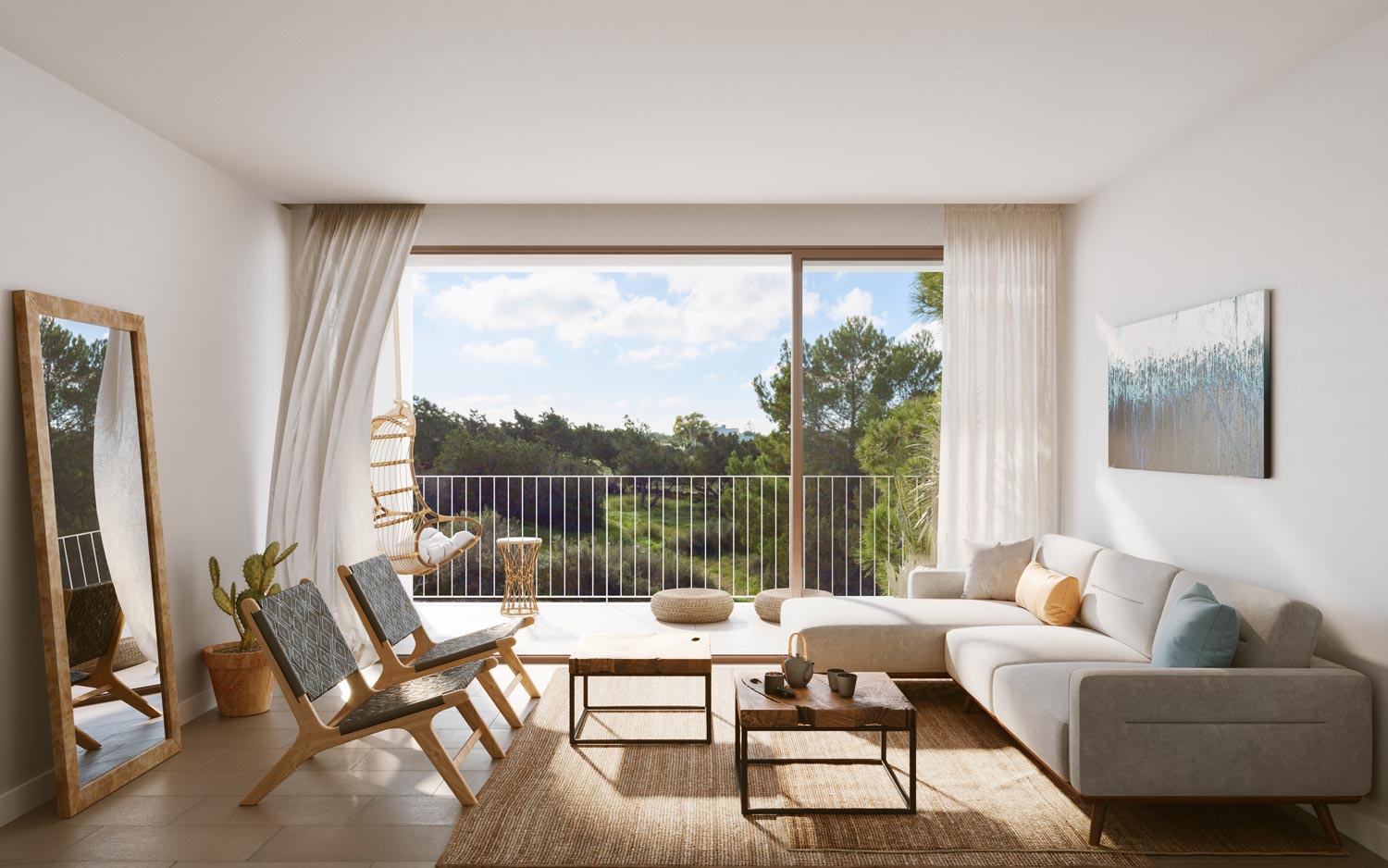 Intending to look for the best aspects of the project, we developed the architectural renderings. We located the most iconic corners of the project, the exterior areas as major protagonists. The pool becomes the great centre of attraction of the project. A quiet space where you can relax on vacation. 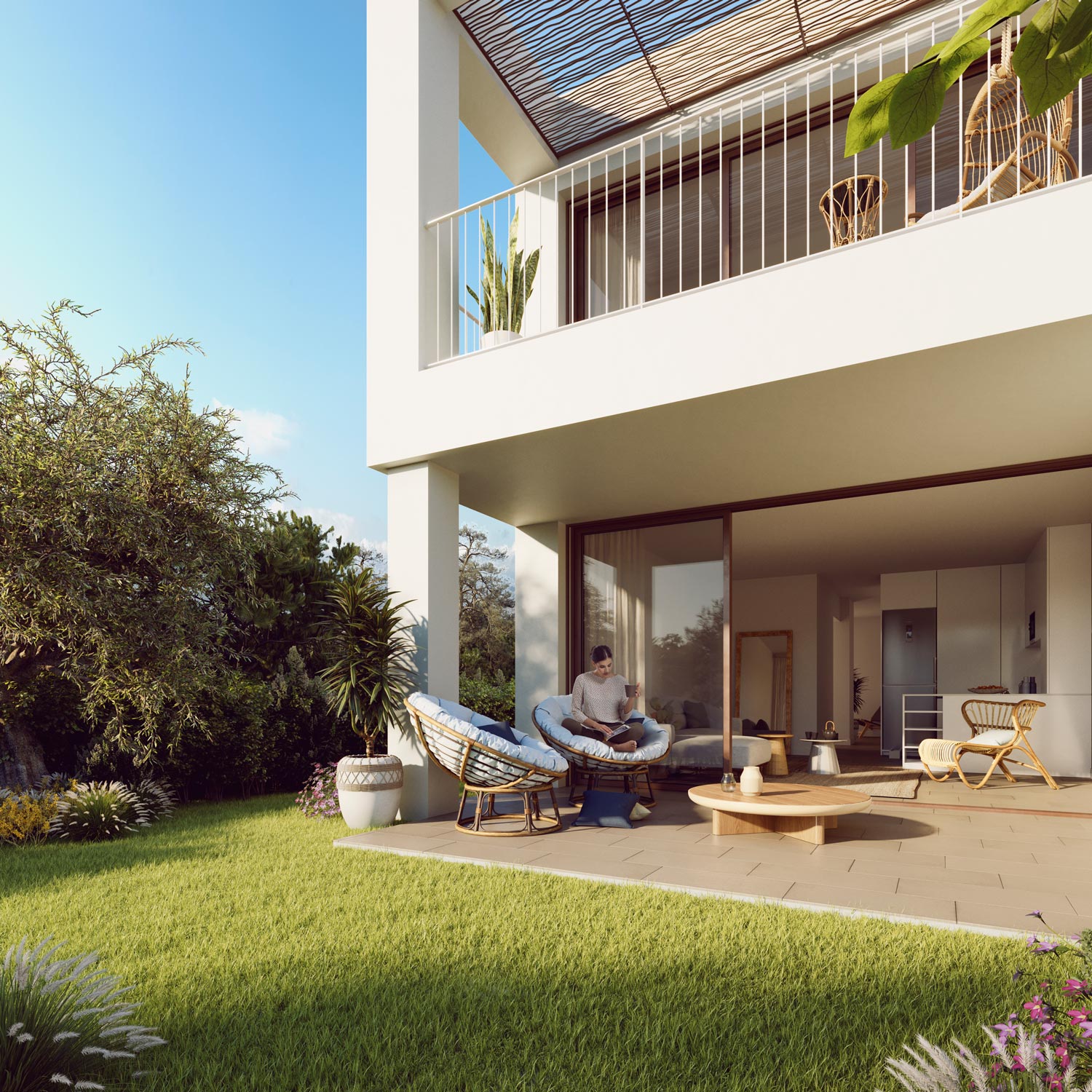 Once chosen, we take care of the landscaping. We create a beautiful garden where future customers could imagine themselves spending their summer vacations. To increase that feeling, a character was placed in which the future client could be reflected. 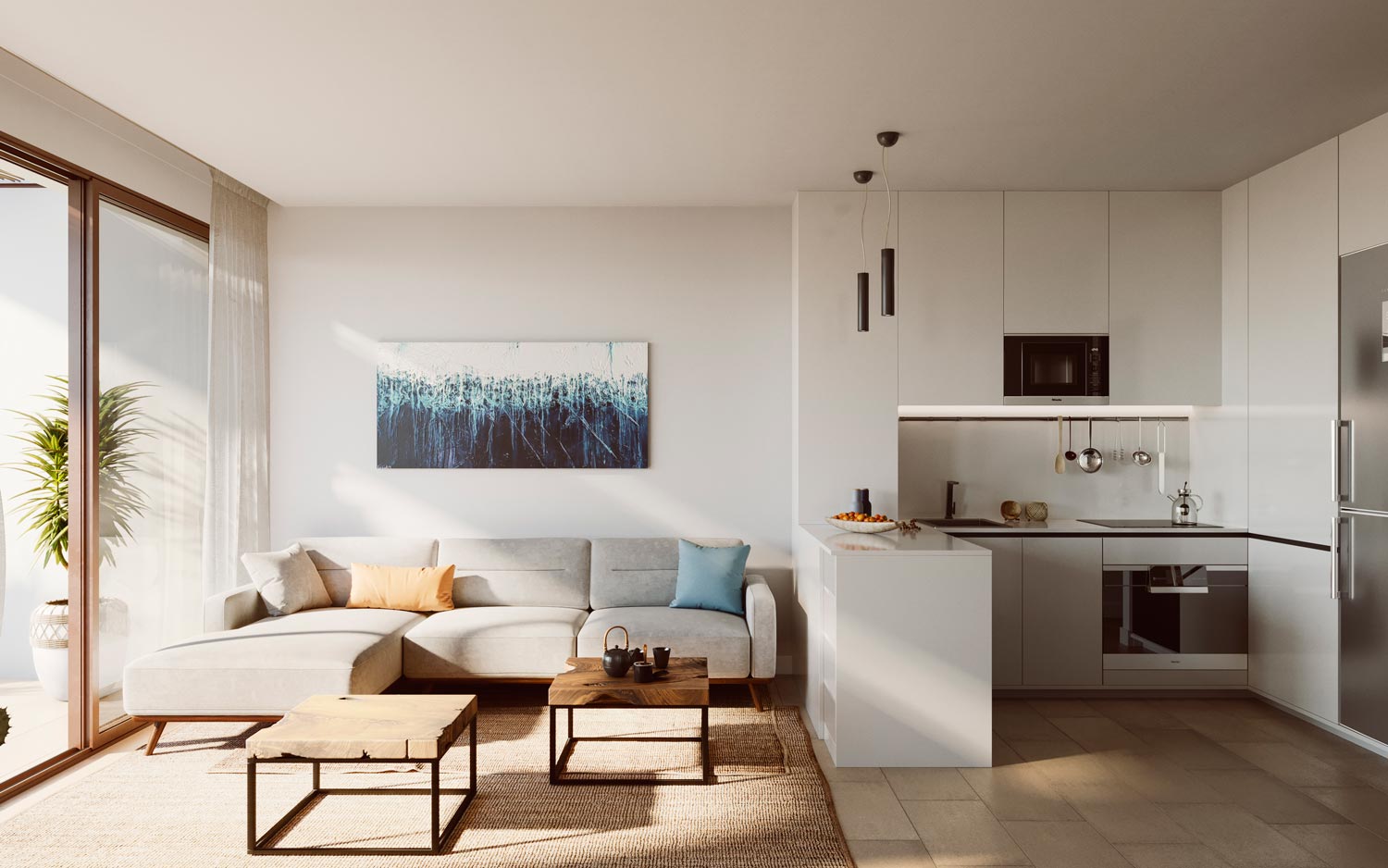