Concept design and visualizations of the Senzo Hotel 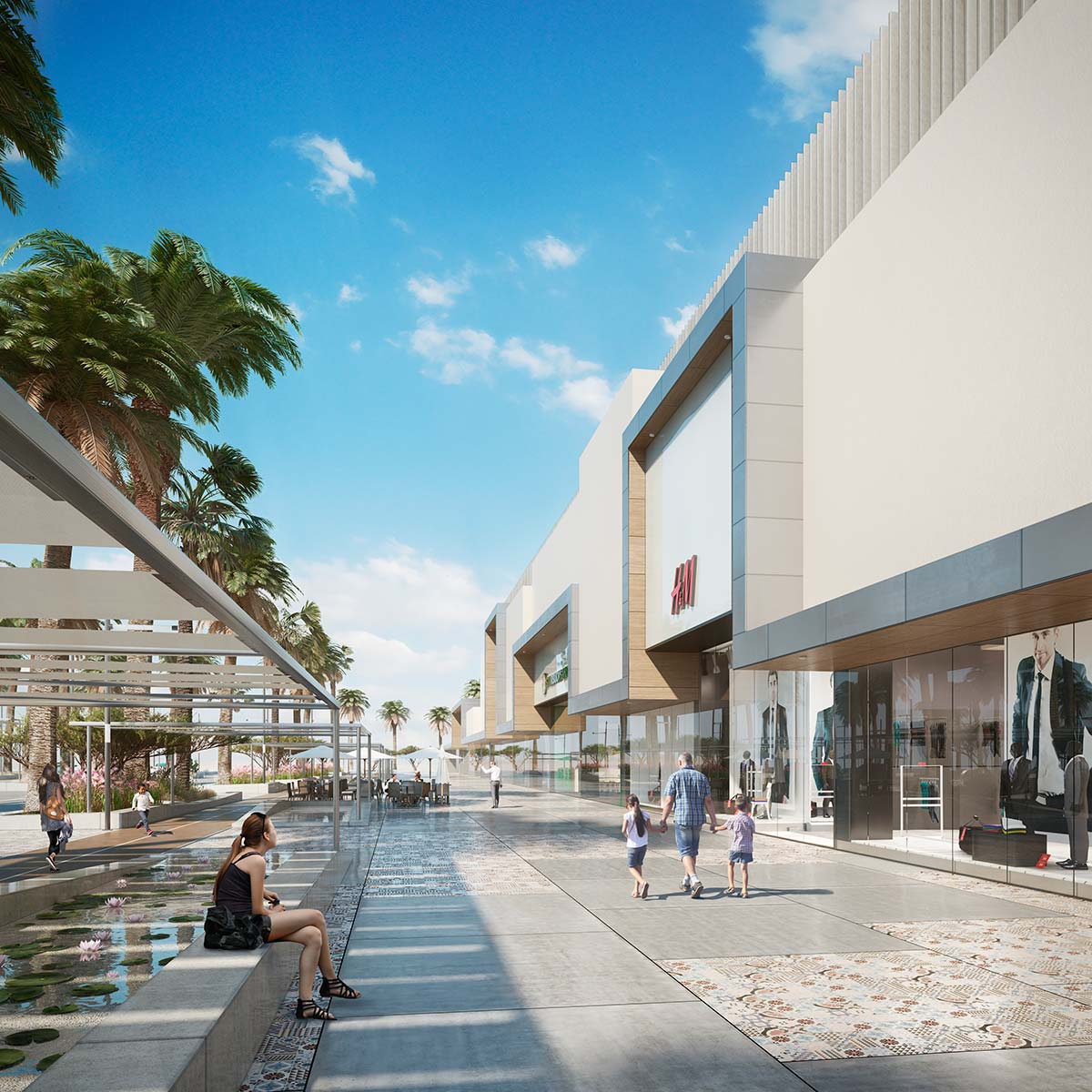 After producing the interior design and visualization of a restaurant in Hurghada, Egypt, the client was so pleased with the work done that expanded the commissioned. 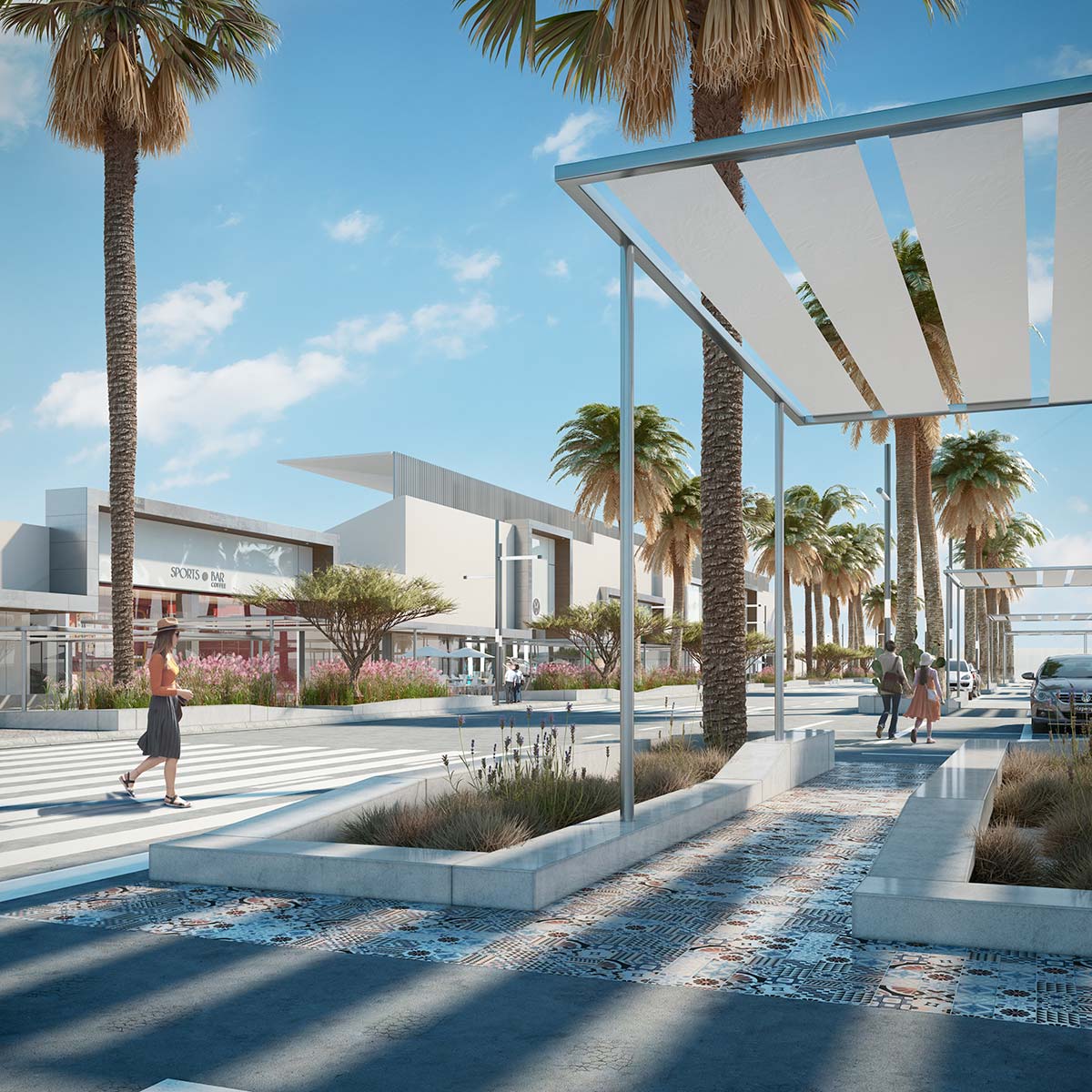 The area includes a hotel which host sports teams that spend long periods in the city in training. Complementing the hotel, a commercial area is located in the ground floor and in the upper floor a sports courts. 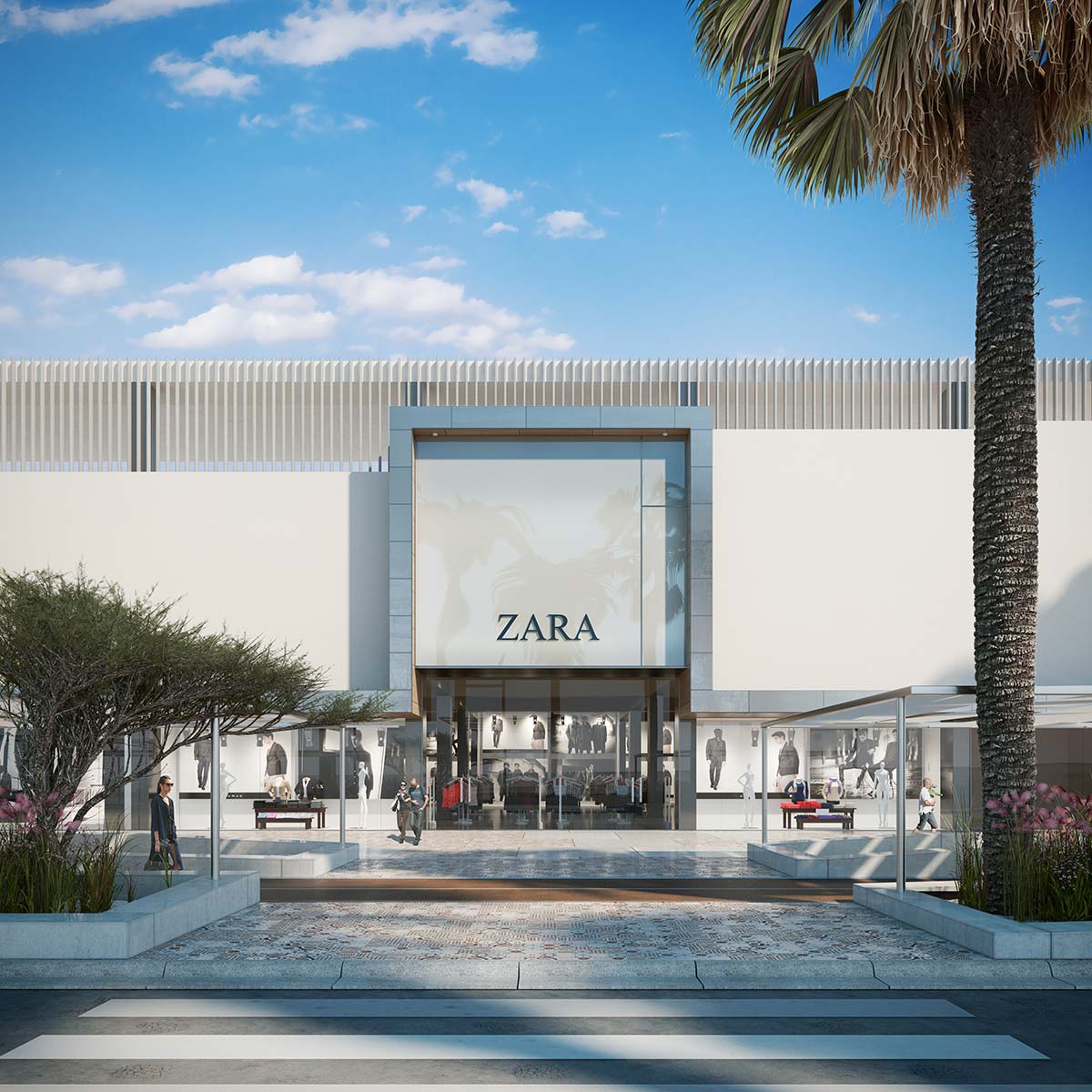 The assignment included the design of the facades of both the hotel and shopping area as well as the development project of the promenade and the management of the access to the complex. The second committed phase included the production of eight visualizations that show the proposal. 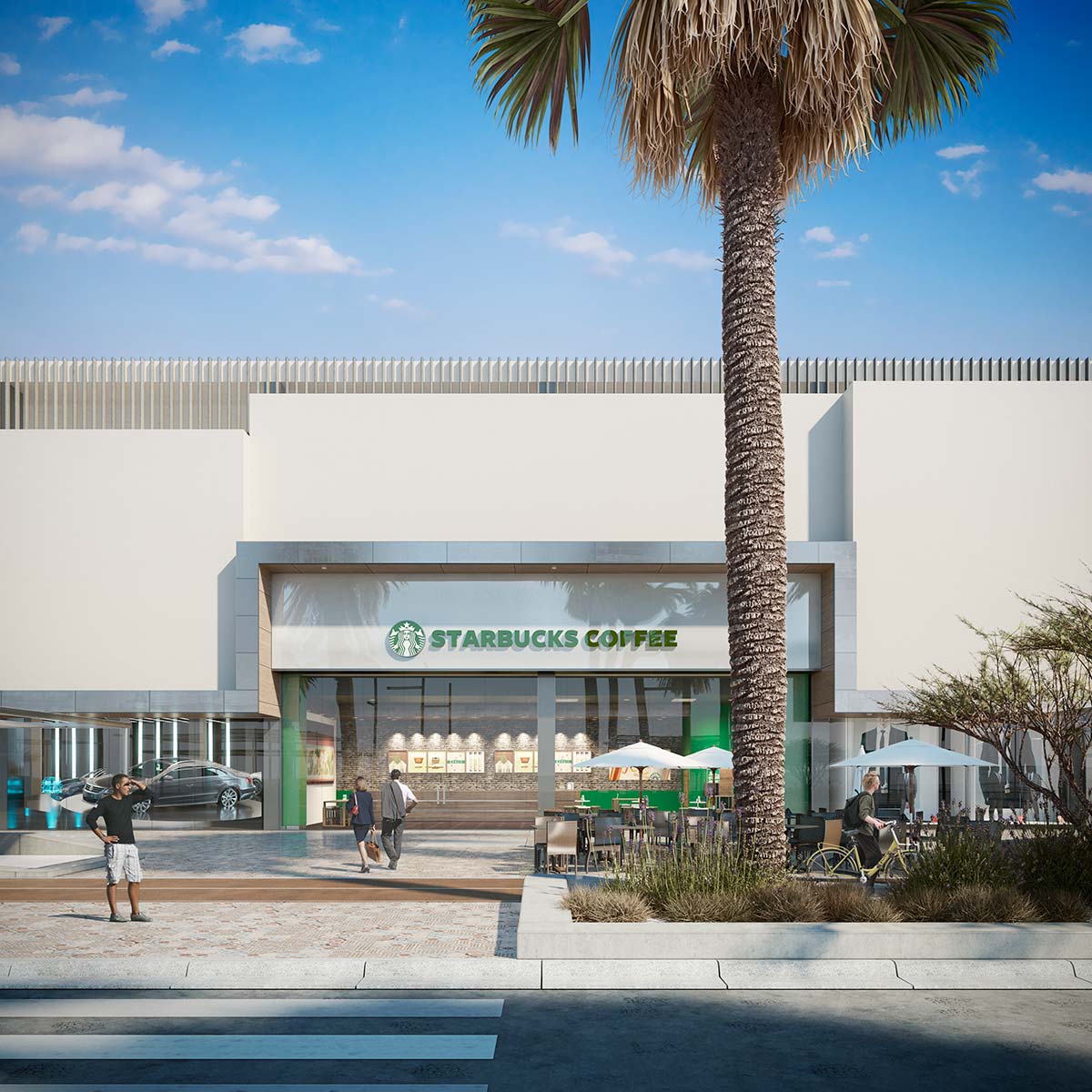 Once the client approved the design, we proceeded to perform the architectural visualizations of the proposal. One of the requirements to develop the visualization of the shopping area was to show the brands that will be present in the building and their access.

For this second phase, we perform various tests of views that show the attractions of the proposal. For the shopping area, two views were foreshortened showing the urbanisation and the building. To show the premises where the brands will be present we opted for frontal views. 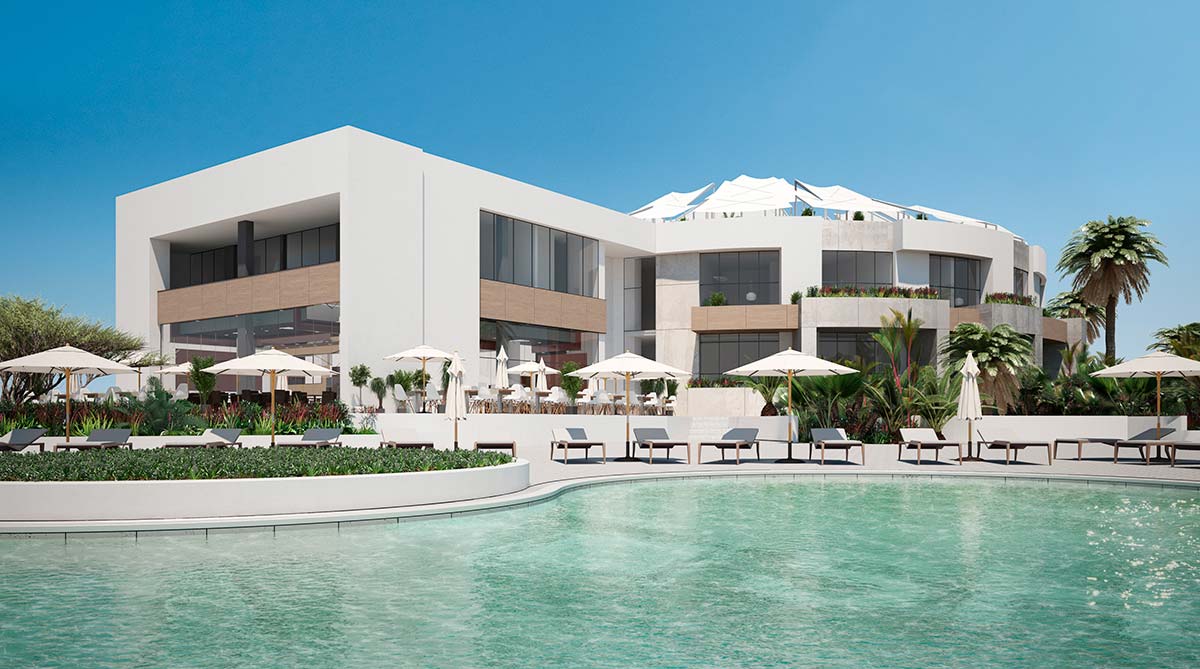 It was decided to make images in daylight since the use of the facilities will mainly be daytime. With the exception of the hotel entrance, since a sunset lighting makes a classy rendering. 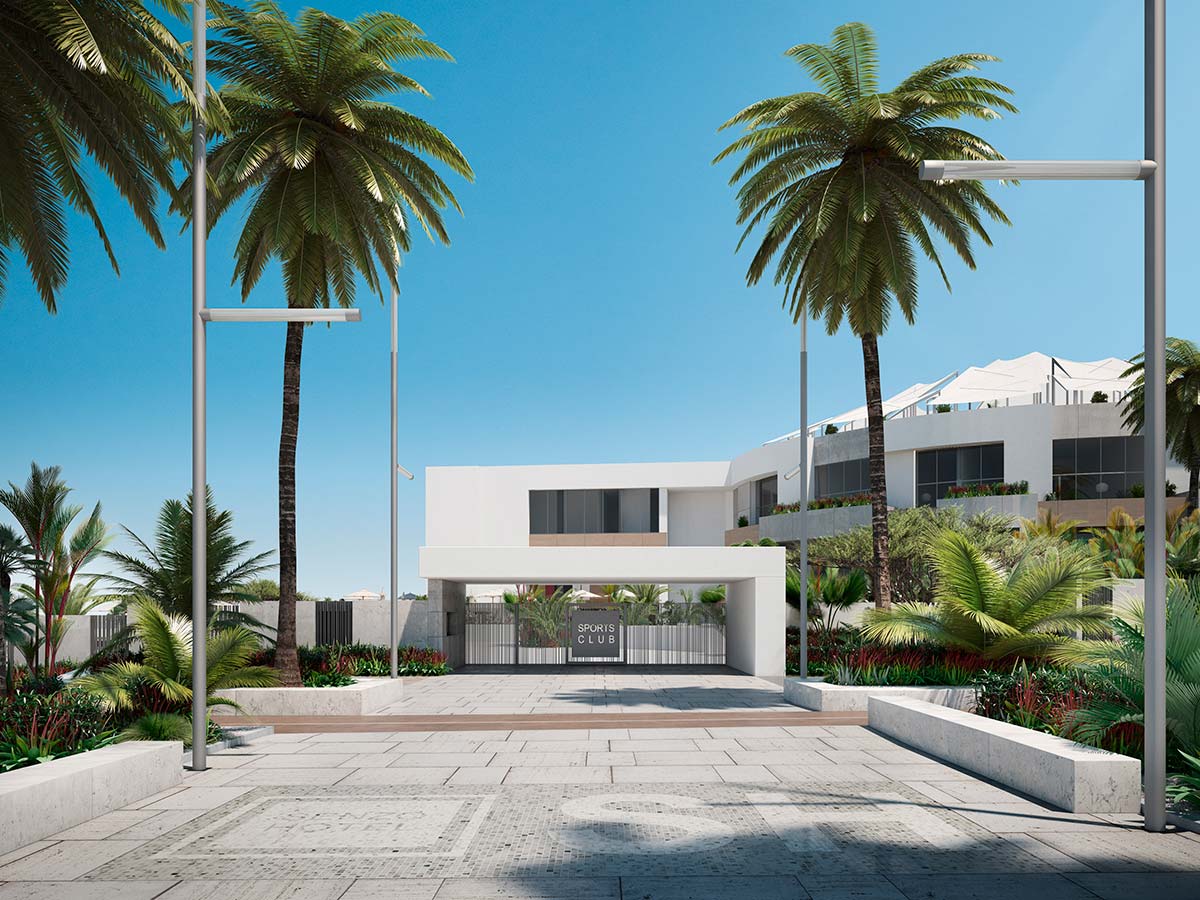 With the frames defined, files were sent to render. To finish the assignment, we proceeded to post production. The intensity of the light, the colour contrast was modified and added people to make more real the architectural visualizations.