Interior architectural visualizations of a building in Lisbon 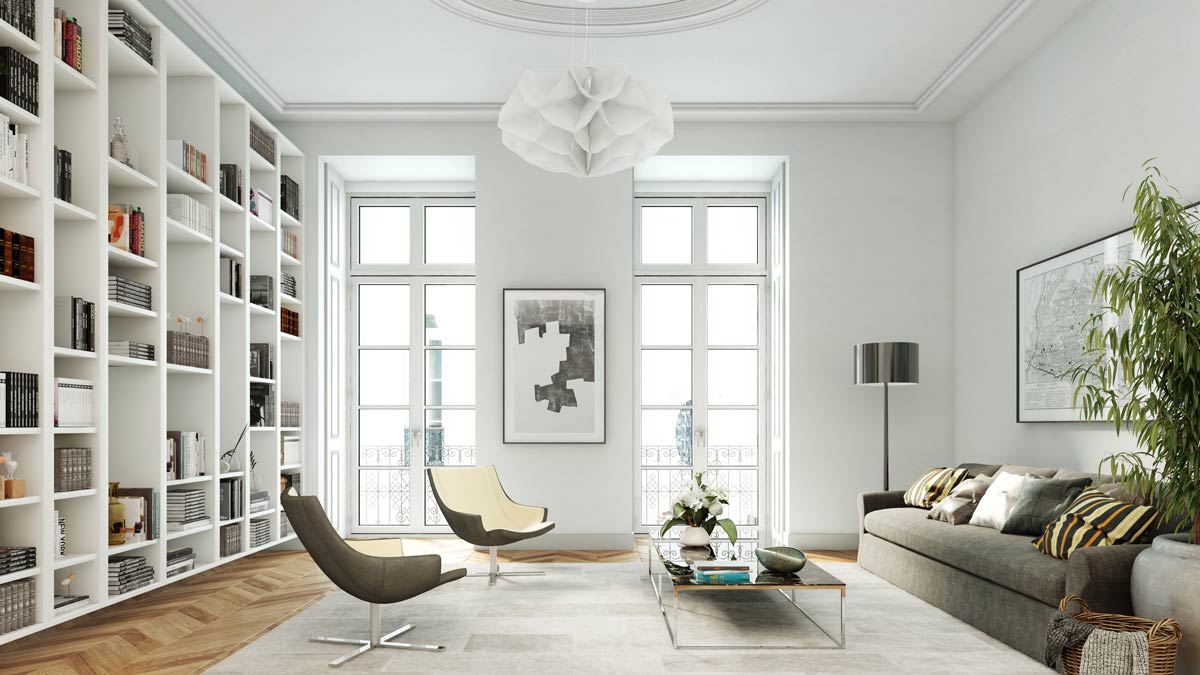 Today’s architectural visualizations take us to Lisbon. The Lusitanian capital has a large architectural heritage. Many of the buildings of the city center are in poor condition so it is undertaking an arduous refurbishment work trying to preserve as much as possible the original elements. 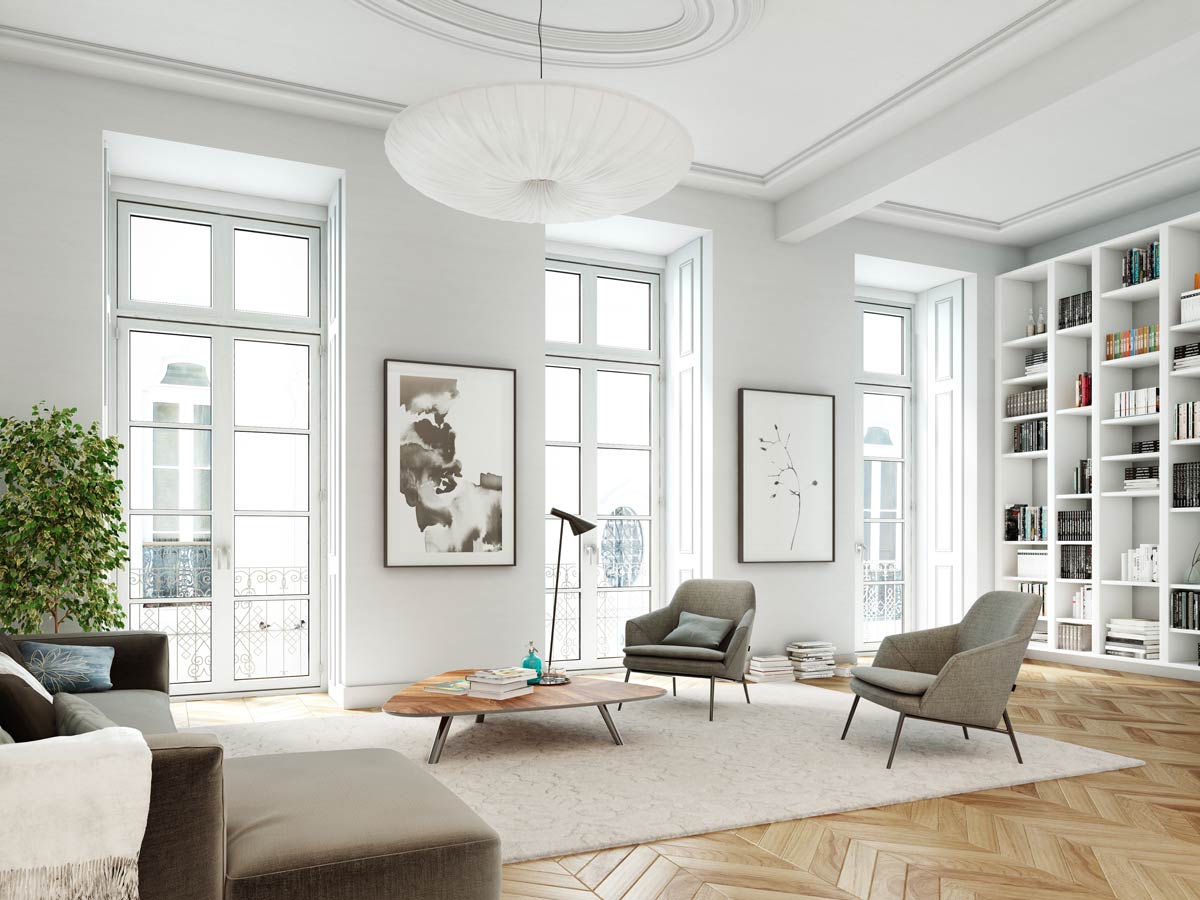 A group of British promoters is immersed in the refurbishment of one of these buildings. To start the marketing of these homes they needed some architectural visualizations that entice the prospective buyers. 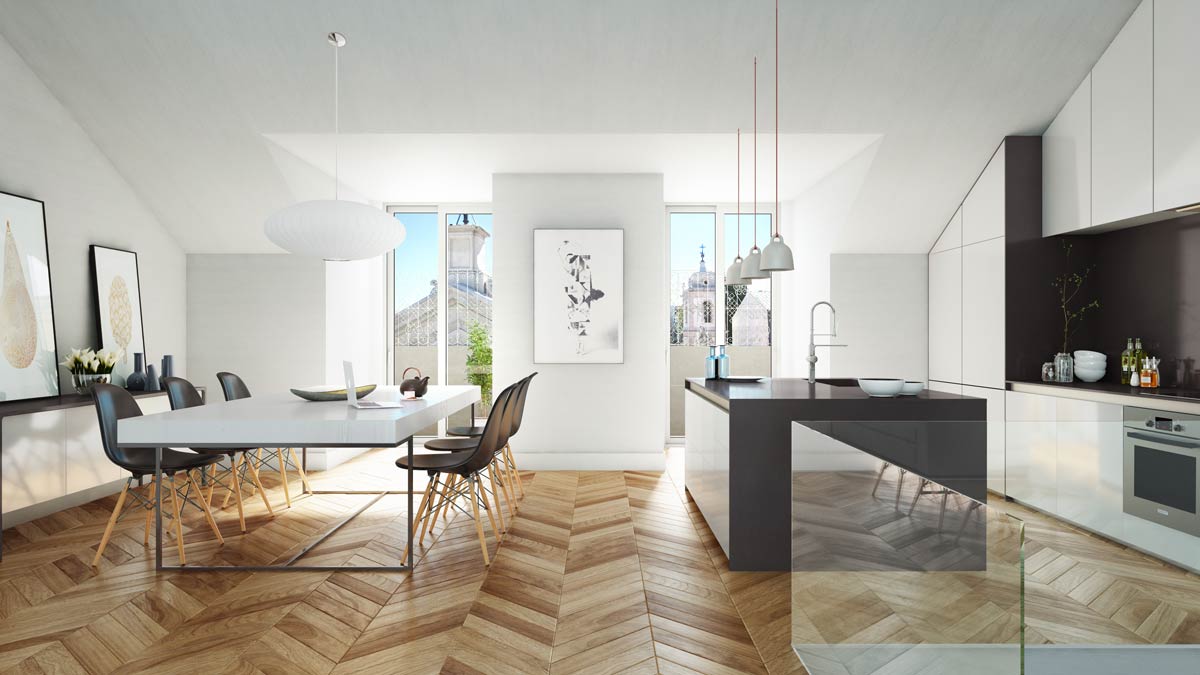 The commissioned included five interior architectural visualizations of the most representative spaces of the homes as the livings, kitchen, bathroom and one of the hall of the building. After gathering the documentation generated by the Portuguese team of architects we were ready to start working. 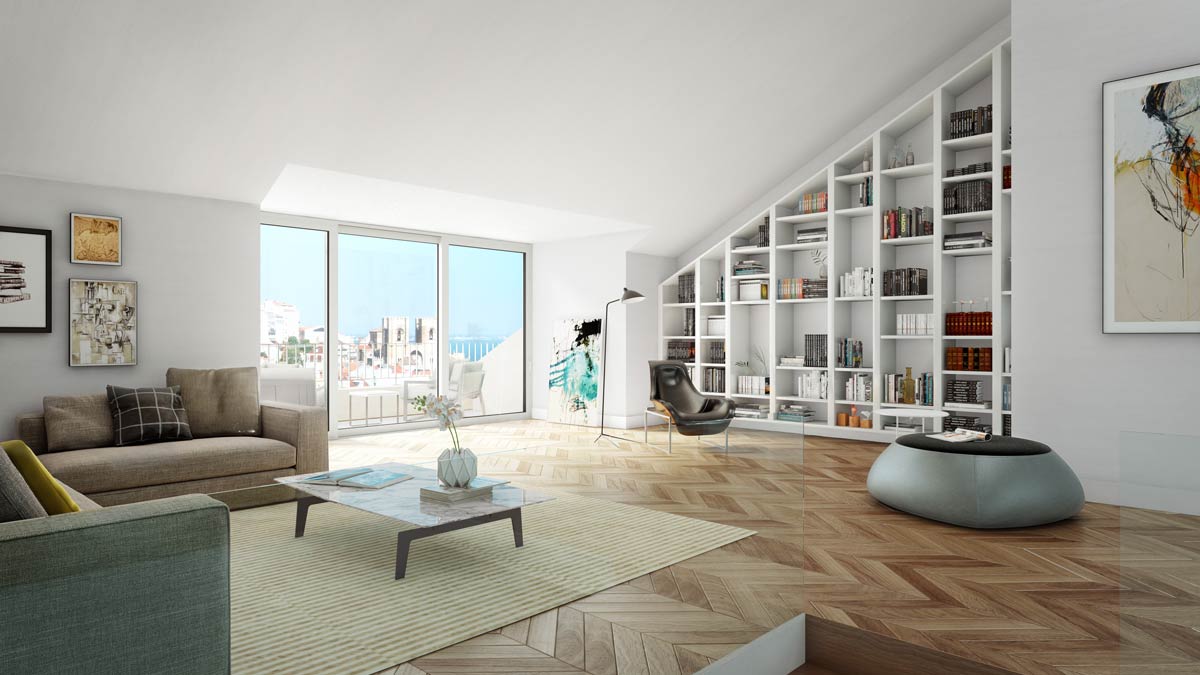 We modeled the spaces using the supplied plans. After this step, the materials of each element were placed and we proceed to lit the scenes. The client wanted a clean and sunny renders. Several test from different points of views were performed in order to find the best shots. Once the client chose the definite renders we star to acclimate the scenes. 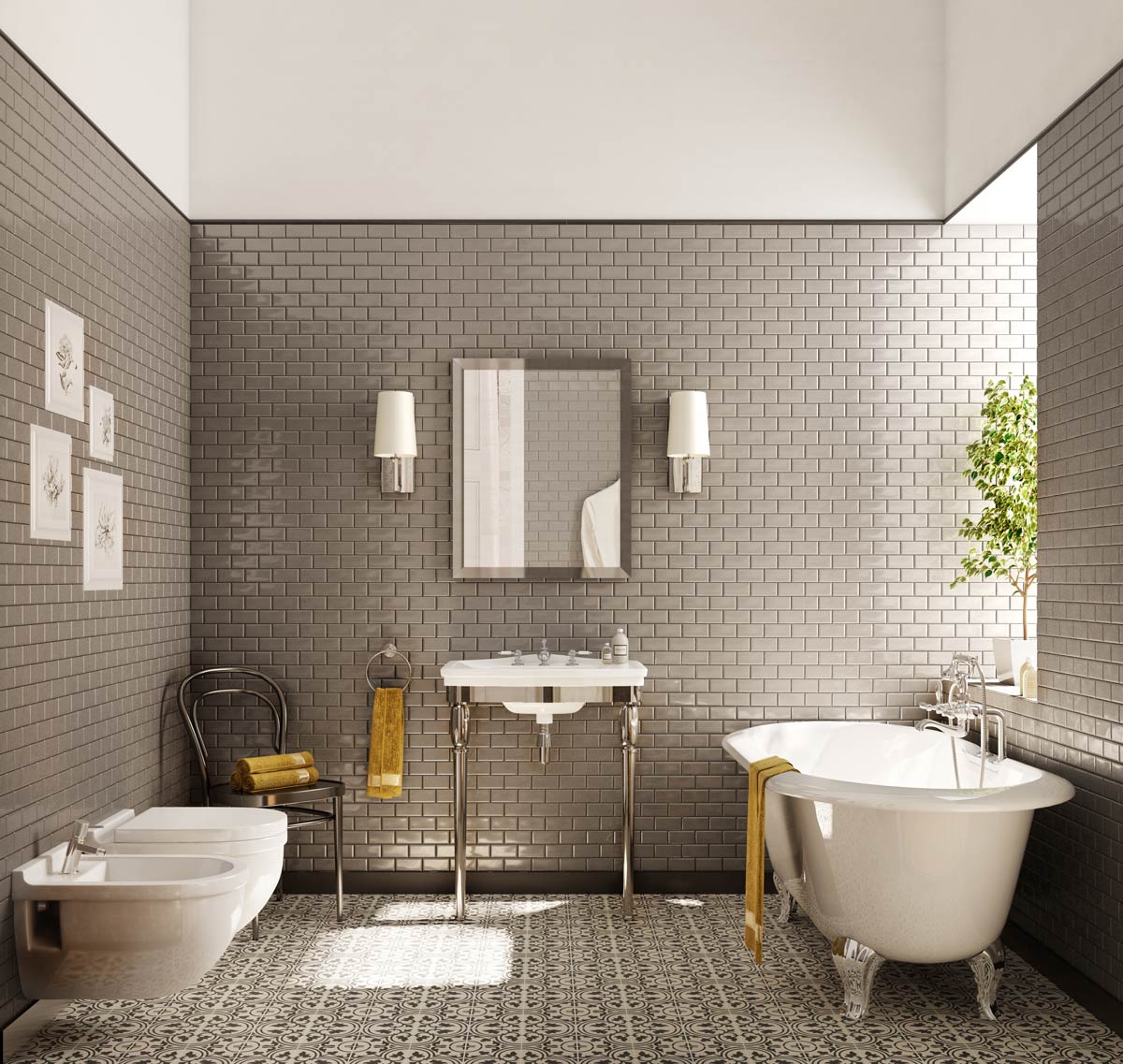 One of the features of this project is, precisely, to capture the perfect atmosphere in each space. In the absence of interior design project we only had specified the qualities of the materials of the house so we did the rest of the definition in house. 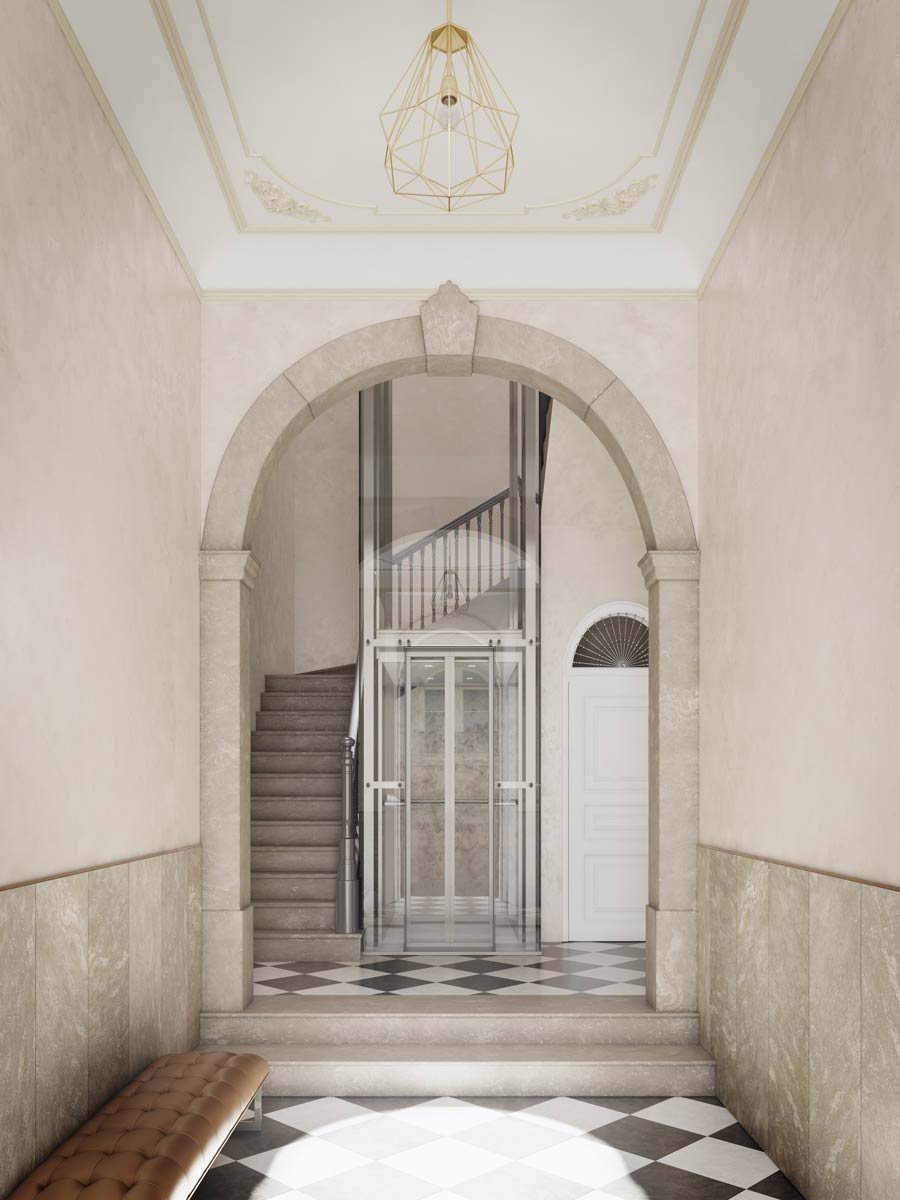 Several reference images were collected in order to find the style that the promoter sought. Having defined the style our team handled the interior design. The furniture was placed along with other decorative elements and the architectural visualizations were ready to be launched at full resolution.

The commission developed according to the plan. The different nationalities involved in the project did not involve any obstacle in the development of the architectural visualizations. It is encouraging to work with professionals from different countries in the same project and we hope to publish new projects of this same team.