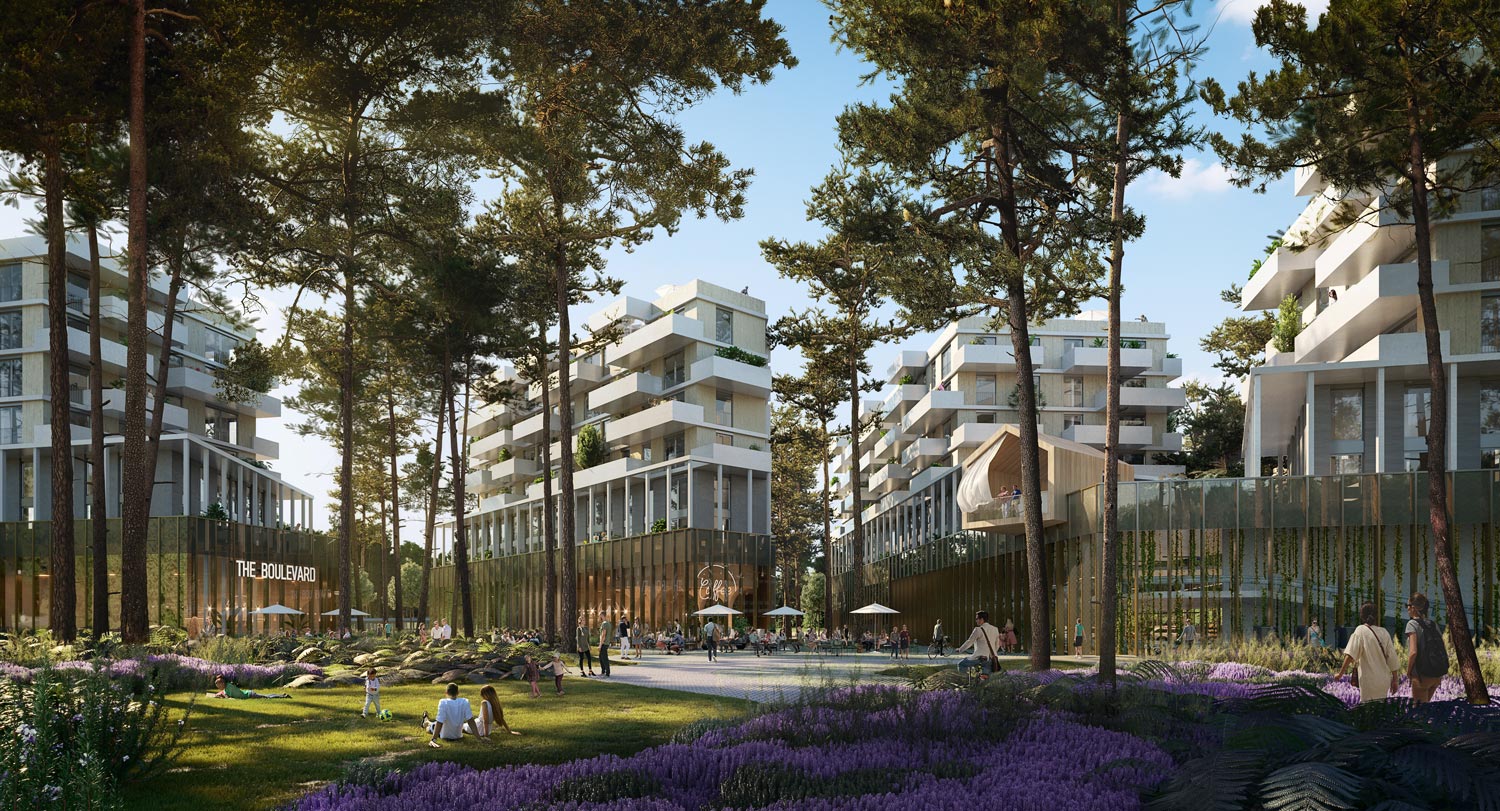 After a period of rest, more and more administrations are starting up new urban developments to improve their towns.

Architecture competitions are an essential tool when promoting new facilities by the city council. With them, a multitude of teams of architects are brought together to present their best proposals.

Of course, each of the proposals is presented with graphic documentation that explains the benefits of the proposed project. In order to reach all the citizens, the technical documentation has to be accompanied by some architectural renderings. 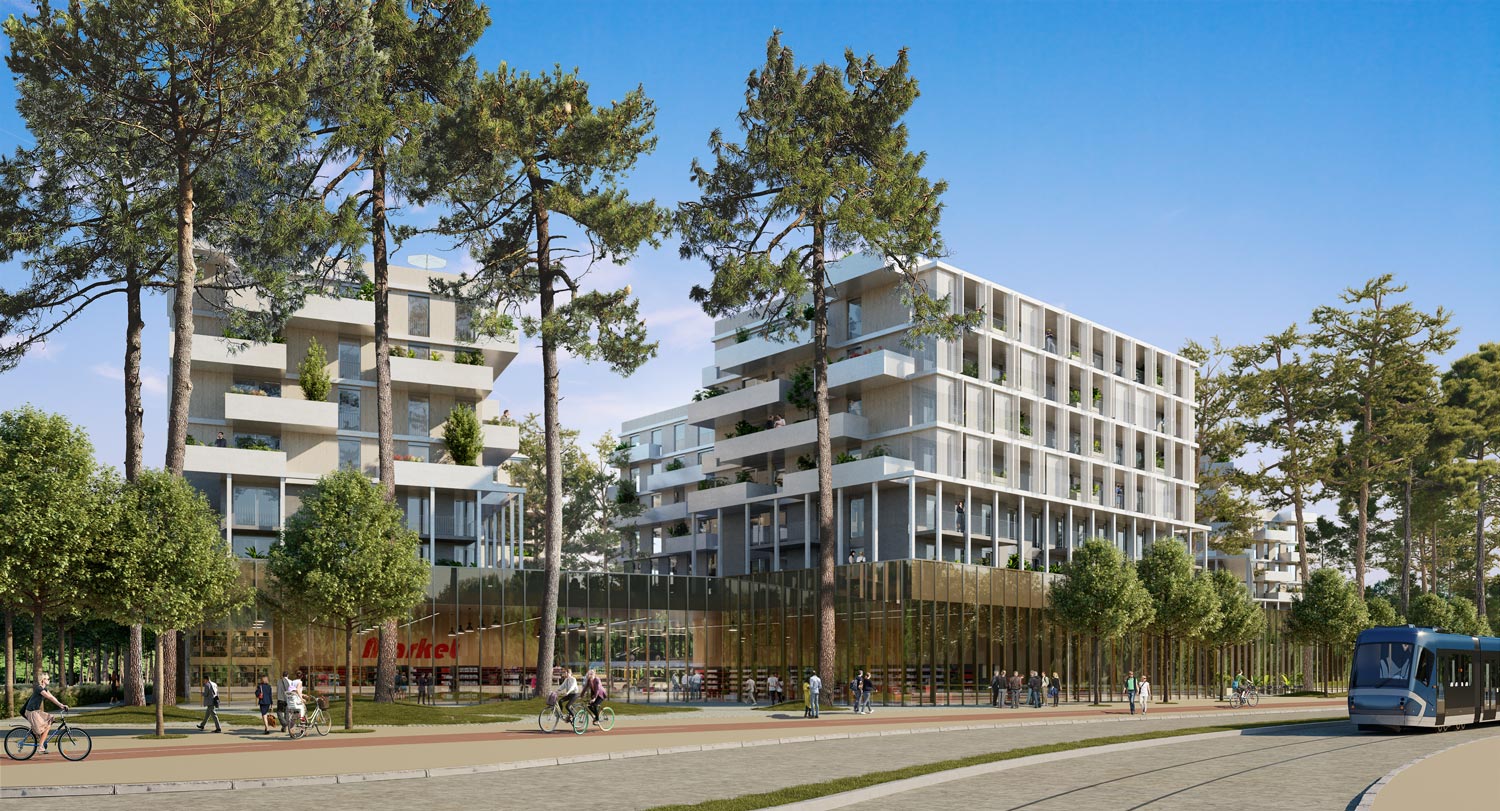 The architectural renderings manage to quickly and visually transmit the main ideas of the project. In this way, technical documentation that not everyone could understand is transformed into one that is accessible to anyone outside the architectural world.

The proposal put forward by the team of Laabo architects and atelier Godet Rabeqc responds to the competition launched by Nodi for the development of a plot situated next to the Merignac park in Bordeaux.

The proposal seeks to resolve almost 18,000 m2 of housing and commerce for the Merignac area through a renovation and densification of the site. It seeks to build an inhabited park that is extensive from the existing one and brings nature closer. The renderings had to show the integration of the proposal with the existing park.

A principle of horizontal division allows to generate a free public space on the ground floor, terraced houses connected to a hanging garden on the intermediate slab and collective plots above with inhabited roofs. The renderings had to show all the life that will be generated by the construction of the proposal.

We hope to show you the changes made in this last architectural proposal. New proposal with new renderings.