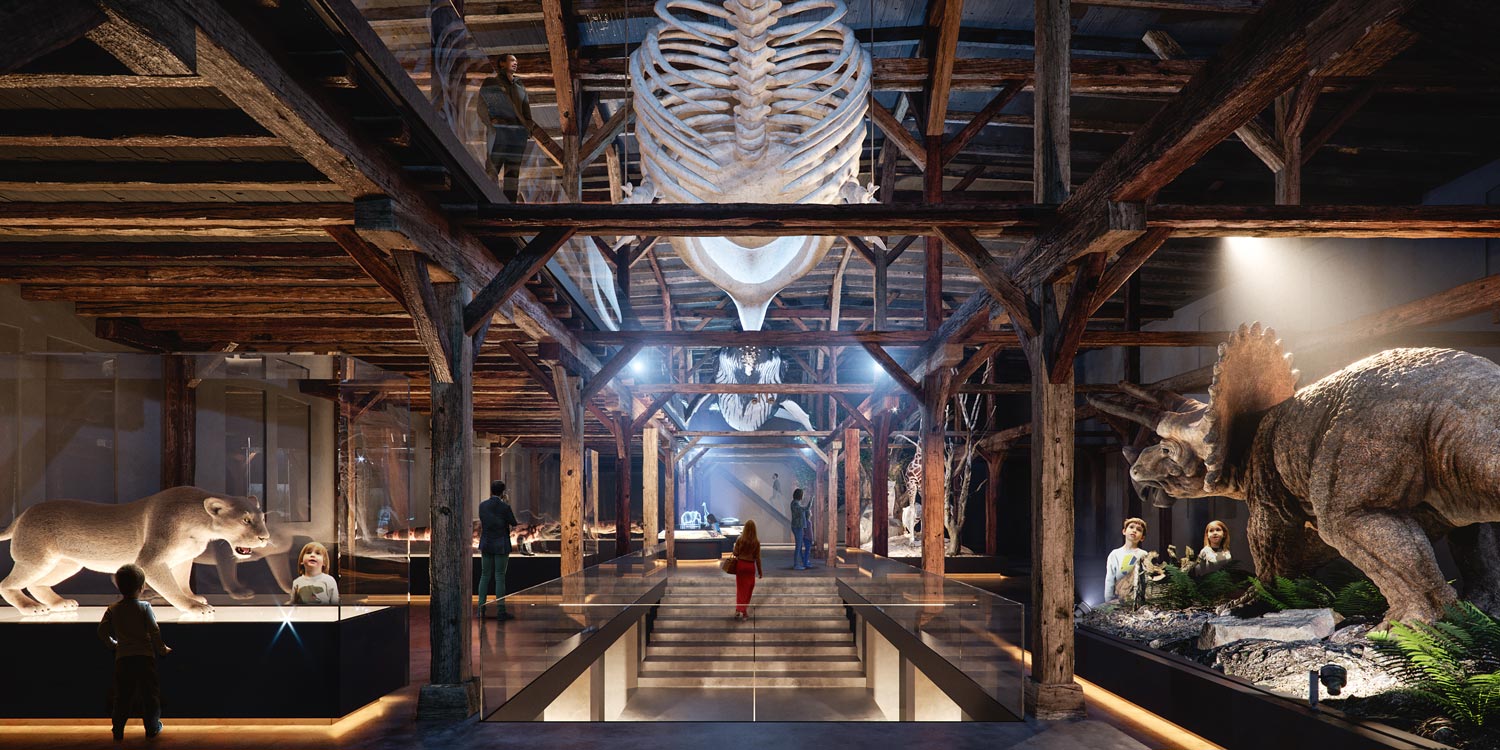 The Museum of Natural History of Fribourg (MHNF) is immersed in the creation of a new extension of its facilities. The same MHNF launched an architecture competition to choose the new proposal. 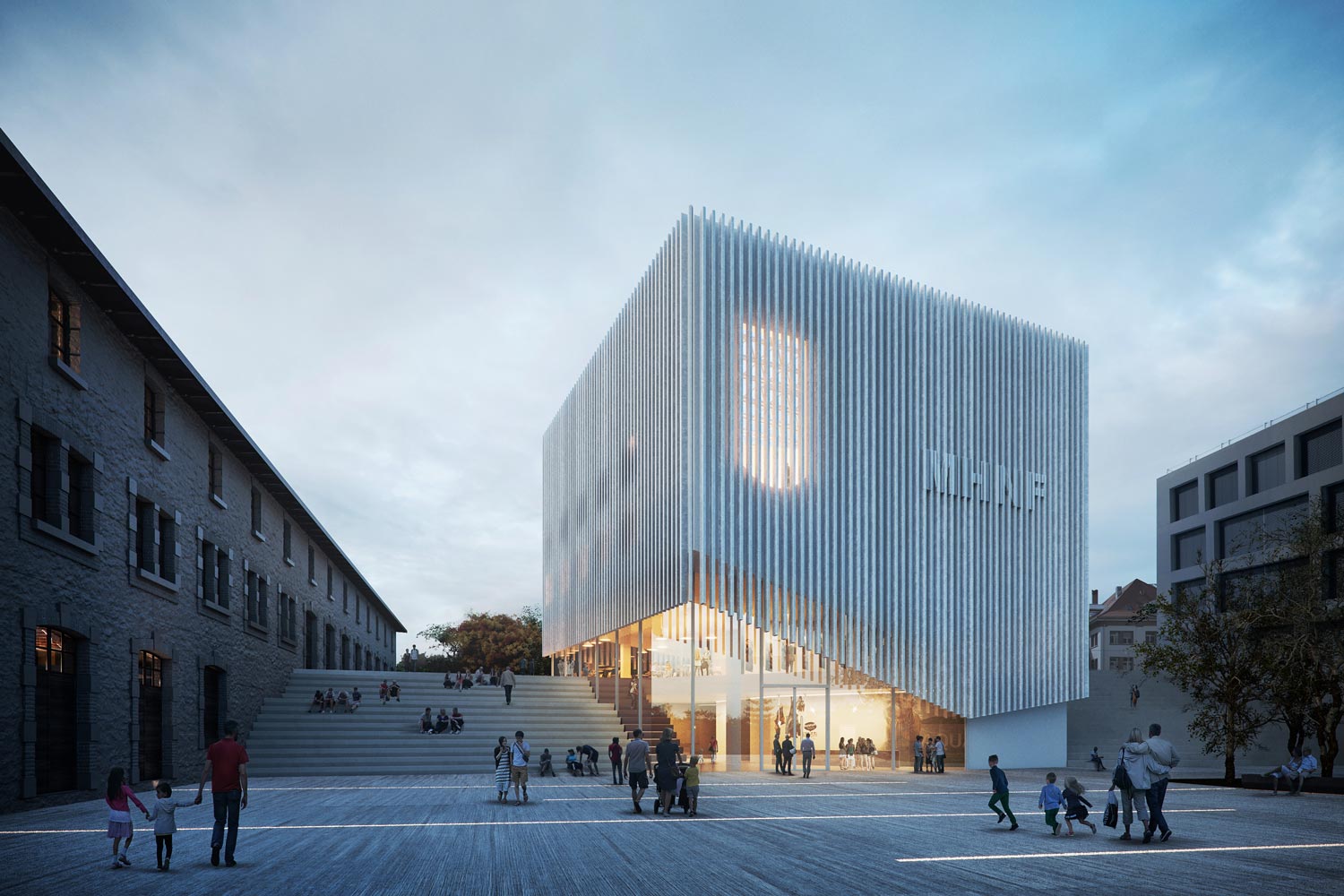 There were more than 100 teams, both locally and internationally. The team formed by Localarchitecture, as architects, and Ingphi, as engineers, contacted us for the development of two renderings for its architectural proposal for the MHNF.

Their bet seeks to unify the extension in a new volume. An exempt building next to the existing one that creates a large quality public space. A place that will become a key area for the city of Fribourg.

The initial premises were to produce two images, one exterior and one of the interior of the museum. The exterior render should show the new building, as well as the outer space generated. For the interior rendering, we sought to show the main exhibition hall of the proposal.

After releasing several view points, the client selected the most interesting to show its proposal. In terms of lighting, we opted for a sunset light at the exterior image. This type of lighting allowed to highlight the new volume in the render offering the sought-prominence.

For the interior rendering, we proposed a scene with dim lighting. The viewer’s gaze was attracted through different spotlights. The scene also included several characteristic animals of the museum.

To bring the viewer closer to the render, we placed some characters in the images. With them, it is easier to be reflected and imagine themselves in the project.

We are quite happy with the result of the images. Although on this occasion were not winners, we want to congratulate Localarchitecture and Ingphi teams for the great work and the freedom to develop these renderings of architecture.