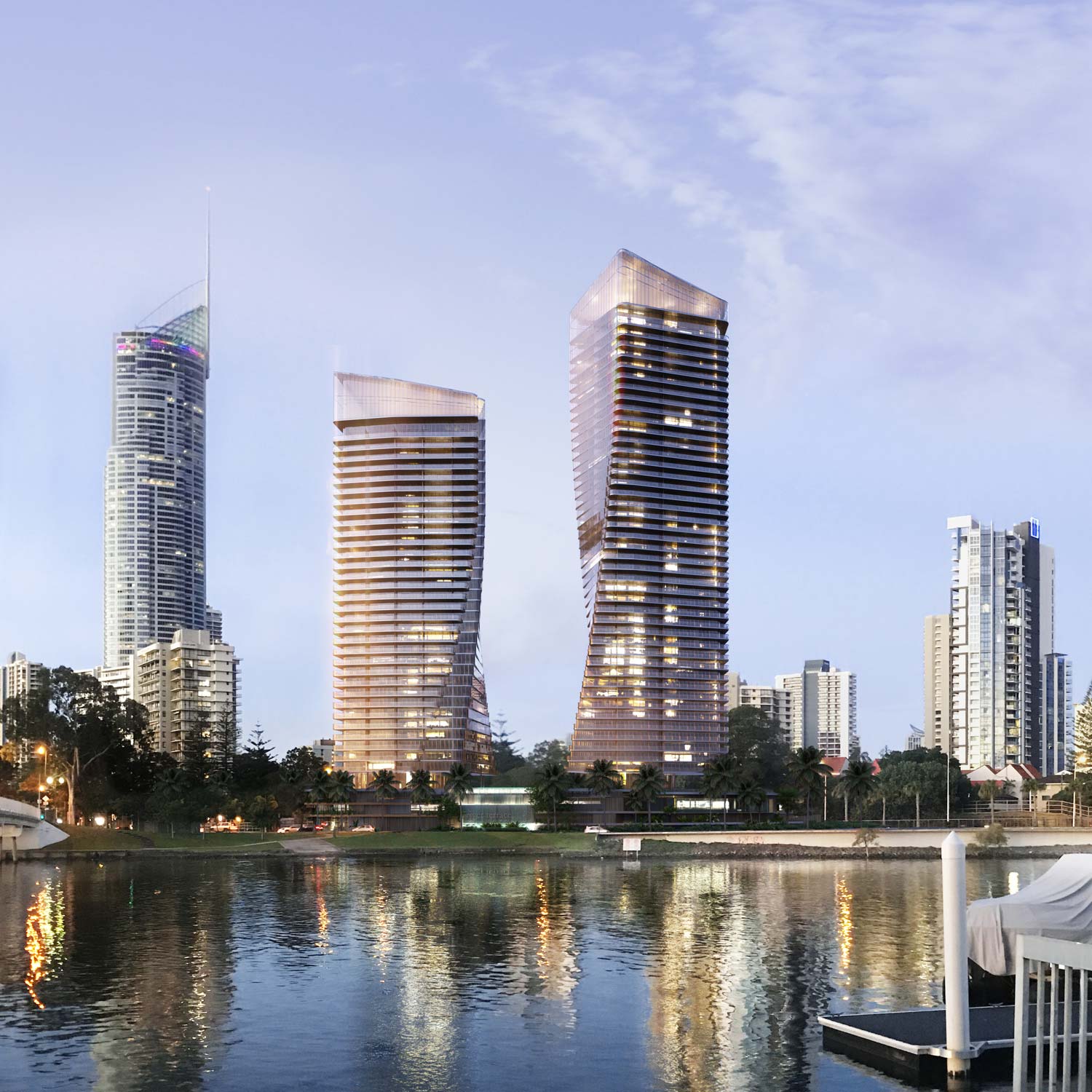 Nowadays it is common that each city has an architectural landmark. An emblematic building that differentiates it and identifies it among others. The River Terrace towers want to become a reference of the Gold Coast city, on the East coast of the Australian country. 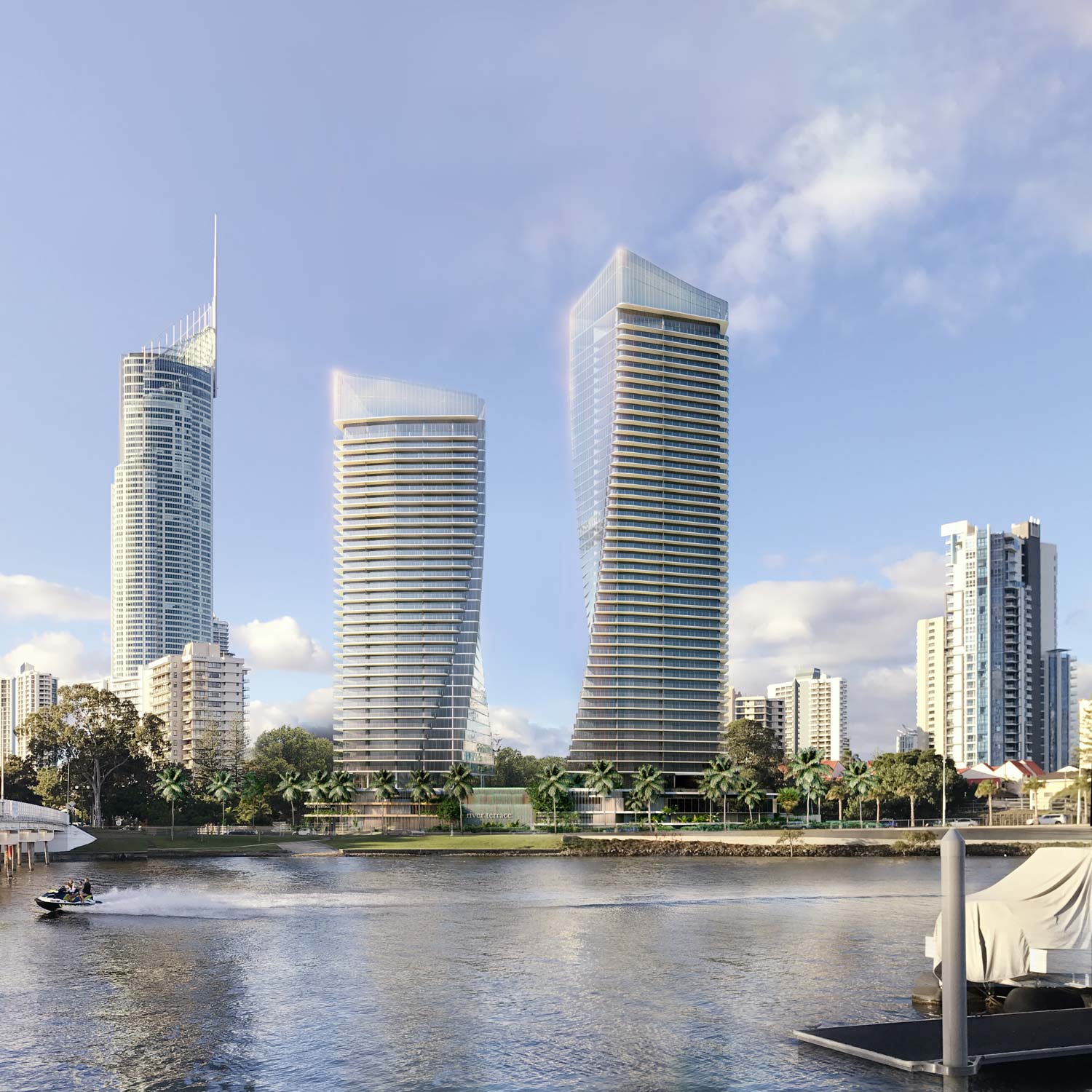 Plus architecture, a leading architectural firm of architecture located in Australia, is developing this important project. To present the proposal to their clients, they requested some renderings of the two building towers. 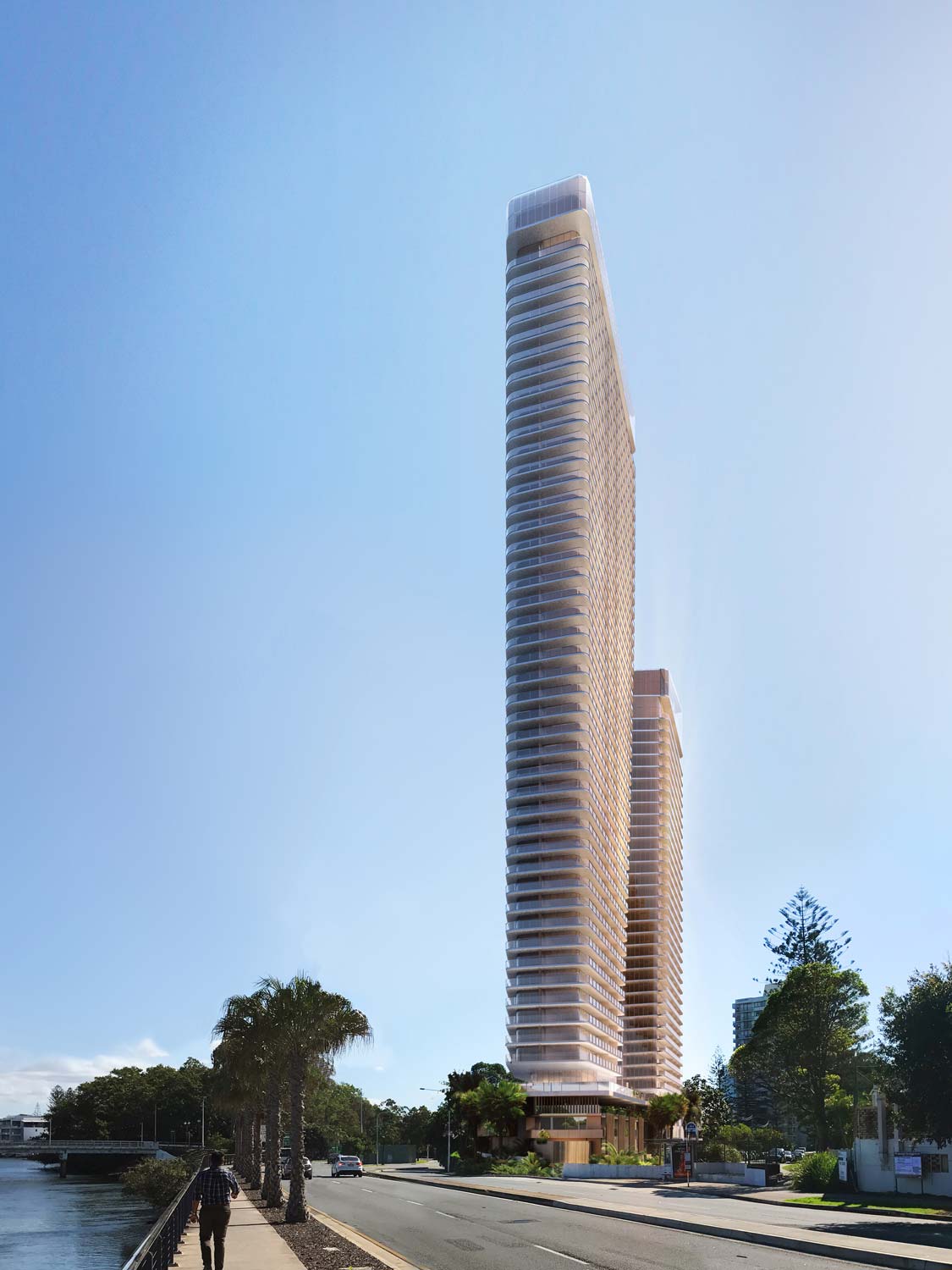 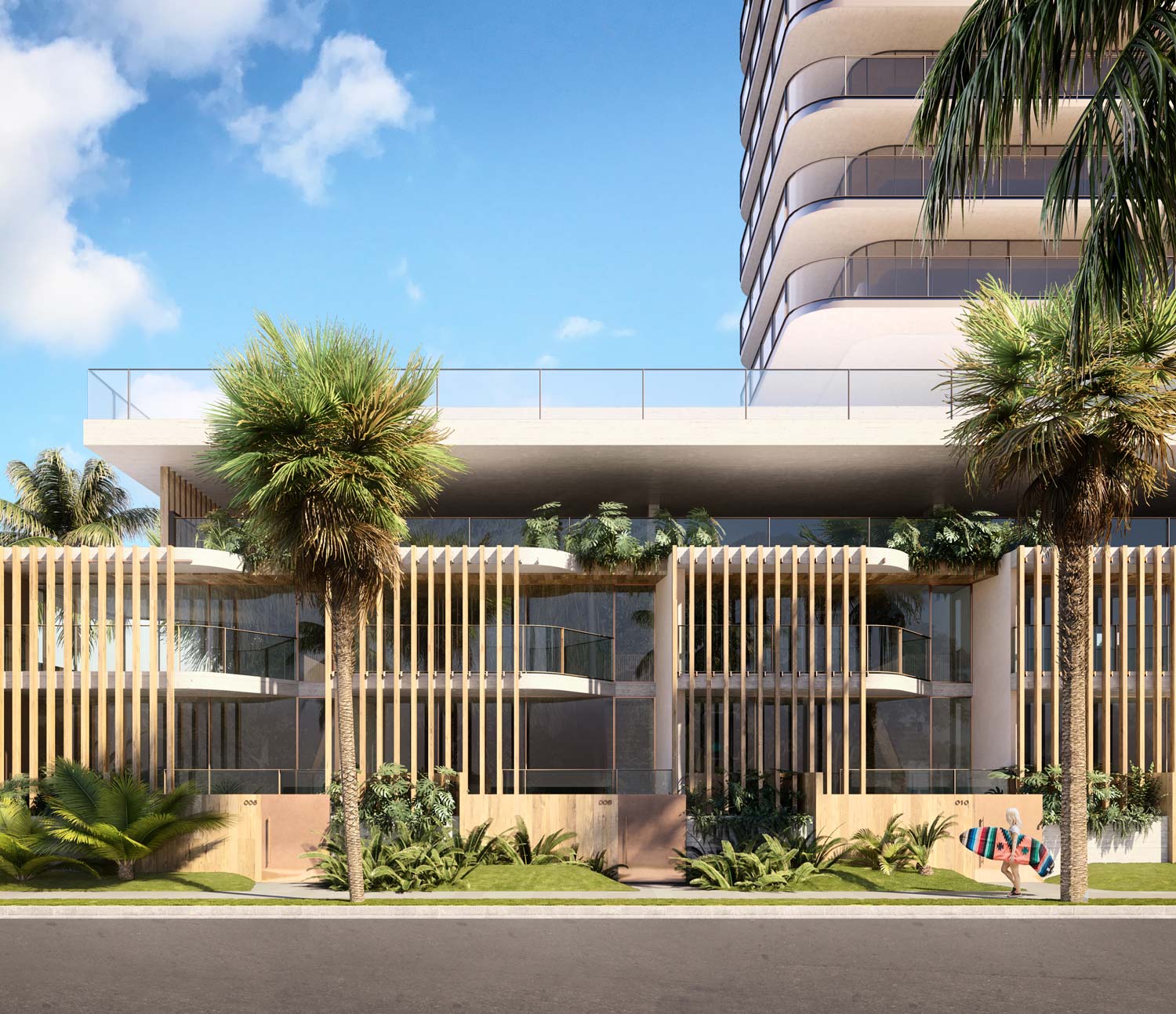 The tower’s program includes residential, hotel and commercial use. Each of the towers will be used for a specific purpose, one to hotelier and the other to the residential use, leaving the base for commercial. 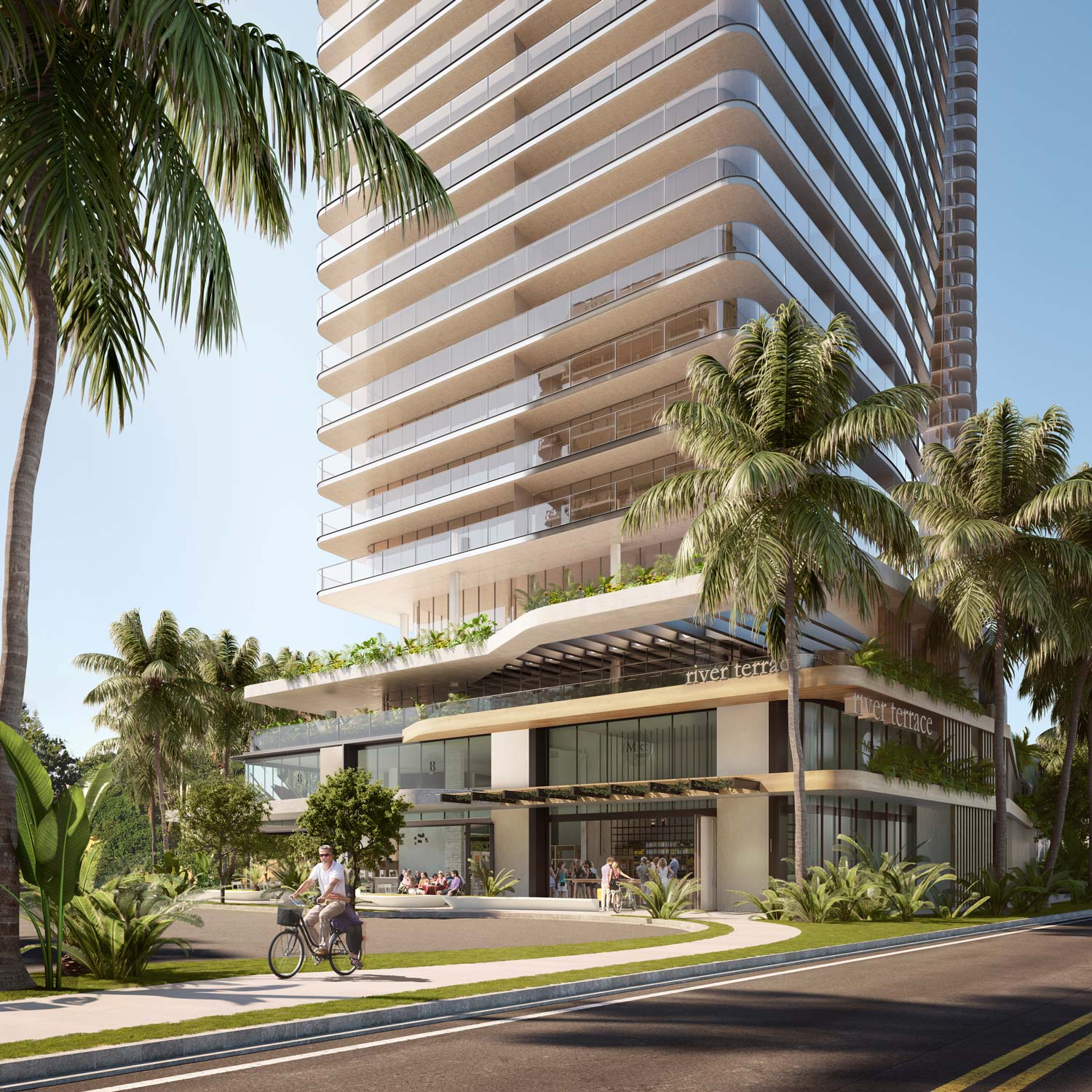 The renderings should capture the importance of the environment for the project. It should highlight the important role played by the river in the project. Its proximity and the magnificent view it offers to the architectural proposal. 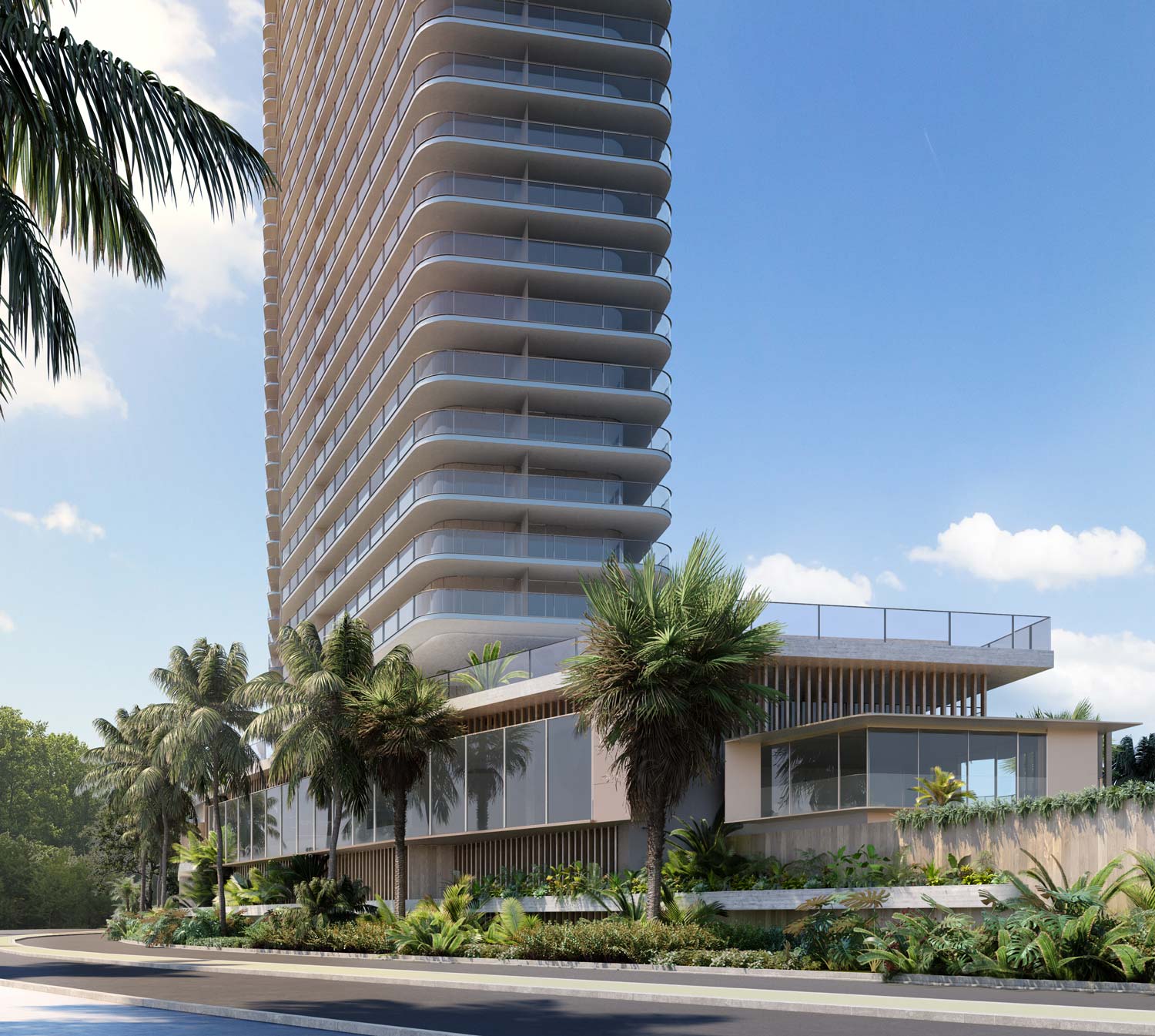 Once modelled the volume of the towers, we placed cameras to find the best angles. We sought to explain the project through some stunning renderings. 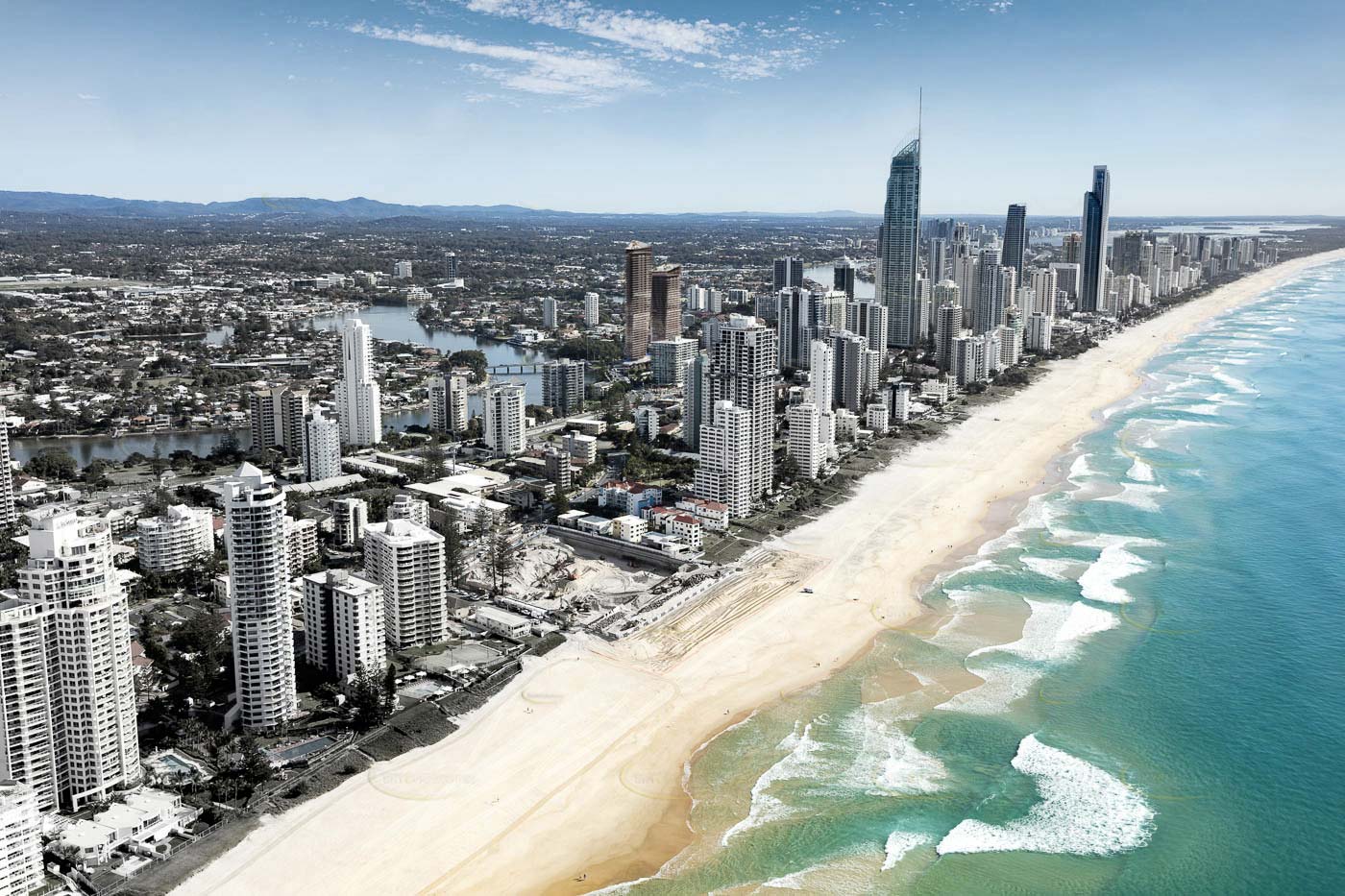 After several tests, the architects selected the frames to perform the renderings. With the approved cameras, we defined the landscaping and interior design to get a few attractive renderings. Furniture, decoration and all the props were placed for a lived appearance of the spaces.

Finally, we started the post-production phase. Here we went for adjusting the lighting as the tones of the renderings. We also placed some characters which makes it easier to get the idea of the scale of the spaces.

In addition to these renderings, we are developing a new promotional video for this development which we hope to be able to share soon. We will keep you informed of progress.