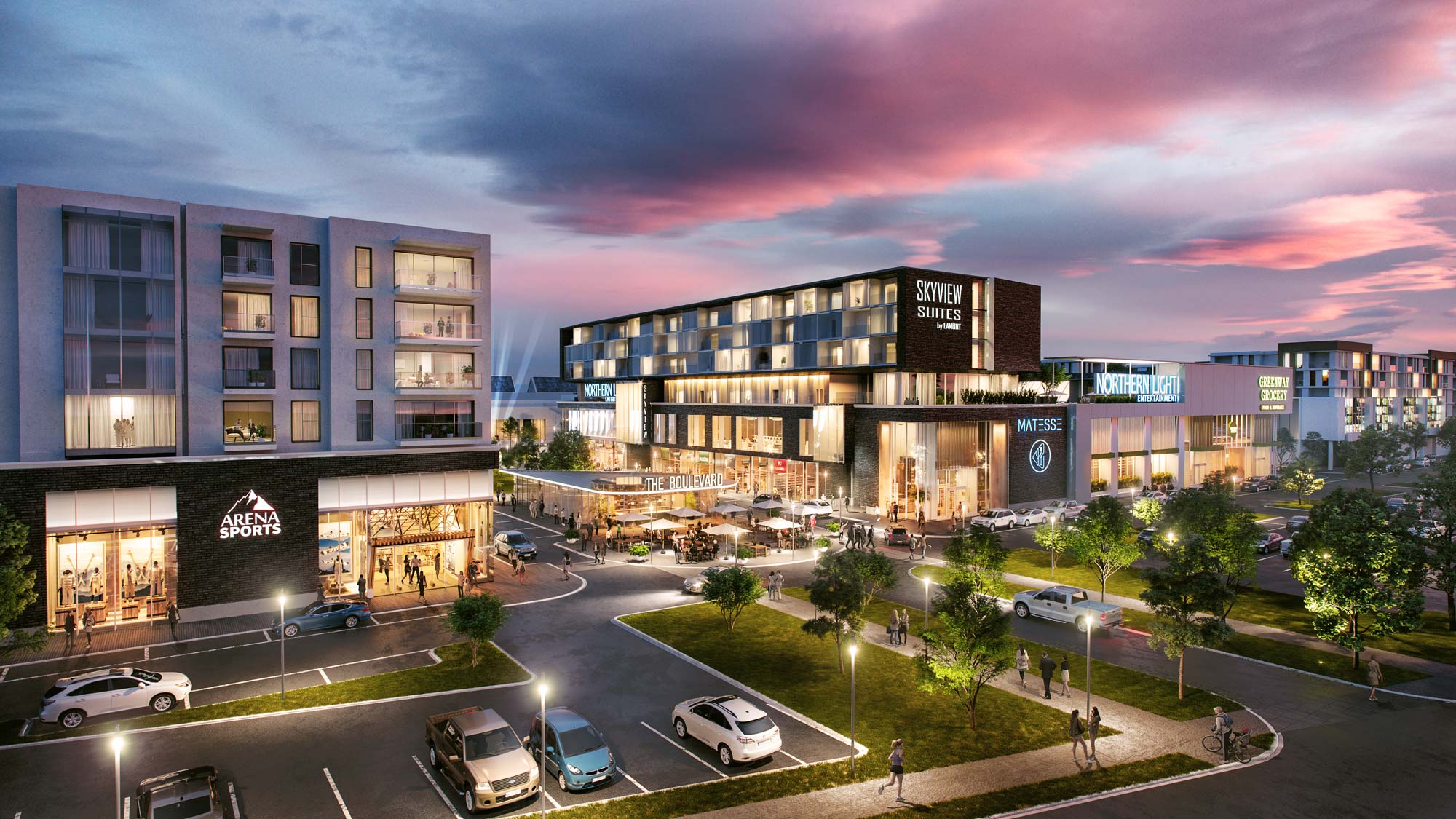 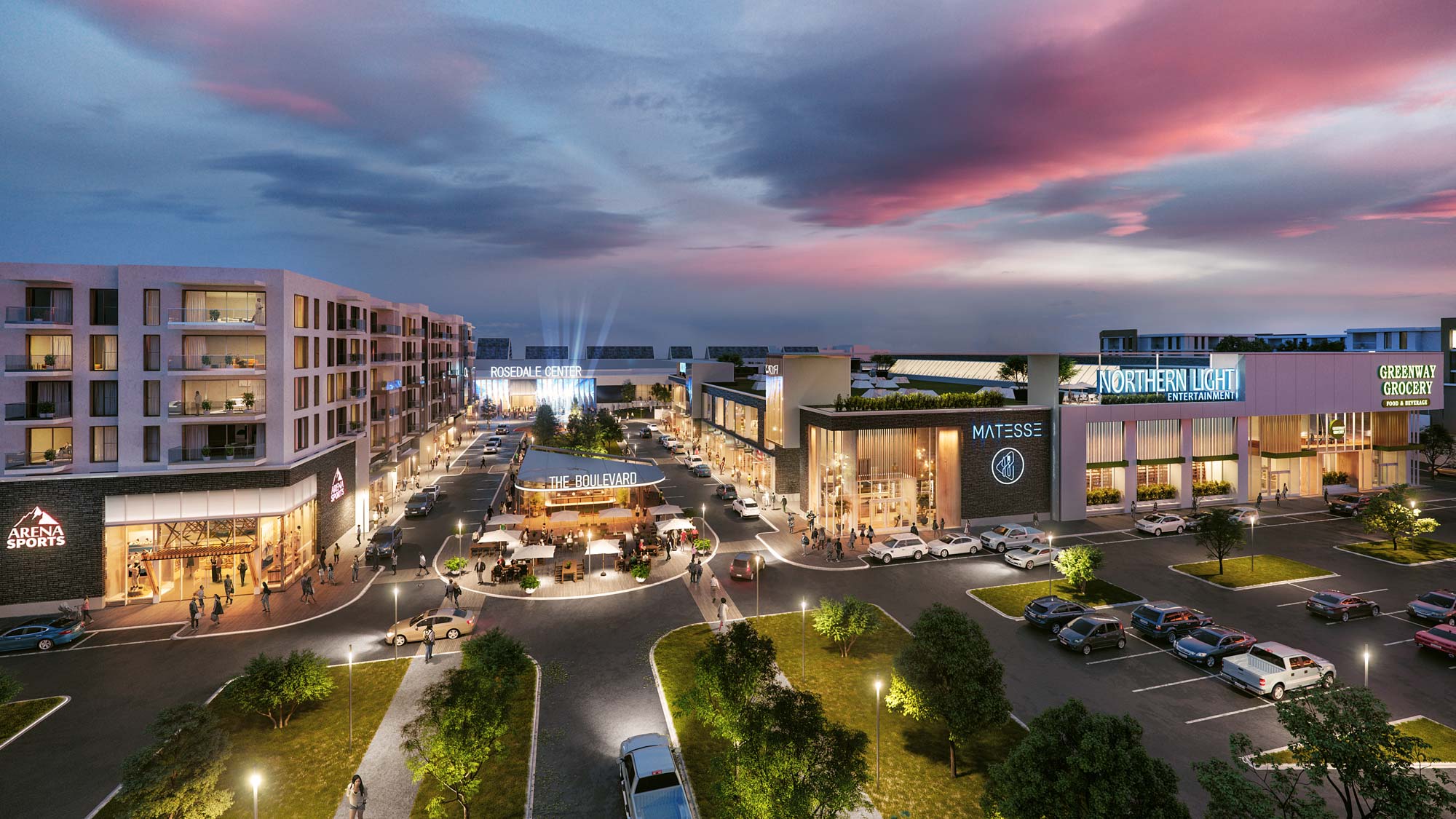 The architectural firm Gensler is in charge of developing the conceptual design of this large extension. Gensler is a global architecture and design studio with distributive offices worldwide, from USU to Australia. 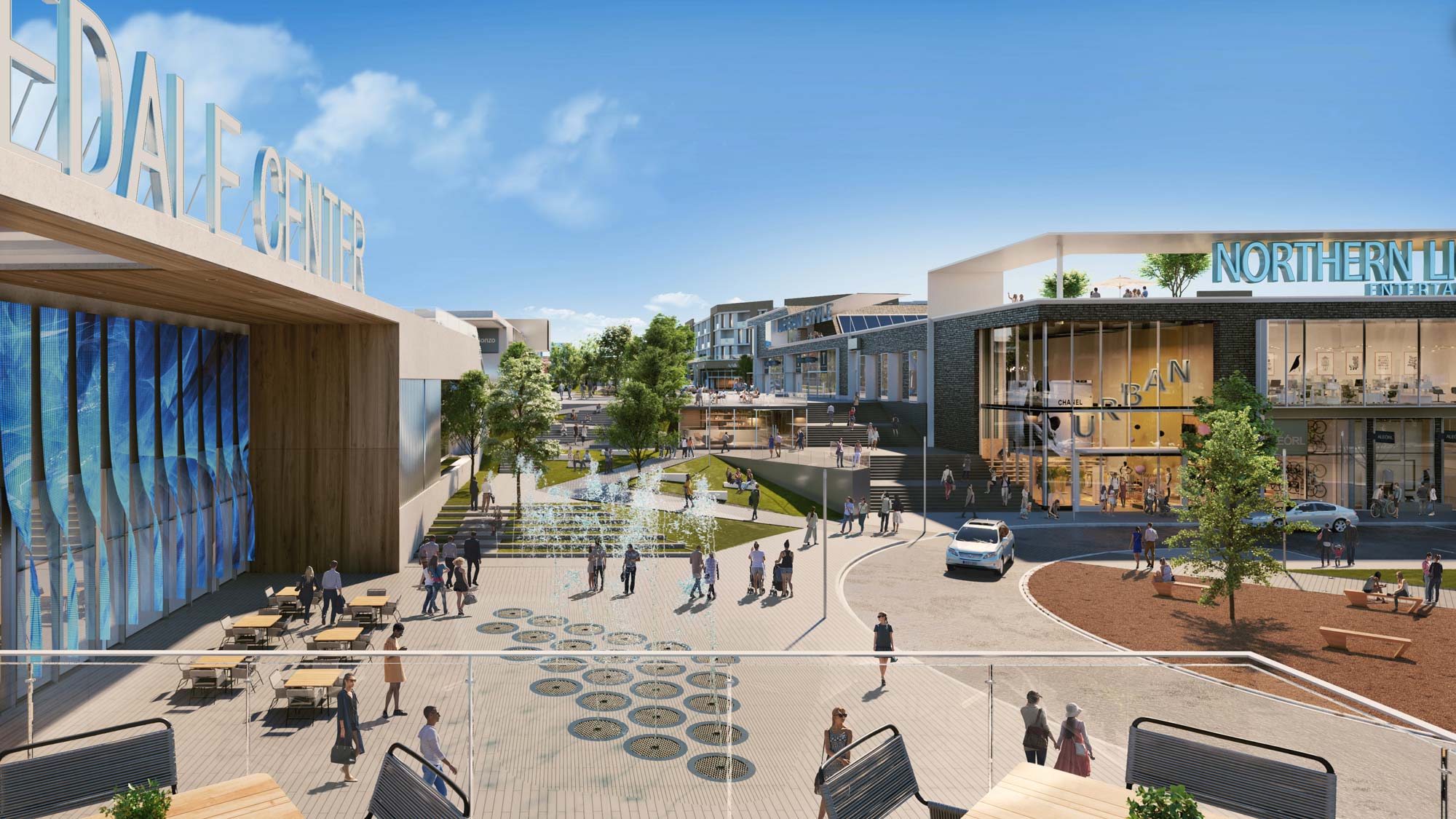 Gensler needed to present their new extension proposal to their client. For this reason, they requested some architectural renderings. They should show the magnitude of the future construction as well as the final aspect that it will offer to the city. 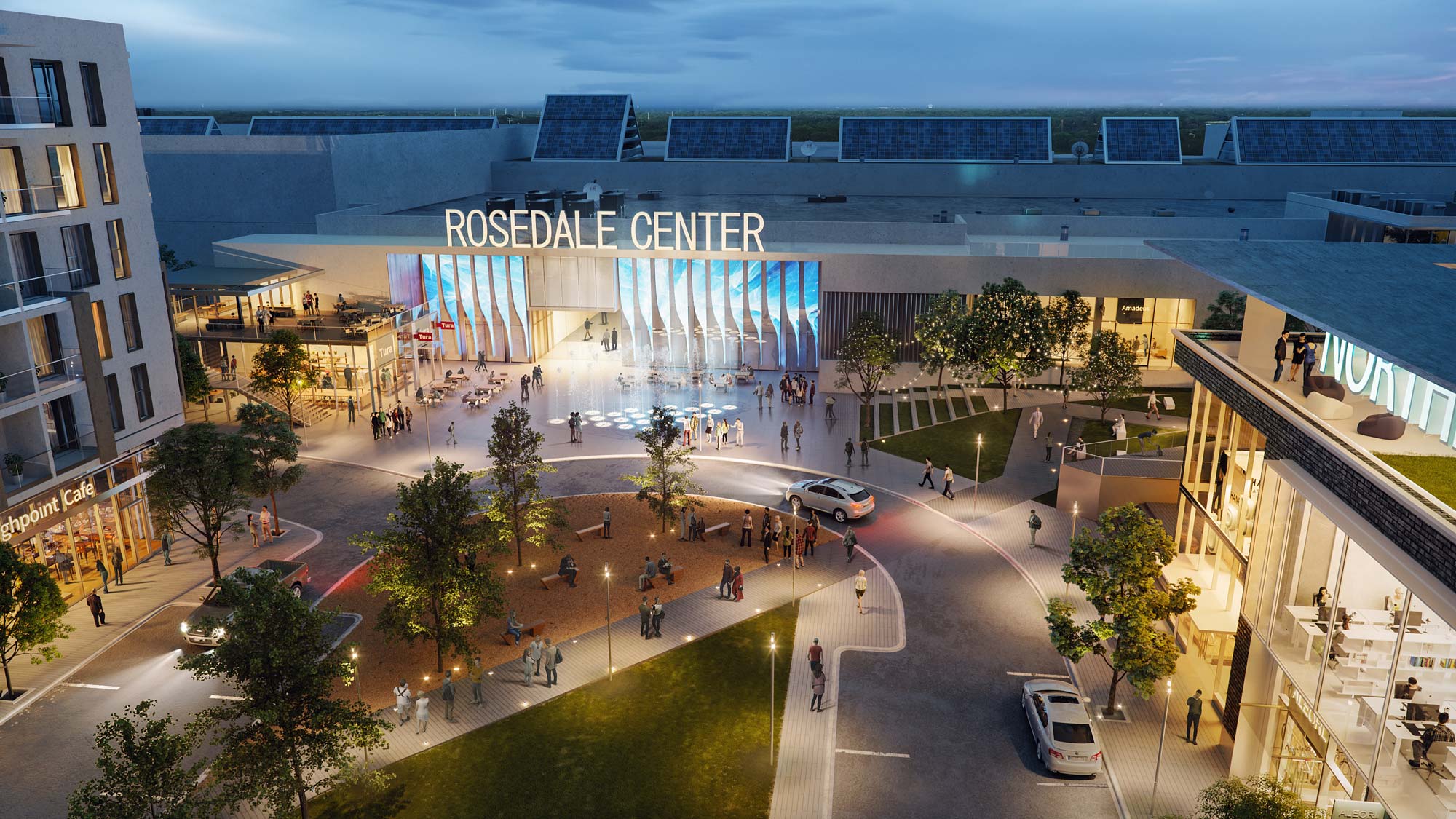 The commission sought to achieve aerial views that showed the integration of the new architectural proposal with the current shopping center. How the houses and the hotel will coexist with the global picture. 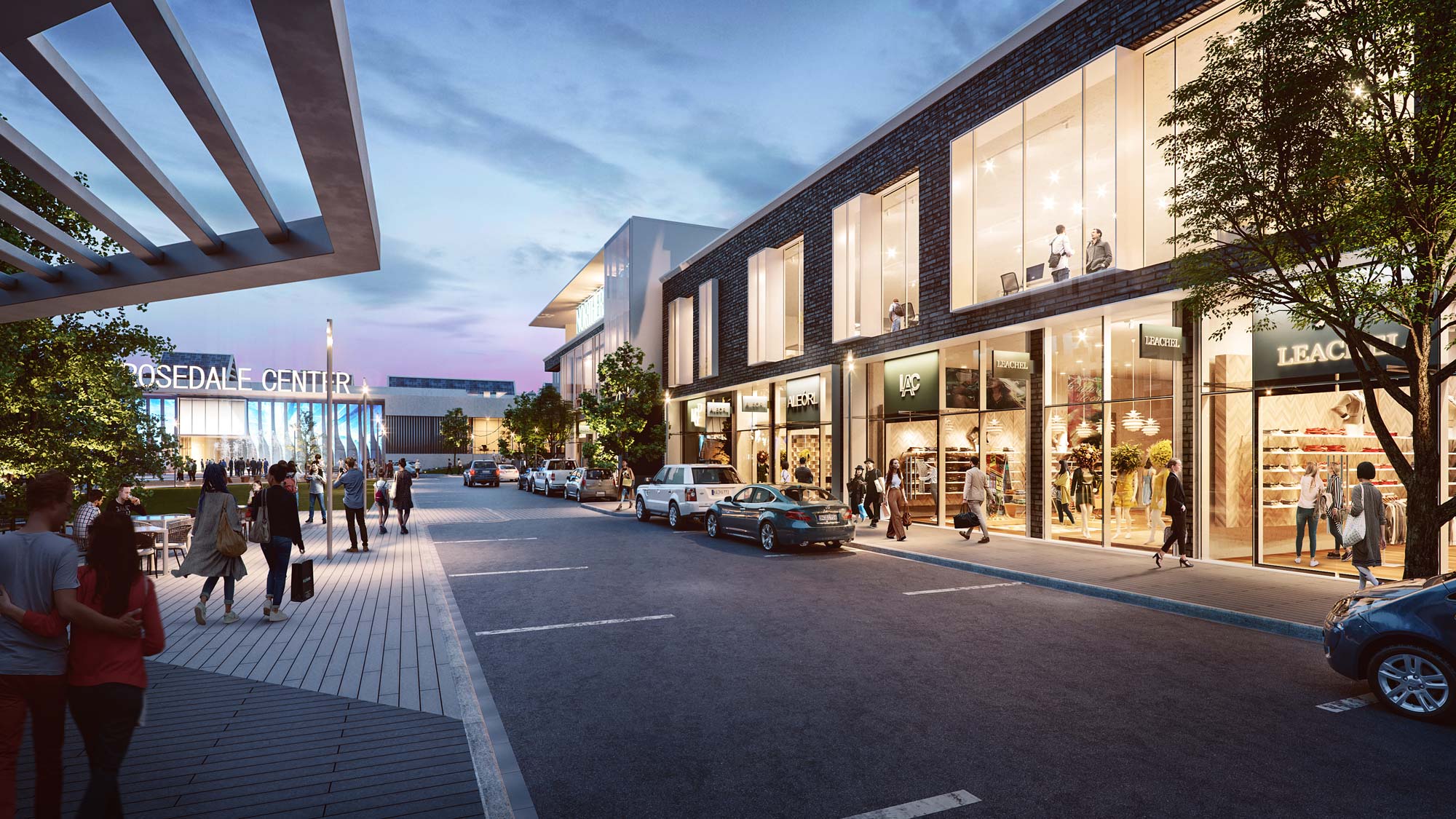 We did several lighting tests until finding the one that best reflected the project concept. A daytime and nighttime lighting that managed to capture the atmosphere that will originate with the construction of the new proposal. Commercial, residential areas surrounded by green areas for the use and enjoyment of both visitors and residents. 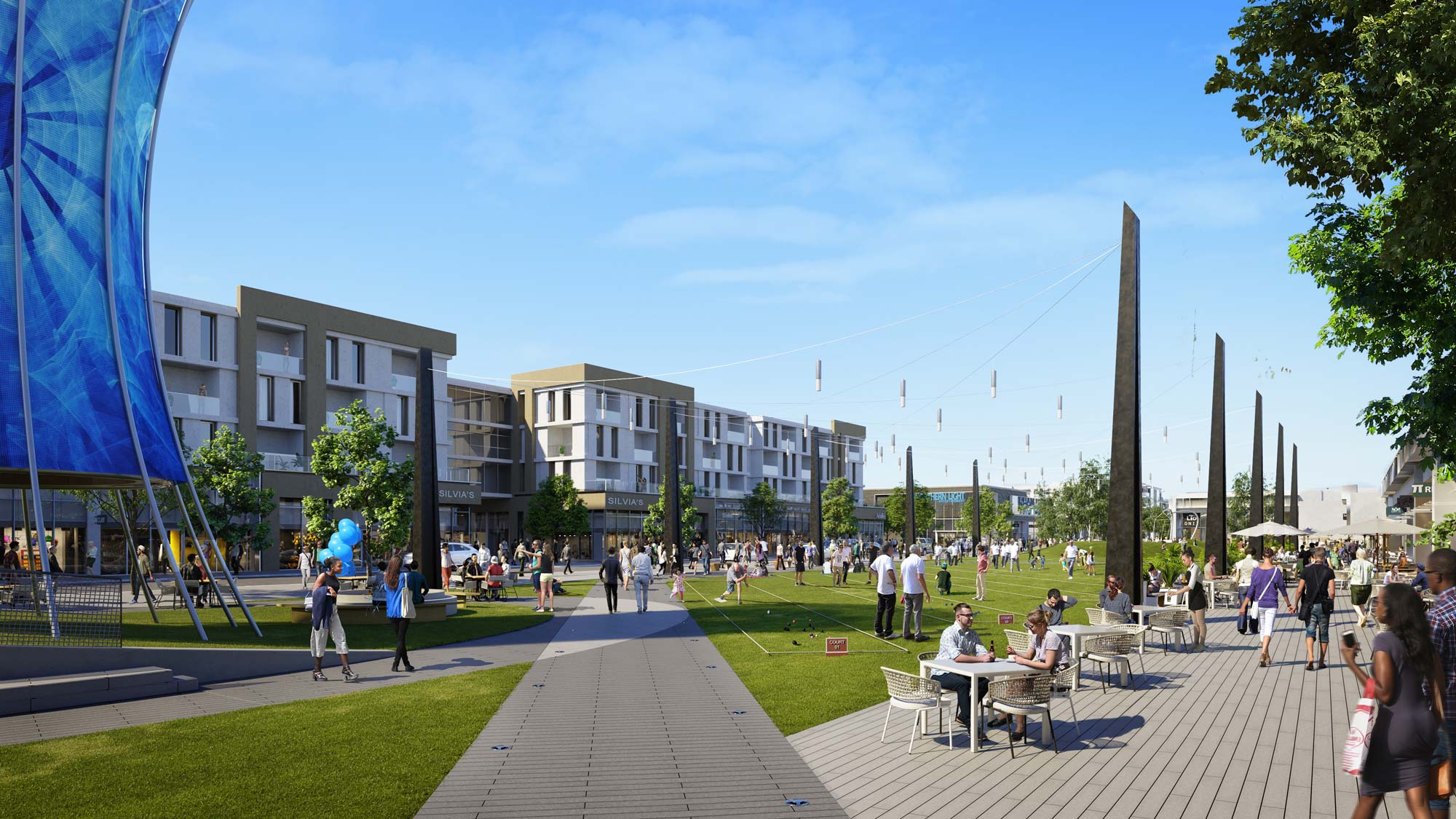 With the buildings modelled and the lighting selected, we launched several proposals of viewpoints following the premises set by Gensler. Several aerial views from different angles and several street-level views that reflected the desired atmosphere. 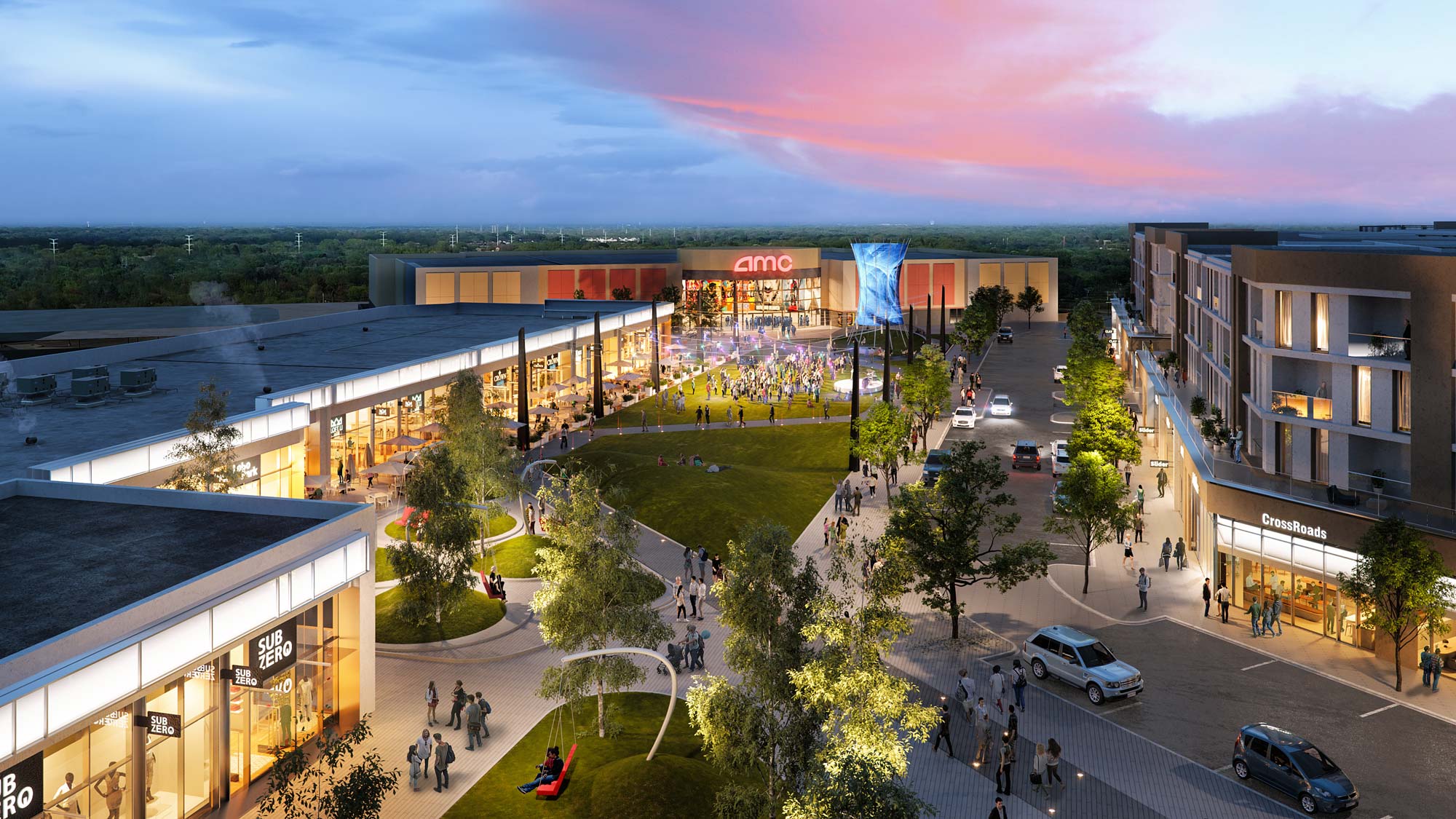 Once the views and lightings were approved, we launch the renderings in high resolution. Then we start the post-production phase. In this step, we balance colors and retouch the entire set of renders to achieve global consistency. We added people to get to set all the scenes and get the client to get a more comprehensive view.

We are preparing new images of more projects designed by Gensler that we hope to share shortly with you. We will keep you posted!