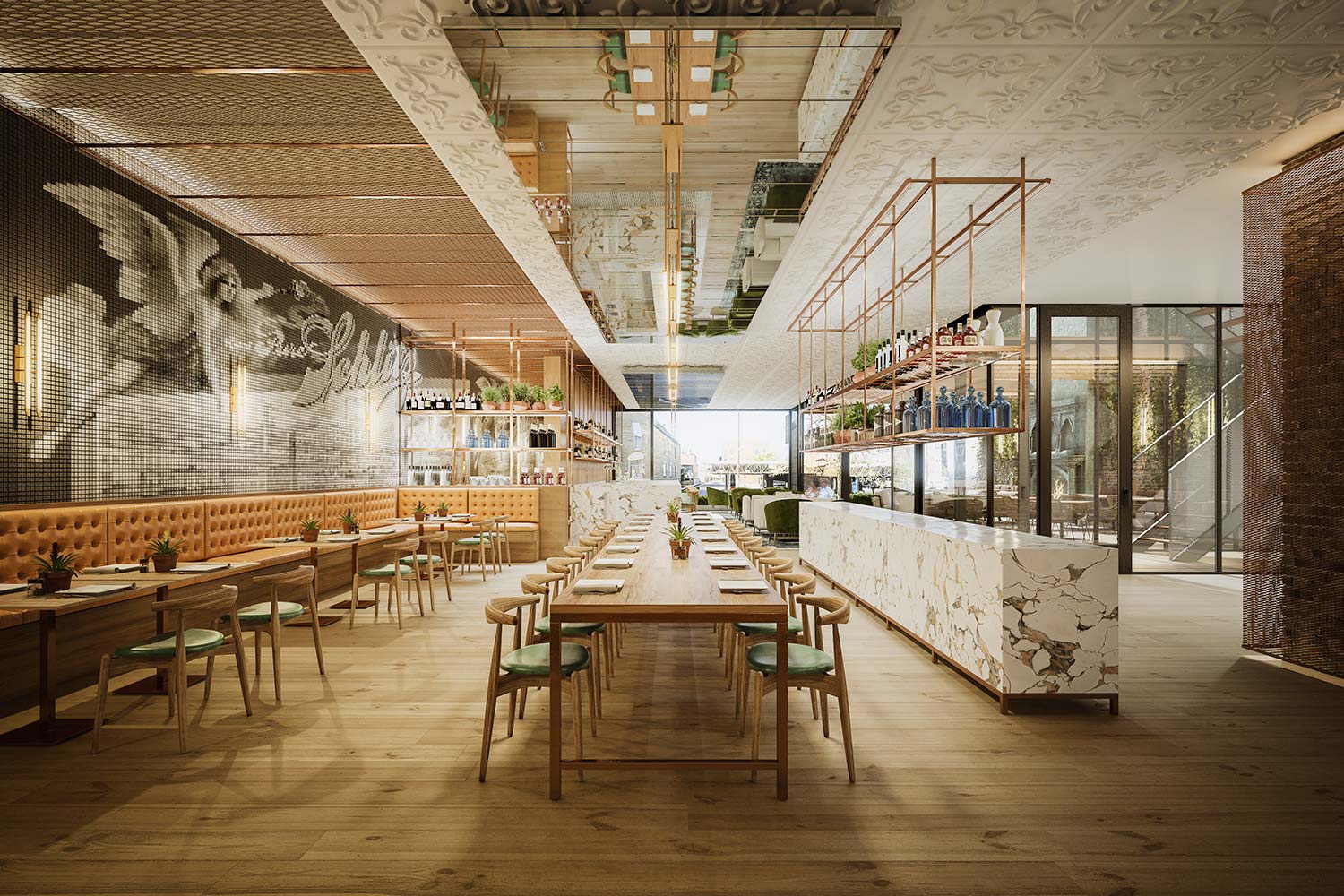 The architectural renderings are a tool increasingly demanded by both developers and architects. Today it is essential to have a good material with which to persuade both investors and final clients. 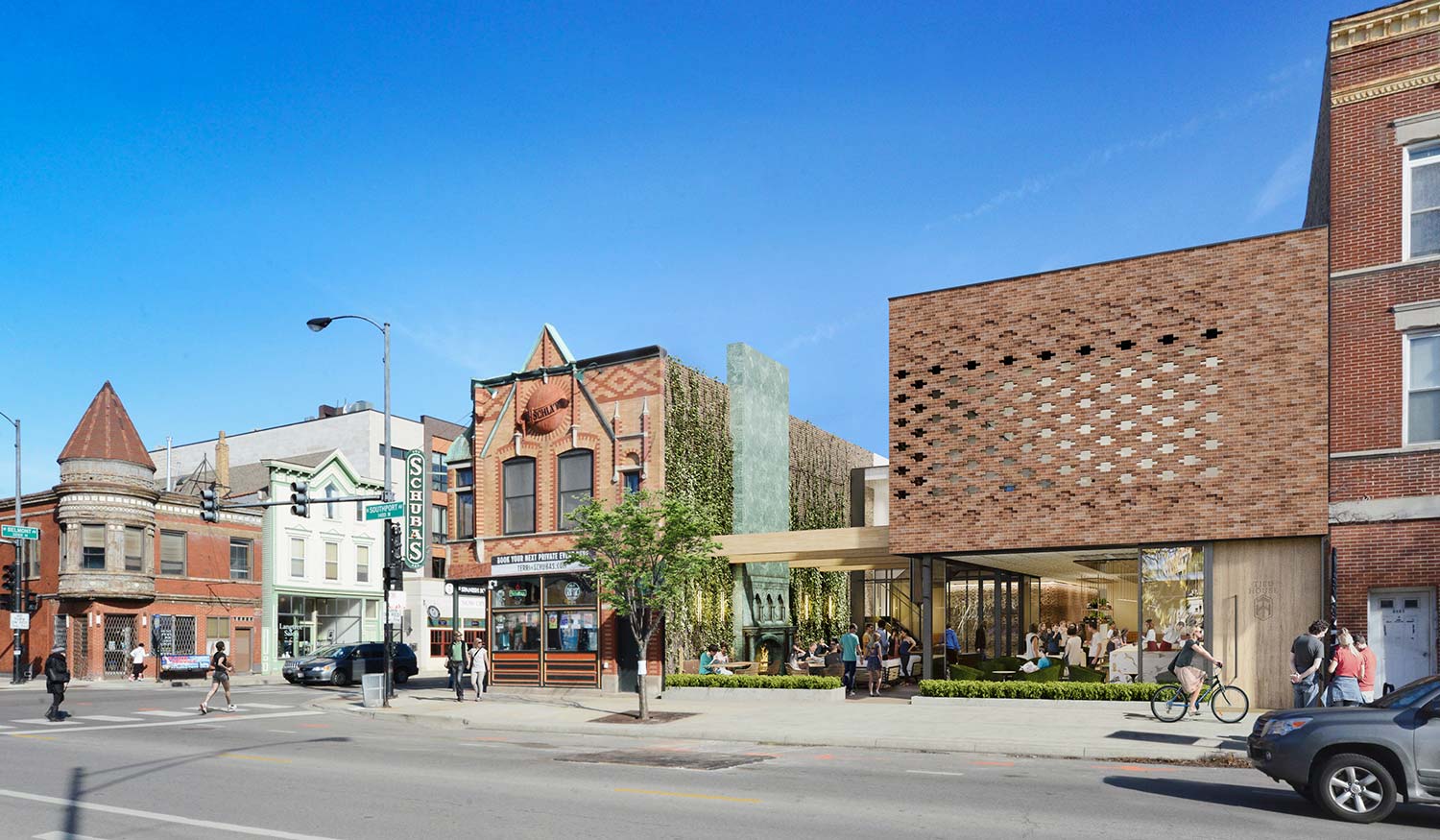 On this occasion, the powerful American architecture firm Gensler contacted us requesting 5 architectural renderings of the new project that they are developing. 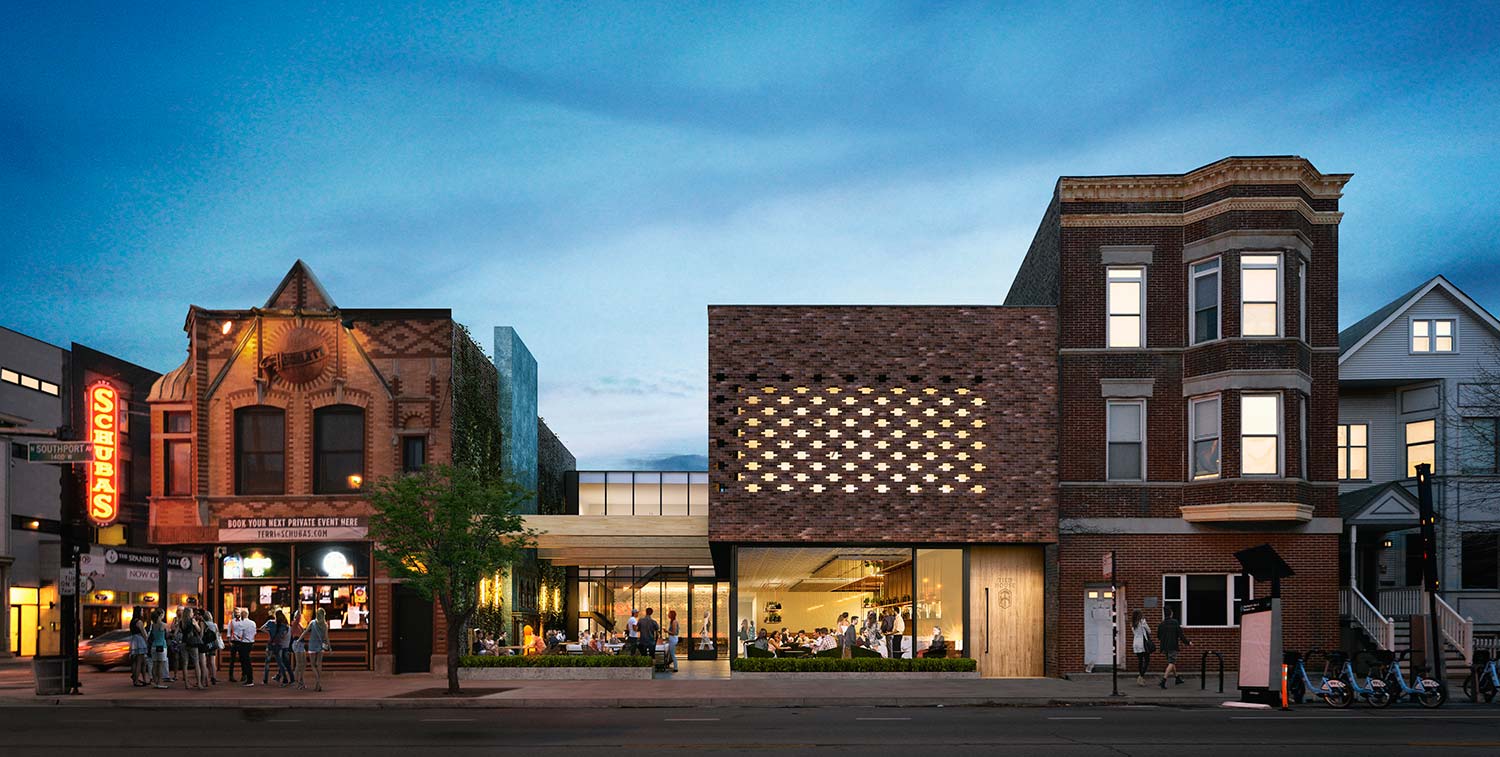 This is the refurbishment of a well-known musical restaurant of the city. The restaurant wants to reform and at the same time expand its facilities. The Gensler Chicago team was commissioned to give the restaurant a new up-to-date image. 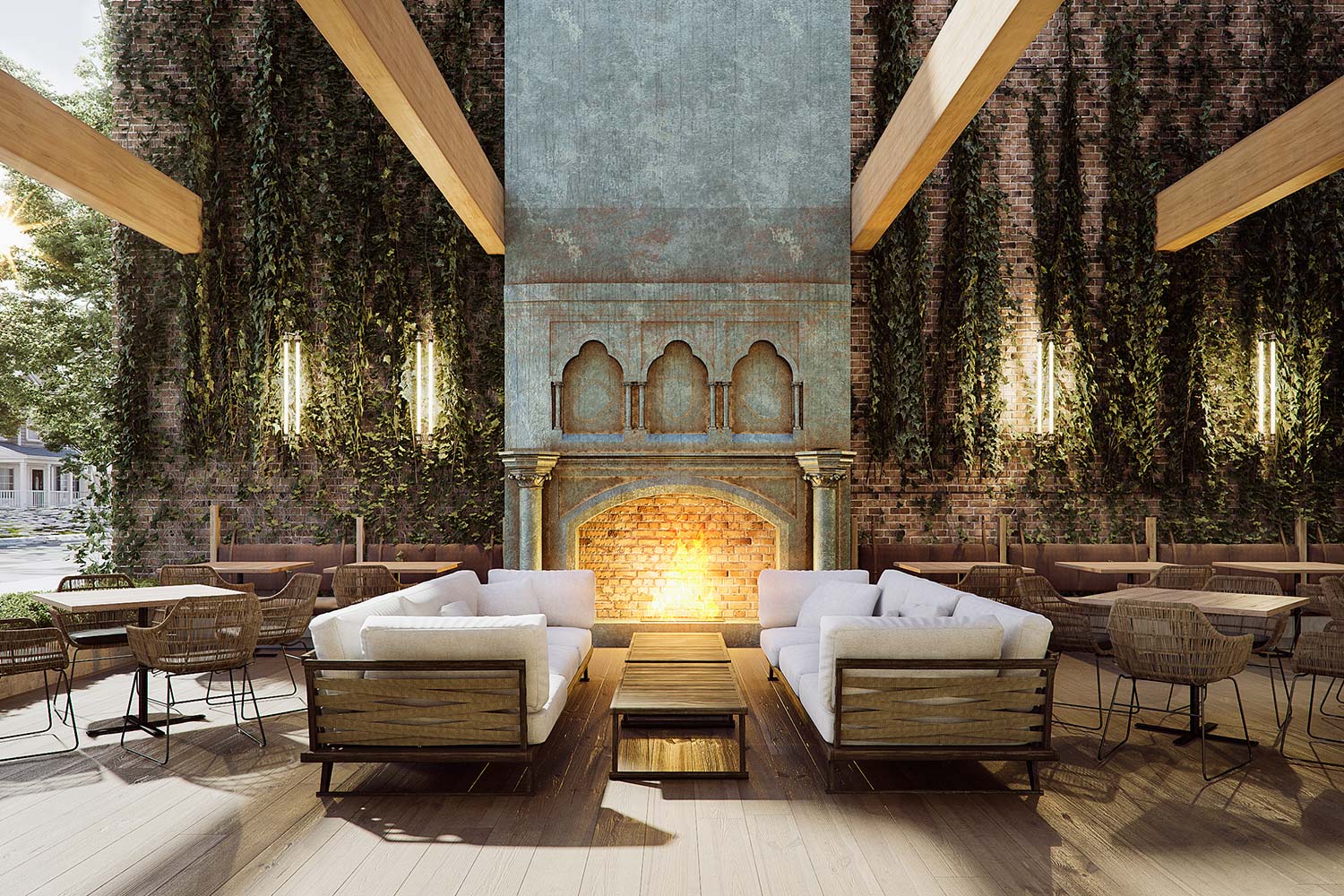 The extension connects the existing building through an outdoor patio that generates a space with a new quieter and more welcoming atmosphere for those not so enthusiastic of live music. In this way is marked a clear differentiation between the nightlife and the day that should be reflected in the 3D images. 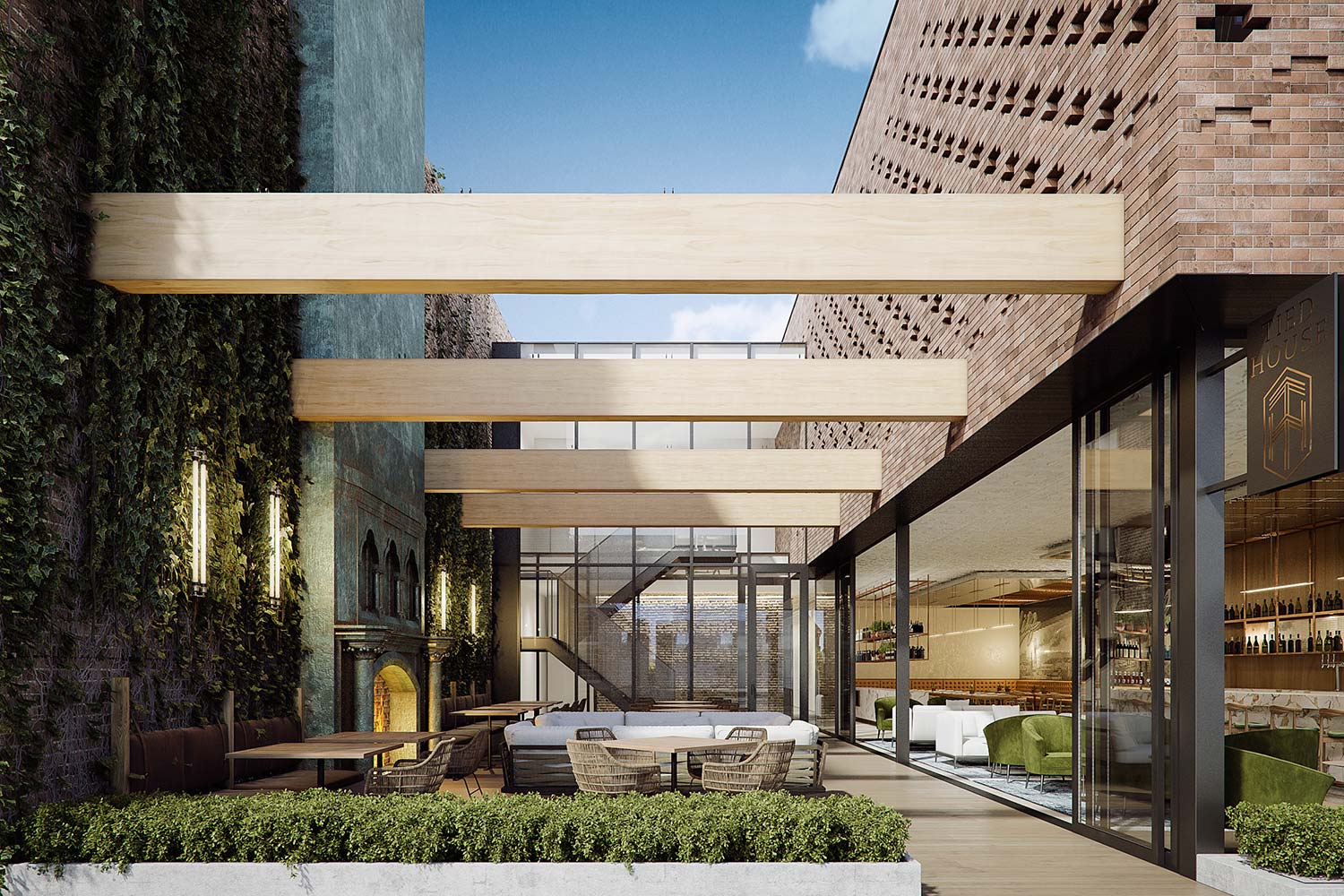 In terms of the architectural renderings, Gensler architects requested six views of the restaurant. Two exterior renderings that show the facades and the impact that will have the new extension on the whole. 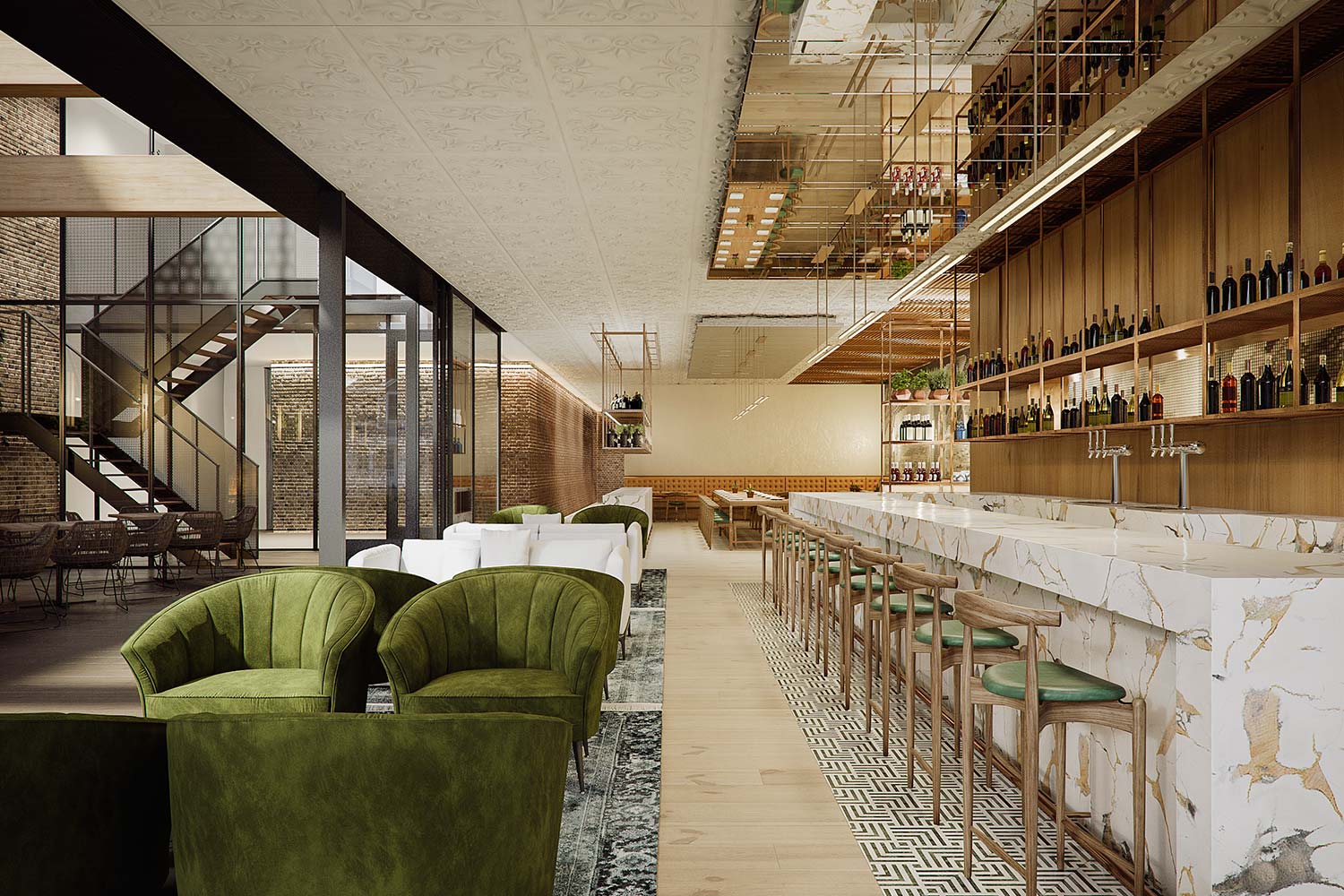 Four interior renderings were made to show the entire interior design proposal and the relationship between the interior and the exterior space.

Once selected the points of view to develop, we worked all the details of those frames. Materials, fixed furniture, mobile furniture, vegetation, lighting and all the props that turned the images into a photo-realistic architectural renderings.

With the 3D images rendered in high resolution, we started the post-production works. In this phase, the tones, contrasts, lights were adjusted and people were populated on the visualisations.

It is always stimulating to work with large companies such as Gensler. They work around the world have made them one of the most prestigious architectural firms today.