Visualisations of a new residence hall in Barcelona 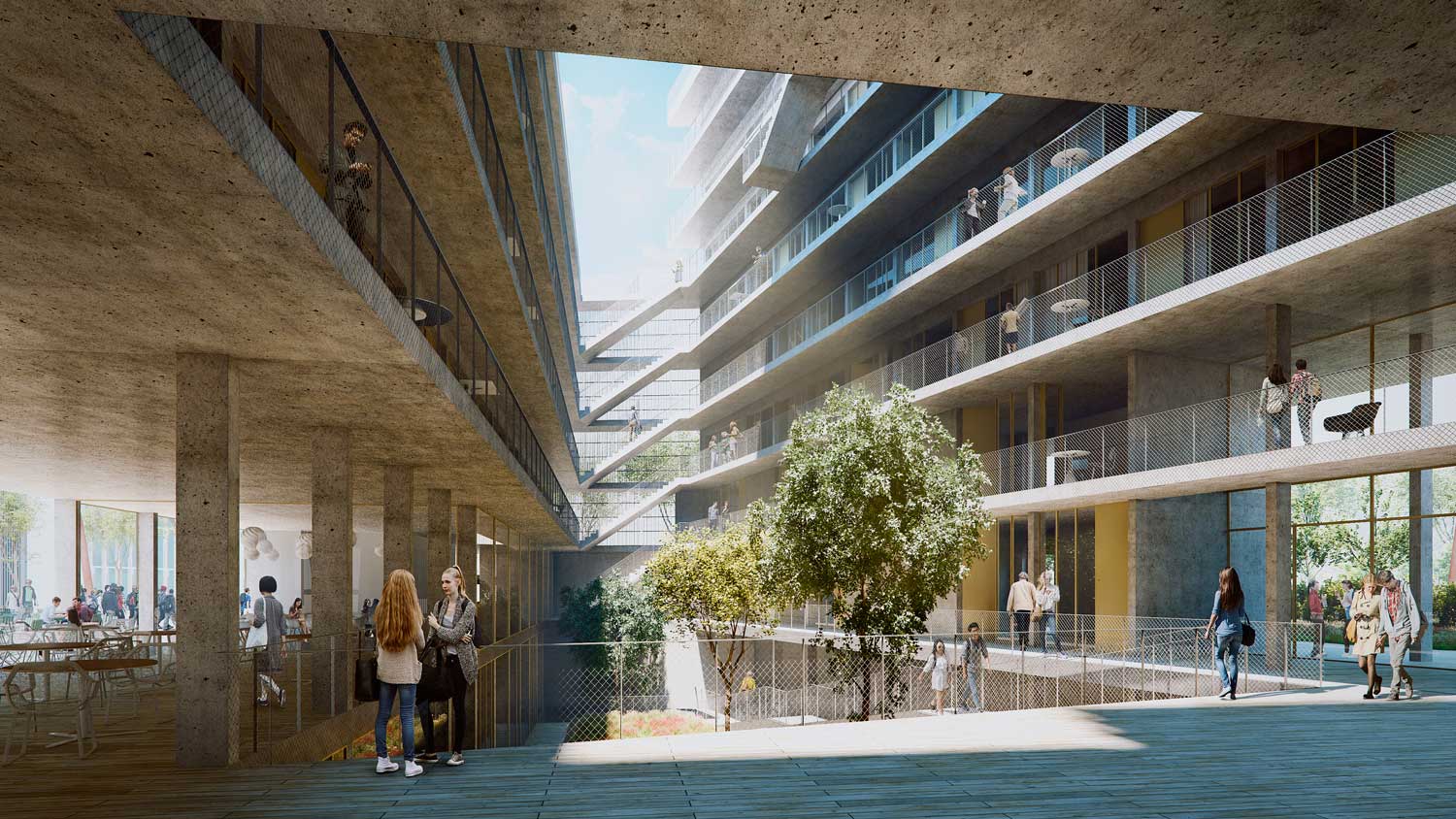 The Belgian company 4en60 SPV1 has been awarded with the 1st prize of the architectural competition for the drafting of the design, construction and subsequent operation of a University residential centre on the new Inter-University Campus Diagonal-Besòs in Barcelona. 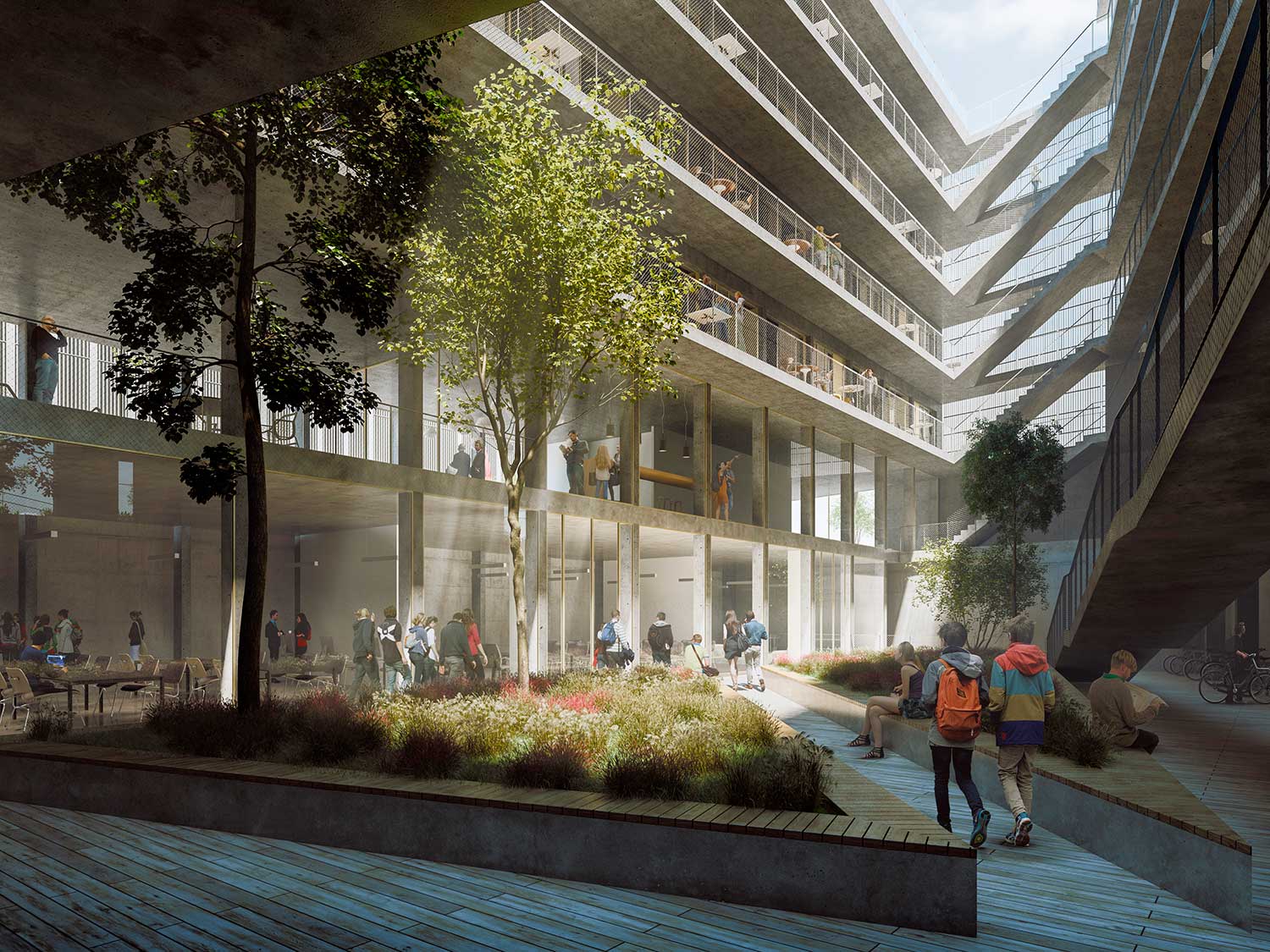 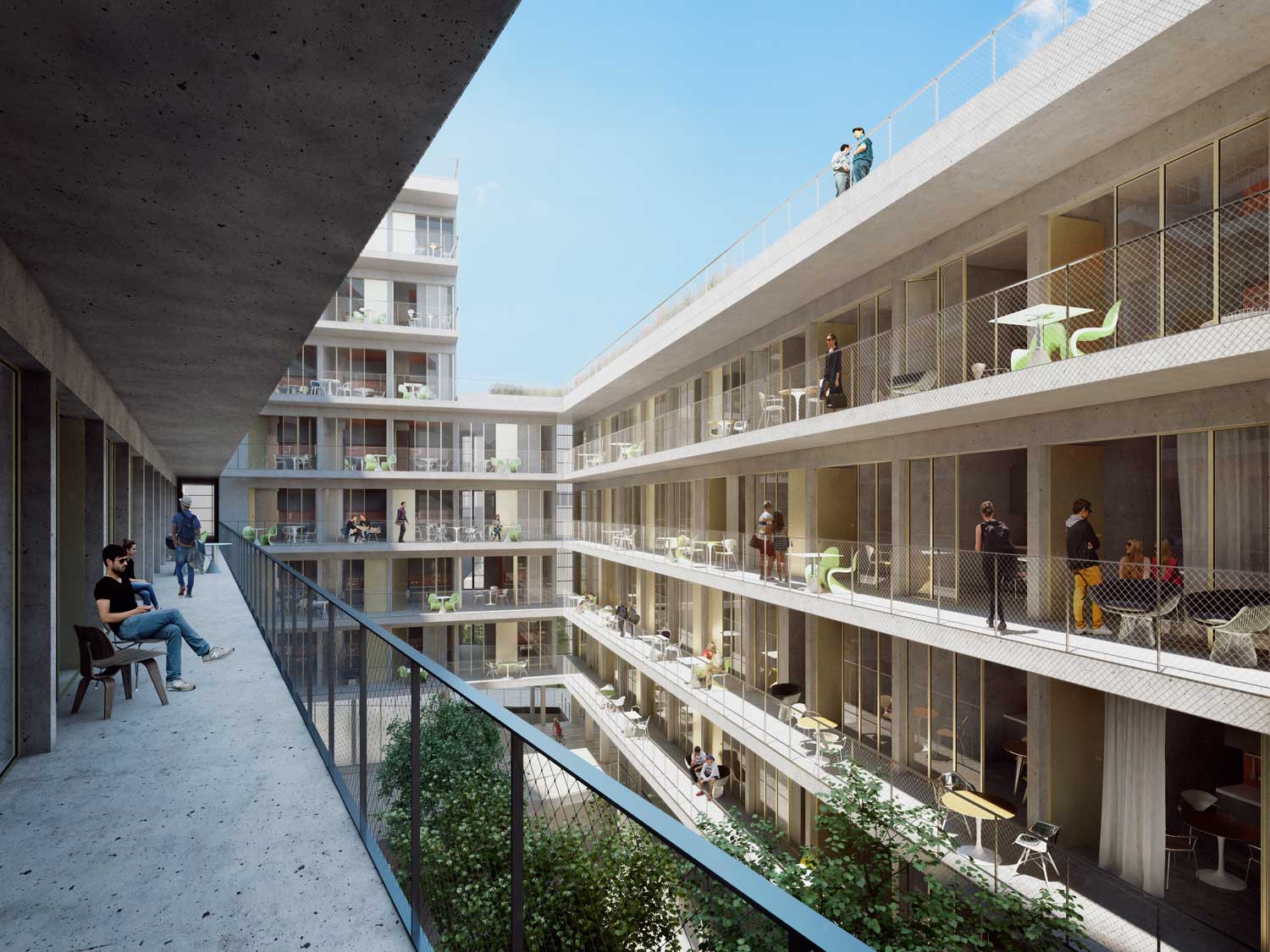 The proposal contemplates two volumes with an interior clearance that will function as the lungs of the University residence. The wide walkways bordering the courtyard will act as an extension of the room becoming in a common space and exchange between residents. The ground floor of the building will be open allowing the access not only to the users but also to anyone who wants to cross the building from one to the other side. 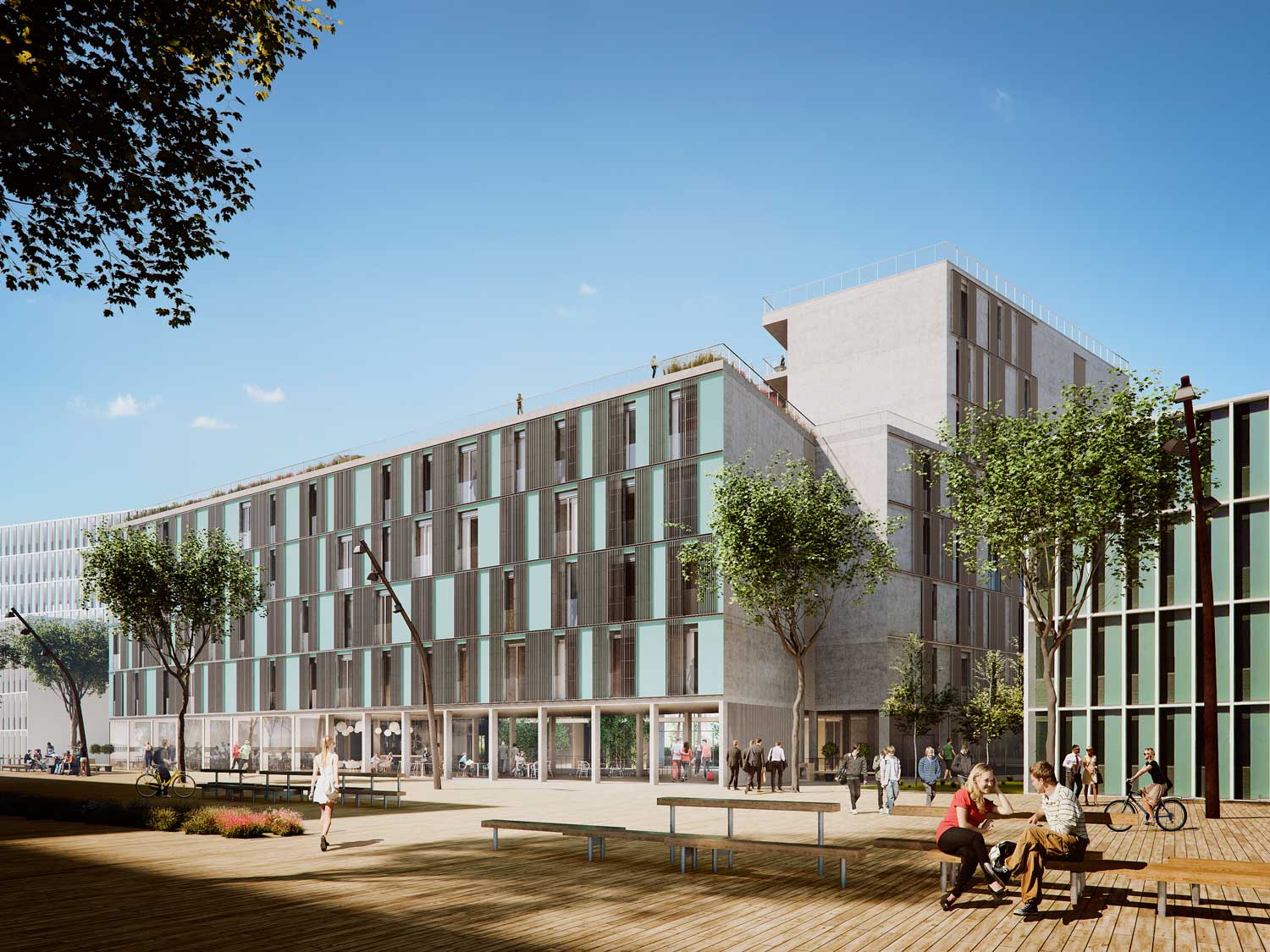 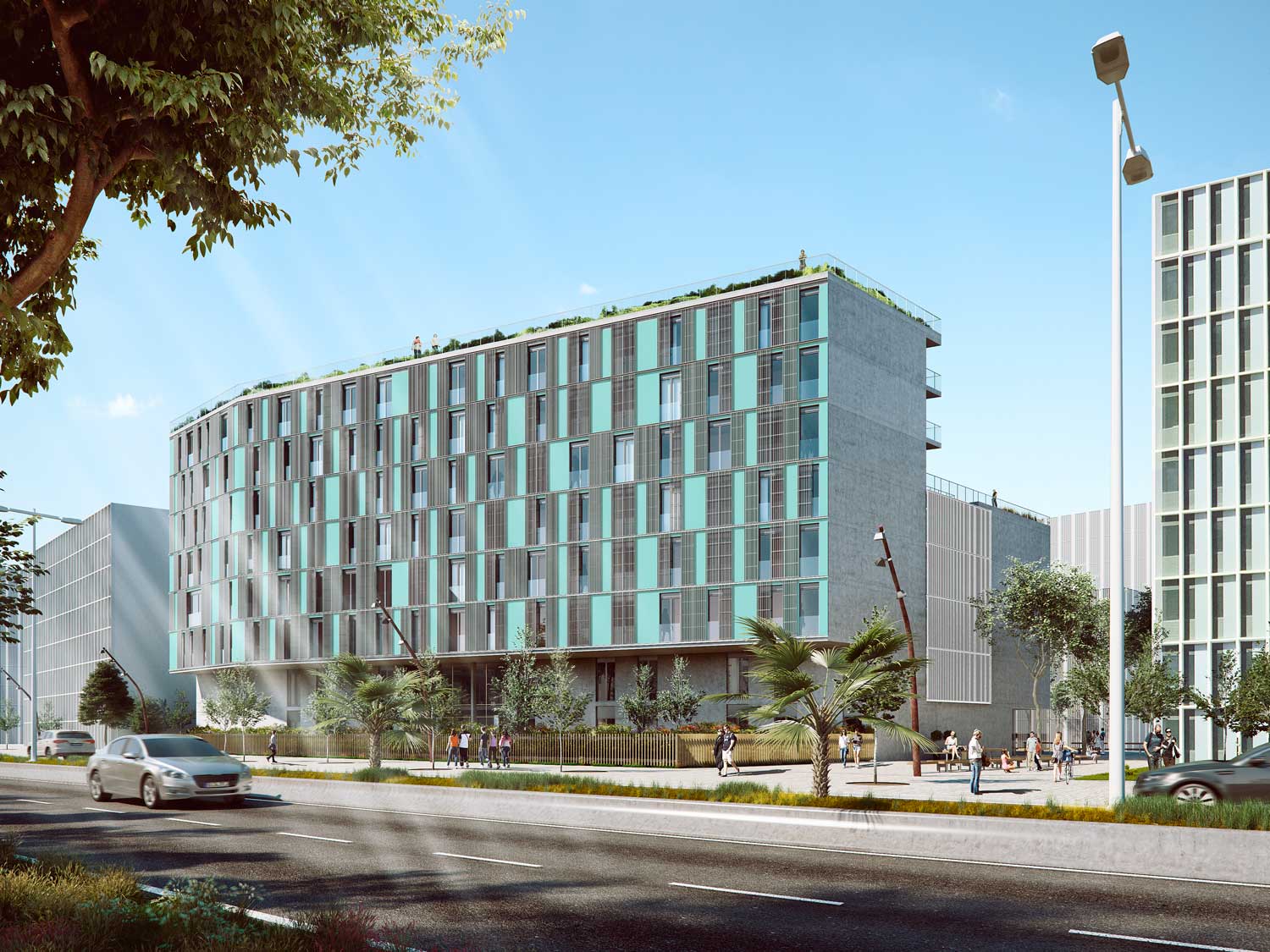 Several tests were made to show them to the client to choose the most appropriate ones. Once selected, we worked more all the details that would be in every image.

In terms of lighting, the client wanted some daytime visualisations with which to be able to show the atmosphere that will be generated with the start-up of the new residence. With the points of view approved, we adjusted the materials and populate the furniture and the vegetation of all the visualisations.

Once launched the architectural renderings in high resolution, the post-production phase was started. In which we adjusted the atmosphere, the lighting was pointed out, materials were adjusted and we populated people.

Finally, we would like to take this opportunity to congratulate the company 4en60 SPV1 for taking the first prize of the competition and, in particular, to the architecture firm Poponcini & Lootens for the great work done.