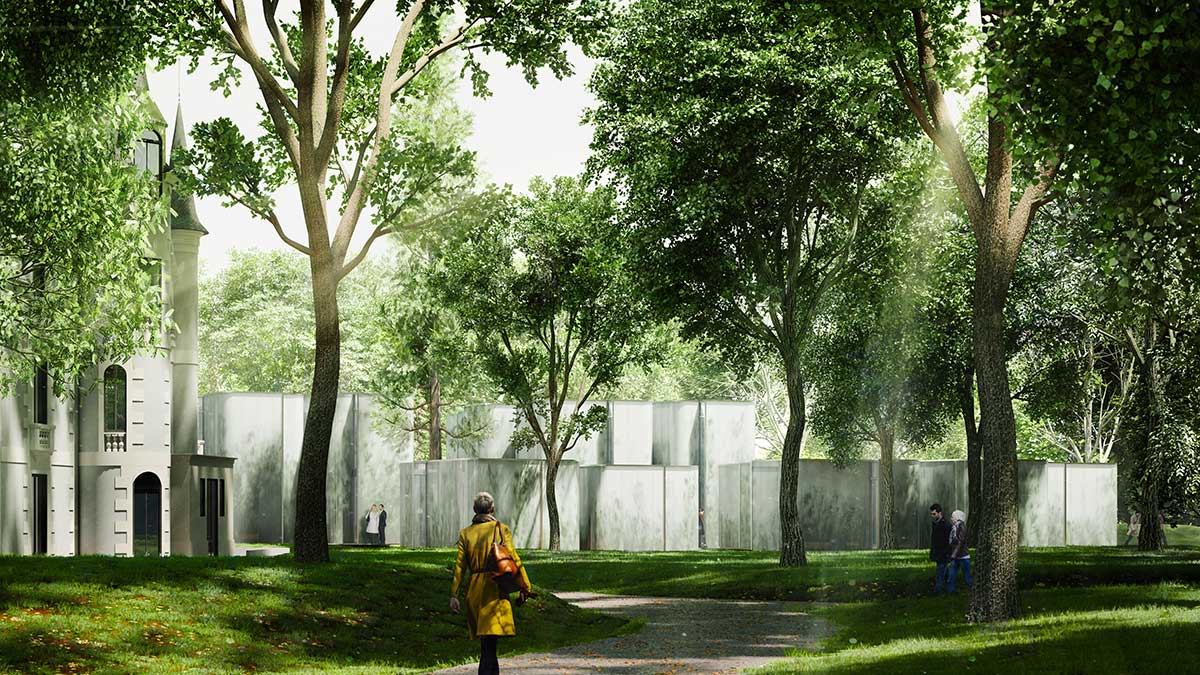 The architectural office RCR Artotec contacted us again requesting two architectural rendering for the new project that they are developing.

The project aims the refurbishment of the Bois Fleuri Castle located in Bordeaux, France. A neo-Gothic style castle located in the Park, of the same name, recognizable to preserve multiple centuries-old sequoias. 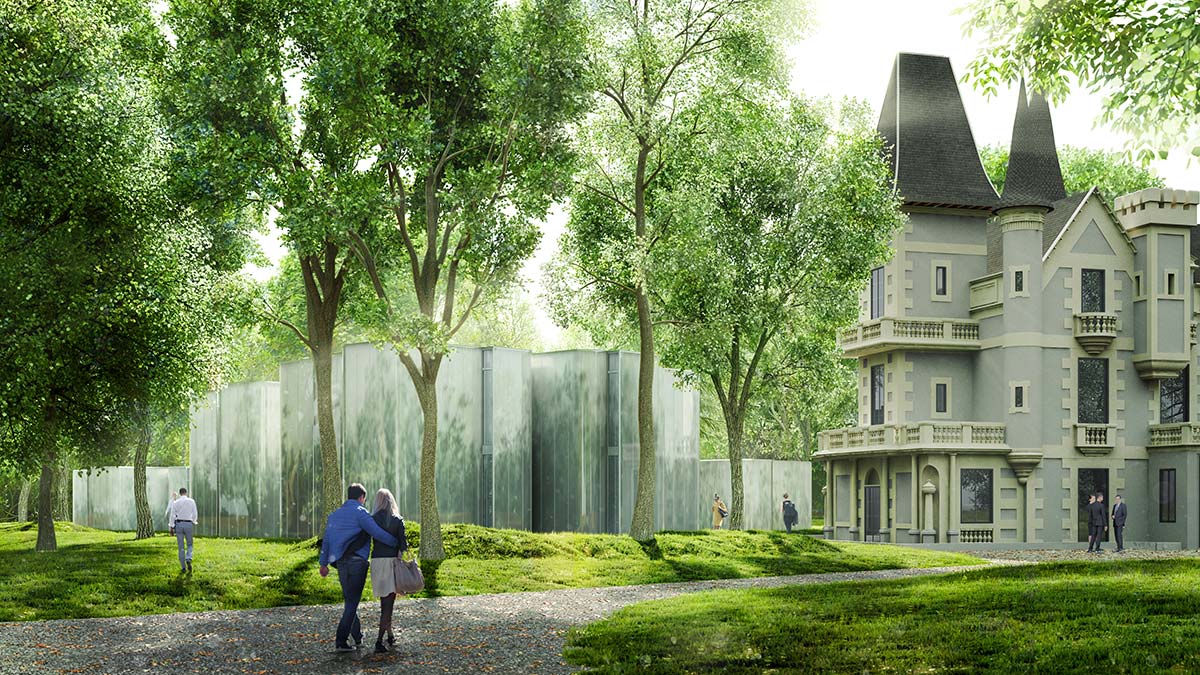 Next to the castle, a new expansion will be constructed transform it into the Hotel Bois Fleuri. A set of modules which by its articulation, composition and materiality splits up in the plot and creates a landscape.

The main idea to perform the architectural rendering was to show that the new building had no presence. The relationship with the Park and the trees is sought through the softness and discontinuity of their boundaries, and the materiality.

The material of the facades is a cellular transparent polycarbonate and behind this, is placed a vinyl with an abstract drawing in watercolor, in black, grey and white with a touch of subtle green. With this a world of reflections, glare and depths is sought.

Regarding the architectural rendering, several tests from different points of view were done until find the ones which better suited to the requirements of RCR Artotec office.

We modelled in house the Bois Fleuri castle since it was impossible to get real photographs due to the density of the surrounding trees.

Once modeled the two buildings, we started lighting the scenes as it was one of the aspects that would most influence to achieve the poetry images sought by the architects.

We opted to perform the architectural rendering with daylight since it would show the characteristics of the material used in façade. At the same time, it allowed to play with light filtered through the existing trees.

Finally, people were populated in order to liven up the scene and bringing it closer to the final viewer.