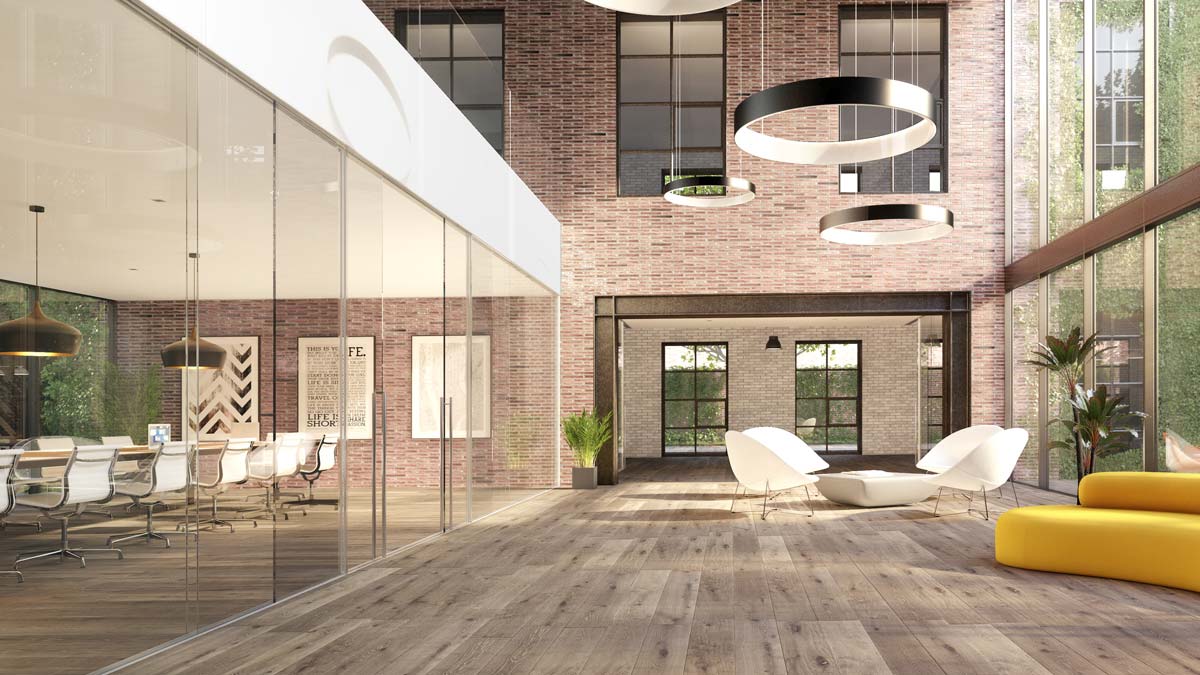 The international company of sliding doors Klein contacted us to produce the images for the brochure of the new product that have developed, the Panoramic system. 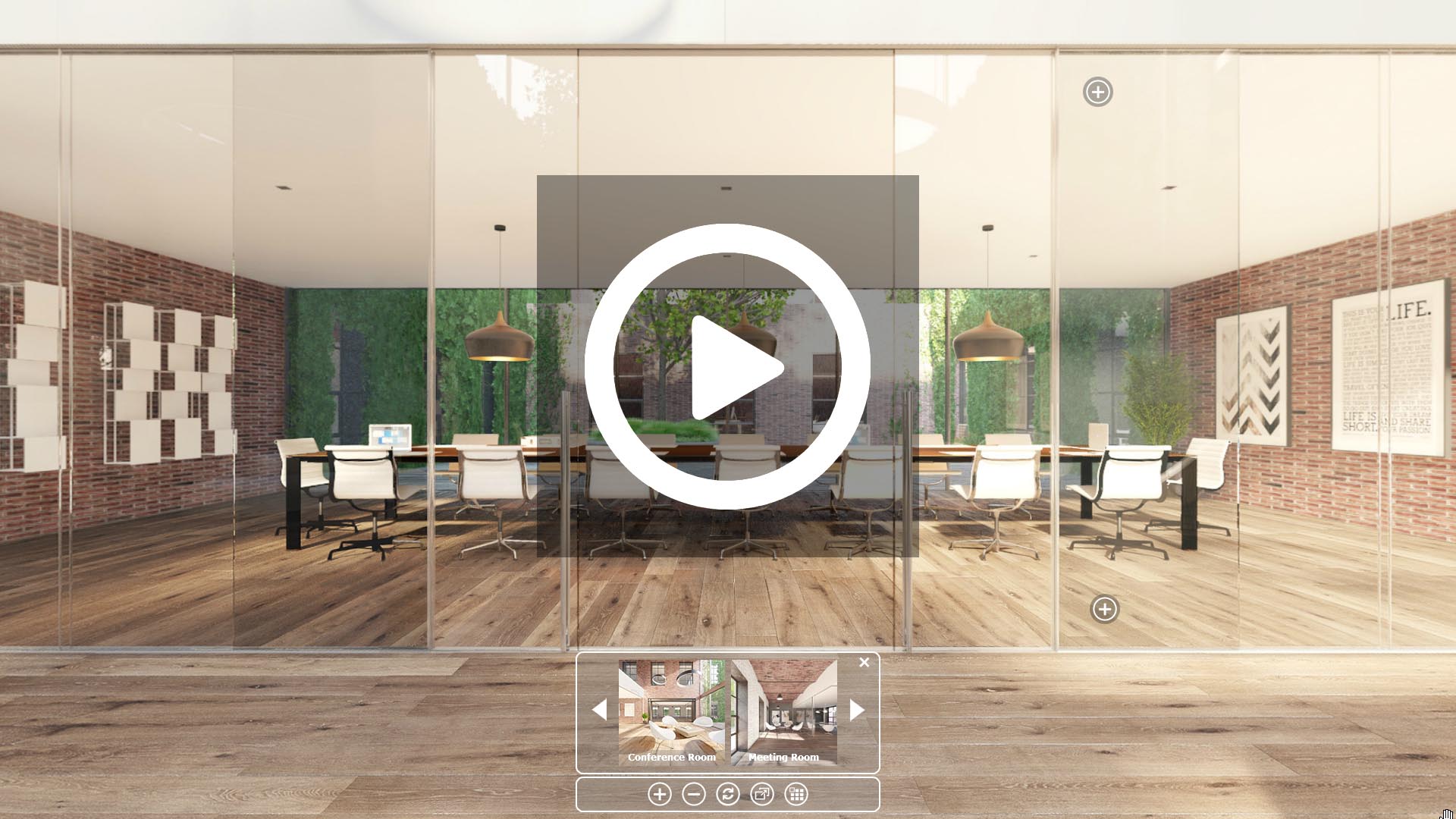 It is a new system of glass office dividers. A versatile system that provides different solutions with the same upper tracks making more flexible the organization of the spaces. The system is also unburdened by visible track or frames offering a panoramic view. 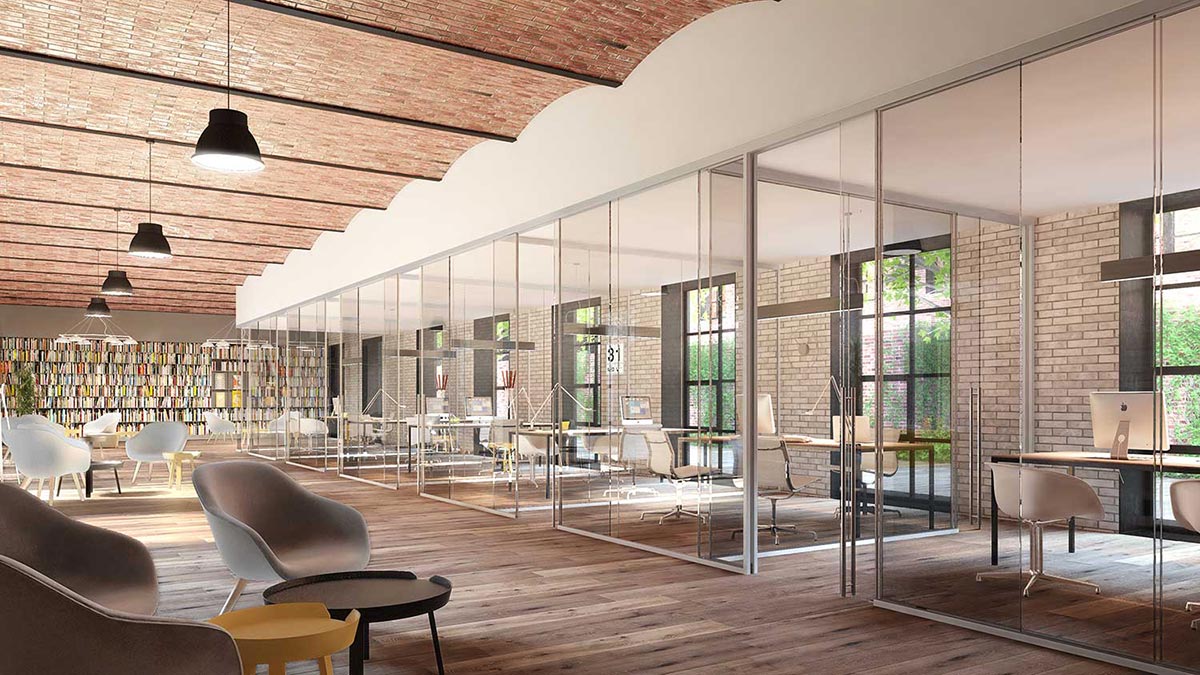 On this occasion, the commissioned included, in addition to the still architectural renderings and the virtual tour, the distribution and the design of the whole space. The client did not have a real space on which to base and his only condition was to obtain some striking images in which appear the product in its different variants. Berga&Gonzalez designed a layout that met the marked requirements. 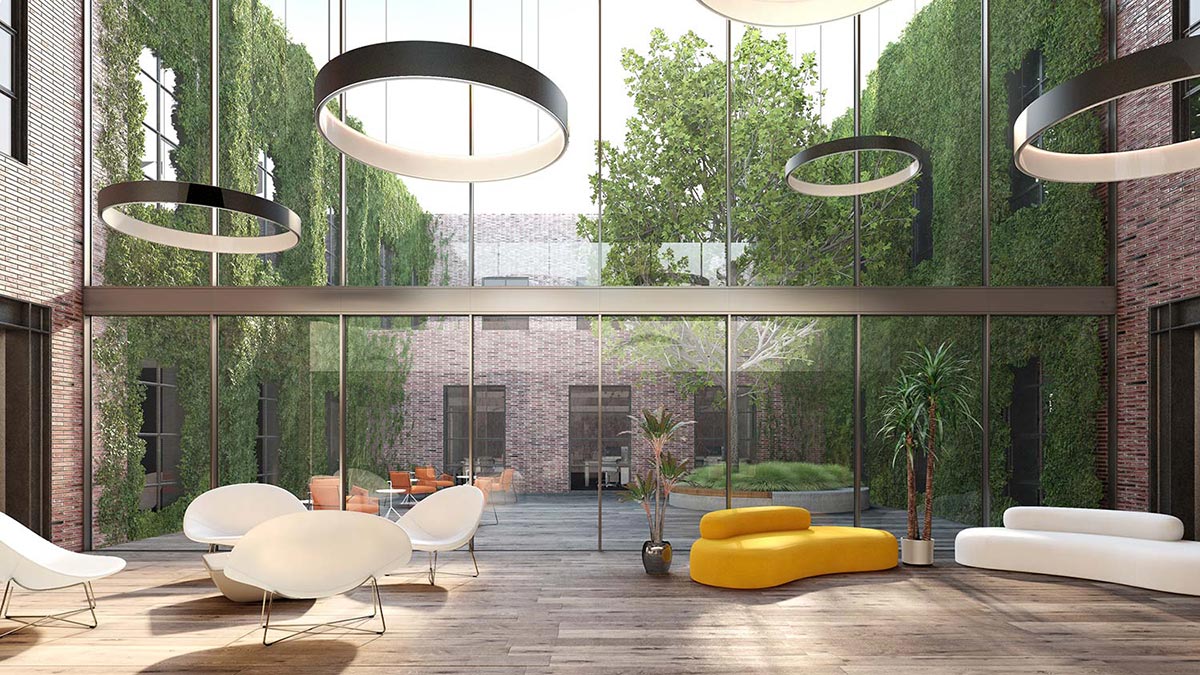 To define the design Berga&Gonzalez thought in some coworking offices that had common areas, individual offices and meeting rooms. In this way, appeared the different possibilities offered by the system. As the location of the coworking we opted for an old restored factory. A location that was fleeing the traditional office that appears in the architectural renderings of the brochures of such products and at the same time brought positive values to the brand. 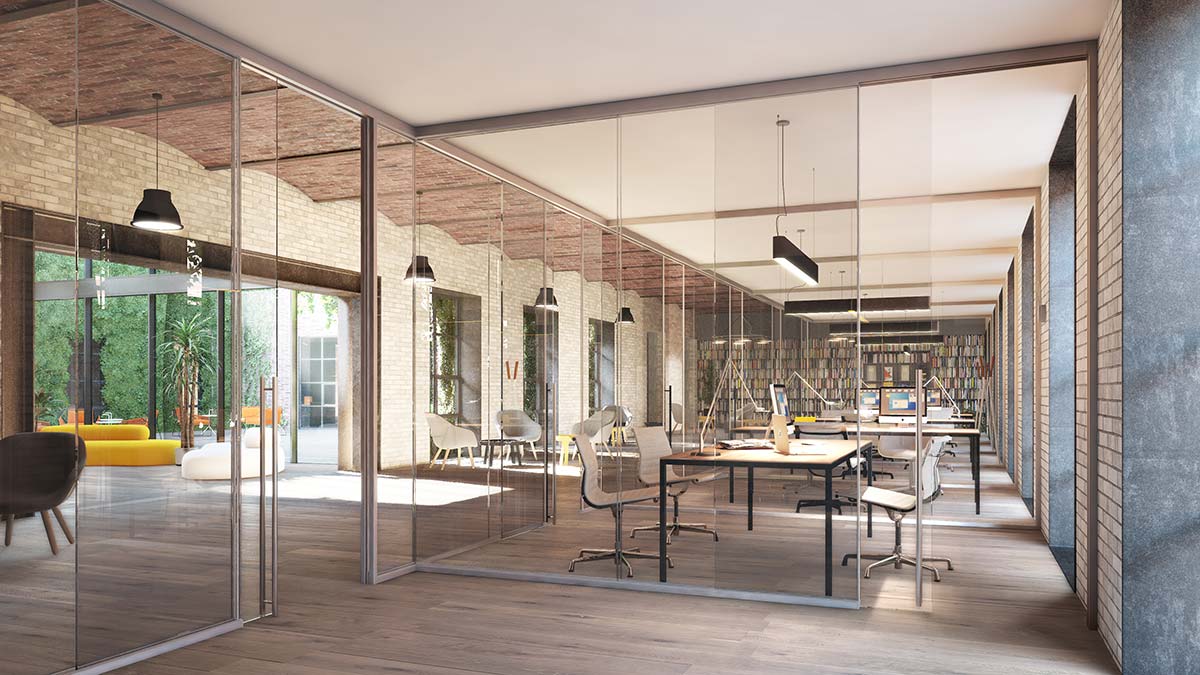 For the interior design of the space, we decided to create offices around an inner courtyard. A courtyard featuring natural light making them more welcoming. The materials used also sought to move away from the classic image in grey tones of these products. We used hand bricks and parquet flooring contributed to get a more warm tone to the architectural renderings. 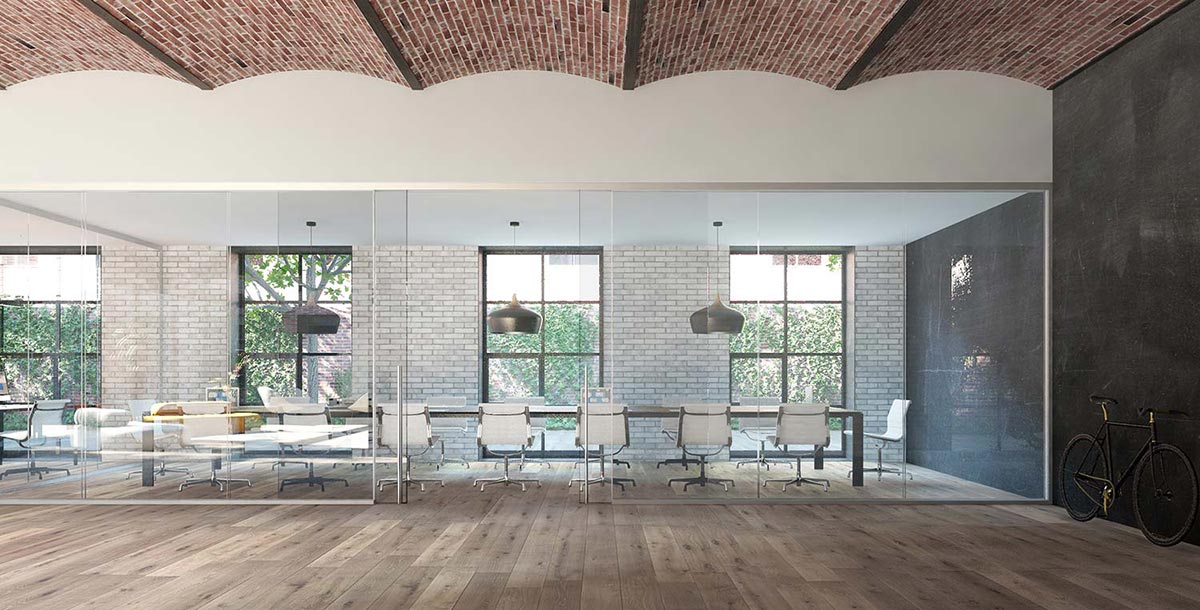 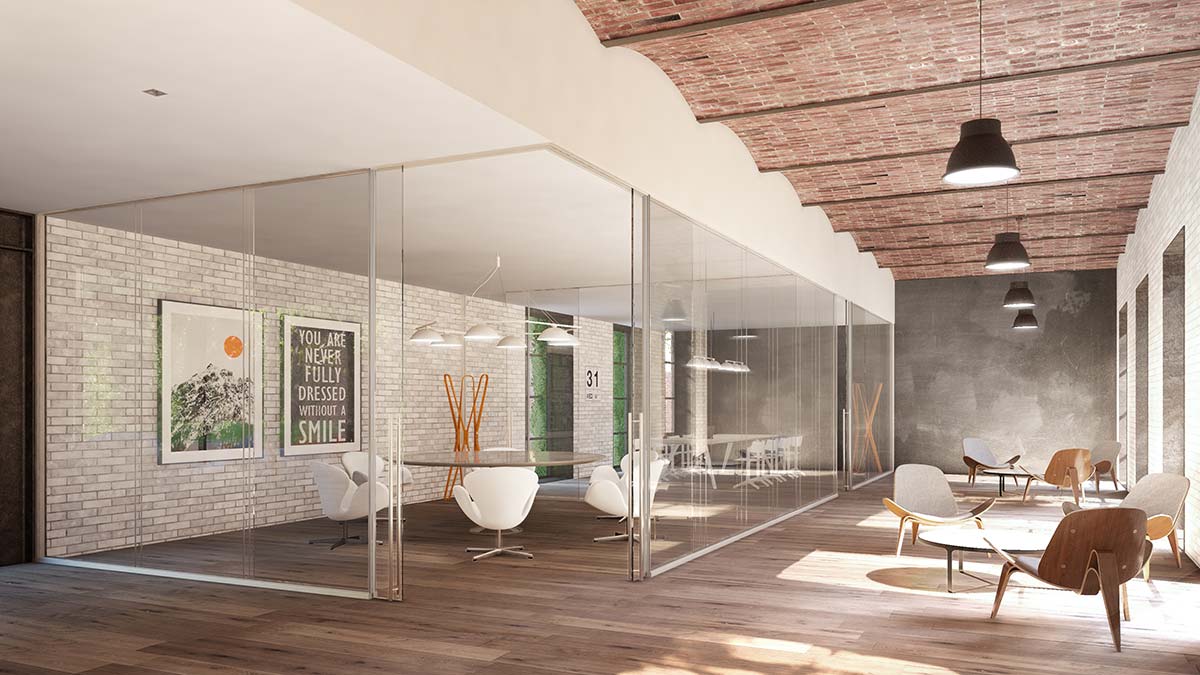 On the Klein’s website you can download the brochure of the Panoramic System in which the architectural renderings are the stars.