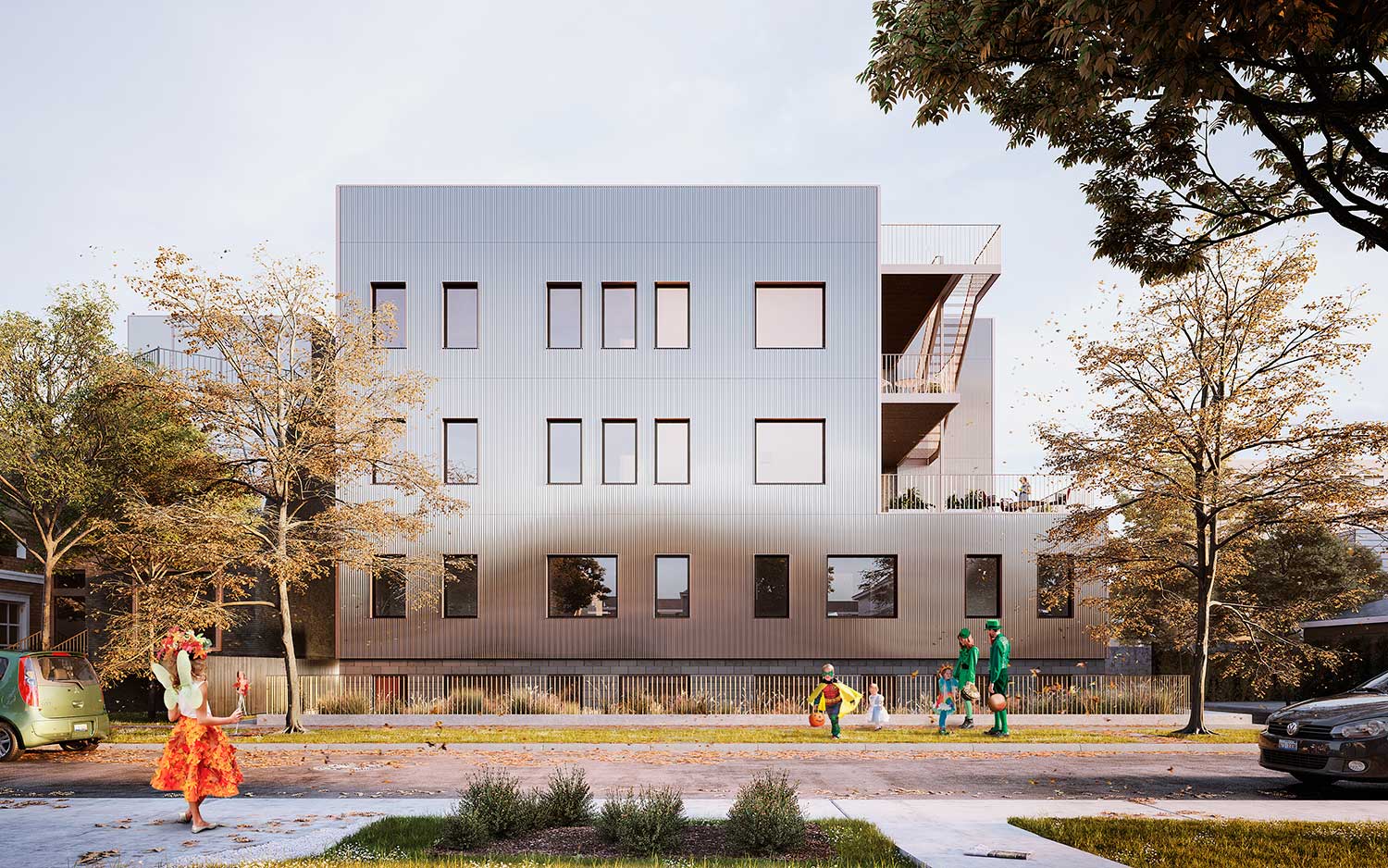 Property developments often contact us requesting some commercial architectural visualisations to seduce the prospective buyers and get the long-awaited sale of each one of the houses that composes the property development. 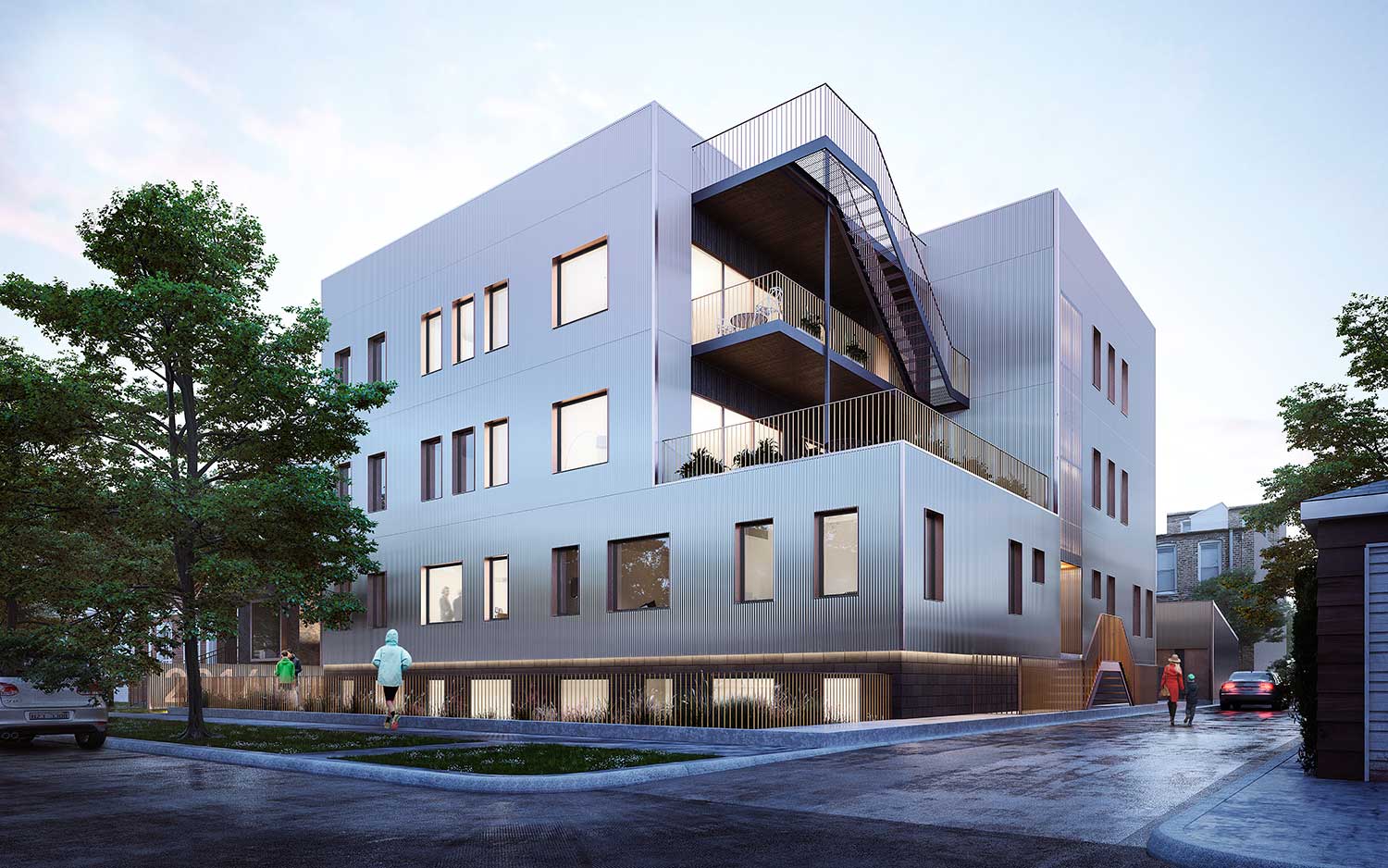 We return to work in the USA with this project of housing in the city of Chicago, designed by the firm of architecture Radutny architects. The project is located in a suburb of Chicago of industrial origin, which is in the process of conversion.

The project seeks to maintain the air industrial but at the same time adapted to an architecture more avant-garde. The diagram of the building is of getting a base solid black cover by a metallic veil with which keep the touch industrial.

The base of the building is composed of black concrete blocks while the entire top is covered by a corrugated galvanized panels that provide movement and reflexions to the entire façade showing a variety of colors throughout the different seasons of the year.

Both the developer and the architectural firm were very satisfied with the quality of the final visualisations, and thus we hope to collaborate in new projects shortly.