Architectural visualisation of a school in Dubai designed by RCR arquitectes 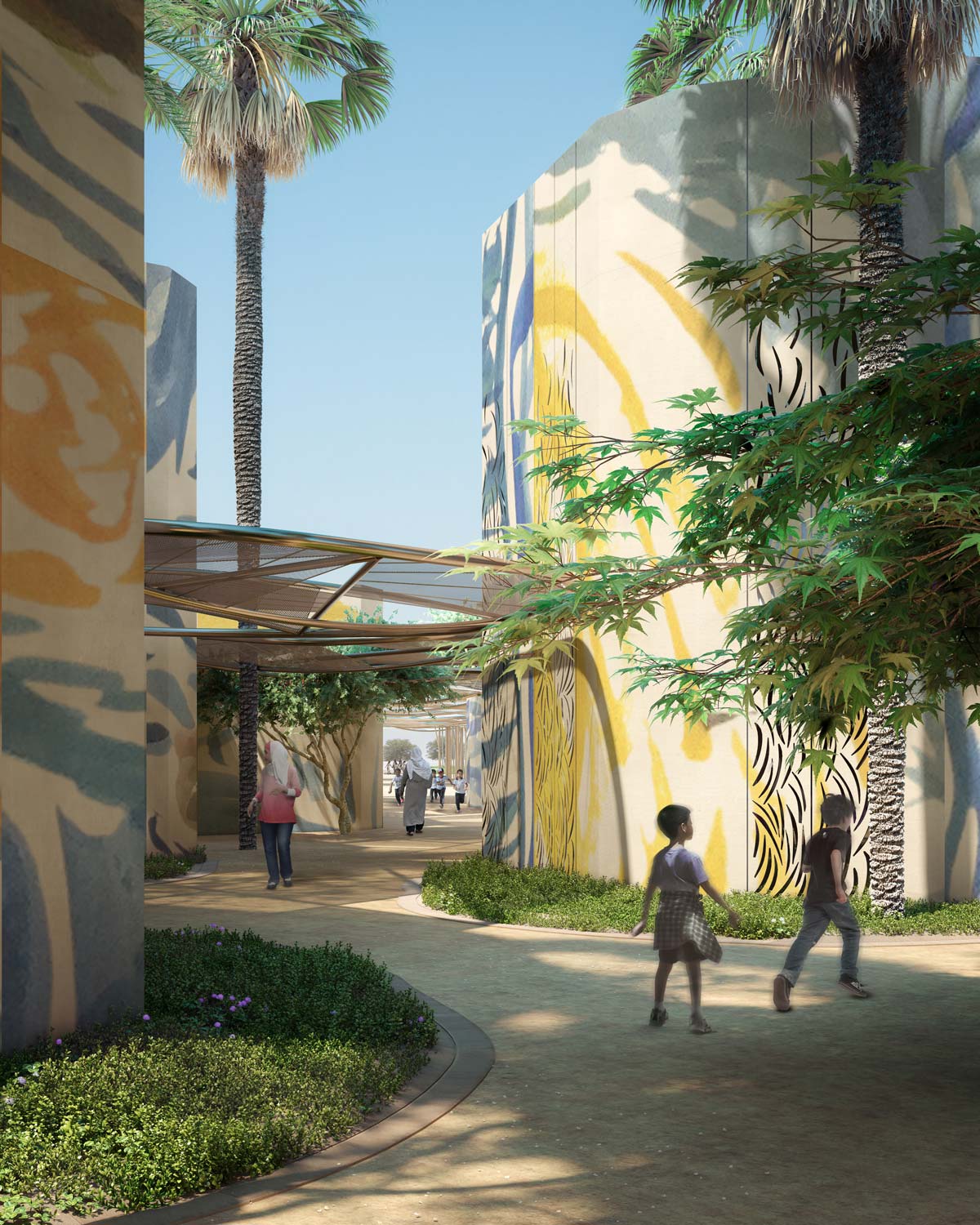 RCR arquitectes, recent winners of the prestigious Pritzker Architecture award 2017, are in charge of developing a new project in the city of Dubai. 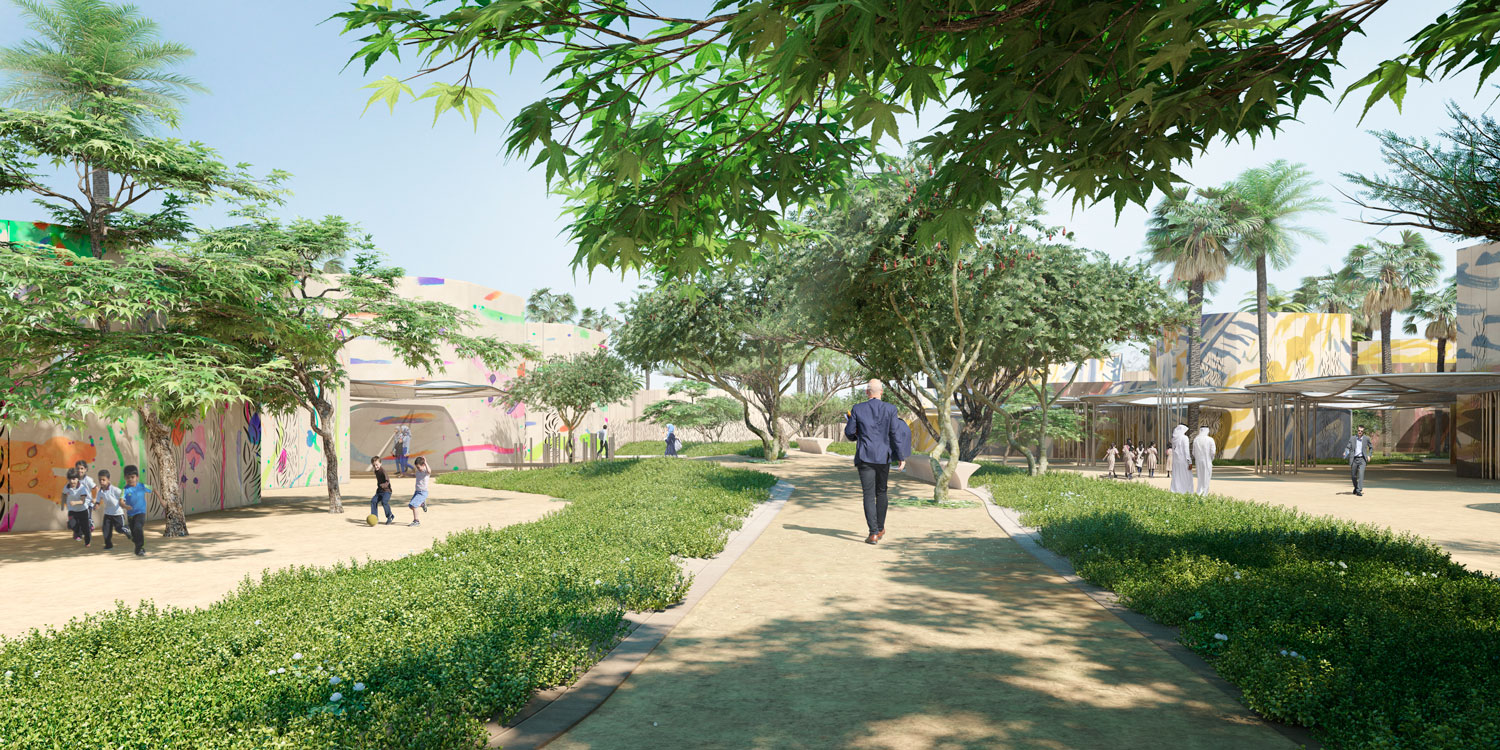 It is the development of a school on the outskirts of the city. The campus of the Dar al Marefa school aims to become a completely renewed and updated school and, in turn, be a reference to the community. 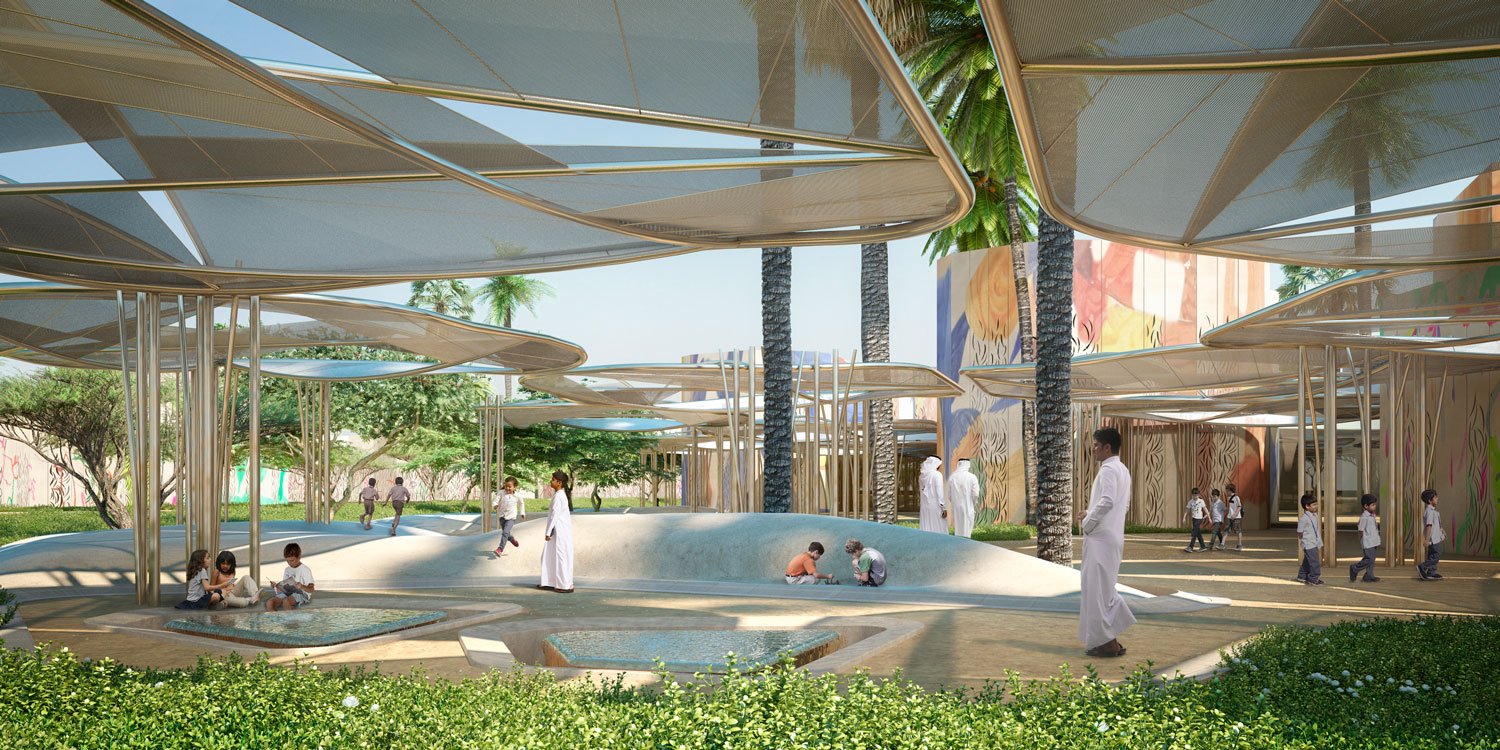 Through a hexagonal modulation, the school is being built. A standardization that seeks to save costs in the construction of the project. Between the beehive generated, new pathways are created through new areas to discover. 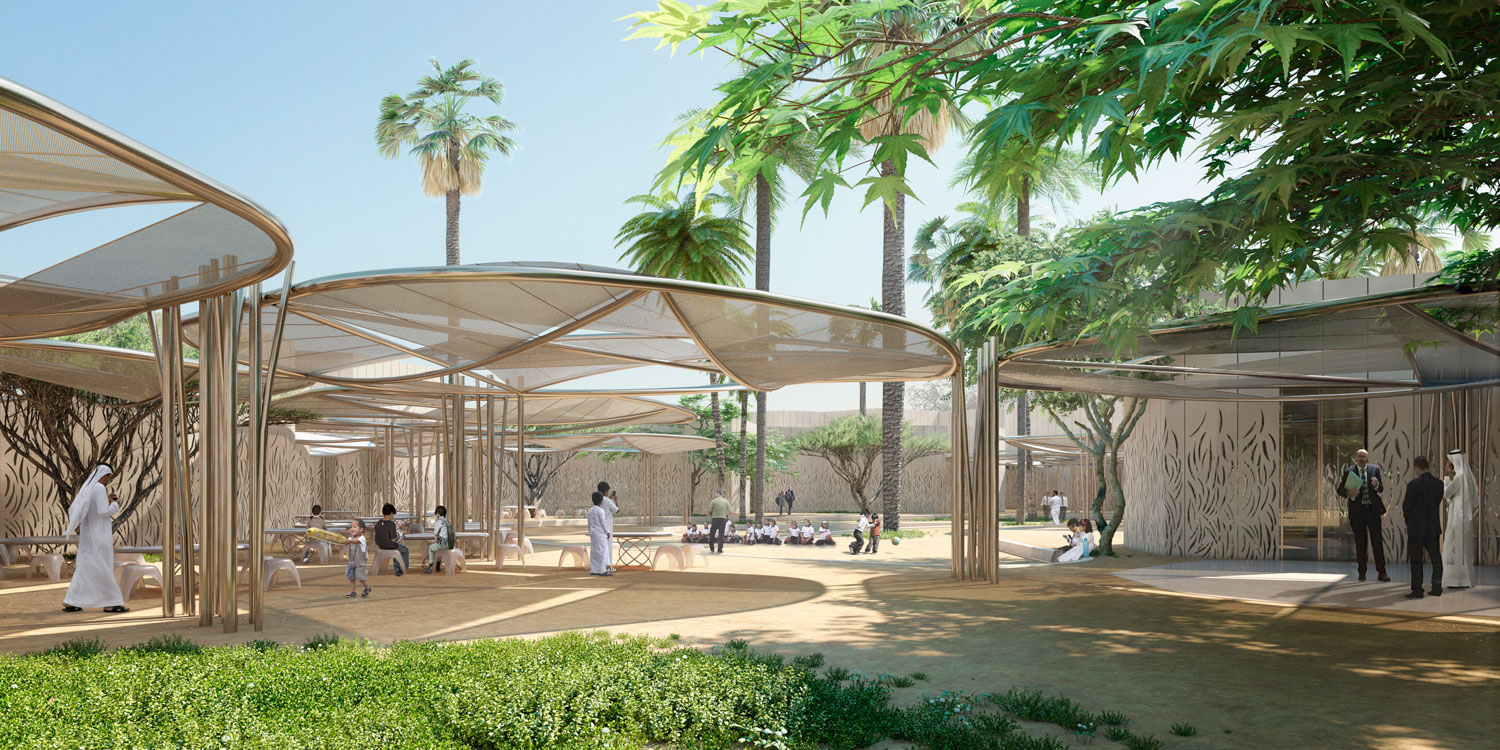 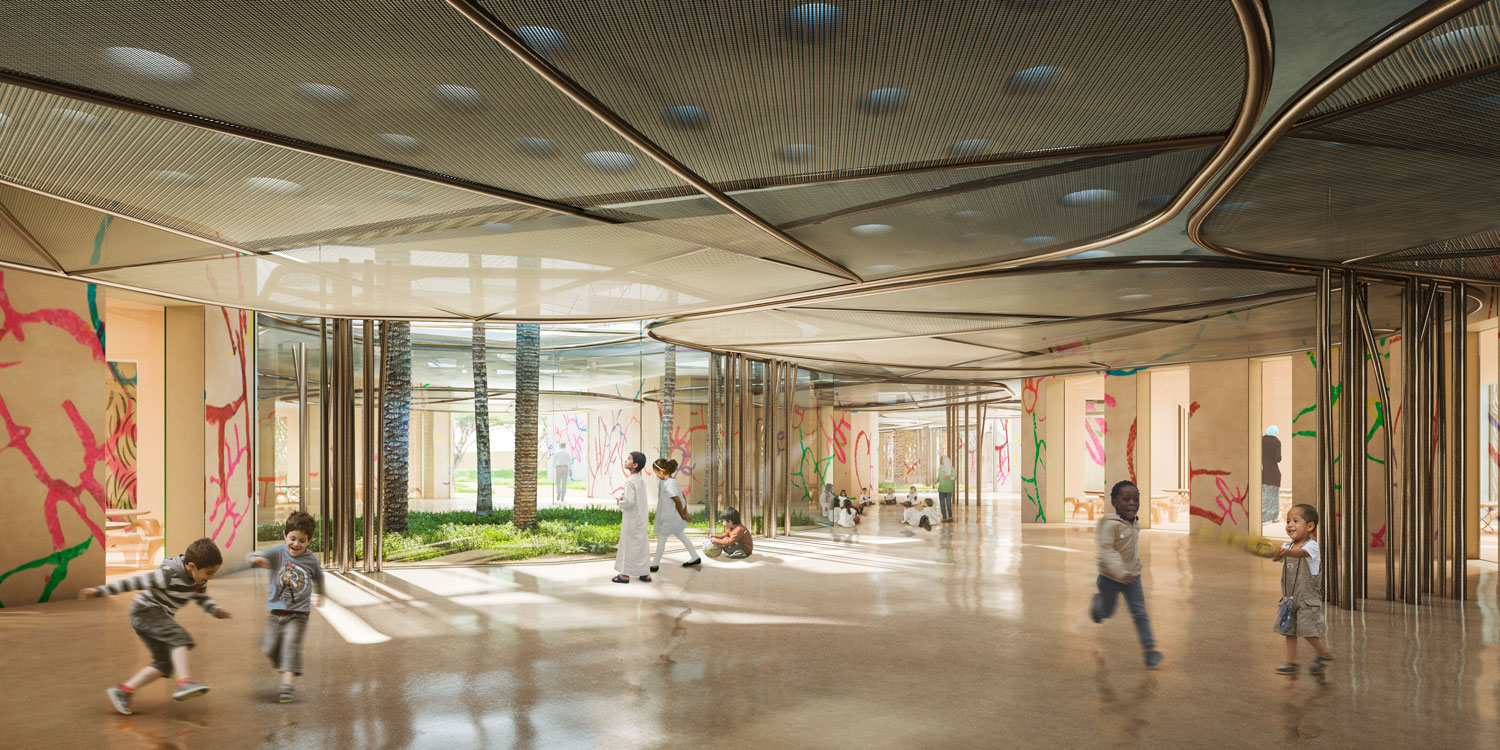 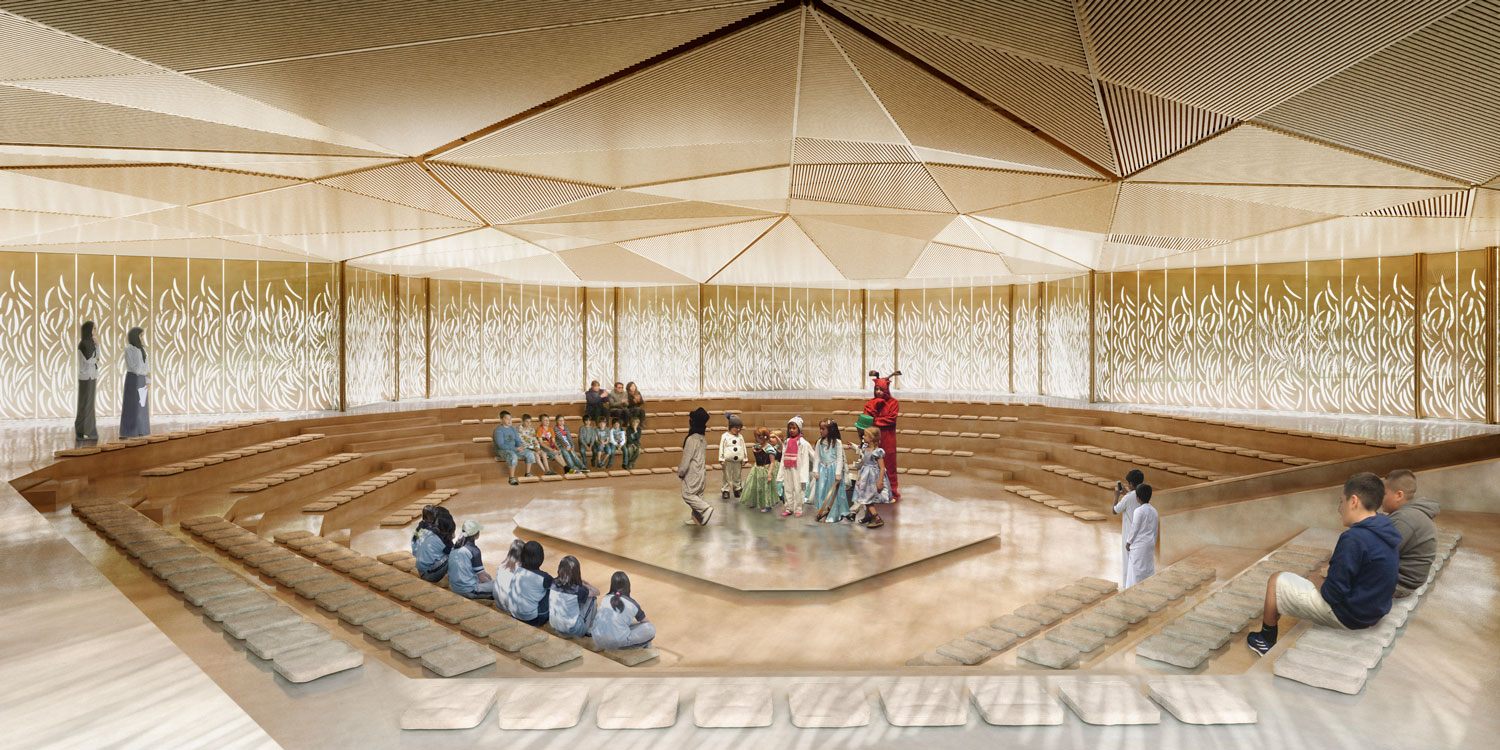 Once points of view and lighting were defined, we worked materials, trees, and people in the post-production phase. By means of small adjustments, the final visualisation was produced. 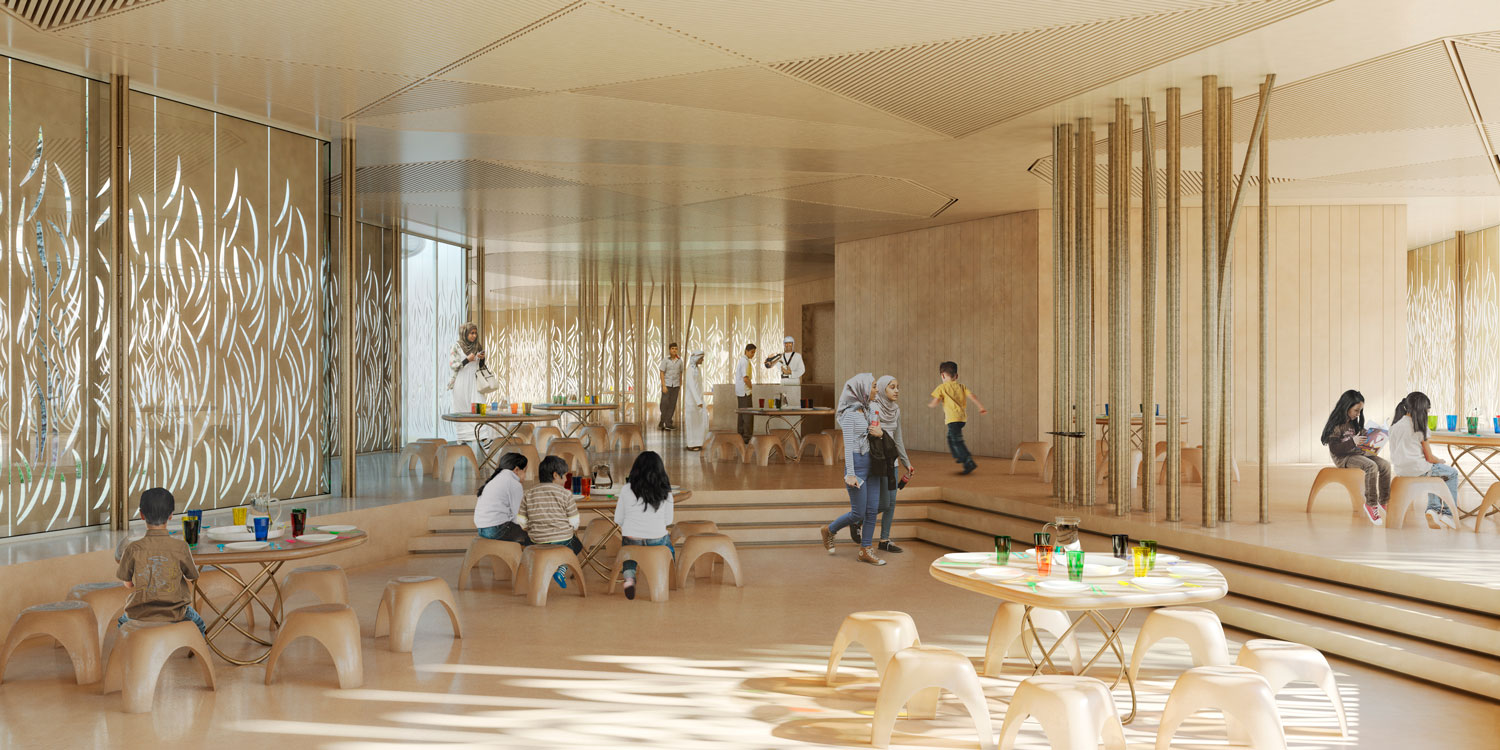 In this project there were two versions of architectural visualisations, the version for RCR arquitectes and ours. It is usual to do multiple versions of the images because depending on the client and the final public that go for it is better to highlight some parts or another ones. The ones published in this post correspond to our version. 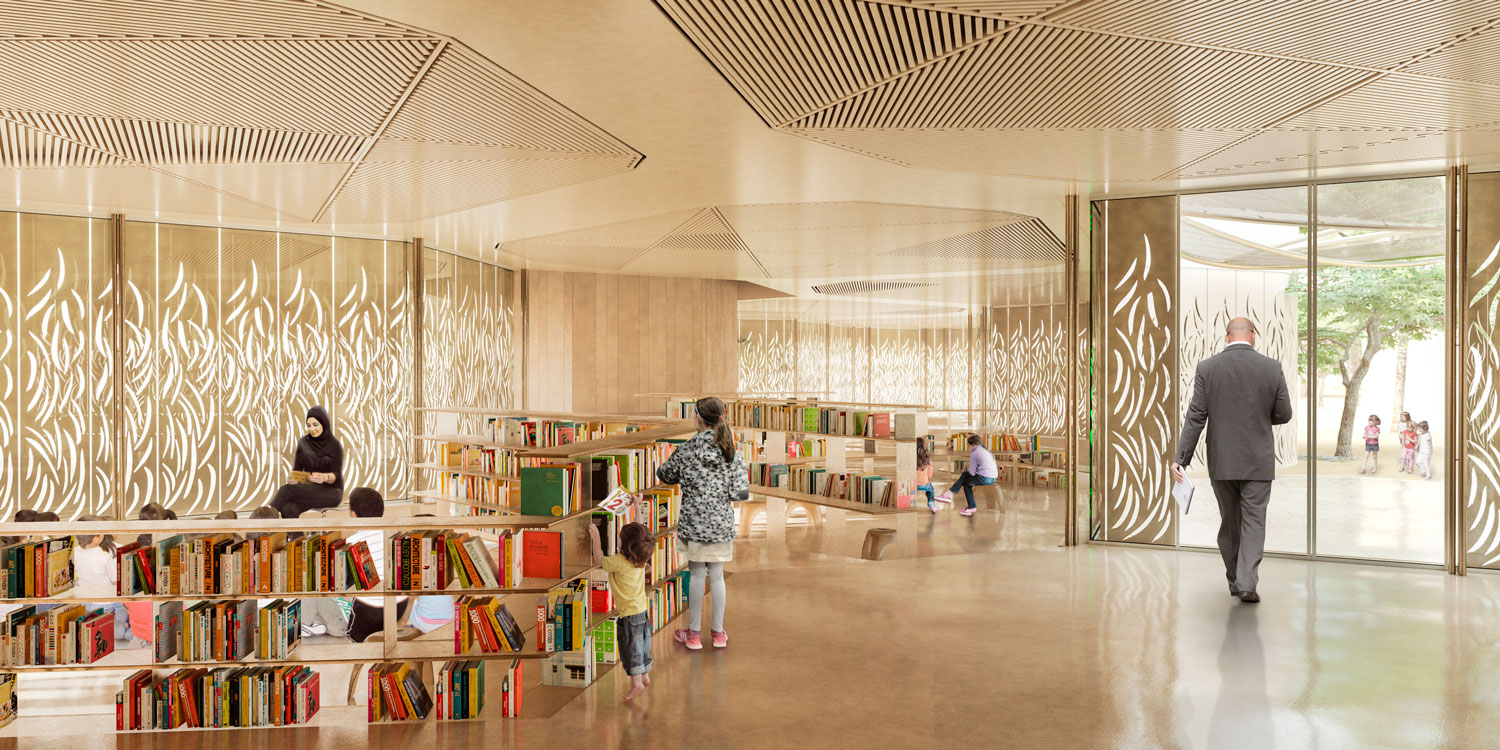 We hope to publish soon new architectural visualisations of projects of the catalan studio RCR arquitectes and, above all, we want to congratulate them again for as much deserved Pritzker Architecture Award. Congratulations to all the RCR team!